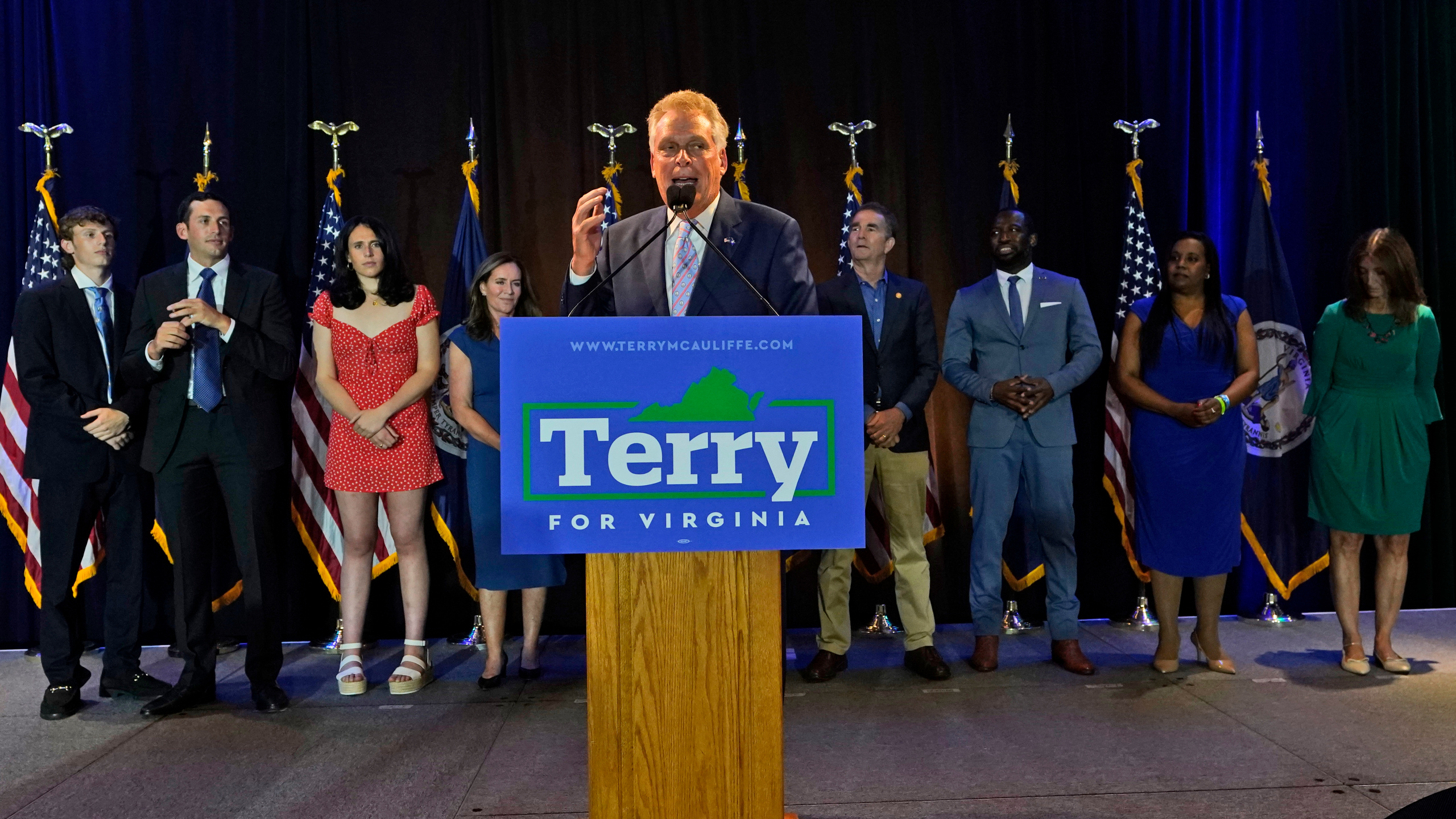 Jack Ciattarelli (R) will win the Republican nomination for New Jersey governor, CNN projected, setting him up to take on Gov. Phil Murphy (D) in the fall.

Gallup: “U.S. support for legal same-sex marriage continues to trend upward, now at 70% — a new high in Gallup’s trend since 1996. This latest figure marks an increase of 10 percentage points since 2015, when the U.S. Supreme Court ruled that all states must recognize same-sex marriages.”

A new Glengariff Group poll in Michigan finds Gov. Gretchen Whitmer (D) with a 50% to 44% approval rating. In February, her approval rating was 58% to 38%.

Focus groups conducted by Democratic pollster Celinda Lake warn that many voters “have trouble describing a clear positive vision of what the Democratic Party stands for,” NBC News reports.

The study of swing voters and liberal “surge” voters in competitive districts indicated that the party “needs to achieve more legislative victories or it could lose key voters in the midterm elections next year.”

From the memo: “Voters are not hearing enough about what Democrats have accomplished, what they are fighting to accomplish, and how they are standing up for voters’ values and priorities.”

NORTH CAROLINA U.S. SENATOR — Congressional Republicans performed well in 2020 by nominating candidates in swing races who could sidestep Trump’s negative attributes while still reaping the benefits of an energetic base. But Trump’s recent endorsement of Rep. Ted Budd of North Carolina for Senate may be the rare occasion where they fail to optimize based on this formula.

To see why, I recommend watching Budd’s 3-minute campaign announcement video. It’s replete with a monster truck running over “the liberal agenda” and Budd at one point being offered a military-style rifle in case he needs to kill political opponents. I’m not exaggerating that last point. This kind of persona may serve him well in a crowded GOP primary, but it’s relatively unproven for a statewide election in a purple state without Trump on the ticket.

For sure, Budd could win in a midterm election through a pure-base strategy, but as we’ve seen, pressing those buttons too hard tends to motivate Democrats as well. That’s playing with a lot of fire for a midterm electorate in a 50-50 state.

Perhaps Budd pivots to a more inclusive approach for the general. Perhaps North Carolina Republicans shrug off the endorsement and end up nominating a different challenger such as former Gov. Pat McCrory. But if I’m a North Carolina Democrat, I’m starting to see the pieces come together for flipping a pivotal Senate seat in 2022.

“And as I mentioned, while our models already assume that the errors between different races are correlated, those correlations may be even higher in an era of greater partisanship, so we’ll want to look at that, too.”

FiveThirtyEight’s “deluxe” model fared particularly poorly in toss-up congressional races in 2020, only correctly forecasting 37% of them.

Daily Kos: “Despite his statewide loss, Donald Trump carried 31 Senate seats to Biden’s 25, as well as 94 House districts compared to 86 for Biden.”

“Diving deeper, we can sort each district in each chamber by Biden’s margin of victory over Trump to see how the seat in the middle—known as the median seat—voted. Because both chambers have an even number of seats, we average the two middle seats to come up with the median point in each chamber.”

“Taking this approach, we find that the median Senate seat backed Trump 57% to 42%, a full 15 points to the right of his statewide margin.”

FLORIDA 27TH CD — Democratic State Rep. Nick Duran had been reportedly considering a bid for this Miami-area district, but he could also have his eyes on another seat. Duran and Miami City Commissioner Ken Russell were both reportedly eyeing this seat, but with Russell launching a campaign for Senate last week, Duran is reported to have expressed interest in replacing him.

There’s no word from Duran himself, and the only Democrat so far to publicly express interest in running here is former Rep. Donna Shalala, who narrowly lost to current Rep. Maria Elvira Salazar last year.

Former President Barack Obama told CNN that Republicans have been forced into accepting “unrecognizable and unacceptable” positions within their party.

Obama said the Republican establishment was “cowed into accepting” the statements that “would be unrecognizable and unacceptable even five years ago or a decade ago.”

Said Obama: “We have to worry when one of our major political parties is willing to embrace a way of thinking about our democracy that would be unrecognizable and unacceptable even five years ago or a decade ago.”

OHIO 15TH CD — State Rep. Brian Stewart announced he was dropping out of the crowded GOP special election primary field to replace former Rep. Steve Stivers. Stewart candidly acknowledged he was dropping out because he did not think he could compete with fellow state Rep. Jeff LaRe, who has the backing of Stivers and his vast campaign war chest.

There have been several Republicans who have expressed interest in a primary challenge against Rice since he angered the GOP faithful with his vote to impeach Donald Trump in February, but so far only McBride and Horry County School Board chair Ken Richardson have launched bids.

“Former President Donald Trump will go on a tour with Bill O’Reilly to talk about his presidency, with a series of paid ticketed events planned for December in Florida and Texas,” Deadline reports.

Said Trump: “These will be wonderful but hard-hitting sessions where we’ll talk about the real problems happening in the U.S., those that the Fake News Media never mention.”

Nate Cohn: “It is far too soon to evaluate Mr. Manchin’s chances in 2024, but early indications are not promising. Mr. Manchin voted to convict Mr. Trump at his impeachment trial in February, and he has been front and center in major legislative debates over enacting President Biden’s agenda.”

“According to the Cooperative Election Study, a prominent academic survey, Mr. Manchin had just a 33% approval rating in October 2020, while 51% disapprove of his performance.”

“Mr. Manchin’s departure, whether in 2024 or thereafter, will mark the end of an era. There will be no Senate Democrat whose electoral history and coalition are so completely at odds with the new activist base of the party. Progressives will be free from the burden of trying to lure a senator with such a conservative voting base.”

Joe Manchin has made the point that passing the upgrade to the Voting Rights Act – the so-called John Lewis Voting Right Act – is a better path to securing voting rights than the For the People Act. Voting Rights types generally don’t agree. You need both, they say. But the whole question is sort of moot because, as TPM alum Sahil Kapur notes, there aren’t any Republican votes for the Voting Rights Act either. Or rather, there is one GOP supporter, Lisa Murkowski.

NORTH CAROLINA 11TH CD — A new political action committee is taking aim at Rep. Madison Cawthorn (R-NC), established only with the goal of removing him from the U.S. House of Representatives, the Asheville Citizen Times reports.