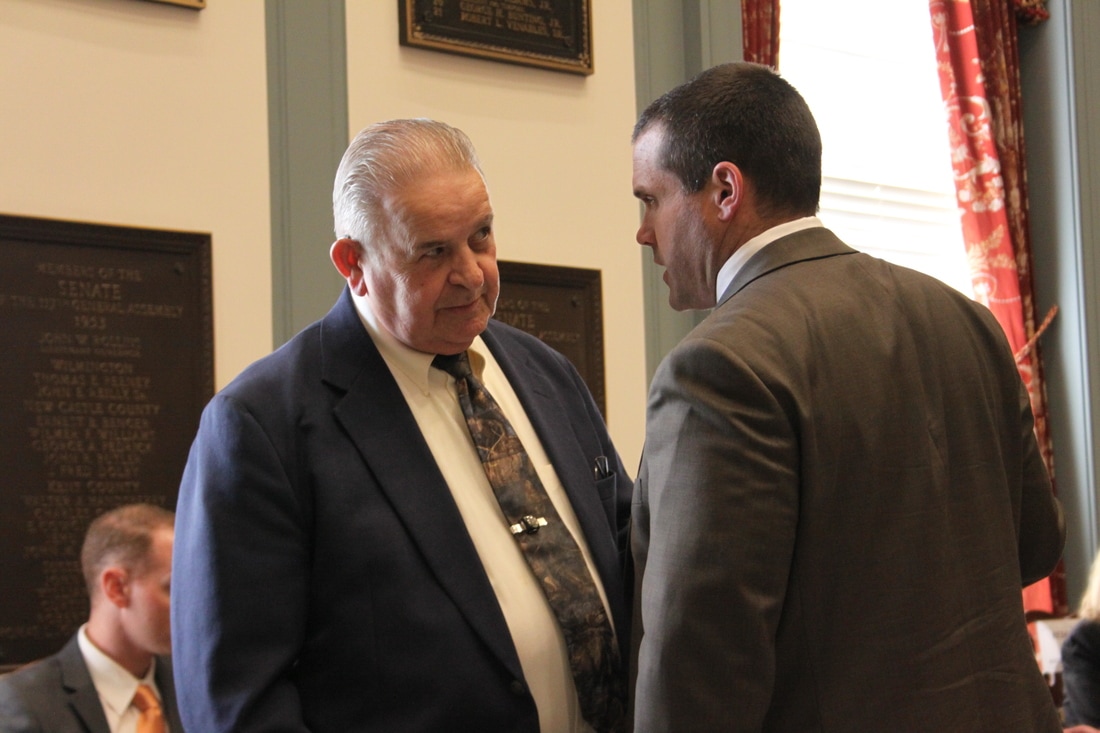 Bruce Ennis: The Joe Manchin and Kirsten Sinema of Delaware. In other words, a conservative Democrat who likes to sh*t on working people in order to prove their conservative credentials.

Senator Ennis voted no along with all Senate Republicans on House Bill 88, a bill that would repeal the Youth and Training Wage that was established in 2018 as a compromise to end the criminal hostage taking by Republicans. House Bill 88 passed by a vote of 13-8. It has already passed the House, so it is now being sent to Governor Carney for his signature or veto. It would totally be a Carperdyne move for Carney to veto the bill to prove that he is also bipartisan.

In 2018, the Democrats were passing a minimum wage increase to $9.25 at the time. As an aside, Speaker Pete Schwartzkopf, when pressed on passing Senate Bill 15, which raises the minimum wage to $15, gets angry and says we already raised the minimum wage, and $9.25 is enough for now. But I digress. As we know, there is nothing more Republican than paying slave wages to working people, so naturally raising the minimum wage angers them and performatively bipartisan Democrats. So Republicans took the 2018 Bond and Grant-in-Aid Bills hostage, because Republican votes were required to pass them back then since both budget bills need a super majority to pass.

A deal made with criminals is never to be honored, so I am glad the House and Senate have now passed the repeal of these youth and training wages.

“The minimum wage should be just that – the absolute minimum employers are legally allowed to pay a worker for their labor,” said Sen. Jack Walsh, the Senate prime sponsor of HB 88.

“People don’t pay different rents based on their ages. The price of a gallon of milk doesn’t change depending on how long someone has been employed,” he said. “Two workers doing the exact same job should be paid the same, regardless of what month they were born or what season they were hired. I want to thank my colleagues for voting today to close this shameful and discriminatory chapter in Delaware’s history.”

“The youth and training wage was a flawed, discriminatory policy when it was enacted, and I am extremely pleased that we are righting that wrong,” said Rep. Kim Williams, the lead House sponsor of the bill. “No longer will certain Delawareans who are just trying to earn a living be treated as a second class of workers due to their age or the date they were hired.”