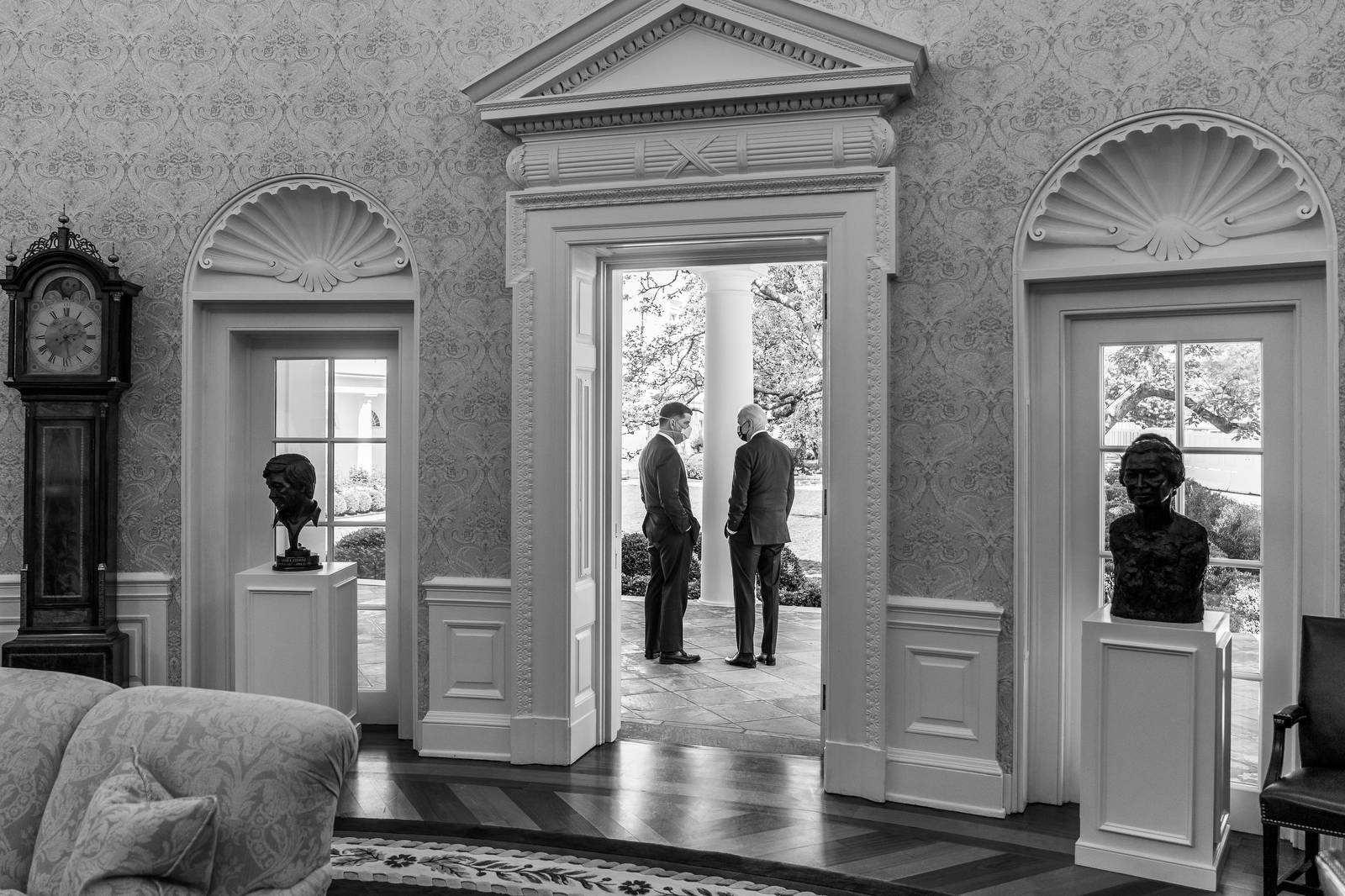 “Trump’s surprise endorsement — which he said he told the congressman about 15 minutes before taking the stage at a convention center here — came minutes after his daughter-in-law Lara Trump said she was not going to be running for the seat in North Carolina.”

Politico: “Trump’s endorsement is a major boost for Budd, who is running against former Gov. Pat McCrory and former Rep. Mark Walker in the Senate primary.”

Former North Carolina Gov. Pat McCrory (R) said he was “disappointed” in Donald Trump’s endorsement of Rep. Ted Budd (R) for U.S. Senate, calling the congressman “a Washington insider who has done more to oppose the Trump agenda than anyone in the race,” the Charlotte Observer reports.

CNN reports Wiley “now has the support of two of the state’s highest profile members of Congress in Ocasio-Cortez, who represents parts of Queens and the Bronx, and Rep. Hakeem Jeffries, chair of the House Democratic Caucus.”

Former President Trump called a proposal that he run for the House in 2022 to try to win the speaker’s gavel “interesting,” The Hill reports. “The logistics of a House run would be complicated for Trump, who would have to figure out what district to run in after the redistricting process is completed.”

“Never before in U.S. history has a former president returned to the campaign trail to claim that his election loss was fraudulent,” Politico reports. “But in his informal reemergence on the political scene before the GOP faithful at the North Carolina GOP convention in Greenville, Donald Trump did just that, insisting — falsely — that the 2020 race was stolen and corrupt.” Said Trump: “The evidence is too voluminous to even mention… It was a third world election like we’ve never seen before.”

Former President Trump said it is “too soon to tell” if he would tap former Vice President Mike Pence as his running mate if he launches a bid for the White House again in 2024, The Hill reports. Said Trump: “Well I don’t know, it’s really too soon to tell. But certainly we had a very good relationship I was disappointed with Mike on one thing as he understands and some other people understand, but overall, I had a very good relationship with Mike and he’s a very fine person and a fine man.”

“With or without Donald Trump atop the party, the Republican strategy for the 2022 elections and beyond virtually assures race — and racism — will be central to political debate for years to come,” Axios reports. “In an era when every topic seems to turn quickly to race, Republicans see this most divisive issue as either political necessity or an election-winner — including as it relates to voting laws, critical race theory, big-city crime, immigration and political correctness.”

New York City Comptroller and mayoral candidate Scott Stringer has been accused of sexual harassment by a second woman, according to the New York Times.

New York Times: “A review of the 2020 election, conducted by several prominent Democratic advocacy groups, has concluded that the party is at risk of losing ground with Black, Hispanic and Asian American voters unless it does a better job presenting an economic agenda and countering Republican efforts to spread misinformation and tie all Democratic candidates to the far left.”

“The document is all the more striking because it is addressed to a victorious party: Despite their successes, Democrats had hoped to achieve more robust control of both chambers of Congress, rather than the ultra-precarious margins they enjoy.”

Georgia Gov. Brian Kemp (R) was booed by supporters of former President Donald Trump at the state party’s annual convention. Kemp spoke for about 30 seconds before it was quiet enough to hear him again.

Politico: “Kemp’s standing with the rank-and-file has, improbably, improved, according to interviews with more than 30 party officials, strategists and activists here. And in his partial rehabilitation — the product of a relentless focus on so-called election integrity issues and culture war staples to excite the base — Kemp may serve as a model for dozens of Republicans elsewhere who have incurred Trump’s public wrath and are seeking to regain their standing with Republicans at home.”

“Kemp’s fate looms especially large in Georgia, a swing state where Trump not only was defeated by Joe Biden but saw Republicans lose both U.S. Senate seats in the state’s runoff elections in January. Fearful that Trump’s frequent criticism of Kemp could lead to a damaging primary and depress Republican turnout in a close general election — potentially a rematch with Democrat Stacey Abrams — several Georgia-based Republicans and Republicans with ties to the state have privately appealed to Trump to hold back.”

Donald Trump gave a big speech last night in North Carolina and many think he had his pants on backwards.

Watch the video and let us know what you think.

Arizona Republic: “A contractor hired by the Arizona Senate is reviewing Maricopa County’s 2020 election data from an undisclosed location in Montana, with no oversight from state or county officials.”

National Journal: “An internal email exchange reveals that Democratic Congressional Campaign Committee staff are wringing their hands over highlighting former President Trump in campaign materials, for fear of stoking his base.”

“The exchange showcases the challenge Democrats face as they formulate their midterm strategy. While Republicans grapple with the role of Trump and his allies on their electoral prospects, Democrats are puzzling over how much to make the former president, who over the past five years has been the GOP’s single largest driver of voter enthusiasm and fundraising, a focal point in their plans.”

David Byler: “In Arizona, Georgia, Colorado and Virginia, Democrats cashed in on population growth: They captured millennials, affluent suburbanites and immigrants who flocked to expanding cities, held onto Black voters and overpowered Republicans from small, stagnant metros and no-growth towns.”

“But, in Florida, these small metros and towns grew faster than cities such as Miami.”

“Over the past 50 years, Florida’s smaller cities and towns have become powerful magnets for middle-aged parents and retirees from other states. These older migrants want low taxes, affordable housing and warm weather all year — so they’re pouring into low-cost counties, away from the major cities.”

“Black enters with his own strengths. He has painstakingly built a base of support in rural Georgia over three terms in office – and 40 years in the farm business – that will come in handy during a contested Republican primary.”

The fundraising arm of House Republicans now has a confusingly labeled pre-checked box that authorizes a second donation five days later on its WinRed page.

Willamette Week: “In all but one election in the past 25 years, Oregon voters had an obvious choice for governor: the person who had already served.”

“But next year will be different: Gov. Kate Brown (D) is blocked by term limits from seeking a third term. That leaves a wide open field of Democrats—who have won every gubernatorial election in that quarter-century.”

Featured Photo: President Joe Biden talks with Labor Secretary Marty Walsh on the Colonnade of the White House Monday, April 26, 2021, after signing an Executive Order establishing the White House Task Force on Worker Organizing and Empowerment in the Oval Office.