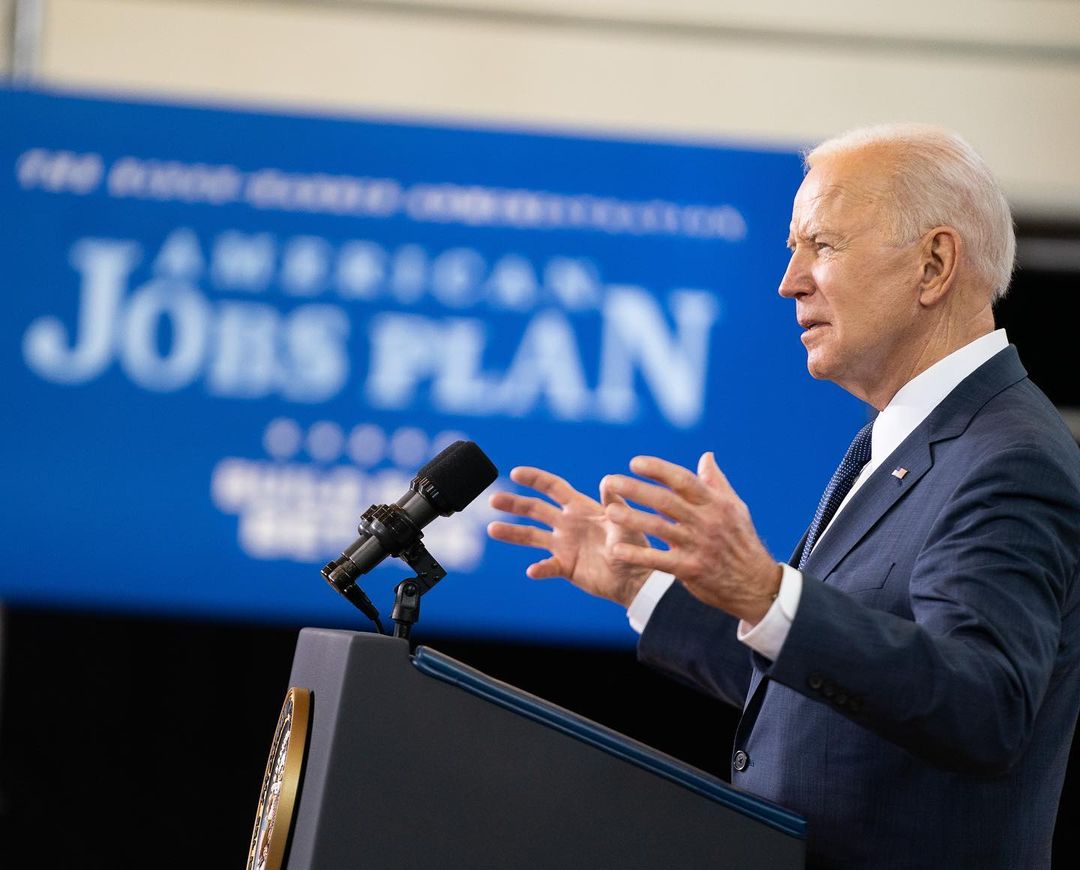 Washington Post: “Much of the Biden administration’s border response in recent months has centered on caring for the unaccompanied minors who have arrived in record numbers, along with parents traveling with children. Those groups do not typically attempt to evade capture, and they usually seek out U.S. agents after crossing the border to request humanitarian protection.”

“Adult migrants continue to be the largest share of border crossers, however, and smuggling guides often send them through rugged desert and mountain areas where deaths from exposure rise with extreme heat. U.S. agents took more than 111,000 single adult migrants into custody in April, the highest total in more than a decade, and the number increased again in May, according to preliminary enforcement data.”

Politico: “From margaritas-to-go to marijuana deliveries to virtual doctor visits, the pandemic prompted states to ease rules to make life at home more bearable. But the looming end of emergency orders has teed up a lobbying frenzy in state capitals to make these Covid-era conveniences permanent fixtures in American life.”

“The White House will invite all employees back to work in July, signaling an end to pandemic protocols for remote work for President Biden’s core team,” Axios reports.

Bloomberg: “The IRS data is finally in, and [putting a cap on the state and local deduction did not cause an exodus from higher tax states]. In the first year after the cap was put in place, zero-wage-tax states netted about $1.24 in new earnings from migrants for every $100 already earned there — slightly less than the net migration rates in the previous three years. Florida, the top destination among zero-tax states, netted $2.65, also a drop from the previous years’ rates. The trend remains broadly positive, but there was no SALT-cap bump.”

“Lawmakers from high-tax states want the cap nixed or pushed higher and are angling to win such a tweak as part of any package of forthcoming tax hikes… The statistics reinforce existing research that shows high-earning Americans are relatively resistant to leaving the markets where they first became successful.”

Jonathan Bernstein: “How worried should we be about the state of democracy in the U.S.? A group of leading political scientists who study the issue say: a lot. A whole lot. In fact, they say: ‘our entire democracy is now at risk.’ They’re correct. If they had asked me, I would’ve signed on.”

“The problem is easy enough to describe. In a two-party political system, one party, the Republican Party, has in large part turned antidemocratic. That party will eventually be voted into office, and if it implements nationally the policies that some of its leading politicians have advocated — and in some cases advanced at the state level — it’s possible that it will succeed in seriously harming democracy.”

“The White House told corporate leaders they should immediately begin developing plans to counter ransomware attacks after a spate of hacks have crippled key U.S. businesses,” Bloomberg reports. “The stark warning is the latest effort in the scramble by the Biden administration to respond to the recent attacks.”

New York Times: “It is difficult to overstate the significance to Native people of Interior Secretary Deb Haaland’s role as the first Native American to lead a cabinet agency.”

“It is also difficult to overstate the pressures and expectations Ms. Haaland faces from her people, who hope she will address 150 years of betrayal by a department officially entrusted with ensuring Native Americans’ welfare… Tribal leaders say Ms. Haaland’s fluency in Native issues alone signals progress.”

“It’s not a policy, but it’s a philosophy where I just don’t want to deal with it. I mean, there’s about a third of the House Republican caucus that I am willing to book. I could name them to you if you want.”  — CNN anchor Jake Tapper, in an interview with Kara Swisher, on refusing to talk to Republicans who push election fraud conspiracies.

If they’re willing to lie about the election, how can you trust what they’ll say on television?

Washington Post: “The appearance [of Don McGahn] is Democrats’ way of demonstrating that congressional subpoenas must be obeyed — an argument they offered throughout a lengthy legal battle that seemed destined to reach the Supreme Court before a deal with the Biden administration ended the fight in what may prove to be a political win, but at best is a constitutional draw.”

Washington Post: “U.S. prosecutors this week put a price tag on damage to the U.S. Capitol from the Jan. 6 breach — $1.5 million so far — and for the first time are asking defendants to cover some of the bill in plea offers.”

Associated Press: “Bargain hunters are swooping in to take advantage of prices in Trump buildings that have dropped to levels not seen in over a decade, a crash brokers attribute to a combination of the former president’s polarizing image and the coronavirus pandemic.”

“It’s a stunning reversal for a brand that once lured the rich and famous willing to pay a premium to live in a building with Trump’s gilded name on it.”

“An Associated Press review of more than 4,000 transactions over the past 15 years in 11 Trump-branded buildings in Chicago, Honolulu, Las Vegas and New York found prices for some condos and hotel rooms available for purchase have dropped by one-third or more.”

Israel Prime Minister Benjamin Netanyahu retweeted a statement that said “overthrowing” him would cause the “collapse of the global right-wing,” the Jerusalem Post reports.

Wall Street Journal: “Trips by congressional delegations to shore up relations with foreign allies (and boost members’ own foreign-policy résumés) are back after a long Covid-19-induced hiatus.”

“Several members of Congress spent the Memorial Day recess abroad, meeting with U.S. allies and thrusting themselves into the middle of some of the world’s most sensitive conflicts, sometimes with risky timing.”

“An activist investor is likely to pick up a third seat on the board of ExxonMobil, giving it additional leverage to press the oil giant to address investor concerns about climate change,” the Wall Street Journal reports.

Green That Life: A fossil fuel industry under fire. Will it last?