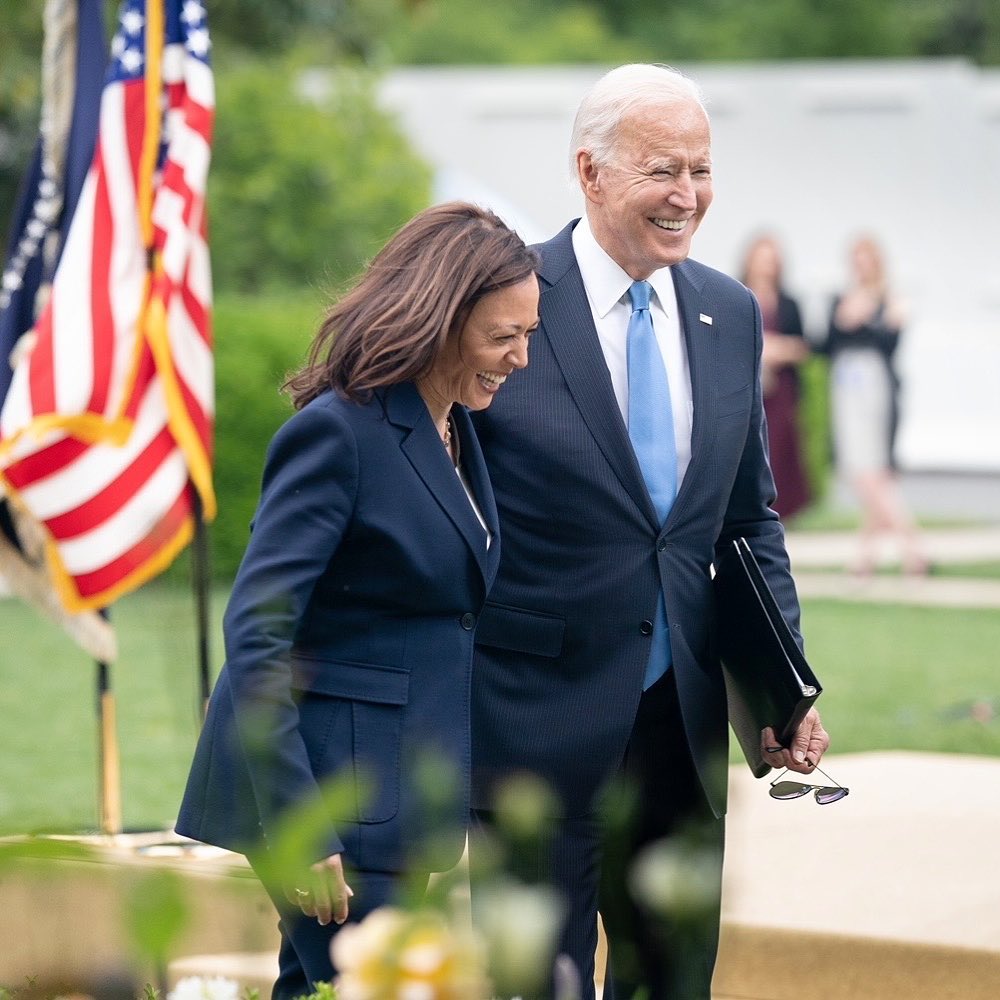 According to Dovere, during a focus group of Obama-Trump voters, one reason that was repeatedly cited for the switch was that “Obama kept getting stymied and they wanted a president who’d do stuff.”

As Weigel writes in response: “bipartisanship” can quickly become “we voted for you and you didn’t do anything.”

Take or leave focus group findings as you please, but do note that we see plenty of real-world instances where “just get it done” governance gets rewarded by voters.

Look at Republican governors in overwhelmingly blue states. Phil Scott (R-VT), Charlie Baker (R-MA), and Larry Hogan (R-MD) have avoided getting boxed in on political identity and have feasted at the ballot box.

How have they done it? Largely by doing so many consequential/broadly popular things (or projecting the capacity to) that you can’t really get worked up over which party they belong to.

And it looks like Team Biden may see it this way as well.

Consider this ad a pro-Biden Super PAC is currently running in the Virginia suburbs. It features a veteran/small business owner who hasn’t “always voted Democrat” but did so in 2020 because she knew Biden could turn things around. Now, she’s thriving.

It’s a powerful message precisely because it gives voters permission to abandon party labels, and if Democrats get a lot done, they’ll have a real shot at punching above their weight in this fashion.

“Voters may prefer more partisan policy results, but their stated desire for bipartisanship means that politicians can still benefit by at least trying to work together.”

“Notably, Morning Consult’s poll found that 75 percent of voters respected politicians more when they made efforts to get bipartisan support, with essentially no difference between how Democrats and Republicans answered.”

Timothy Noah: “Where the Republican disenfranchisement campaign goes awry is in its pursuit to limit mail balloting. By disparaging mail-in balloting, Trump dumped all over the voting method used in 2020 by nearly 54 percent of voters aged 65 and older.”

“Rich people tend to vote Republican. In 2020, Trump won voters who earn $100,000, 54-42 percent. But according to the Census data, as voters move up the income scale, they become more likely to vote by mail, not less. Among people making $150,000 and over, almost 48 percent voted by mail—more than any other income group.”

The New Mexico Republican Party explained their defeat in this week’s special election: “Low voter turnout was a big factor. Republicans were angry from 2020 — many questioned election integrity — and stayed home.”

If Donald Trump continues to question election integrity, it could spell total disaster for Republicans in the 2022 midterms.

“The ID requirements disproportionately affect Black voters, who are much less likely than white voters to have ID numbers matched to their voter registrations, according to election data.”

Sen. Ron Johnson (R-WI) said that he is still “undecided” on whether he’ll run for reelection, even though he promised to serve just two terms, the Milwaukee Journal Sentinel reports.

Said Johnson: “When I made that pledge, I meant that pledge. I ran in 2010 because I was panicked for this nation. I’m more panicked today.”

“However, there is a separate measure not included in either bill that could go far to improve ballot access: Requiring that no voter has to wait in line to vote for more than 30 minutes.”

“Reduction of wait times should theoretically be agreeable to both parties and all voters. It has nothing to do with ‘voter security,’ and everything to do with eliminating barriers to voting.”

JPMorgan Chase will resume making political donations to U.S. lawmakers but will not give to Republican members of Congress who voted to overturn President Joe Biden’s election victory, Reuters reports.

NEW YORK CITY MAYOR — The Republican firm Medium Buying relays that the influential healthcare workers union 1199 SEIU will spend $1 million on a cable TV buy supporting attorney Maya Wiley ahead of the June 22 Democratic primary. Medium also says the labor group has “placed broadcast TV ad spending” as well, though there’s no word on the size of the buy.

NEW YORK 1ST CD – Suffolk County Legislator Kara Hahn kicked off a bid on Wednesday for New York’s open 1st Congressional District, making her the second notable Democrat, along with fellow County Legislator Bridget Fleming, to enter the race. Hahn first won her current post in 2011 and says she is a descendant of Vice President Elbridge Gerry, who unwittingly lent his name to the practice of gerrymandering. She’s also politically well-connected by marriage: Her husband, attorney Christopher Hahn, is a longtime Democratic operative and commentator who once served as an aide to New York Sen. Chuck Schumer. So far, no major Republicans have announced campaigns to succeed GOP Rep. Lee Zeldin, who is running for governor.

FLORIDA 13TH CD — St. Petersburg Mayor Rick Kriseman, who is prevented by term limits from running for re-election this year, announced on Tuesday that he would not join the Democratic primary for Florida’s open 13th Congressional District. The 58-year-old Kriseman said he does not yet have career plans after his time in office ends in January.

TEXAS GOVERNOR — Donald Trump has issued his standard cookie-cutter blessing to Gov. Greg Abbott, who faces a challenge in next year’s GOP primary from former state Sen. Don Huffines, who’s attacked the incumbent for being insufficiently extremist. Huffines responded to the development in almost perfectly meta-Trumpian fashion, insisting that he’s “the clear Trump candidate in the Texas governor’s race.”

OHIO U.S. SENATOR — Former state GOP chair Jane Timken has released an internal poll of next year’s Republican Senate primary that aims to show she’s been on an upswing since entering the race in February. The survey, conducted by Moore Information on a single day late last month, finds former state Treasurer Josh Mandel leading Timken 24-19, with all other candidates (including some who aren’t actually running yet) in the single digits. The memo includes previously unreleased trendlines that show Timken closing the gap each month with Mandel, whose edge in February was 20-5.