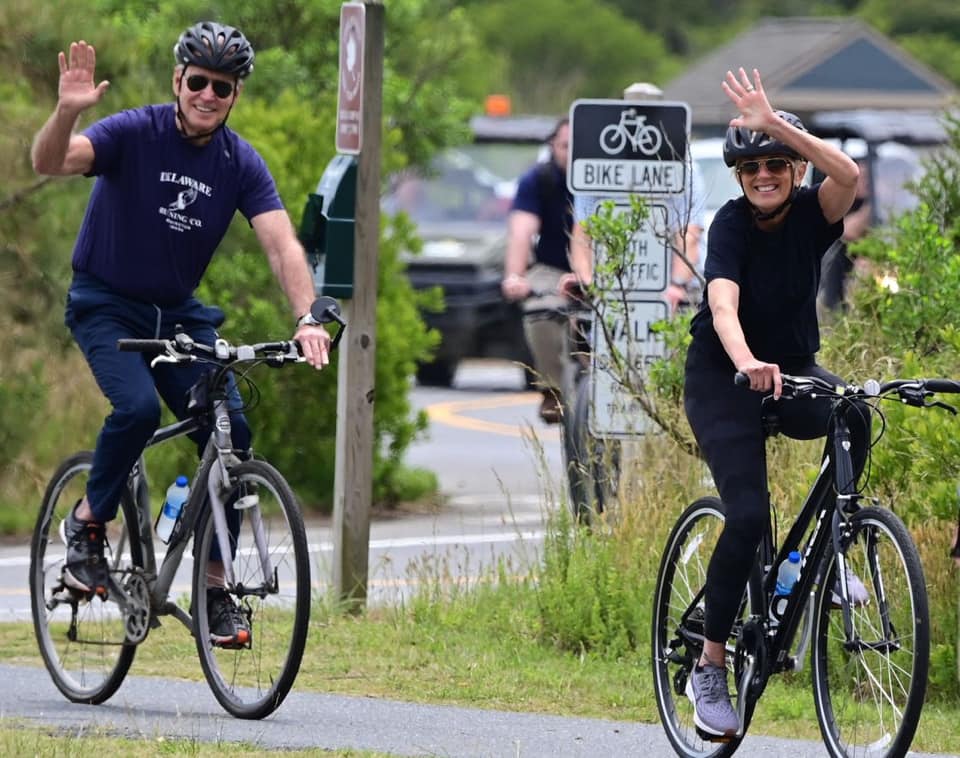 Facebook said that it plans to suspend Donald Trump from its platform until at least January 2023 following his comments in the wake of the Capitol insurrection on January 6th, and will only reinstate him “if the risk to public safety has receded,” the Washington Post reports.

As Facebook points out: “Of course, this penalty only applies to our services — Mr. Trump is and will remain free to express himself publicly via other means.”

“Facebook also plans to announce Friday that it will no longer automatically give politicians a pass when they break the company’s hate speech rules, a major reversal after years of criticism that it was too deferential to powerful figures during the Trump presidency,” the Washington Post reports.

“Since the 2016 election, the company has applied a test to political speech that weighs the newsworthiness of the content against its propensity to cause harm. Now the company will throw out the first part of the test and will no longer consider newsworthiness as a factor.”

“Of the 150 disinformation campaigns that Facebook has caught and removed in the past four years, the U.S. has been the most frequent target by far, according to a new threat intelligence report from Facebook,” Axios reports.  The other top two targets: Ukraine and the United Kingdom.  The top two originators of disinformation campaigns: Russia and Iran.

“Trump and conservative media have made Fauci an improbable face of the opposition, trying to give him the cartoon-villain status once accorded to former Sen. Harry Reid, Speaker Nancy Pelosi, or — in Trump’s case — Hillary Clinton.”

It’s so interesting how Republicans can’t seem to land a glove on Joe Biden.

“A cadre of aides and advisers working to tame Donald Trump’s obsession with the 2020 election, including his fixation with debunked voter fraud theories and ballot audits, are realizing the task at hand is much tougher than they thought,” CNN reports.

“Over the past few weeks, Trump has faced pleas from inside his orbit to move the ball forward as Republicans approach the 2022 midterm elections… Several former advisers and allies still close to the 45th President said he is under mounting pressure to concentrate on promoting GOP policy priorities and defining his successor, rather than re-litigating his failed reelection campaign.”

“But the former President has brushed those voices aside, choosing instead to listen to a crowd of characters both on television and in his wider circle who have encouraged him to keep his focus on the 2020 election.”

Seth Masket: “If Trump is trying to recruit allies for his reinstatement, at what point to we treat this not as a delusion but as a coup attempt? He kinda has priors.”

Lilly Goren: “Usually this turns into a civil war of some kind, at least if the deposed king is still wandering around. #Machiavelli had a lot to say about what to do with bloodlines, though that was much more in keeping with principalities and monarchies and not elected democracies/republics.”

“The blog from former President Trump — originally touted as his own social media ‘platform’ — generated engagement roughly on par with the top posts from mid-market local newspapers,” Axios reports.

“Trump’s attention monopoly has steadily waned since late January, as he lost both the power of his office and of his social media megaphones.”

“The faster pace of hiring came as several factors are propelling a burst of economic activity. More Americans have become vaccinated against the coronavirus, and state and local governments have eased restrictions on businesses as Covid-19 cases have declined and as the federal government has relaxed its pandemic guidance. Those factors, along with federal pandemic aid, have prompted a pickup in spending, particularly at services businesses, which in turn is stoking labor demand.”

Sen. Joe Manchin (D-WV) told NBC News that he doesn’t yet support Democrats trying to go-it-alone to pass an infrastructure package, even as a growing number of his colleagues are running out of patience.

Said Manchin: “I don’t think, right now, basically, we need to be bipartisan.”

Playbook: “If you thought President Joe Biden’s offer to keep the corporate tax rate at 21% might yield a breakthrough on infrastructure … not so much. Biden told Sen. Shelley Moore Capito (R-WV) this week he’d be open to imposing a 15% minimum tax instead. But ahead of another Biden-Capito meeting today (this one not in person), plenty of reporting suggests the GOP is bearish on this alternative.”

Washington Times: “Senate Republican negotiators are poised to reject President Biden’s proposal … They view the compromise offered by Mr. Biden as merely substituting one tax hike for another, said a congressional aide with knowledge of the negotiations. … The rejection of Mr. Biden’s compromise proposal signaled the negotiations, which were already at an impasse, are in jeopardy of collapse ahead of the administration’s self-imposed Monday deadline for a deal.”

New York Times: “The president has now cut more than $1 trillion from his initial $2.3 trillion infrastructure proposal, while Republicans have added less than $100 billion in new spending to their first offer, which contained about $200 billion in new spending by many estimates. Mr. Biden said this week that for now he would exclude several of his proposed tax increases, including raising the corporate income tax rate to 28 percent.”

Biden rejected a slightly higher infrastructure offer from Senate Republicans on Friday — about $50 billion more from their last proposal — the latest in infrastructure talks that have dragged on for weeks, Politico reports.

“President Joe Biden’s infrastructure talks with Republicans will continue Monday as the White House considers whether it should abandon hopes for a bipartisan deal,” CNBC reports.

Politico: “There’s a small but growing list of Democratic lawmakers who’ve expressed reservations. And it’s not just moderates desperately trying to cling to their seats next year who are going public — it’s also committee chairs and senior lawmakers in no real electoral danger.”

“Perhaps the biggest issue for Democrats is that once they are more fully engaged on tax increases, they’ll find they have almost zero margin in Congress with which to pass this latest vision of big government. All this has left progressives increasingly impatient with any Democrats worried about the political implications of big tax hikes.”

“In his second public address since leaving office, former Vice President Mike Pence on Thursday put a little space between himself and his ex-boss, saying he and former President Donald Trump might never ‘see eye to eye’ on the Jan. 6 insurrection,” Politico reports.

Said Pence: “And that same day, we reconvened the Congress and did our duty under the Constitution and the laws of the United States. You know, President Trump and I have spoken many times since we left office. And I don’t know if we’ll ever see eye to eye on that day, but I will always be proud of what we accomplished for the American people over the last four years.”

New Hampshire Union Leader: “He praised the police who quelled the riot after a mob ransacked the Capitol, some calling for Pence’s death. But Pence stuck by the certification of the election results that declared Democrat Joe Biden the winner.”

Said Pence: “That day we reconvened the Congress and did our duty.”

“The room was nearly silent.”

“Although using the military to take action against criminals wouldn’t be without precedent, it’s controversial in legal circles, and any American cyber action against targets in Russia would risk retaliation. But officials say criminal ransomware attacks from abroad, once a nuisance, have become a major source of economic damage, as the disruption of gasoline and meat supplies in recent weeks has illustrated.”

Later in the interview, however, Boehner argued that the changes are “rather inconsequential.”

New York Times: “The United States is roughly on track to meet President Biden’s goal of getting at least one Covid-19 shot into the arms of 70 percent of adults by July 4 — if the current vaccination pace holds. But demand for vaccines has decreased in much of the country in recent weeks, and the promising national numbers (about 63 percent of adults have received at least one shot) do not reflect the uneven rates among states.”

“Even if the country as a whole reaches the national target, at least 30 states probably will not.”

“President Biden said Friday he remains confident that his economic plans are working and that the U.S. is on the path to a full recovery, following the release of the May jobs report that came in slightly below expectations,” Axios reports.

Said Biden: “We can’t reboot the world’s largest economy like flipping on a light switch. There’s going to be ups and downs in jobs and economic reports.”

There’s been no confirmation from the White House, but Buckingham Palace just announced that Queen Elizabeth will meet the President Biden and First Lady Jill Biden at Windsor Castle on June 13.

“Auditor Rob Sand said an ad campaign launched by Gov. Kim Reynolds (R) in November that was designed to slow the spread of the coronavirus violated the law because it featured Reynolds, who used more than $500,000 of federal coronavirus relief funding for the ads,” the Associated Press reports.

A Ukrainian politician and businessman accused by both the Biden and Trump administrations of being an “active Russian agent,” described Trump attorney Rudy Giuliani as “very useful for me,” Time reports.

Rep. John Katko (R-NY) “is calling for party leaders in Congress to come up with an extra $50 billion to help restaurants hit hard by the coronavirus pandemic, touting a popular program he voted against in March,” the Syracuse Post-Standard reports.

Tens of thousands of people rallied in over 200 cities and towns across Brazil Saturday to protest President Jair Bolsonaro’s handling of the COVID-19 pandemic, which has killed some 460,000 people in the country, The Guardian reports.