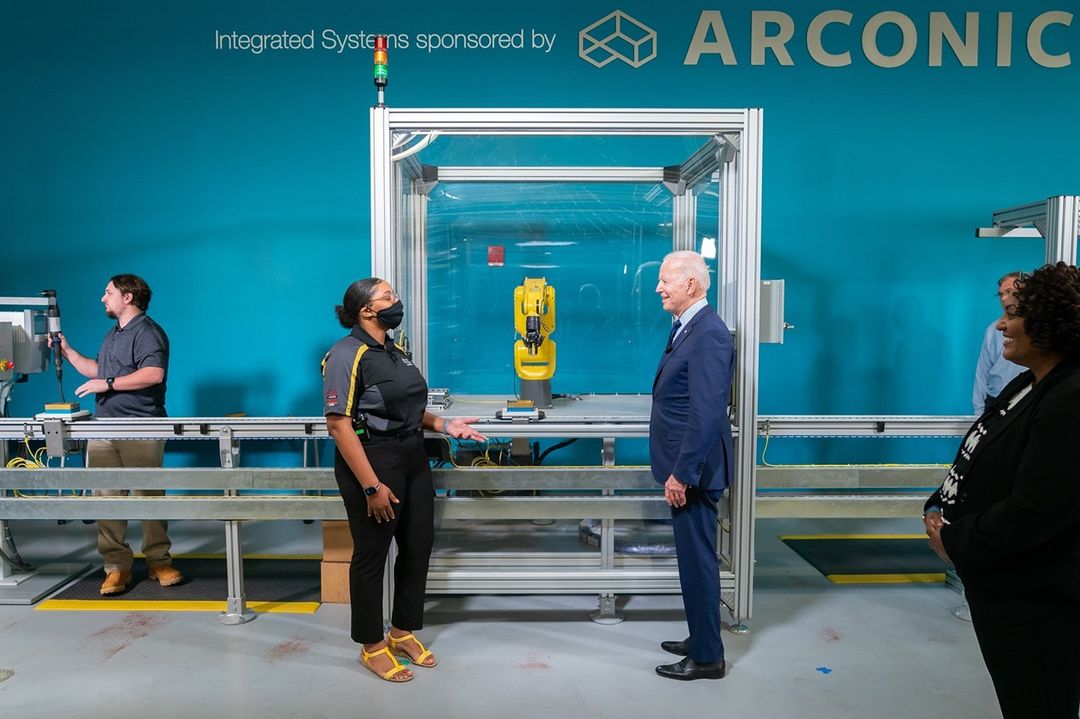 Jonathan Bernstein: “After four-plus months of Joe Biden’s presidency, we can finally say something about his polling numbers with a fair degree of confidence: His initially high disapproval numbers, second only to Donald Trump during the polling era, were likely an artifact of partisanship and had little to do with Biden himself.”

“We can say that because Biden’s huge lead in disapproval (over, again, everyone but Trump) is disappearing. At the 134-day mark, Biden is no longer second-worst. He’s now passed Bill Clinton and Gerald Ford, both of whom he has also passed in approval ratings.”

“What’s more, Biden has gained ground on almost all of his 12 predecessors. He began his presidency with a whopping 36% disapproval rating, and now has reached 40.1%. Rounding off, Trump gained 12 percentage points of disapproval through 134 days. Barack Obama gained 20 percentage points. George W. Bush gained 19, Clinton 32, George H.W. Bush seven, Ronald Reagan eight, Jimmy Carter 11, Ford 40, Richard Nixon nine, Lyndon Johnson 10 and John Kennedy five. If we go all the way back to Dwight Eisenhower, we finally get someone who had the same 4.1 percentage-point gain in disapproval.”

MASSACHUSETTS GOVERNOR — Harvard professor Danielle Allen says she’s getting closer to making a decision on seeking the Democratic nomination for Massachusetts’ gubernatorial race next year. Allen, who previously said she’d make up her mind in June, says it’ll be “a few more weeks before we have all the information that we need” on waging a bid.

MARYLAND GOVERNOR —  An unnamed source tells Maryland Matters that former DNC chair Tom Perez, who has been considering a bid for governor, will “likely make a decision by July 4.” Meanwhile, Howard County Executive Calvin Ball, who reportedly had been weighing a run for the Democratic nomination, has announced that he’ll seek re-election next year instead.

Politico: “In a post-election analysis Wednesday, nearly a dozen Democratic lawmakers and strategists hailed the unexpectedly strong margins in New Mexico as a sign that their majority might not be doomed just yet.”

FLORIDA 20TH CD — The candidate filing deadline for the Jan. 11 special election in Florida’s vacant 20th Congressional District has been set for Aug. 10. Primaries will take place on Nov. 2.

GEORGIA 10TH CD — Georgia Revenue Commissioner David Curry announced this week that he would join the Republican primary for this safely red open seat in the east-central part of the state. Curry previously served as tax commissioner for Henry County before Gov. Brian Kemp appointed him state revenue commissioner two years ago, a post he relinquished when he launched his congressional campaign.

First Read: “Across the country, Republican-controlled state legislatures have done more than pass voting restrictions after losing the 2020 presidential contest.”

“They’ve enacted or drafted provisions that create new election powers, change election administration and punish election officials who don’t perform their duties — which all have the potential of injecting chaos into the counting of the next presidential race.”

“And in several states around the country, pending or passed legislation would also levy hefty fines — or even criminal penalties — on elections officials for failing to follow the law to the letter.”

Scott may not have the chance to duplicate her success as an upstart, though, as Kentucky Republicans could divide Louisville between the deep red surrounding areas and create a new safe GOP seat for 2022.

OHIO 1ST CD — Political consultant Jaime Schwartz, who for many years served as Republican Rep. Steve Chabot’s campaign manager, has pleaded guilty to embezzling $1.4 million from his former employer and agreed to pay restitution. While the charges carry up to 20 years in prison, prosecutors have recommended a sentence of no more than 32 months as part of Schwartz’s plea deal.

The development brings to a close a long and strange saga that began almost two years ago, when the FEC launched an investigation after Chabot amended a fundraising report from earlier to show an additional $124,000 in receipts that hadn’t previously been accounted for. While he was attacked in campaign ads over the missing money, the congressman maintained he was the unwitting victim of a swindle, a claim that charging documents filed in April backed up.

OHIO 11TH CD — An internal poll for former state Sen. Nina Turner of the Aug. 3 special election primary for Ohio’s 11th District shows Turner with a 50-15 lead on her nearest rival for the Democratic nomination, Cuyahoga County Councilwoman Shontel Brown. The survey, from Tulchin Research, finds all other candidates in the low single digits, with 21% of voters undecided.

PENNSYLVANIA 10TH CD — While 2020 Democratic nominee Eugene DePasquale has been raising money for weeks for a potential rematch against Republican Rep. Scott Perry, the former state auditor said last week he wouldn’t make a final decision until he sees Pennsylvania’s new congressional map. That date could be well in the future, as it’s very unlikely that the Republican-controlled state legislature and Democratic Gov. Tom Wolf would agree on any new boundaries.

GEORGIA U.S. SENATOR — House Speaker David Ralston has finally confirmed that he’s considering a bid against Democratic Sen. Raphael Warnock, though he declined to provide any sort of timetable for making a decision. In order to run, though, Ralston would have to give up his powerful perch in the legislature, which he’s held for more than a decade—a key reason he might stay put.

Ralston has also flirted with campaigns for higher office in the past, such as in 2017, when he toyed with running for governor for a little while. But the comment that perhaps best captures his attitude came in 2013, when he was asked about another potential Senate bid. Responded Ralston: “Why would I want the demotion?”