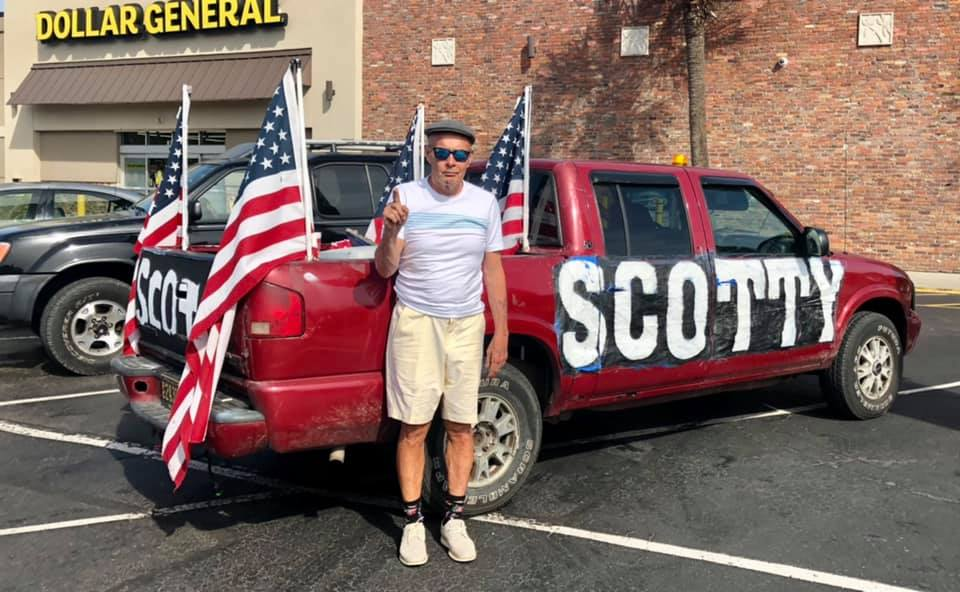 After being unable to win an election in Delaware in either party for a multitude of offices over the last six years, an insane man named Scott Walker has decided to move south to South Carolina to try his tree vandalism schtick for what he hopes is a more receptive audience.

Now, technically, since Mr. Walker is originally from South Carolina, the term carpetbagger may not apply, but I can’t think of a better term for someone who for years tries to win office in one state and then packs his carpet bags to try his luck in another state.

If you live in the Myrtle Beach area, you’ve probably seen hand painted signs with a variation of the words “Scotty Save Us” written across the front. But, who is Scotty, and what is he saving us from?

The signs started showing up along Highway 501 a little over a month ago, and left people scratching their heads with curiosity. Many people took to social media asking about their mysterious origin, some even guessed it could be ominous.

The truth, however, is much less exciting. They are campaign signs for Scotty Walker, a Republican who is running for the U.S. House of Representatives District 7 seat. Originally from Camden, Walker recently moved back to the area to campaign for Tom Rice’s congressional seat.