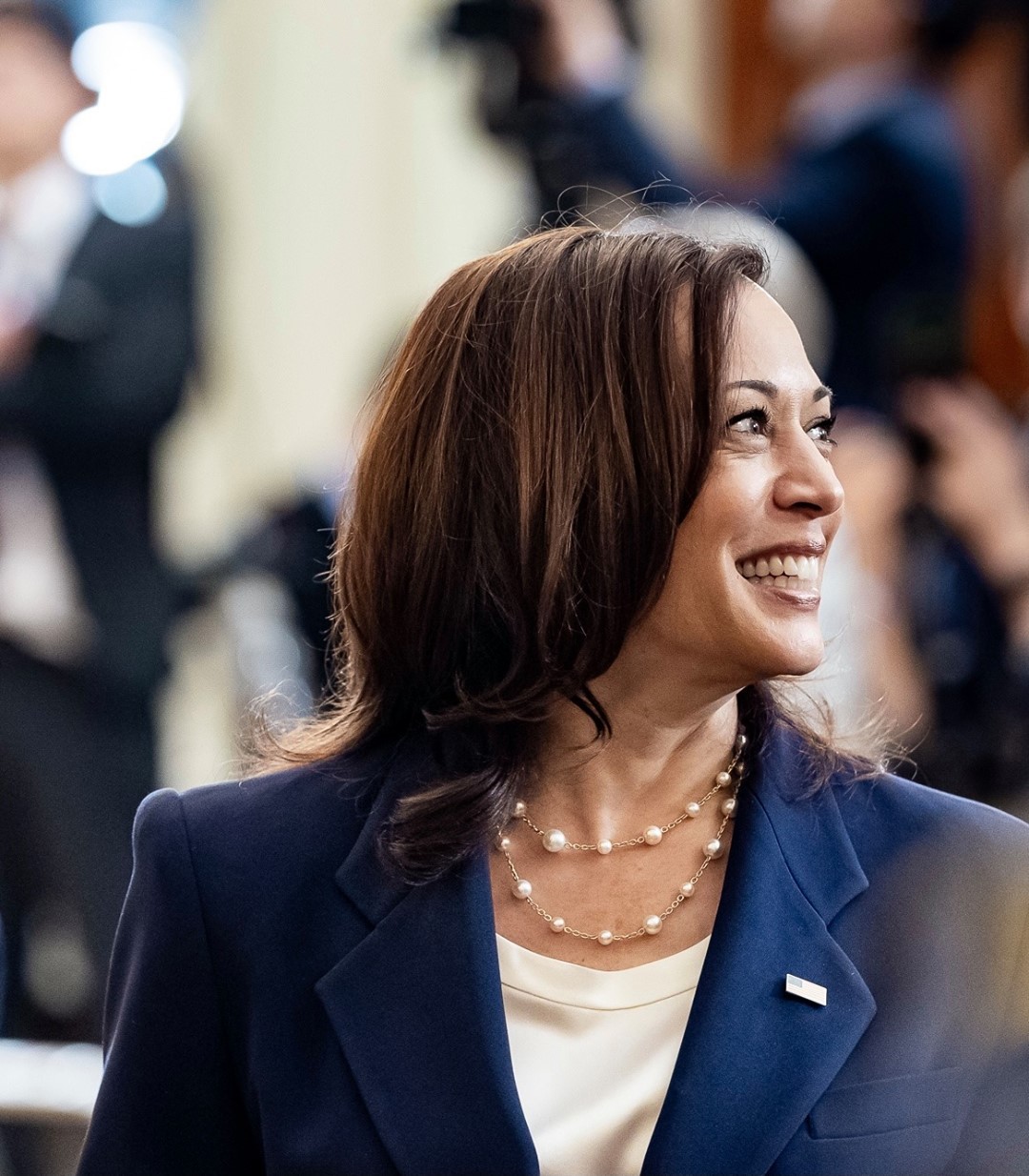 Melanie Stansbury (D) has defeated Mark Moores (R) in New Mexico’s first congressional district special election to fill the unexpired term of Interior Secretary Deb Haaland, the Albuquerque Journal reports. She won with 60% of the vote to that fascist’s 36% of the vote, a 24-point landslide.

First Read: “At stake in this contest between state Rep. Melanie Stansbury (D) and state Sen. Mark Moores (R) is the Democrats’ narrow House majority (219-211), as well as a test of how potent the issue of crime might still be for the GOP.”

New York Times: “Mr. Moores has spotlighted the rising murder rate in Albuquerque and assailed Ms. Stansbury as soft on crime for supporting a little-known proposal in Congress that would cut funding for local police departments… In an interview, Ms. Stansbury offered no regrets for her support of the measure, the so-called BREATHE Act, an expansive criminal justice proposal pushed by racial justice activists.”

Most expected Stansbury to hold the seat vacated by Interior Secretary Deb Haaland, but few expected her to outrun Biden’s 23-point margin in the district in last year’s presidential election. Stansbury also ran well ahead of Haaland, who won re-election in 2020 by 16-points.

And Republicans should be very worried. While it’s just a single data point — and it’s never wise to draw too many conclusions from one special election — it’s another sign Republicans are far too reliant on peripherally engaged voters who only bother to show up when Donald Trump is on the ballot. This is exactly what happened when Democrats surprised everyone and won the two Georgia Senate races in early January.

A key predictor of the blue wave in 2018 was Democratic overperformance in the special elections leading up to it. If a red wave was materializing this time, we would probably not see the Republican candidate blown out like he was last night. If Democrats are going to overturn the historical edge the out party has in midterm elections, they’ll need more results like last night.

There are at least four more special elections this year. And while each one is in a solidly red or blue district, we’ll be watching the margins of victory very closely.

David Frum: “Where Republicans control local power, they are building a new infrastructure of minority rule. They are gerrymandering districts, raising barriers to voting, biasing election administration, and politicizing election certification. There is nothing secret about this effort; everybody can see it happening.”

“Yet the members of the threatened, narrow Democratic majorities in Congress—the people who might seem to have the strongest motives to act—seem too paralyzed to respond…”

Flashback: In December of 2018, Zinke “submitted his resignation to the White House, facing intense pressure from the White House amid multiple probes tied to his real estate dealings in Montana and conduct while in office.”

Wall Street Journal: “New data on the 2020 election show that then-President Donald Trump drew substantial support in some battleground states from Americans who had skipped prior elections, creating a new pool of voters whose decisions on whether to participate again will be central to next year’s midterms.”

“New analyses by TargetSmart, a Democratic voter-data firm, and the Republican National Committee found that more of these low-propensity voters chose to register as Republicans than Democrats in several of the closest battlegrounds, including Pennsylvania, North Carolina and Florida.”

“In Pennsylvania, for example, more than 600,000 voters who cast ballots in 2020 had been eligible to vote in prior general elections but never did… More of these newly engaged voters registered as Republicans than Democrats by about 6 percentage points, giving the GOP an edge of about 35,400 voters in a fiercely competitive state—though one which Mr. Biden won.”

GEORGIA U.S. SENATOR — Atlanta Journal Constitution: “Though U.S. Sen. Raphael Warnock is considered one of the most vulnerable Democratic incumbents on the 2022 ballot, no elite Republican has yet entered the race as the party waits to see whether University of Georgia football great Herschel Walker will jump in.”

“On the Democratic side, Stacey Abrams is expected to mount a rematch against Gov. Brian Kemp to try to avenge her narrow defeat in 2018. But her announcement is not imminent, and until she joins the contest, the nationally watched race won’t start in earnest.”

ARIZONA U.S. SENATOR — Retired Maj. Gen. Michael McGuire, who stepped down as adjutant general of the Arizona National Guard last month, has filed paperwork with the FEC ahead of a possible bid against Democratic Sen. Mark Kelly, though he has yet to publicly confirm whether he’ll seek the Republican nomination.

Meanwhile, state Auditor Rob Sand, one of three Democrats who holds statewide office in Iowa, says he won’t run for Senate but is considering a bid for governor and would announce his plans by Labor Day.

Associated Press: “Democrats lost last year’s election for Iowa’s 2nd Congressional District by the narrowest margin in a House race in almost 40 years. After the six-vote heartbreaker, some expected Democrat Rita Hart to immediately declare a rematch in the southeast district long held by her party.”

“So far, no Democrat has stepped up to run.”

“The hesitancy to jump into a district now as competitive as they come is one measure of Democrats’ fatigue in a state viewed for decades as a true battleground. Even as the coronavirus pandemic gradually wanes and President Joe Biden’s job approval remains strong, Iowa Democrats say they can feel their party receding, particularly from the industrial river towns they once claimed as bastions.”

CONNECTICUT GOVERNOR — This week, former state House Minority Leader Themis Klarides publicly expressed interest in a potential run against Democratic Gov. Ned Lamont for the first time. Klarides also filed paperwork that the Hartford Courant says “allow[s] her to use her personal funds as she travels the state and talks to voters.” So far, though, the Republican has not set up a committee that would enable her to raise money for a potential bid.

If Klarides does run, she may have some opposition for the GOP nod. 2018 nominee Bob Stefanowski, who lost to Lamont 49-46, very much did not rule out another campaign when asked by the paper, saying instead, “I’ve been humbled by the number of people who stop me every day and ask me to run again, and they are the ones that matter most to me.”

GEORGIA GOVERNOR / LT. GOVERNOR — Republican state Sen. Bert Jones appears to have set his sights on running for lieutenant governor rather than waging a primary challenge against GOP Gov. Brian Kemp. The Atlanta Journal-Constitution reported on Thursday that he is expected to run for the number two position and that Jones has said he will reach a decision about whether to run in mid-to-late June. Jones also directed some criticism against would-be primary rival and fellow state Sen. Butch Miller, who kicked off his campaign for lieutenant governor on Tuesday, by bashing Miller for suggesting Trump wouldn’t have as much influence over the race because he lives in Florida.

MICHIGAN GOVERNOR — After long evading the question, former state House Speaker Lee Chatfield has finally said he won’t seek the Republican nod for governor next year. He did offer praise for retiring Detroit Police Chief James Craig, who’s considering a bid, and Chatfield may be angling to run with him for the spot of lieutenant governor, according to Fox 2 Detroit’s Tim Skubick.

MARYLAND GOVERNOR — Prince George’s County Executive Angela Alsobrooks has confirmed that she will indeed stay out of next year’s Democratic primary for governor and will seek re-election instead. Alsobrooks had already been raising money for a potential bid for governor and had reportedly been urged to run by some top state Democrats. However, she had previously signaled she was unlikely to take the plunge and now says she is staying put this cycle in the interest of her teenage daughter and to continue her efforts of helping her constituents recover from the coronavirus pandemic.

On the Republican side, state Senate President Chuck Morse and former state Commissioner of Health and Human Services John Stephen were both reported to be considering bids for either Pappas’ House seat or the Republican nomination if incumbent Gov. Chris Sununu decides to run for Senate.

Stephen has run for both offices he’s been mentioned for: He unsuccessfully ran for the 1st District in 2002 and 2008 and was Team Red’s nominee for governor in the 2010 election, which he lost 53-45 to Democratic incumbent John Lynch. Morse’s hometown of Salem is not currently located in the 1st District, but WMUR says he’s interested in running if it’s moved there in the next round of redistricting.

For his part, Pappas recently said he was “really committed to continu[ing] to serve here another term” in the House but wasn’t ruling out a run for governor, especially if Republicans try to gerrymander him out of his seat next year.

PENNSYLVANIA GOVERNOR — Butler County GOP Chairman Al Lindsay, in an interview with the Philadelphia Inquirer, mentioned Republican strategist Charlie Gerow as a potential candidate for governor by noting that he was one of the would-be contenders who recently did a swing through western Pennsylvania. Gerow, a well-known consultant in Pennsylvania politics, has tried to make the leap from operative to candidate twice before when he unsuccessfully ran for the U.S. House in 1998 and 2000.

There’s no word from Gerow himself on his plans, but this mention adds him to an already expansive list of possible Republican candidates for this seat.