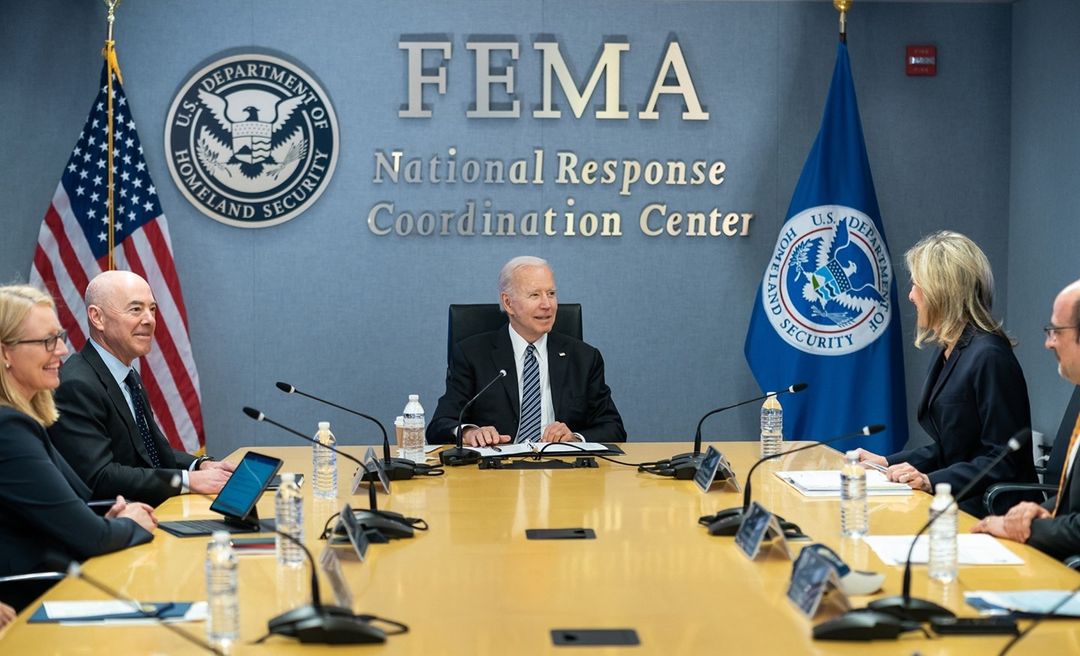 Politico: “An 11th-hour bipartisan deal on the Senate’s behemoth bill aimed at confronting China was derailed late Thursday after a group of GOP senators held up final passage of the legislation.

A bill aimed at combating China’s competitiveness is hitting another last-minute snag threatening to push the Senate late into the night,” The Hill reports.

Sen. John Thune (R-SD) told reporters as he returned to the Capitol that “we have an objection now to doing anything.” He added: “I’m not sure how we resolve this one… it’s pretty unsolvable.”

“It’s unclear why Sinema missed the vote, which took place Friday morning after Republicans forced an overnight marathon session involving separate legislation intended to bolster the U.S.’s competitiveness against China. She was last seen voting Thursday evening on the Senate floor on that legislation.”

“Senate Democrats plan to forge ahead with crafting a massive infrastructure package next month — regardless of whether Republicans get on board — as they push to pass a bill this summer,” CNBC reports.

“Senators will be out of Washington next week for the Memorial Day holiday. When lawmakers return, Democrats aim to write an infrastructure plan that touches on everything from transportation to broadband, utilities and job training.”

Wall Street Journal: “In the nation’s 20 largest local law-enforcement agencies, city and county leaders want funding increases for nine of the 12 departments where next year’s budgets already have been proposed. The increases range from 1% to nearly 6%.”

“Many U.S. cities are led by Democrats who supported protesters’ calls to defund the police… But city officials have found it difficult to keep police budgets down after seeing a rise in crime over the past year.”

Wall Street Journal: “President Biden’s pick to lead a key agency that will be involved in the administration’s efforts to curb gun violence faced opposition Wednesday from Republican senators, as some cited his advocacy for tighter gun control laws. … In an evenly divided Senate, David Chipman needs to secure all 50 Democratic votes to be confirmed.”

“Manhattan prosecutors pursuing a criminal case against former President Donald Trump, his company and its executives have told at least one witness to prepare for grand jury testimony, a signal that the lengthy investigation is moving into an advanced stage,” CNN reports.

“The development suggests that the Manhattan district attorney’s office is poised to transition from collecting evidence to presenting what is likely a complex case to a grand jury, one that could result in the jury considering criminal charges.”

The Economist: “If Texas is dancing the two-step, it is doing so with two right feet. Bills that might not have even been given a hearing in previous legislative sessions are passing both Republican-controlled chambers of the state legislature and being signed by the Republican governor, Greg Abbott.”

“This includes one of the most restrictive abortion laws in the country, which bans the procedure as early as six weeks and makes no exception for rape or incest. ‘Permitless carry,’ which enables those over the age of 21 to carry a handgun with them in public without going through training, fingerprinting or a background check, has also passed the legislature and will soon be signed into law. What once seemed a fringe preoccupation of a few lawmakers is now mainstream among Texas Republicans.”

“The same is true of a new voting bill, which puts restrictions on polling places and their hours of operation, and was expected to be signed into law… The session also underlined where the front-line in the culture-wars is now.”

“Several European influencers say they have been offered money to use their social media presence to discourage their millions of followers from receiving the Pfizer-BioNTech coronavirus vaccine by a suspicious agency that French officials reportedly think could be linked to Russia,” the Washington Post reports.

“McGeachin is serving as acting governor while Republican Gov. Brad Little (R) is out of state at the Republican Governors Association conference. He’s expected to return Thursday evening.”

McGeachin is challenging Little in the GOP gubernatorial primary over his handling of the pandemic.

Politico: “As senior adviser, [Neera] Tanden is now among a small, select circle of advisers in the White House. She’s included in daily briefings. She’s one of a half dozen senior advisers and one of two senior advisers of color. And her close relationship to chief of staff Ron Klain means she’ll have his ear.”

“That proximity to power is a tradeoff from the undoubted influence she would have wielded as Biden’s budget director at the Office of Management and Budget, where she would have had large sway over budget and regulatory policy. But it also means she’s free of the headaches that can come with the responsibilities of acting as a Cabinet secretary, like grillings from oversight committees or sparring with Senate members with whom she had previously clashed.”

“The first winner of Ohio’s first $1 million Vax-a-Million vaccination incentive prize was driving to her family’s home in suburban Cleveland when she received a call about the good news — from Gov. Mike DeWine,” the Associated Press reports.   “A few minutes later Abbigail Bugenske was in her parents’ house screaming so loudly they thought she was crying.”

Associated Press: “An energy company that gave the money in an alleged $60 million bribery scheme in Ohio and a man accused of spending a large chunk of it are now arguing in separate proceedings that their actions were legal.”

“Inmates at two of North Dakota’s biggest jails have no opportunity to get COVID-19 vaccinations after local law enforcement leaders opted not to make the jab available,” the Fargo Forum reports.

“The state of Arizona is preparing to kill death row inmates using hydrogen cyanide, the same lethal gas that was deployed at Auschwitz,” The Guardian reports.