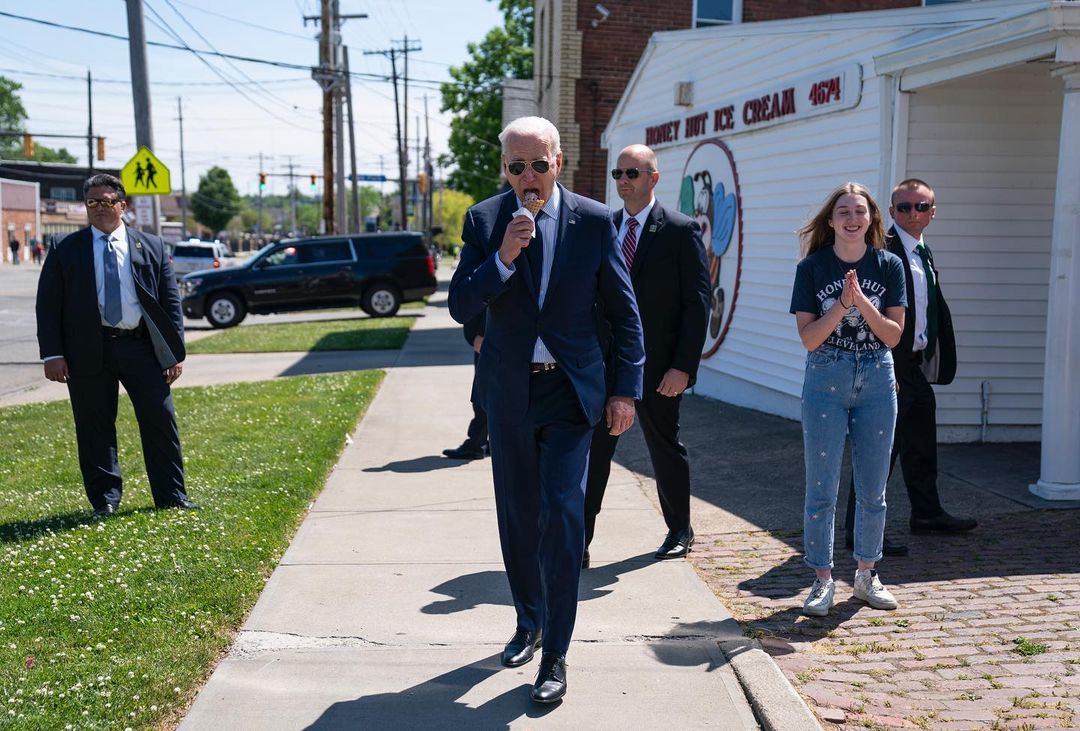 The U.S. Senate failed to advance the bill to create a commission to investigate the January 6 insurrection at the U.S. Capitol.

Another 11 senators were absent for the vote.

New York Times: “The debate played out in the same chamber where a throng of supporters of former President Donald J. Trump, egged on by his lies of a stolen election and efforts by Republican lawmakers to invalidate President Biden’s victory, sought to disrupt Congress’s counting of electoral votes about five months ago.”

Washington Post: “The GOP’s votes stood in sharp contrast to its prevailing rhetoric at the time, which was sharply critical of Trump.”

HuffPost: “In an extraordinary meeting with reporters on Capitol Hill before an expected vote on the Jan. 6 commission, Sen. Lisa Murkowski (R-AK) took direct aim at the Kentucky Republican over his stated rationale for opposing the investigatory panel.”

Said Murkowski: “To be making a decision for the short-term political gain at the expense of understanding and acknowledging what was in front of us on Jan. 6, I think we need to look at that critically. Is that really what this is about, one election cycle after another?”

Jonathan Chait: “The logic of the party’s about-face on the January 6 commission is ultimately pretty simple. When they first conceived the idea, they imagined that they would be moving into a post-Trump era, and an exploration of the former president’s culpability would not impair their political message. It might have even aided it — after all, a key element to the right-wing backlash against President Obama was the pretense that Republicans had learned from George W. Bush’s errors and could no longer be blamed for them.”

“But once they realized they couldn’t repudiate Trump, at least not without a cost, the political math of the commission no longer penciled out. Now such a spectacle threatened to indict a man still very much the party’s face. The vote has become another symbolic demonstration of the party’s continued fealty to its self-styled president in exile.”

“This vote has made it official. Donald Trump’s Big Lie has now fully enveloped the Republican party. Trump’s Big Lie is now the defining principle of what was once the party of Lincoln.” — Senate Majority Leader Chuck Schumer (D-NY), quoted by Axios.

McConnell may have finally ticked off Sen. Joe Manchin (D-WV), the Democrat who has — along with Sen. Kyrsten Sinema (D-AZ) — prevented a Senate rule change to allow a simple majority to prevail.

Said Manchin: “Mitch McConnell makes it extremely difficult. Mitch is, I like to think, a person who understands this institution as well if not better than anyone. He’s making it so difficult on something as soon as this commission. The commission is something this country needs.”

He added: “There’s no excuse. It’s just pure raw politics. And that’s just so, so disheartening. It really, really is disheartening. I never thought I’d see it up close and personal that politics could trump our country. And I’m going to fight to save this country.”

With McConnell willing to wield the filibuster to block otherwise popular legislation, Manchin may be coming to realize that abolishing the filibuster might be what it takes to “save this country.”

If that happens, it will be because McConnell finally went too far.

Paul Waldman: “On the surface, the GOP is a party in disarray. Party leaders in Congress struggle to deal with elected nutballs such as Rep. Marjorie Taylor Greene (R-Ga.). Far-right extremists try to take over state parties. A member of the House leadership is ousted for refusing to pander to the lie that President Biden stole the 2020 election from Donald Trump.

“But underneath, there is a striking — and frightening — degree of unity. For all the disagreement about the 2020 election, Republicans are in lockstep on the question of power — namely, that by rights it belongs exclusively to Republicans and steps must be taken to ensure that Democrats not be allowed to wield it, no matter what the voters might want.”

“Syrian President Bashar al-Assad won a fourth term in office with 95.1% of the votes in an election that will extend his rule over a country ruined by war but which opponents and the West say was marked by fraud,” Reuters reports.

“President Lukashenko of Belarus has threatened to allow migrants and drugs to pour into western Europe if sanctions are imposed on his regime for the forced landing of a Ryanair flight,” the Times of London reports.

“The Texas electric grid came within five minutes of a complete collapse in mid-February,” the Wall Street Journal reports.

“If grid operators had completely lost control of the situation—they didn’t, although they came close—the spotty performance of the black start units could have left Texans without power for much longer than a few days. How long is impossible to say, though by the grid operators’ own estimate, a total collapse could have caused weeks or even months of outages.”

Buzzfeed News: “The true number of people killed by the disastrous winter storm and power outages that devastated Texas in February is likely four or five times what the state has acknowledged so far.”

“The state’s tally currently stands at 151 deaths. But by looking at how many more people died during and immediately after the storm than would have been expected — an established method that has been used to count the full toll of other disasters — we estimate that 700 people were killed by the storm during the week with the worst power outages.”

Rep. Matt Gaetz (R-FL) told an audience in Georgia Thursday that the purpose of the Second Amendment is to “maintain an armed rebellion against the government if that becomes necessary,” the New York Post reports.

Said Gaetz: “We have a Second Amendment in this country, and I think we have an obligation to use it.”

New York Times: “Hackers linked to Russia’s main intelligence agency surreptitiously seized an email system used by the State Department’s international aid agency to burrow into the computer networks of human rights groups and other organizations of the sort that have been critical of President Vladimir Putin.”

“Discovery of the breach comes only three weeks before President Biden is scheduled to meet Mr. Putin in Geneva, and at a moment of increased tension between the two nations — in part because of a series of increasingly sophisticated cyberattacks emanating from Russia.”

NBC News: “Biden’s decision to announce an intensified 90-day review into the origins of the coronavirus pandemic came about in part because of the Chinese government’s refusal participate in an investigation by the World Health Organization.”

New York Times: U.S. said to have unexamined intelligence to pore over on virus origins.

“Federal prosecutors in Brooklyn have been investigating whether several Ukrainian officials helped orchestrate a wide-ranging plan to meddle in the 2020 presidential campaign, including using Rudolph Giuliani to spread their misleading claims about President Biden and tilt the election in Donald Trump’s favor,” the New York Times reports.

“The criminal investigation, which began during the final months of the Trump administration and has not been previously reported, underscores the federal government’s increasingly aggressive approach toward rooting out foreign interference in American electoral politics. Much of that effort is focused on Russian intelligence, which has suspected ties to at least one of the Ukrainians now under investigation.”

New York Times: “Since May 1, at least 26 outposts and bases in just four provinces — Laghman, Baghlan, Wardak and Ghazni — have surrendered after such negotiations… With morale diving as American troops leave, and the Taliban seizing on each surrender as a propaganda victory, each collapse feeds the next in the Afghan countryside.”

“Among the negotiated surrenders were four district centers, which house local governors, police and intelligence chiefs — effectively handing the government facilities to Taliban control and scattering the officials there, at least temporarily.”

A waste of 20 years, thousands of lives and billions of dollars.

Rep. Liz Cheney (R-WY) explained to the Casper Star Tribune her personal experience during the January 6 insurrection at the U.S. Capitol.

Said Cheney: “It made me very angry, the idea that this could have happened and that there were people who were trying to use violence to stop us from counting electoral votes.”

But there was one moment that struck her more than most: “One of the most troubling moments of that period of the day was when one of my colleagues on the other side of the aisle was sitting across from me and he looked at his phone and he said, ‘Liz, there’s a Confederate flag flying in the rotunda.’ And that moment was really — you realize that never happened during the Civil War.”

“It became clear that to stay in that position, I would have to perpetuate the ‘Big Lie.’ I would have to be willing to go along with the idea that the election was stolen.”  — Rep. Liz Cheney (R-WY), in an interview with the Casper Star Tribune, on why she didn’t fight to remain in the House GOP leadership.

“Former Sen. Claire McCaskill is under consideration for a plum ambassadorship in western Europe — another sign President Biden will tap party allies over big dollar donors when he starts to name his political ambassadors as soon as next week,” Axios reports.