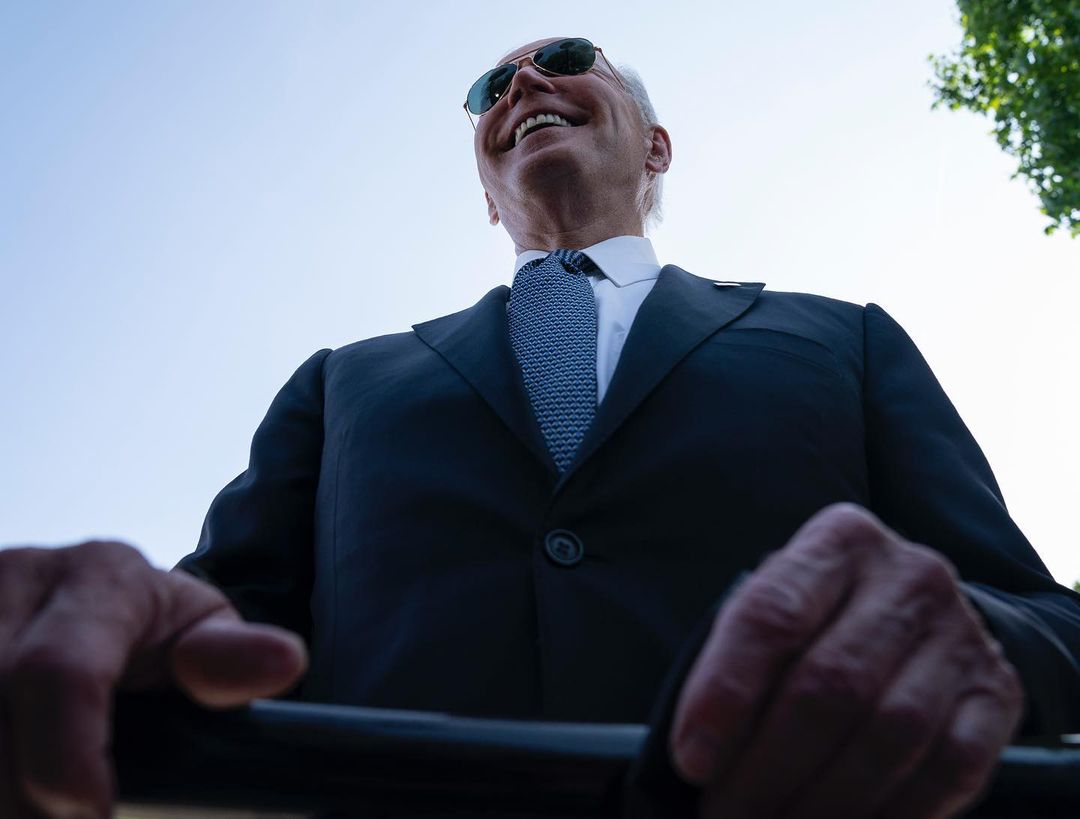 NEW YORK CITY MAYOR — A new poll from Core Decision Analytics on behalf of Fontas Advisors, a lobbying group that is not working for any candidates, shows Brooklyn Borough President Eric Adams leading 2020 presidential candidate Andrew Yang 18-13 in the June 22 Democratic primary, with former city Sanitation Commissioner Kathryn Garcia at 13%. That’s a notable shift from March, when this firm had Yang beating Adams 16-10 as Garcia barely registered with just 2% of the vote.

Garcia was endorsed by the New York Times earlier this month, and another survey also shows her gaining ground since then. Yang recently released a Slingshot Strategies poll that found him edging out Adams 19-16, with city Comptroller Scott Stringer and Garcia at 13% and 10%, respectively; in late April, Slingshot showed Yang leading Stringer 24-16, with Garcia at 3%. This May survey has Yang beating Adams by a narrow 51-49 after simulating the instant runoff process.

Meanwhile, another candidate is in bad shape heading into the final weeks. Three senior staffers for nonprofit head Dianne Morales, including her campaign manager, resigned over the last few days over what Politico calls “accusations of mistreatment, inadequate pay and lack of unionization and health care.” Morales responded by saying she “accepted accountability in my role as the head of this campaign that allowed for this harm to occur.”

NEW MEXICO 1ST CD — Democrat Melanie Stansbury is out with a positive ad ahead of Tuesday’s special election. The spot touts her background in the district and also attempts to tie herself to the Biden administration. Stansbury is pictured with Interior Secretary Deb Haaland (whose confirmation to that position opened this seat) and first lady Jill Biden as the voiceover says “In Congress, she’s ready to get to work with President Biden.”

Stansbury was endorsed by Biden himself earlier this week, and second gentlemen Douglas Emhoff is slated to campaign with her on Thursday.

MAINE 2ND CD — Republican state Rep. Mike Perkins, who said last month that he was exploring a bid against Democratic Rep. Jared Golden, has now filed paperwork to create a campaign committee with the FEC.

GEORGIA 10TH CD — Wealthy businessman Matt Richards is the latest Republican to enter the race for Georgia’s deep-red 10th Congressional District. The Atlanta Journal-Constitution has reported that he’s prepared to self-fund at least $1 million in his bid for this open seat.

FLORIDA 10TH CD — With Rep. Val Demings running for Senate, fellow Democrats are lining up to succeed her in Florida’s 10th Congressional District, located in the Orlando area. Former State Attorney Aramis Ayala, who served one term as the top prosecutor in Orange and Osceola counties, had been considering a Senate bid herself but quickly shifted gears and announced a bid for Demings’ seat. State Sen. Randolph Bracy has jumped in as well; he, too, reportedly had his eye on statewide office—in his case, the governorship.

Civil rights attorney and Navy veteran Natalie Jackson also kicked off a campaign this week. She is best known for her work on behalf of a number of families who’ve lost relatives to police violence, including those of Breonna Taylor and George Floyd.

VIRGINIA GOVERNOR — As the June 8 Democratic primary for Virginia’s open gubernatorial race approaches, we have a rundown of candidate spending on TV ads. According to Medium Buying, former Gov. Terry McAuliffe is outspending former Del. Jennifer Carroll Foy on the airwaves $3.28 million to $1.33 million. The pair are dwarfing the rest of the field as the third-biggest spender, state Sen. Jennifer McClellan, has shelled out just $108,000.

On the Republican side, businessman Glenn Youngkin, who already has the nomination locked up, is out with his first general election spot. In the commercial, he plays up his business experience and attempts to paint himself as an outsider. He also takes a veiled swipe at McAuliffe, the Democratic frontrunner, when he proclaims, “What we need isn’t a politician or worse: the same politician”.

NEVADA GOVERNOR — Politico reports that former Sen. Dean Heller is “preparing to run for governor” next year and is meeting with party leaders about a bid at a conference hosted by the Republican Governors Association, according to unnamed sources “familiar with the conversations.” Heller’s apparent interest in running—and the RGA’s interest in him—is particularly notable because of the recent entry of Clark County Sheriff Joe Lombardo, who just gave the GOP a high-profile candidate with experience winning in Nevada’s most populous (and bluest) county.

But that’s precisely why Lombardo’s conservative bona fides might come into question. Two years ago, for instance, he ended the Las Vegas Metropolitan Police Department’s collaboration with ICE to detain individuals arrested on local charges until federal officials can apprehend them if they are also suspected of immigration violations.

Heller, however, may not be the antidote. These days, fealty to conservative dogma is entirely subordinate to fealty to Donald Trump when it comes to Republican primary voters, and the ex-senator has not scored well on that front. Most vividly, he earned undying Trumpist ire when he initially voted against repealing the Affordable Care Act in 2017, then sealed his doom when he later voted in favor of doing so. The painful flip-flop played a key role in his 50-45 loss to Democrat Jackie Rosen, which Trump himself claimed came as a consequence of Heller being “extraordinarily hostile” to him.

So who will claim the Trump mantle? The third notable candidate in the race, North Las Vegas Mayor John Lee, was a Democrat until last month (albeit a conservative one), a resume that poses its own obvious problems. That could leave an opening for someone else, but the most prominent name still considering the race, Rep. Mark Amodei, has been an imperfect disciple: Just two years ago, after he expressed a vague openness to Trump’s first impeachment, the extremist (and extremely well-funded) Club for Growth threatened to back a primary challenger. Amodei wound up voting against impeachment, of course, but as far as the die-hards are concerned, it’s very hard to erase the taint of sinning against Trump in the first place.

WISCONSIN U.S. SENATOR — State Sen. Chris Larson kicked off a bid Wednesday for the Democratic nomination to take on Republican Sen. Ron Johnson (who still hasn’t said whether he’s seeking re-election). Larsen has represented a seat in the Milwaukee area for a decade and has twice sought the position of Milwaukee County executive, including an extremely tight 2020 race that he lost 50.05-49.52 to fellow Democrat David Crowley.

OHIO U.S. SENATOR — Republican Rep. Bill Johnson, who’d been considering a Senate bid ever since Rob Portman unexpectedly announced his retirement in January, has opted against joining the race. Johnson cited the presence of several well-funded candidates already seeking the GOP nod (including some with personal wealth) as an obstacle, explaining, “I’m not going to deny that coming from a base in Appalachia, where fundraising is a challenge under the best of circumstances, it can be exceptionally slow in a contested primary.” Johnson’s 6th Congressional District ranks 359th in the nation in median household income.

But with Hudson County pastor Phil Rizzo taking 8% and former Franklin Mayor Brian Levine at just 2%, according to the survey from Public Policy Polling, that means 38% of voters are undecided, so there’s lots of room left for wiggling. Perhaps most surprisingly, PPP’s numbers also suggest that a recent Singh poll that had him up 22-20 weren’t completely bonkers.

Ciattarelli seems to agree. As the New Jersey Globe notes, he just went up with ads criticizing Singh for “attacking our men and women in blue” alongside “the woke mob” and aggressively criticized his rival in the lone debate of the race on Tuesday night. Singh has portrayed himself as the only true Trump acolyte running, which explains why Ciattarelli’s ad labels him a “fake MAGA candidate.”

It’s all quite a turnaround from where we were just last month: Ciattarelli was acting as though he had the nomination sewn up, seeing as he was firing off a barrage of ads attacking Democratic Gov. Phil Murphy. We’ll know in less than two weeks how premature his pivot to the general election really was.

PUERTO RICO — “Sen. Rick Scott believes Puerto Rico will achieve statehood — and the Florida Republican rejects arguments by some in his party that the Caribbean island territory would elect Democrats to Congress in perpetuity,” the Washington Examiner reports.

“Indeed, Scott said that it is very possible that Puerto Rico might elect two Republican senators.”

New York Post: “He may be facing allegations of sex trafficking of a minor, but Rep. Matt Gaetz still has his eye on a 2024 presidential bid — as long as former President Donald Trump does not decide to run.”

Missouri state Rep. Chad Perkins (R) allegedly used his position as a cop to receive a “sexual favor” from an intoxicated teenage girl in 2015 and his boss is accused of attempting to obstruct a probe as Perkins ran for a seat in the Legislature last year, the St. Louis Post-Dispatch reports.

Larry Sabato’s Crystal Ball: “Gov. Chris Sununu’s (R) decision as to whether he will challenge Sen. Maggie Hassan (D) could be the most important candidate choice of the 2022 cycle.”

“While Republicans will target vulnerable Democrats in states that are more competitive at the presidential level than New Hampshire, they very well may struggle to produce a candidate in those states as proven as Sununu.”