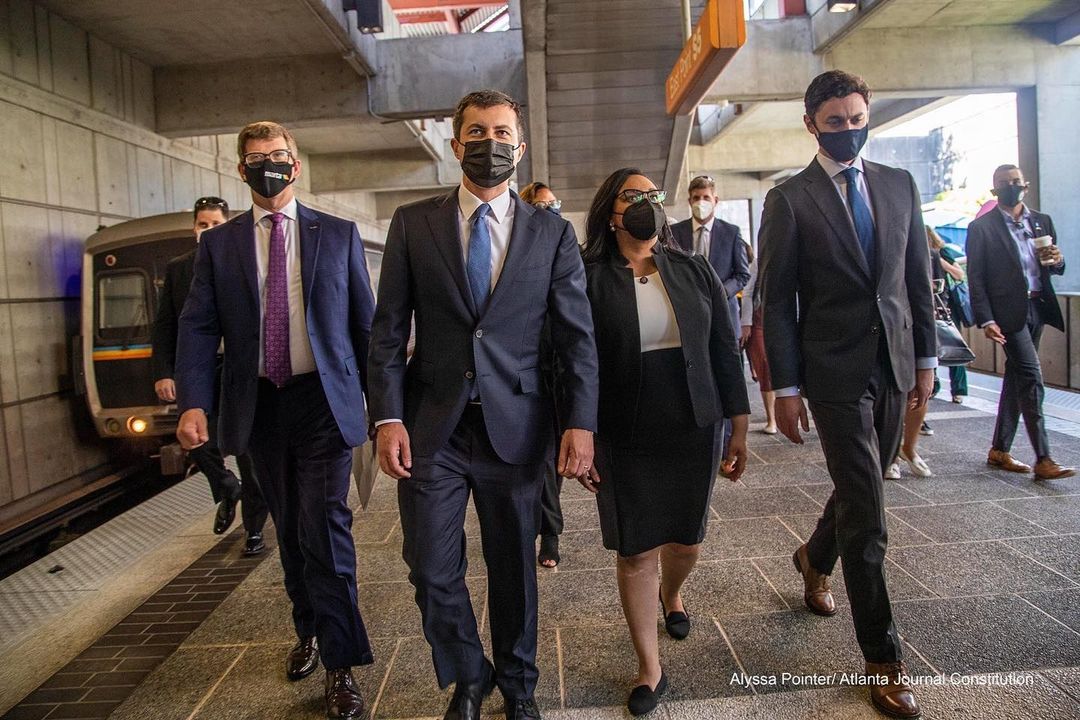 Of those who voted for Biden, just 2% say they won’t ever get vaccinated, as compared to 26% of Trump voters.

Interestingly, non-voters are much less likely to get vaccinated than those who vote.

During the same race, he accused then-Lt. Gov. Anthony Brown, the frontrunner, of relying chiefly on the fact that he was Black to get elected. “I mean, right now his campaign slogan is, ‘Vote for me, I want to be the first African American governor of Maryland,” said Gansler. “That’s a laudable goal, but you need a second sentence: ‘Because here’s what I’ve done, and here’s why I’ve done it.’ “

Despite bringing in lots of money for his campaign, the endless barrage of embarrassing stories took their toll, and Gansler finished a distant second to Brown, who bested him 51-24 and even beat him in Montgomery County, Gansler’s home county. (Del. Heather Mizeur, who ran as the most vocally progressive option but raised far less cash, wound up just a shade behind Gansler with 22%.) The outcome was a relief for Maryland Democrats, who must be just as astonished as we are to see Gansler attempting a comeback.

It’s even possible we could see a rematch of sorts. While Brown, who lost the general election 51-47 to Republican Larry Hogan amid 2014’s GOP wave, has indicated he plans to seek re-election to the House (to which he was elected in 2016), he hasn’t exactly ruled out another gubernatorial bid. The primary will be a very different affair this time, though, as a number of other prominent Democrats are seeking the nod, all of whom, thankfully, are not Doug Gansler.

NEVADA GOVERNOR — Former Sen. Dean Heller (R-NV) “is preparing to run for governor in 2022, giving Republicans a high-profile entrant into one of the key contests of the midterm elections,” Politico reports. “Heller has meetings with GOP governors, party leaders and major donors at the Republican Governors Association conference this week in Nashville.”

Clark County Sheriff Joe Lombardo, who’d been considering a bid for governor, announced on Monday that he’d seek the GOP nomination to take on Democratic Gov. Steve Sisolak next year. The move makes Lombardo the second notable Republican in the race after North Las Vegas Mayor John Lee, who recently switched parties, though the field could yet grow—and an apparent complication looms.

Last month, the Las Vegas Review-Journal’s Rory Appleton reported that Republican operatives believed Lombardo would not compete against Rep. Mark Amodei or former Lt. Gov. Mark Hutchison in the primary, but so far, only half of that prophecy has been realized, with Hutchison coming on board to chair Lombardo’s campaign. Amodei, however, recently told the AP that “he’s still weighing whether to run” and had no timeline for making a decision, so evidently this triple entente wasn’t quite as firm as some GOP politicos wanted to believe.

ARIZONA U.S. SENATOR — The Arizona Republic reports that retired Maj. Gen. Michael McGuire, who stepped down as adjutant general of the Arizona National Guard last month, is “expected” to seek the Republican nomination to take on Democratic Sen. Mark Kelly next year. While McGuire hasn’t confirmed his intentions publicly, he indicated an interest in seeking office when he announced his departure from the National Guard in March.

ARIZONA GOVERNOR — Democratic Secretary of State Katie Hobbs doesn’t appear to have publicly said anything about a potential run for governor in over a year, but the Arizona Capitol Times reports that she’s “expected to imminently” enter this open seat race. Another Democrat, state Rep. Aaron Lieberman, also acknowledged his own interest in campaigning to succeed termed-out Republican Gov. Doug Ducey. The only announced Democratic contender at the moment is former Homeland Security official Marco López, who is also a former mayor of Nogales.

PENNSYLVANIA U.S. SENATOR — Democratic Rep. Susan Wild, who’d been mentioned as a possible Senate candidate but never said she was looking at the race, tells Roll Call she won’t be running. “I love having a district I can know every corner of,” she said in a wide-ranging new interview. “I think it would be incredibly frustrating to represent 67 counties and barely ever get to some of them.”

“The cancelation follows a Review-Journal report that a group affiliated with the Proud Boys was attempting to elect a slate of leaders to the county party and had threatened several prominent Republicans.”

WISCONSIN U.S. SENATOR — Nonprofit founder Steven Olikara, who recently filed paperwork ahead of a possible Senate bid, says he will “take the summer” to decide whether to join the hunt for the Democratic nomination. Olikara stepped down last month as head of the Millennial Action Project, which the Milwaukee Journal-Sentinel describes as a group that “encourages bipartisan political cooperation among young leaders.”

FLORIDA GOVERNOR — Rep. Kathy Castor, who represents the district right next door to Charlie Crist’s, has endorsed her fellow Democrat in his bid for governor. The move makes Castor the first member of Congress from Florida to take sides in next year’s primary.

MICHIGAN GOVERNOR — The RGA is reportedly spending $500,000—an unusually large sum 18 months ahead of Election Day—on a new TV ad attacking Democratic Gov. Gretchen Whitmer over her handling of the COVID crisis. The spot features a woman named Suzette who claims that Whitmer “secretly flew to Florida to visit her father.” She continues, “I wish I had that same chance. But Whitmer closed nursing homes in Michigan, and I couldn’t see him.”

Most misleadingly, she says, “Whitmer ignored her own rules while the rest of us were forced to comply.” Not the case: Whitmer rescinded the restrictions on nursing home visits in early March, before she went to see her chronically ill father later that month. Michigan also does not prohibit out-of-state travel but instead recommends against it unless unavoidable.

OHIO GOVERNOR — The Ohio Association of Public School Employees, which represents more than 34,000 members, has endorsed Dayton Mayor Nan Whaley in her bid for the Democratic nomination for governor. Cleveland.com describes the organization as “one of the most powerful unions in the state” and notes that its executive director, Joe Rugola, gave his backing to Whaley when she first entered the race last month.

Cincinnati Mayor John Cranley (D) recently confirmed to the Cincinnati Enquirer’s Jason Williams that he would indeed launch his long-anticipated campaign against Republican Gov. Mike DeWine, saying, “We’re all in.” Cranley, who is unable to seek re-election this year because of term limits, has been raising money for a gubernatorial bid for months, announcing in April he’d already raised $800,000. He joins a fellow mayor, Dayton’s Nan Whaley, in next year’s primary.

Cranley has a long career in politics in the Queen City, which included a decade on the City Council in the 2000s and losses to local Republican Rep. Steve Chabot in both 2000 and 2006. Cranley was elected to lead the city in 2013, though four years later, he seemed doomed to defeat after he badly trailed an opponent who campaigned to his left, City Councilwoman Yvette Simpson, in May’s nonpartisan primary. The mayor rallied that fall, though, and won 54-46.

Cranley also spent most of his time in elected office opposed to abortion rights, but he now identifies as pro-choice. The mayor, however, remains a supporter of fracking, which could be a fault line in the primary.

NEW YORK GOVERNOR — Dutchess County Executive Marc Molinaro has taken himself out of contention for another gubernatorial bid by endorsing Rep. Lee Zeldin for the Republican nomination. Molinaro has also said he’s considering a bid against Democratic Rep. Antonio Delgado in New York’s 19th Congressional District, but he hasn’t given an update on his plans since first going public with his interest in March.

Half of the Republicans in New York’s House delegation have given their endorsement to fellow Rep. Lee Zeldin’s bid for governor: Nicole Malliotakis, Chris Jacobs, Andrew Garbarino, and John Katko, the last of whom has been mentioned as a possible candidate himself. For good measure, Ohio Rep. Jim Jordan, the founder of the nihilist House Freedom Caucus and a bellicose Trump defender, is also part of Zeldin’s rollout of new supporters.

VERMONT GOVERNOR / U.S. SENATOR — Republican Gov. Phil Scott, who is the subject of a long profile in The Atlantic, tells reporter Russell Berman that he hasn’t decided whether or not to seek a fourth two-year term next year. Scott last year only announced his reelection plans on the day of the filing deadline, though Green Mountain State politicos had no doubt that he’d be on the 2020 ballot.

Scott also reveals that he’d support Democratic Sen. Pat Leahy should the incumbent seek a ninth term; Leahy said back in January that he wouldn’t make a decision until near the end of this year, though he sounded very eager to campaign again. Scott also sounded very unlikely to try to run if there’s an open seat, saying, “To be honest with you, I don’t think Republicans could win.” The governor, though, didn’t quite rule out the idea, adding, “You never close the door on anything.”

RHODE ISLAND GOVERNOR — Termed-out Rhode Island Secretary of State Nellie Gorbea kicked off a bid over the weekend for Rhode Island’s governorship, the second notable Democrat after physician Luis Daniel Muñoz to enter the contest. Democratic Gov. Dan McKee is serving out the remainder of former Gov. Gina Raimondo’s final term and said before he ascended to the post that his plan was to run for the top job, but hasn’t formally announced anything since taking over.

Gorbea said earlier this year McKee’s presence would not be a deterrent for her then-potential candidacy and it appears she isn’t alone in that thinking: State Treasurer Seth Magaziner and Providence Mayor Jorge Elorza, who has been weighing a bid for this seat since 2019, are both considering getting in the race.

NEVADA U.S. SENATOR — Former Attorney General Adam Laxalt finally confirmed on Friday that he was considering another run for office, though he didn’t give a timeline for when he expected to decide. Laxalt, who was the 2018 Republican nominee for governor, also didn’t mention a specific post he was looking at, though multiple media outlets have reported that he’s interested in taking on Democratic Sen. Catherine Cortez Masto next year.

OHIO U.S. SENATOR — Republican state Sen. Matt Dolan, who is a co-owner of the Cleveland Indians baseball team, has set up an exploratory committee for a possible run to succeed retiring Sen. Rob Portman. Dolan, whom Cleveland.com’s Andrew Tobias has described as “a more-moderate, business friendly Republican,” first expressed interest in a Senate bid in January when Portman announced his departure, but this is the first indication we’ve seen in some time that he’s still serious about running.