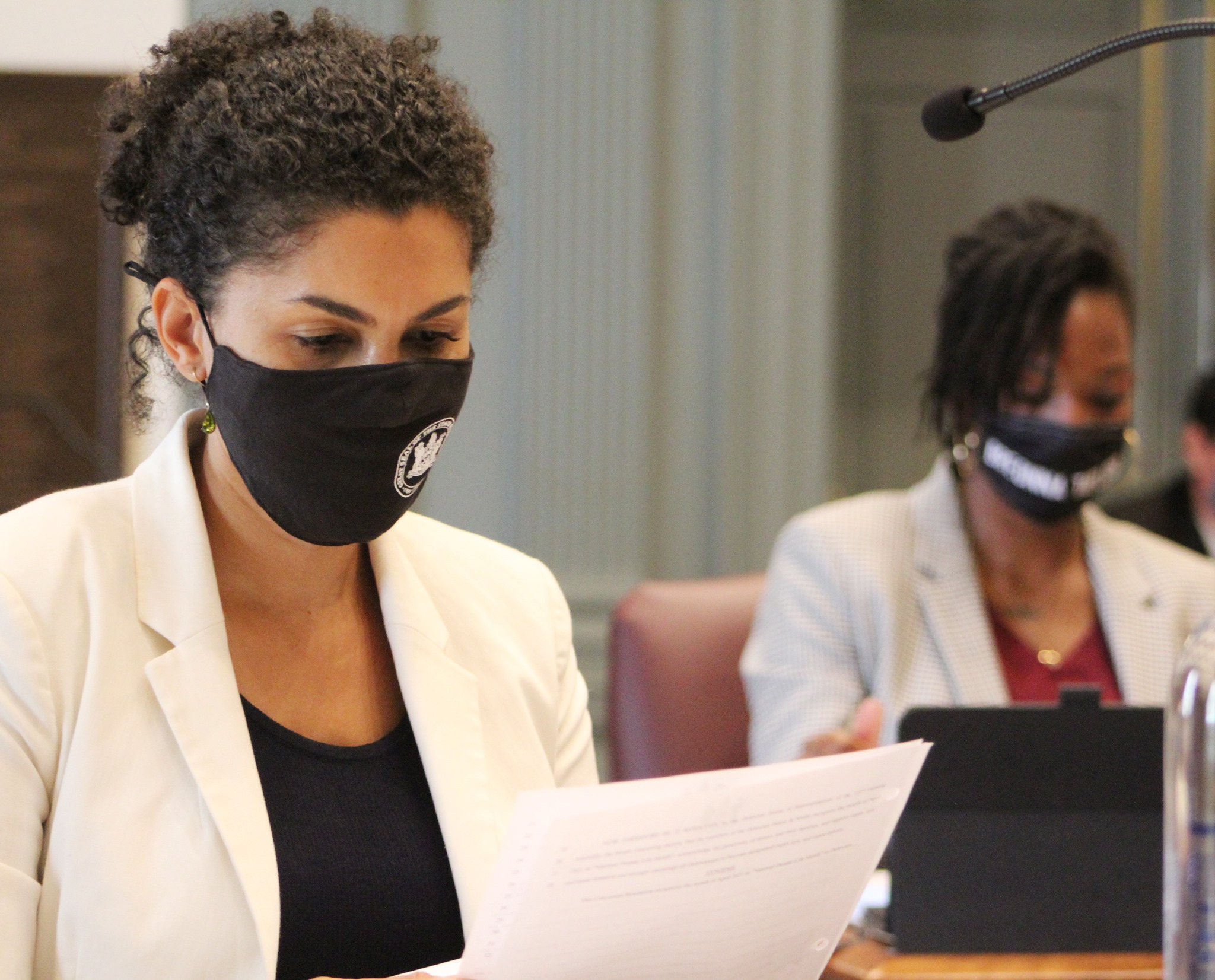 “One year ago[,] George Floyd was publicly murdered in such an inhuman way that it made the world sit up and take notice. People mourned the loss of a father, son and brother, and they began to call into question the unequal treatment that people of color receive from law enforcement.

“The issues of racial discrimination, bias and police brutality did not begin with George Floyd, but his killing was a call to action for many of us. The Delaware Legislative Black Caucus pledged to respond, announcing the Justice for All Agenda. At this one-year mark, many of these proposals have either been signed into law, are currently making their way through the General Assembly, or are poised to be filed and considered.

“The Law Enforcement Accountability Task Force brought together stakeholders from all sides to recommend policing reform initiatives, and they have presented us with proposals that we are moving forward. We will continue taking steps to increase transparency and accountability and strengthen trust in our law enforcement system.

“Our work is not done. Today is a day to remember George Floyd, to reflect on our progress, and to recommit ourselves to the ongoing effort to make real change and achieve justice for all.”

To that end, Senate Majority Whip Elizabeth “Tizzy” Lockman and Sen. Marie Pinkney have introduced three pieces of legislation yesterday to increase police accountability and transparency in police misconduct cases. We will be covering all three bills in two posts this morning. This first post will address Senate Bill 149, sponsored by Sen. Lockman and Rep. Johnson, which would amend sections of the Delaware Law-Enforcement Officers’ Bill of Rights (LEOBOR) by making records of police misconduct publicly accessible for the first time in 25 years.

The First State is the only state that specifically codifies the confidentiality of law enforcement personnel records from public scrutiny in nearly all circumstances.

Currently, police misconduct records are only available to a civil plaintiff alleging an officer caused injury through a breach of their official duty. Criminal defense attorneys cannot access them to show an officer has engaged in a pattern of misconduct and the public cannot inspect them to determine whether a law enforcement agency is holding its officers to a high standard of conduct.

The strict confidentiality clause contained in the Delaware Law Enforcement Officers’ Bill of Rights has enabled a number of officers to continue serving despite repeated and egregious accusations of misconduct, including a former Dover officer whose file contained nearly 30 use-of-force reports before being captured on video breaking a man’s jaw.

Eight states, including California, New York and Maryland have passed similar laws since 2018, joining a majority of states that make police disciplinary records partially or fully available to the public. It’s not only the public demanding increased scrutiny. A recent survey found that 72% of police officers believe their colleagues who consistently do a poor job are not held accountable.

SB 149 would help make Delaware policing more transparent by allowing the public to review police disciplinary records, including any complaints, allegations or charges filed against a police officer, transcripts of disciplinary trials or hearings, and the factual findings and the final disposition of the case. Personal information including home addresses, telephone numbers, any medical history or the names of family members and witnesses would be redacted and remain confidential under the legislation.

SB 149 also would allow any state agency, county or municipality that operates a law enforcement agency to empower a community review board to hear and decide law-enforcement disciplinary matters in place of the Delaware Criminal Justice Council or a tribunal made up of fellow police officers.

“For too long, police misconduct records have been hidden,” Assistant Public Defender Misty Seemans said. “Delaware is in the minority of states where police misconduct – lying, the excessive use of force, abuse of power, tampering with evidence – is secret. Communities, criminal defendants, judges, and juries should know who is policing their communities and testifying in court. This bill removes the barriers to public access to misconduct records, a misconduct database, and civilian oversight, paving the way for a fairer and more transparent criminal justice system.”

“Too often, an officer who uses excessive force, abuses their authority, tampers with evidence or engages in sexual misconduct is described as a ‘bad apple,’ a term that is meant to separate police officers who engage in wrongdoing from the upstanding officers they serve alongside,” said Sen. Lockman. “Yet, the laws here in Delaware actually prevent us from being able to tell the difference.”

“Our communities and the police officers sworn to protect them deserve better. Honest police officers deserve a disciplinary system that’s fair, transparent, and impartial. Our communities deserve a system that holds ‘bad apples’ accountable. And both deserve lawmakers with the courage to draw a clear distinction between the two,” she said. “This legislation will do just that by ending the culture of secrecy and ambiguity that has allowed hatred, fear and mistrust between law enforcement and communities of color to flourish for far too long.”

“If we do not have transparency, there can be no accountability. The two go hand-in-hand when it comes to building trust for all people, but especially between law enforcement and the community they serve,” said Rep. Kendra Johnson, SB 149’s lead House sponsor. “This is a critically important step, and with this framework, we can strengthen public safety and protect the rights of officers and citizens in Delaware. I thank my colleagues for supporting this legislation and taking a stand for change.”

I am assuming the noticeable dearth of sponsors above is due to the fact that the legislation was quickly drafted after the Task Force recommendations came out a few weeks ago, and because the General Assembly is out on recess this week, there was not enough time to circulate this bill for sponsorship. Because every single Democrat and more than a few New Castle County Republicans should be sponsoring this bill.