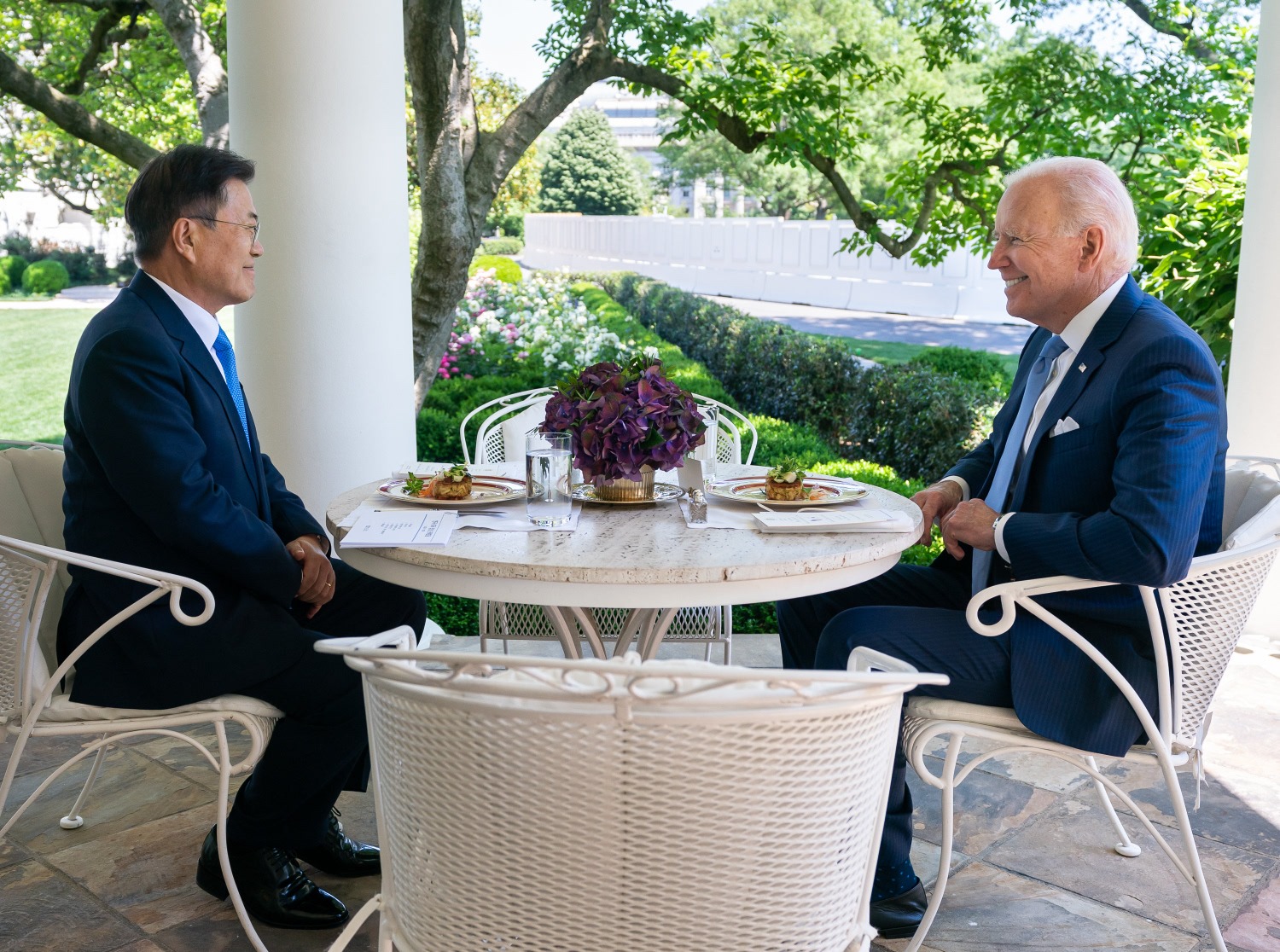 Dan Balz: “Biden will have to make some difficult choices about the unfinished parts of his economic and domestic agenda. He will continue to feel pressure from the left on voting rights, immigration, racial injustice, guns and the filibuster. So far he has maneuvered through this with relative confidence, but he has been forced by circumstances to adapt to the changes within his party and govern accordingly.”

“White House officials have left key Biden campaign promises on health care out of their coming budget proposal, as the administration focuses on trying to pass what they have already introduced,” the Washington Post reports.

“The White House jettisoned months of planning from agency staff as their initial plan could fuel criticisms that the administration is pushing new spending programs too aggressively. The budget will not include Biden’s campaign pledge to enact a public option to create a government-run health insurance program, or his pledge to cut prescription drug costs.”

Washington Post: “Aggravation and drama have defined the Republican Party since Trump left office. In just the two weeks, Republican leaders have punished his enemies, continued to pursue a revisiting of the election results and, on Capitol Hill, opposed bipartisan efforts to create a commission to investigate the Jan. 6 insurrection. A few members expressed concern for those who broke into the building where they work.”

“A new generation of Trumpist acolytes — like Missouri attorney Mark McCloskey, who became famous for drawing a gun on Black Lives Matters protesters — have announced their intention to run for high office with a set of Trump issues that motivate them. McCloskey has announced plans to run for the Senate.”

“The moves pose a threat to the party’s efforts to reclaim moderate, largely college-educated voters whom were turned off by Trump, while muddying the party’s efforts to shift the national focus to the less popular parts of Democratic policies. They also mark a continued repudiation of the orthodoxy that last restored Republicans to power and governed the party for two generations.”

Sen. Rand Paul (R-Ky.) said that he will not be getting vaccinated against COVID-19 since he’s already had the disease, The Hill reports.

Said Paul: “Until they show me evidence that people who have already had the infection are dying in large numbers, or being hospitalized or getting very sick, I just made my own personal decision that I’m not getting vaccinated because I’ve already had the disease and I have natural immunity.”

“This comes after a federal appeals court rejected his second $100 million defamation suit against G/O, the parent company of Gizmodo, Jezebel, and other websites.”

Alaska Gov. Mike Dunleavy (R) launched a $5 million tourism marketing campaign to brand the state as COVID-19 safe, the Anchorage Daily News reports.  Said Dunleavy: “We’re inviting you to come to our great state this summer. If you want to see glaciers, bears, pan for gold … you name it, Alaska is the place. Having one of the highest vaccination rates in the country, our people are safe. And you will be too.”

“Florida legislators approved a legislative package Wednesday that will dramatically expand gambling in the state and sets the stage for former president Donald Trump to pursue a casino license at his Doral golf resort,” the Washington Post reports.

Associated Press: “Pennsylvania voters became the first in the nation to impose restrictions on a governor’s authority under an emergency disaster declaration, approving constitutional amendments sped to a statewide referendum by Republican lawmakers angry over how Democratic Gov. Tom Wolf handled the pandemic response.”

“The two questions led with almost 54% of the vote, with 73% of precincts reporting. More than 2 million ballots were cast, still less than a quarter of the state’s 8.7 million registered voters.”

Texas Tribune: “The Texas House and Senate have reached a compromise on a bill to allow the permitless carrying of handguns, the top negotiators said Friday, moving it even closer to Gov. Greg Abbott’s desk for a likely signature.”

The bill “would eliminate the requirement for Texas residents to obtain a license to carry handguns if they’re not barred by state or federal law from possessing a gun.”

Washington Post: “Federal officials have been reviewing whether they could mandate that states continue paying their unemployed workers, preserving a series of coronavirus stimulus programs dating to last spring. That includes Pandemic Unemployment Assistance, which provides weekly aid to self-employed workers and others who labor on behalf of gig economy companies such as Uber.”

“But Labor Department officials have come to believe that the government cannot legally force states to administer these benefits… Nor can Washington circumvent Republican governors by administering unemployment checks on its own or through cooperating agencies in other states.”

“Secretary of State Antony Blinken on Thursday confirmed that the United States was no longer interested in buying Greenland, scuttling for good a quixotic 2019 proposal by the Trump administration to annex the self-governing Danish territory,” the New York Times reports. “Blinken’s brief remarks closed the book on a bizarre episode in U.S. foreign policy.”

New York Times: “The staying power of Pyongyang’s nuclear arsenal highlights an uncomfortable truth for Mr. Biden as he prepares to greet President Moon Jae-in of South Korea at the White House on Friday. Mr. Moon has said denuclearization of the Korean Peninsula is a ‘matter of survival’ for his country, and he has called on Mr. Biden to revive negotiations.”

“But North Korea’s arsenal of nuclear weapons and its stockpile of fuel have roughly doubled in the past four years, a steady rise that proceeded even as President Donald J. Trump held high-drama meetings with Kim Jong-un, the North Korean leader. The best unclassified estimates are that the North has at least 45 nuclear weapons, and appears headed to an arsenal roughly the size of Pakistan’s, another nuclear state the United States once demanded must disarm, and now has all but given up that it ever will. For the North, that has always been a model to follow.”

Aaron Blake: “The problem for Democrats in trying to force Breyer out, of course, is that there’s just not a great way to go about it.”

“Launching a very public campaign both would invite allegations of politicizing the court (allegations which should be mitigated by the GOP doing plenty on that front in recent years) and might not have much impact, given the decision rests with one man with a lifetime appointment who can do whatever he wants.”

“And every day that passes with that being the case should make Democrats a little more nervous.”