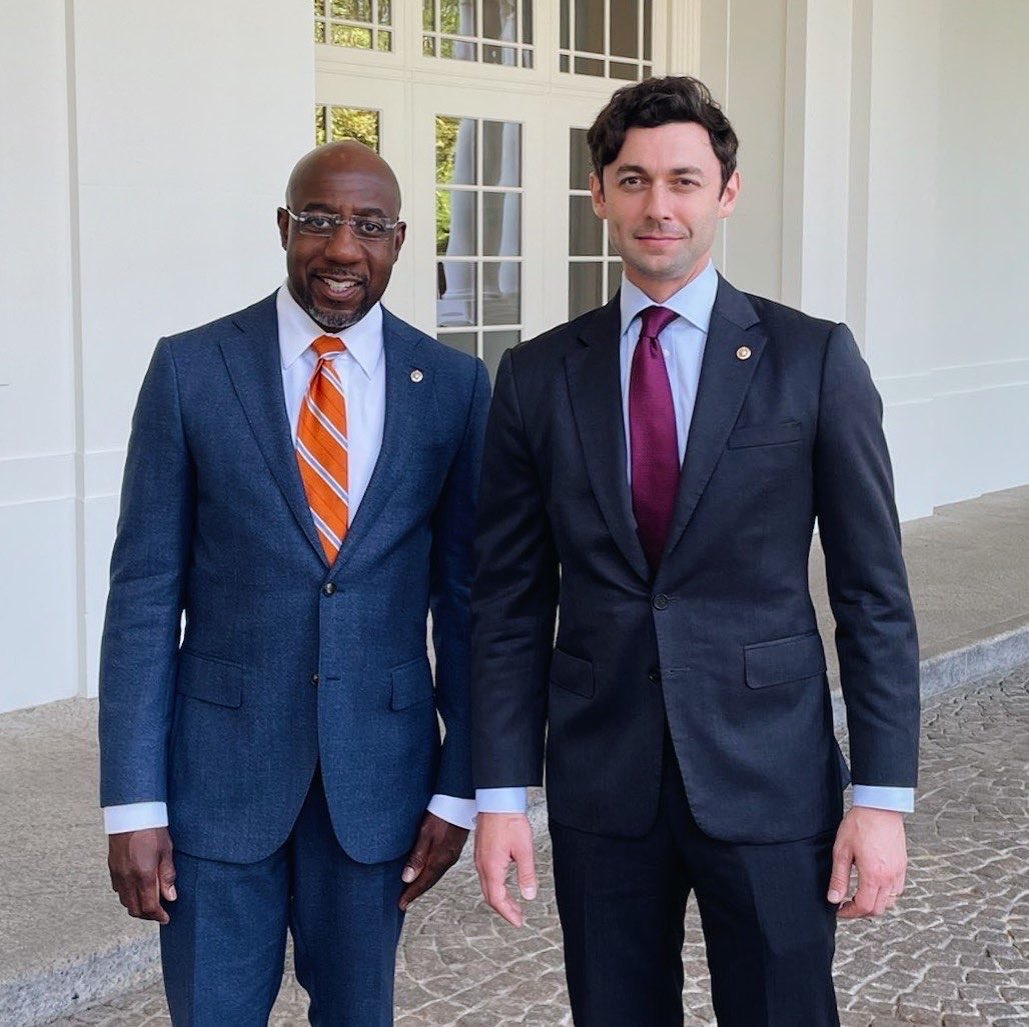 “Within hours of the Supreme Court accepting a case that could lead it to overturn or scale back a landmark abortion rights ruling, Senator Michael Bennet, a Colorado Democrat facing re-election next year, issued a dire warning to supporters: The fate of Roe v Wade is on the line,” the New York Times reports

“His declaration was among the first in a quickly intensifying clash over abortion, long a defining issue to many voters but one likely to gain additional prominence as the court weighs the possibility of rolling back the constitutional protections it provided to abortion rights in Roe 48 years ago.”

ARIZONA 6TH CD — Insurance executive Elijah Norton said this week that he was setting up an exploratory committee for a possible primary bid against Republican Rep. David Schweikert. Norton said he wanted to bring “ethical leadership” to the district, a not-so-veiled dig at an incumbent who last year agreed to pay a $50,000 fine, accept a formal reprimand, and admit to 11 different violations of congressional rules and campaign finance laws in a deal with the bipartisan House Ethics Committee to conclude its two-year-long investigation.

Norton himself may also be vulnerable when it comes to ethics, though. The Arizona Republic’s Ronald Hansen writes that he left as president of the company CarGuard Administration “ahead of a class-action lawsuit filed against the company and others claiming it had made numerous calls to phone numbers on the National Do Not Call Registry.”

MONTANA 1ST and 2ND CDs — NBC Montana took a look earlier this month at the potential field of congressional candidates in Big Sky Country, which will be gaining a second House district as a result of the 2020 U.S. Census.

On the Republican side, 2020 gubernatorial candidate Al Olszewski, a former state senator who took last place with 19% in last year’s primary, said he wants to run in 2022. Olszewski, who struggled badly with fundraising last time, said he was working on forming an exploratory committee, but he hasn’t filled out any FEC paperwork over the following two weeks.

Public Service Commissioner Brad Johnson also expressed interest in a run for Congress, but he said he wouldn’t run if redistricting placed him in the same district as Rep. Matt Rosendale, a Republican who currently represents the entire state. Johnson ran for Congress in 1990, the last time Montana had two House seats, but he lost in a landslide to Democratic incumbent Pat Williams in the 1st District in the western part of the state. Johnson, who went on to serve one term as secretary of state, currently represents a Public Service Commission seat in eastern Montana, but he took third place in last year’s primary to regain his old statewide post.

On the Democratic side, state Sen. Shane Morigeau and former state Rep. Kimberly Dudik also said they were thinking about running for the House. Both also lost races for statewide office last year in what proved to be a brutal year for Montana Democrats: Morigeau was the Democratic nominee for auditor, while Dudik was defeated in the primary for attorney general. Public health expert Cora Neumann, who dropped out of last year’s Senate contest after former Gov. Steve Bullock entered the primary, also confirmed her interest.

Rep. Tom Winter is thinking about another run, although there’s no direct word from him. Winter, like every other potential candidate we’ve mentioned so far in this item, also unsuccessfully sought statewide office last year: Winter campaigned for Montana’s only House seat but was defeated in the primary by 2018 nominee Kathleen Williams in a 89-11 landslide.

A pair of familiar Democrats did say no, though: Bullock and 2020 gubernatorial nominee Mike Cooney. Former Attorney General Tim Fox also took his name out of contention for the Republicans.

OHIO 11TH CD — Former state Sen. Nina Turner has two new TV spots ahead of the August Democratic primary for this safely blue seat. The candidate appears with her young grandson in one ad where she says she’s running to make sure he and others can grow up “free of violence” and are able to afford college, get a job with a living wage, and have “quality, affordable health care.” Turner’s other commercial focuses on police reform and her work leading “Ohio’s first bipartisan community task force to stop racial profiling and address police brutality.”

Nine other Republicans have also set up fundraising committees for this coastal South Carolina seat, though the only notable contender who has announced so far is Horry County School Board chair Ken Richardson. A runoff would take place if no one wins a majority of the vote, so a crowded field may not ultimately do Rice much good.

TEXAS 23RD CD — This week, Marine veteran John Lira became the first notable Democrat to announce a campaign against freshman Republican Rep. Tony Gonzales in a competitive seat that GOP map makers will have the chance to make redder. The current version of district, which stretches from San Antonio west to the El Paso area, swung from 50-46 Clinton to 50-48 Trump (the only other Clinton/Trump House seat in the nation is Florida’s 26th District), while Gonzales defeated Democrat Gina Ortiz Jones 51-47.

WASHINGTON 8TH CD — Republican Matt Larkin, who was the party’s nominee for state attorney general in 2020, announced this week that he’d challenge  Democratic Rep. Kim Schrier in this competitive seat, which includes the eastern Seattle suburbs and rural areas to the east.

Schrier won her second term last year 52-48 in a race that attracted minimal outside spending from either party as Joe Biden was winning the 8th District by a larger 52-45 spread. Larkin himself lost statewide to Democratic Attorney General Bob Ferguson 56-44, though the Republican actually carried this seat 51-49.

As we’ve noted before, while Democrats control the governorship and both chambers of the legislature, they’ll only have a limited say in redistricting. Instead, a bipartisan commission consisting of one appointee made by each of the four legislative majority and minority party leaders will be tasked with drawing up the maps. While the commission’s proposals need to be approved by the legislature, state law requires two-thirds supermajorities, which Democrats lack, to modify the proposed maps. If there’s a commission deadlock, the courts would craft the new maps instead.

They come and go, we guess, like memories of conversations with Senate minority leaders: Sununu’s fuzziness came two days after Politico reported that McConnell had “personally lobbied” the governor about challenging Democratic Sen. Maggie Hassan. In late February, Sununu said he’d “take a look” at the race in “six, seven months,” so if he’s still sticking to that timeline, that means no answer until the end of the summer at the soonest.

OHIO U.S. SENATOR / GOVERNOR — After briefly flirting with a Senate campaign after Republican Sen. Rob Portman announced his retirement earlier this year, former GOP Rep. Jim Renacci sounds like it’s governor or bust. Referring to his failed 2018 run against Democratic Sen. Sherrod Brown, Renacci said in new remarks to Fox that “my biggest mistake and my biggest regret was that I jumped into a Senate race because people wanted me to jump in, when I was fully prepared and running for governor.”

That cycle, after he’d already spent nearly a full year on the trail seeking the open governorship, Renacci switched over to the Senate contest following fellow Republican Josh Mandel’s departure from the race. Much to his chagrin, Renacci lost his bid, while Mike DeWine, who easily secured the GOP nomination for governor, won his. Now Renacci is looking for some sort of indirect vengeance, reiterating that he’s still considering a challenge to DeWine, whom he’s continued to trash for his aggressive efforts to protect Ohio from the coronavirus pandemic.

MICHIGAN GOVERNOR — Conservative radio host Tudor Dixon just joined the GOP primary for governor, but whether she rates as the first notable Republican candidate in the race is hard to say: She has no Wikipedia page, and her Twitter following numbers less than 8,000.

NEW MEXICO GOVERNOR — Retired Army National Guard Brig. Gen. Greg Zanetti is considering a bid against Democratic Gov. Michelle Lujan Grisham next year. Zanetti unsuccessfully sought the GOP nod for lieutenant governor all the way back in 1994, then ran an abortive campaign for governor in 2009, dropping out after just a few months.

CALIFORNIA 48TH CD — While Democratic Rep. Harley Rouda made it clear he was very interested in a rematch while conceding to Republican Michelle Steel following his narrow loss last year, he never formally announced a campaign, and perhaps he never will. In a new piece on the impact of redistricting on next year’s elections, Bloomberg’s Greg Giroux characterizes Rouda as “running again,” a characterization Rouda affirms in his own remarks to Giroux. We’ll therefore flip the switch on Rouda’s status, though for the sake of clarity, we always like seeing a press release or news report when a campaign actually kicks off.

KENTUCKY 1ST CD — Former Hopkins County Republican Party Chair David Sharp says he’ll challenge Rep. James Comer in next year’s GOP primary, though the precise nature of his grievances with the congressman aren’t quite clear. Referring to a study from the Center for Effective Lawmaking, Sharp claimed that Comer “ranks in the bottom one-third of Republicans” in effectiveness, which isn’t actually true, at least for the most recent Congress (he ranked 121st out of 205 members rated in the House).

Legislative prowess also isn’t typically something disaffected conservatives hound incumbents over; usually intra-party dust-ups like these are about insufficiently “owning the libs” or demonstrating fealty to Donald Trump. No matter what, though, western Kentucky’s rural 1st District will return a Republican to D.C. next year: According to Daily Kos Elections’ calculations, it voted 73-26 for Trump, making it one of the reddest districts in the country.