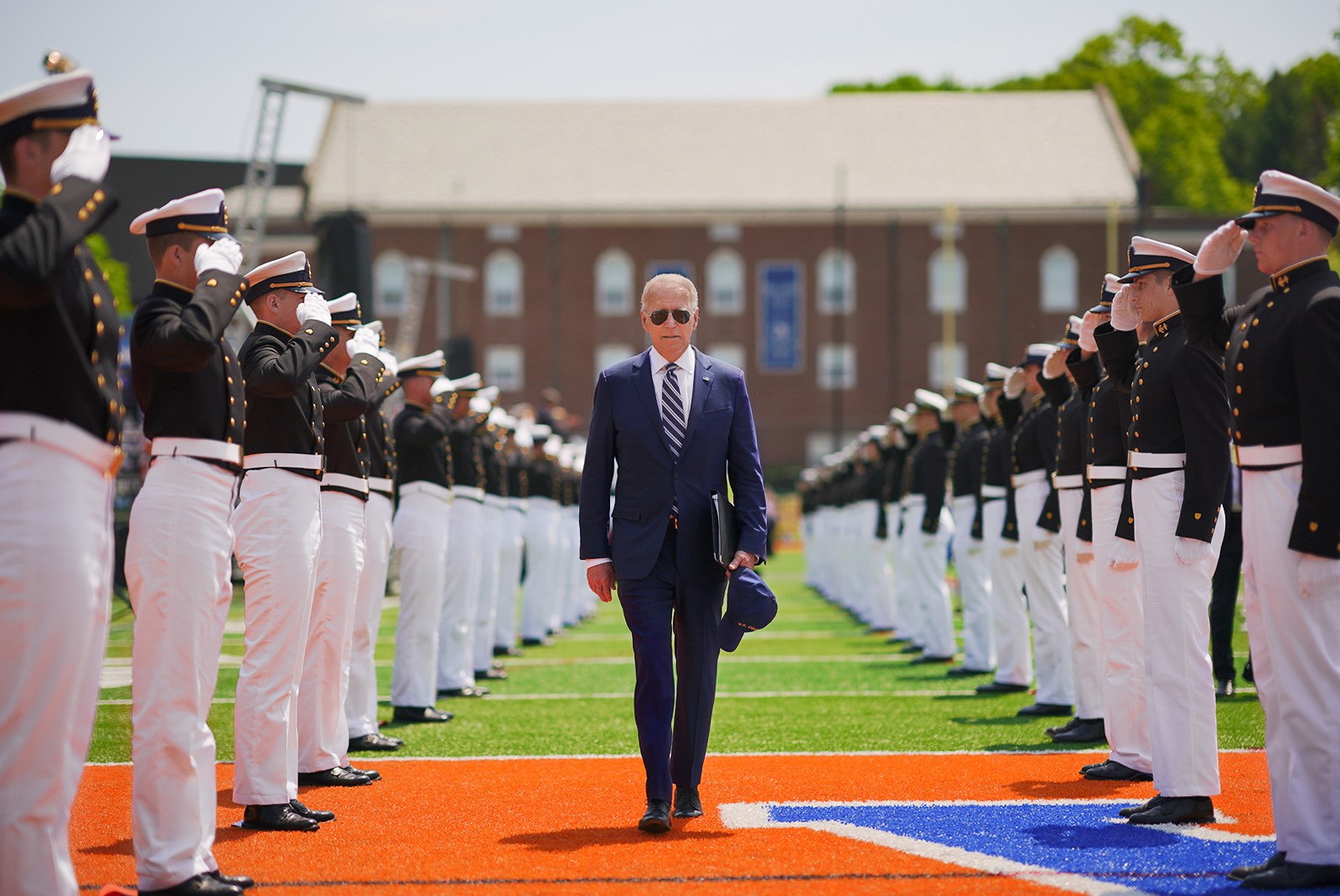 “A Georgia state judge on Friday ordered Fulton County to allow a group of local voters to inspect all 147,000 mail-in ballots cast in the 2020 election in response to a lawsuit alleging that officials accepted thousands of counterfeit ballots,” the Washington Post reports.

“The decision marks the latest instance of a local government being forced to undergo a third-party inspection of its election practices amid baseless accusations promoted by President Donald Trump that fraud flipped the 2020 contest for President Biden.”

Sen. Patrick Leahy (D-VT), who has served since 1975 and is in the line of presidential succession, is asking colleagues to support his potential campaign for a ninth term, Politico reports. The 81-year-old has also indicated to them that he believes he’s “the only Democrat that can win the seat.”

Washington Post: “Cruz’s Twitter feed and even his public persona have long been less formal and more in-your-face than most any other member of his party. But of late he seems to have stepped up the effort, and that includes, much like Trump, latching onto undercooked claims and culture wars other Republicans have shied from.”

“The most recent example involves Cruz favorably comparing Russia’s military recruitment videos to the U.S. Army’s. He retweeted a viral video that spliced together a hard-nosed Russian ad featuring a man getting his head shaved, jumping out of an airplane and doing push-ups, with the American ad featuring the well-educated daughter of two women talking about why she enlisted.”

USA Today: “No one knows for sure, but some Republicans are increasingly discussing the possibility.”

“Criminal charges would, at the very least, create political problems for Trump, but allies and analysts said they would not necessarily prevent him from campaigning for Republicans in 2022 congressional races and even pursuing another presidential campaign in 2024.”

Sadi GOP pollster Frank Luntz: “None of this matters. It doesn’t matter for his decision making or for anyone who votes for him… It’s just so irrelevant.”

Rep. Anthony Gonzalez (R-OH), one of the 10 Republicans who voted to impeach former President Donald Trump, warned that many in his party are engaged in a “losing strategy” by rallying around Trump’s false claim that the 2020 election was stolen, NBC News reports.

Said Gonzales: “Sometimes when I hear us talk about the state of our party, we talk as if we somehow won an election.”

He added: “Right now, my concern is we’re trying to excommunicate our own voters. When you’re fully out of power, you need to be adding voters, not subtracting voters.”

“The reality inside our party is people do feel differently about President Trump. If we’re going to win elections going forward, retake the House, retake the Senate, retake the White House, there has to be room for both. … You should not, as a party, be committed to subtracting voters.”

“Wisconsin election officials identified just 27 potential cases of voter fraud out of 3.3 million ballots cast in the November presidential election and forwarded them to local district attorneys for possible prosecution,” the AP reports.

Harry Enten: “Republicans have believed unbelievable things about the election and its aftermath for more than half a year now… The majority who have false thoughts about January 6 is similar to the percentage of Republicans who believe, falsely, that President Joe Biden didn’t legitimately earn enough votes to beat Trump in the election.”

“Moreover, if you are wrongly of the belief that the election was somehow stolen, you might too be OK with a riot to protest those results.”

“We shouldn’t lose sight of how crazily high these stats are. They’re not normal, even in our deeply partisan age.”

Geoffrey Skelley: “In many ways, the most concerning change our elections face may not be any one law, but rather the GOP’s increased willingness to take such anti-democratic actions.”

“Two reporters at One America News, a far-right TV station, are running a dark money organization that they say is helping fund a counter-reality ‘audit’ that former President Donald Trump and his supporters believe will overturn Arizona’s 2020 election results in his favor,” BuzzFeed News reports.

“What’s more, one of those reporters, Christina Bobb, is the network’s most visible correspondent covering that audit.”

Washington Post: “The ramifications of Trump’s ceaseless attacks on the 2020 election are increasingly visible throughout the country: In emails, phone calls and public meetings, his supporters are questioning how their elections are administered and pressing public officials to revisit the vote count — wrongly insisting that Trump won the presidential race.”

“Behind the scenes, a loose network of lawyers, self-styled election experts and political groups is bolstering community efforts by demanding audits, filing lawsuits and pushing unsubstantiated claims that residents are echoing in public meetings. Much of it is playing out in largely Republican communities, where Trump supporters hope to find officials willing to support their inquiries.”

Politico: “All told, since resuming its email fundraising, the RNC account has sent 97 emails mentioning Trump, according to a Politico review — touting everything from his potential rallies, to his social media ventures, to his upcoming birthday. The messages add up to roughly 40 percent of all the email fundraising traffic from their campaigns account.”

“The RNC’s fundraising emails are just one of several data points that affirm the continued force of Trump’s gravitational pull over the entirety of the party.”

NPR: “The diverging approaches aren’t just limited to the Georgia and Arizona senators who face voters next year. Georgia Sen. Jon Ossoff is taking a similar path as Warnock, and Arizona Sen. Kyrsten Sinema is like Kelly in sticking to a more moderate approach.”

“The two different pathways reflect a larger tension at play as Democrats try to retain their narrow control of Washington. To win swing states like Arizona and Georgia, which strategy might work better? How voters respond to these diverging strategies could give the party some answers as to how it should shape itself for the future.”

Politico: “Thiel’s private power-brokering illustrated his growing influence in Republican politics, but his clout has become even clearer in the weeks since. Thiel has given a pair of $10 million donations to separate super PACs that are backing J.D. Vance (in Ohio) and Arizona Republican Blake Masters, another protégé poised to launch a Senate campaign.”

“The contributions are the most ever to outside groups supporting single Senate candidates.”

“Top Republicans have expressed astonishment at the size of the donations and say they’ve turned Vance and Masters — who’ve never before run for elected office and will have to overcome primary rivals with far longer political resumes — into formidable contenders in the blink of an eye.”

Perry Bacon Jr.: “At this point, the best — and probably only — way to stop Trumpism would be for a significant share of Republicans to align with the Democratic Party, at least temporarily.”

“But here’s the problem: For many Trump-skeptical Republicans, both elite and rank-and-file, being a Republican, and definitely not a Democrat, is a part of their personal identity. And so far, too few have been willing to prioritize the health of the country over this attachment.”

The Hill: “Several Republican governors are being threatened by primary challenges from the right ahead of the 2022 midterm elections, with Trump allies within the GOP hitting them for not aligning themselves closely enough with the former president on issues like coronavirus restrictions and last year’s election results.”