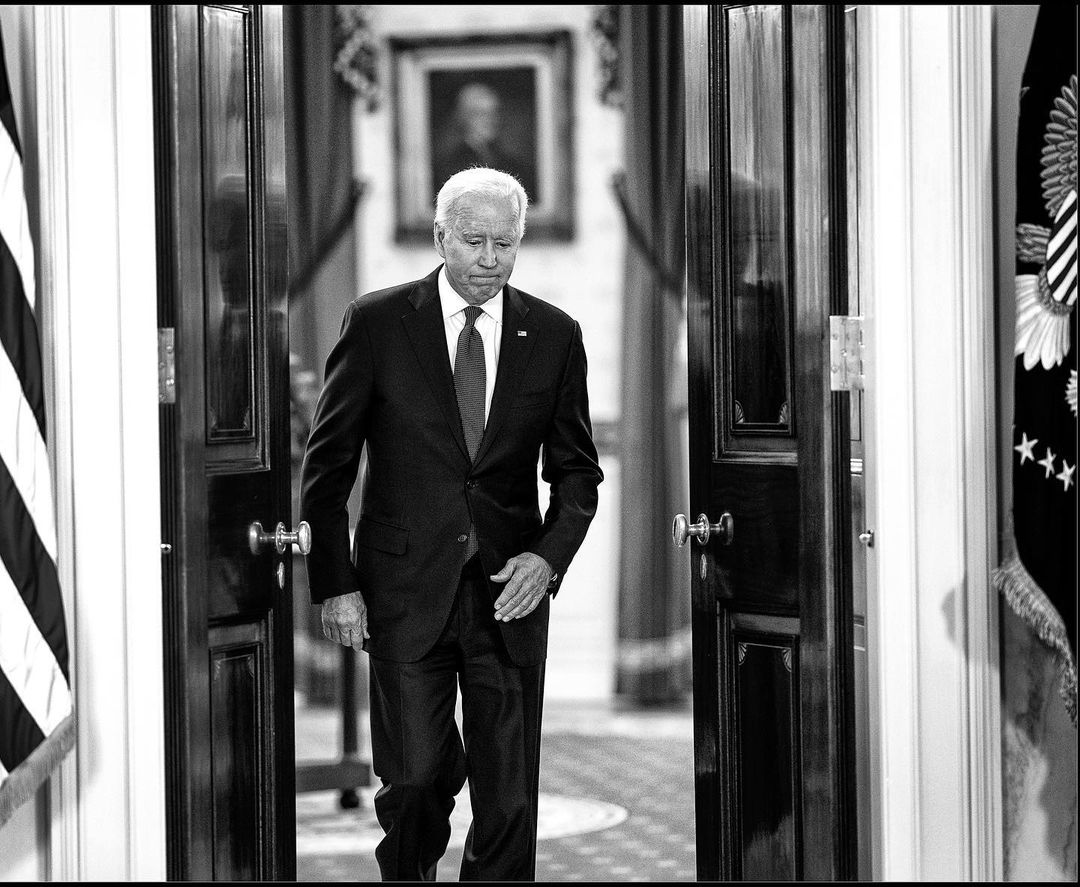 “As the first rocket fire was exchanged between Israel and Hamas, President Joe Biden settled on a strategy. And as he had throughout the 2020 campaign, Biden adhered to it despite mounting criticism from Republicans and even his own Democratic Party,” NBC News reports.

“His approach was stylistically muted and substantively more hard-line than some of his allies had expected. It was driven by a singular goal: to end the violence as soon as possible so he could train his focus back onto his domestic agenda.”

“To accomplish that, Biden chose not to publicly lay bare disagreements with his Israeli counterpart, Prime Minister Benjamin Netanyahu, although the two have their differences. He said little publicly about the issue and entertained few questions about the topic.”

David Brooks: “Many people thought he was a moderate incrementalist, but now he’s promoting whopping big legislative packages that make many on the progressive left extremely happy.”

“I asked him that when I spoke on the phone with him this week. The answer seems to be — it’s complicated.”

“The values that drive him have been utterly consistent over the decades, and the policies he is proposing now are similar to those he’s been championing for decades.”

“It’s the scale that is gigantically different. It’s as if a company that was making pleasure boats started turning out ocean liners. And that’s because Biden believes that in a post-Trump world we’re fighting not just to preserve the middle class, but to survive as the leading nation of the earth.”

“The true death toll of the coronavirus pandemic could be much higher than the official figure of 3.4 million people, a World Health Organization official said Friday, estimating that the global loss of life could be as high as 8 million,” the Washington Post reports.

“The Justice Department under the Trump administration targeted the phone and email records of a prominent CNN journalist who covers the Pentagon as part of an investigation into the apparent disclosure of classified information,” the New York Times reports.

“Federal prosecutors secretly obtained the records, which covered a two-month period beginning in June 2017. In a letter to CNN, prosecutors acknowledged they not only sought records for Barbara Starr’s work and personal email accounts, but also phone records for her offices at the Pentagon and at home, as well as for her cellphones.”

The former daughter-in-law of Trump Organization CFO Allen Weisselberg told CNN that he will flip on former President Donald Trump amid a criminal investigation into his taxes. She also says she has hard evidence that Trump paid for her kids’ tuition.

Renato Mariotti: “Wednesday’s announcement didn’t materially change the liability Trump faces given that the DA’s office already had a criminal investigation underway. But James’ recent moves (including her decision to publicly join the criminal probe) are a sign that the evidence amassed by prosecutors is substantial and will likely result in charges. James wouldn’t rush to embrace a weak case. That should make Trump very concerned.”

“Cruz made the remark on Twitter, sharing a video displaying an apparent Russian military advertisement showing images of men with shaved heads doing push-ups and jumping out of a plane.”

“The video then cuts to an animated story of U.S. Army Cpl. Emma Malonelord discussing her mothers’ wedding, marching for LGBTQ rights and joining the military.”

Said Sen. Tammy Duckworth (D-IL): “Holy crap. Perhaps a U.S. Senator shouldn’t suggest that the Russian military is better than the American military that protected him from an insurrection he helped foment?”

“The U.S. will accept a global minimum corporate tax rate as low as 15% in international negotiations, below the 21% level it has been seeking for U.S.-based companies’ foreign income,” the Wall Street Journal reports.

“The move could make it easier to reach the multilateral agreement that Treasury Secretary Janet Yellen has been seeking, but an agreement at 15% would raise less revenue for governments. And, depending on where the U.S. sets its policies, a 15% minimum tax on companies headquartered outside the U.S. could give those businesses an advantage over those based in the U.S.”

“U.S. authorities have arrested three more alleged associates of two right-wing groups in the Jan. 6 storming of the Capitol, including one who allegedly shouted, ‘Let’s take the fucking Capitol!’ an hour before the assault while marching with a large group of Proud Boys around the building,” the Washington Post reports.

“Charging papers identified Daniel Lyons Scott as the Proud Boys member nicknamed ‘Milkshake,’ who after allegedly yelling about taking the Capitol was admonished, ‘Let’s not fucking yell that, okay?’ by a Proud Boys leader on a video live-streamed by the group that day.”

Reuters: “Nearly four months after the U.S. Capitol attack, just one of more than 440 people charged has pleaded guilty, a sign of tough conditions set by prosecutors for plea deals and resistance by defense lawyers to their demands.”

“Lawyers for more than a dozen defendants said plea talks so far have foundered because prosecutors demanded their clients turn over social media data, cell phones and other evidence, while also pushing for prison sentences they would not accept.”

The Fix: “Under Roberts, even with a 5-4 conservative majority after Trump’s first two nominees, Neil M. Gorsuch and Brett M. Kavanaugh, were confirmed, the court seemed reluctant to take on big, landmark cases — and certainly to challenge precedent on politically sensitive issues. It has been suggested that Roberts aimed to make the court appear less political by avoiding those sensitive issues.”

“But such things could increasingly be out of his hands.”

CNN: Clarence Thomas awaits his chance to drive the conservative majority on abortion and guns.

Associated Press: “The lead Republican negotiator Sen. Shelley Moore Capito of West Virginia was encouraged by the talks and expected the White House to be back in touch by week’s end, her office said. But there was some dismay at the White House that the Republican counteroffer did not substantially alter the party’s original $568 billion proposal, leaving it far short of the White House’s plan.”

“The White House’s hopes for a bipartisan deal on infrastructure have cooled but they have not abandoned the effort, the official said.”

“Those charges, ultimately paid by taxpayers, continued until at least April 30, the spending records show, for a total of $40,011.15. The charges were for a single room used as a workspace by Secret Service agents.”

“The filibuster has been on hiatus since Joe Biden took over. Senate Republicans are about to change that — over a bipartisan commission to probe the Capitol riot,” Politico reports. Said Sen. Joe Manchin (D-WV): “So disheartening. It makes you really concerned about our country.”

Asked if that is an abuse of the filibuster, he added “I’m still praying we’ve still got 10 good solid patriots within that conference.”

New York Times: “There is really one overriding reason: They fear it will hurt their party’s image and hinder their attempts to regain power in next year’s midterm elections.”