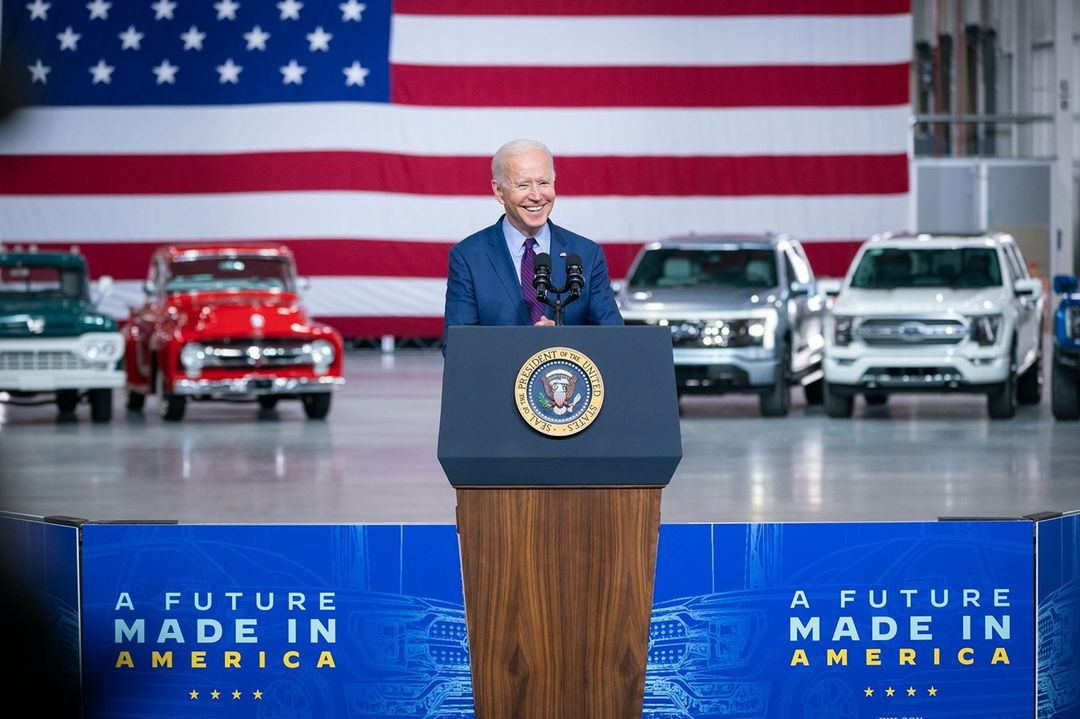 The conservative Manhattan Institute has commissioned a poll from the Republican firm Public Opinion Strategies of the June 22 instant runoff Democratic primary that finds 2020 presidential candidate Andrew Yang leading Brooklyn Borough President Eric Adams 22-21, with former city Sanitation Commissioner Kathryn Garcia at 13%. After the ranked choice process is simulated, Adams pulls ahead in the 11th and final round and edges out Yang 52-48.

In the Pennsylvania U.S. Senate Democratic Primary, Lt. Gov. John Fetterman has released a new poll of a hypothetical Democratic primary for Senate that shows him with a wide lead over all his rivals, actual and potential. The survey, conducted by Data for Progress, finds Fetterman taking 40%, while Rep. Conor Lamb, who is considering the race but hasn’t launched a bid yet, is in second with 21. They’re followed by state Rep. Malcolm Kenyatta at 9, Rep. Chrissy Houlahan at 8, Montgomery County Commissioner Val Arkoosh at 5, and state Sen. Sharif Street at 2, leaving just 14% undecided. Like Lamb, Houlahan and Street are still exploring the race, while Kenyatta and Arkoosh are already running.

NEW YORK CITY MAYOR — Politico: “As eight candidates vie for the post being vacated by Mayor Bill de Blasio — a favorite punching bag for conservatives — right-wing media is showing its fascination with an election that, to many, will serve as a nationwide political referendum on the future of Democratic cities.”

“In the same breath they criticize liberals for ‘woke’ identity politics, right-wingers are finding things to like about the two frontrunners — Andrew Yang and Eric Adams.”

Mother Jones: “A new ad supporting former Democratic presidential candidate Andrew Yang in the New York City mayoral race comes with an interesting disclosure at the end: The top three spenders responsible for the ad are all Republican megadonors.”

PENNSYLVANIA GOVERNOR — Rep. Dan Meuser said Tuesday that he planned to decide in four to six weeks whether to enter the Republican primary for this open seat. Meuser also noted that the field now includes his “longtime friend,” 2018 Senate nominee Lou Barletta, which “does play into my decision-making process.”

Pennsylvania state Sen. Doug Mastriano (R) said that former President Donald Trump asked him to run for governor and promised to campaign for him, the AP reports. Mastriano said he met with Trump on Monday for “an hour and fifteen minutes” at Trump Tower in New York and, among other things, discussed the governor’s race and the candidates.

At first, an unnamed Trump aide declined to comment on Mastriano’s claims to the Associated Press, though another Trump staffer (or possibly the same one) later confirmed to the Philadelphia Inquirer’s Jonathan Tamari that a meeting between the two men had occurred. However, this aide made clear that Trump has not issued an endorsement.

Regardless, Mastriano has been attempting to position himself as the Keystone State’s Trumpiest politician for a while now: The Associated Press notes that he claims to have met with Trump 15 times (including an Oval Office get-together after the election last year during which he received a positive COVID test during the meeting). If Mastriano does get in, he’ll have stiff competition for Trump’s backing, as another Trump favorite, former Rep. (and 2018 Senate nominee) Lou Barletta, has already entered the race.

THE FORMER GUY — “Former President Donald Trump revealed Thursday that he will hold campaign-style rallies in four battleground states in the coming weeks as speculation swirls that he’ll mount another bid for the White House in 2024,” the New York Post reports.

THE PEDOPHILE AND THE AOC STALKER — Rep. Matt Gaetz (R-FL) is running a radio ad in Arizona ahead of an “America First Rally” on Friday. From the ad: “Rep. Marjorie Taylor Greene and I are holding a rally to defend President Donald Trump in the elections audit. The Biden DOJ is trying to stop the Arizona audit. We demand accountability.”

ILLINOIS 16TH CD — Former House Speaker Paul Ryan (R-WI) headlines a fundraiser Monday for Rep. Adam Kinzinger, Politico reports. “It’s a decisive move against ex-President Donald Trump, who has set his sights on Republicans who voted to impeach him. Kinzinger is one of 10 Republicans who joined Democrats to impeach Trump for his role in the Jan. 6 attack on the Capitol.”

“The Illinois Republican has continued to carry the anti-Trump mantle and it’s no surprise that Ryan would back Kinzinger. Ryan, who’s had a long-running feud with Trump, criticized Republicans who wouldn’t certify the Electoral College results that validated Joe Biden’s election as president.”

WYOMING AT LARGE CD — Air Force veteran Bryan Miller, who also chairs the Sheridan County GOP, announced Tuesday that he would wage a primary bid against Rep. Liz Cheney. Miller’s own electoral history is decidedly unimpressive: He has twice run for Senate, in both 2014 and 2020, and took 10% of the vote in the GOP primary each time. With a multitude of other candidates running, though, he could further split the anti-Cheney vote and make it easier for her to win renomination with a plurality.

One of those other candidates is Anthony Bouchard, who told the Casper Star-Tribune he had a relationship with and impregnated a 14-year-old girl when he was 18, hours after he disclosed the relationship in a Facebook Live video to his supporters.

Said Bouchard: “So, bottom line, it’s a story when I was young, two teenagers, girl gets pregnant. You’ve heard those stories before. She was a little younger than me, so it’s like the Romeo and Juliet story.”

NEW YORK GOVERNOR — “Andrew Giuliani is embracing his familiar last name and ties to former President Donald Trump as he begins his Republican campaign for governor of New York, hoping those connections make him a national presence in the state race,” Bloomberg reports.

Said Giuliani: “They are a part of who I am, right? I mean I worked for four years for President Trump and I am my father’s son.”

He added: “That’s one advantage that I’ll truly be able to bring to this race: We’ll be able to make this a national race and truly be able to fundraise not just in the 62 counties of New York, but in the 50 states of America.”

If you’re a Republican running for governor in New York, making it a national race is the exact opposite strategy you should embrace.

Is she really running? Jenner has done just two interviews and held no public events in the last month.

HOUSE GOP FUNDRAISING — Fox News: “The National Republican Congressional Committee brought in a record $11.2 million in fundraising in April as the reelection arm of the House GOP builds resources while it aims to regain the House majority in the 2022 midterm elections.”

“According to figures from the NRCC, which were shared first with Fox News on Thursday, the committee has more than $34 million cash on hand, which party officials say is a 70% increase over the same point last cycle.”

KIRSTEN GILLIBRAND — Politico: “In national politics, her name is often associated with the ouster of former Sen. Al Franken (D-MN), though Gillibrand was only the first — by minutes — of dozens of senators who pushed him to go amid multiple misconduct allegations. Then her presidential campaign sputtered after just five months. But the New York Democrat is now on the cusp of a breakout year that has the potential to rewrite her legacy, putting 2020 and Franken well behind her.”

“Gillibrand said she feels more ‘energized’ than ever to be a senator. But at some point she sees herself back on a bigger stage.”

Said Gillibrand: “I definitely want to run for president again.”

Before getting elected to the state House in 2016, Hernandez was an intern for former Rep. Gabby Giffords and assisted her immediately after she was shot in the head in a 2011 mass shooting at a constituent event she was hosting outside of a supermarket. Hernandez, just 20 at the time, stanched Giffords’ bleeding with his bare hands and was credited with saving her life.

Notably, Hernandez is the second person connected to that shooting who is vying for this seat: Friese was the trauma surgeon who attended to Giffords upon her arrival at the hospital.

NEW MEXICO 1ST CD — Democrat Melanie Stansbury has a positive commercial ahead of the June 1 special where she talks about her time working across party lines “to address hunger and expand school meal programs.”

ATLANTA MAYOR — Atlanta Journal-Constitution: “[Former Mayor Kasim] Reed posted to Twitter a link to an online betting site that put him as the odds-on favorite to win Atlanta’s top job again now that Mayor Keisha Lance Bottoms, his former protege, decided not to stand for a second term.”

Reed’s administration was and continues to be plagued by an ongoing federal corruption investigation.

Amy Walter: “Politics has become as much about performance as anything else. And the decision by many GOP legislatures to tighten rules around absentee voting is, as Grace Panetta of Business Insider wrote, ‘as much about appeasing Trump and the base than about ensuring a political advantage in upcoming elections.’”

“And, given how many Republicans in key battleground Sun Belt states voted by mail, this looks more like the political equivalent of cutting off your nose to spite your face.”