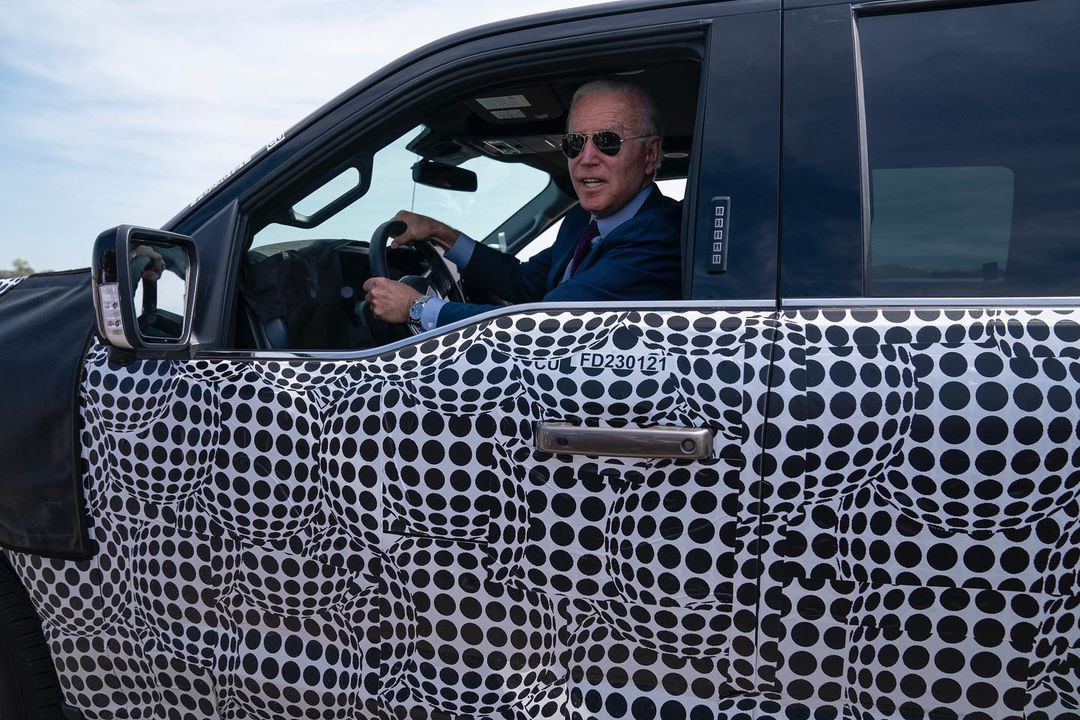 The U.S. House, in a 252 to 175 vote, passed a bill to establish bipartisan commission to investigate Jan. 6 attack on Capitol. Every Democrat voted for the bill along with 35 Republicans who defied their party’s leadership.

Axios: “The amount of Republican support makes it far more difficult for Senate Minority Leader Mitch McConnell (R-Ky.) to try and dismiss the commission outright as a partisan effort.”

Senate Minority Leader Mitch McConnell (R-KY) said that he will oppose legislation to create a commission tasked with investigating the Jan. 6 attack on the Capitol — a signal that the legislation will not have the votes to get through the Senate, the Washington Post reports.

Former President Trump called for an immediate end to the debate over a commission to investigate the Jan. 6 Capitol riot just before the House is expected to approve the plan, The Hill reports.

House Homeland Security chairman Bennie Thompson (D-MS) told Morning Joe that he thinks House Minority Leader Kevin McCarthy  (R-CA) is trying to block a commission investigating the January 6 insurrection because he has something to hide. Said Thompson: “My humble opinion is that there’s some information that he would deem troubling for the Republican Party if it got out, and I think he will do everything possible to prevent that.”

Politico: “Now, a last-minute surge of GOP interest is dashing hopes for near-perfect opposition to the independent commission and putting Republican divisions back on full display.”

“Dozens of Republicans are privately considering voting for the Jan. 6 commission — which McCarthy himself said he opposed earlier Tuesday, even after he deputized one of his allies, Rep. John Katko of New York, to strike a bipartisan agreement on the proposal. In a sign of momentum, the bipartisan House Problem Solvers Caucus, of which Katko is a member, is expected to encourage its members to back the legislation.”

Republicans who vote for the commission would not only be defying McCarthy — they would be defying a direct order from Donald Trump.

At least seven Senate Republicans have signaled their interest in a commission focused on investigating the Jan. 6. insurrection at the U.S. Capitol, the  Washington Post reports. Assuming every Democrat votes in favor, a minimum of 10 Senate Republicans are needed.

Punchbowl News reports that anywhere between 20 to 50 House Republicans could vote for the proposed January 6 commission, “with the total very fluid.”   Republicans are concerned about a “jailbreak,” in which a flood of lawmakers back the legislation en masse.

Just yesterday, Sen. Mike Rounds (R-SD) told NBC News he supported a bipartisan commission on Jan. 6, saying: “We clearly had an insurrection on that particular day, and I don’t want it to be swept under any rug.” Now, according to HuffPost, Rounds has reversed himself after hearing from House Minority Leader Kevin McCarthy this morning: “Leadership in the House says it’s not bipartisan in nature.”

“The people who breached the Capitol on January 6 are being abused.”— Rep. Marjorie Taylor Greene (R-GA), on the House floor.

“I want to be clear. I will put the January 6 commission legislation on the floor of the Senate for a vote, period. Republicans can let their constituents know: Are they on the side of truth or do they want to cover up for the insurrectionists and for Donald Trump?”  — Sen. Chuck Schumer (D-NY), at a press briefing.

GOP leaders know that forcing their rank and file to vote against this bill will be career threatening for those most vulnerable. Since their constituents saw the Capitol riots on television, it’s impossible to explain away a vote against investigating the insurrection. Whatever happens, McCarthy is a severely wounded and weak leader. And while Trump might be pleased with him in the short run, McCarthy will never be able to count on the former president’s loyalty when it matters.

NBC News: “Republicans are sending a pointed warning to congressional Democrats: If you raise taxes on corporations and top earners, we’ll just cut them back when we regain power.”

Said Sen. Thom Tillis (R-NC): “There’s no doubt in my mind that anybody running next year should be talking about reversing what I think are going to be tax increases at the worst possible time.”

Politico: “House progressives sent their own warning shot Tuesday to Speaker Nancy Pelosi and Senate Majority Leader Chuck Schumer, arguing in a letter that Democrats should pursue a multitrillion-dollar megabill sweeping Biden’s priorities together, ‘a single, ambitious package combining physical and social investments hand in hand.’ It’s the strongest sign yet that a growing number of liberals are done with trying to cut an infrastructure deal with Republicans that costs $800 billion at most and kicks other priorities down the road.”

“If Tuesday was any indication, Biden and Republicans are miles away from a deal.”

Former President Trump “tore into New York prosecutors, including New York Attorney General Letitia James, after her office said that it is pursuing a criminal investigation into the Trump Organization,” NBC News reports.

Trump attacked James in a lengthy statement: “There is nothing more corrupt than an investigation that is in desperate search of a crime.”

He added: “But, make no mistake, that is exactly what is happening here. The Attorney General of New York literally campaigned on prosecuting Donald Trump even before she knew anything about me.”

CNN: “After establishing Mar-a-Lago, his lavish Palm Beach, Florida, resort, as his post-White House home and office for the last four months, Trump a week ago moved his base operation to his members’ only Bedminster, New Jersey, golf club, where he will reside for the rest of the spring, summer and into early fall.”

“Several of Trump’s post-presidency staff have also made the move and are working from dedicated office space at Bedminster, but will make regular visits to Trump offices in Trump Tower in Manhattan.”

Politico: “It’s not just Ukraine… In 2018, Giuliani wrote a letter to Romanian President Laus Iohannis in which he decried the ‘excesses’ of Romania’s National Anticorruption Directorate and called for an amnesty for people who had been convicted of crimes initiated by that body in recent years.”

“What Giuliani didn’t mention in the letter was that he wrote it on behalf of the Freeh Group, a consulting firm started by former FBI director Louis Freeh, which paid the former mayor a retainer to work on the Romania project… Giuliani’s Romania activity has drawn the attention of federal investigators scrutinizing his foreign work. It means the probe of Giuliani has taken a wider lens than previously known.”

The attorney for “QAnon Shaman” Jacob Chansley says that his client and other accused Capitol rioters were uniquely vulnerable to being misled by former President Trump’s lies, TPM reports.

Said Albert Watkins: “A lot of these defendants… they’re all fucking short-bus people. These are people with brain damage, they’re fucking retarded, they’re on the goddamn spectrum.”

He added: “But they’re our brothers, our sisters, our neighbors, our coworkers—they’re part of our country. These aren’t bad people, they don’t have prior criminal history. Fuck, they were subjected to four-plus years of goddamn propaganda the likes of which the world has not seen since fucking Hitler.”

That’s a candidate for “Quote of the Year.”

Albert Watkins, the attorney for Jacob Chansley, the Capitol rioter popularly known as the “QAnon Shaman,” refused in a CNN interview to take back the derogatory remarks he made about the mental state of those who participated in the January 6 insurrection.

Said Watkins: “For five months, I acted professionally, I talked to the people that needed to know, I made sure that the Department of Justice had the opportunity firsthand to meet with my client… to have them understand and appreciate the condition, the special needs of my client. I let them talk to my client while he is confined, not once, not twice, but multiple times, and I got nowhere.”

He added: “All I had to do was get vulgar, get vulgar in a short sound bite driven quote that permitted this very issue to come to the fore.”

“Ten days into the latest Israeli-Palestinian conflict, diplomatic efforts to end the devastating violence gained urgency on Wednesday as a growing chorus of international parties urged the Israeli military and Hamas militants to lay down their weapons.”

Playbook: “On most issues, the younger rising progressive wing of the Democratic Party has found President Joe Biden, despite his age, to be an ally — someone who ran as a centrist but has been willing to move left across a range of issues, such as climate, racial justice and government spending.”

“But on Israel, Biden’s a throwback, increasingly out of sync with a vocal left that’s deeply disenchanted with the Jewish state, which is losing the hearts and minds of rank-and-file Democrats, especially in the House.”

Politico runs an excerpt from Edward-Isaac Dovere’s forthcoming book, Battle for the Soul: Inside the Democrats’ Campaigns to Defeat Trump:

“Biden, taken aback, plodded through a response. She was mischaracterizing his position, he said. That’s not what he stood for, and she knew that. He found his way to the end of the answer and stopped speaking. A few minutes later, the moderators paused for a commercial break. Biden leaned over to Pete Buttigieg, at the podium to his right. They barely knew each other, but Biden was looking for someone to share the moment with.”

“‘Well,’ he said, according to multiple people to whom the conversation was relayed afterward. ‘That was some fucking bullshit.’”

According to a new book, in conversations with advisers and donors during the Trump administration and the 2020 election, former President Barack Obama called Donald Trump a “madman,” a “racist, sexist pig,” “that fucking lunatic” and a “corrupt motherfucker,” The Guardian reports.

“Gov. Greg Abbott signed into a law Wednesday a measure that would prohibit in Texas abortions as early as six weeks — before some women know they are pregnant — and open the door for almost any private citizen to sue abortion providers and others,” the Texas Tribune reports.

“The signing of the bill opens a new frontier in the battle over abortion restrictions as first-of-its-kind legal provisions — intended to make the law harder to block — are poised to be tested in the courts.”

“Abbott [also] issued an executive order Tuesday banning government entities in Texas — like cities and counties — from requiring masks to fight the coronavirus pandemic,” Texas Tribune reports. “The order also says that after June 4, public schools will no longer be able to mandate masks on their campuses.”

A new Federal Reserve survey found the economic fallout from the coronavirus pandemic was concentrated among minorities, women and workers who hadn’t finished high school, the Wall Street Journal reports.

“Three-fourths of U.S. adults reported doing at least OK financially in November 2020, a share that was unchanged from previous years… But that finding masked significant divergences in economic well-being between workers who retained their jobs and those who were laid off, households with more education and those with less, and those who have children versus those without.”

The White House said that veteran climate scientist Mike Kuperberg is returning as head of the U.S. Global Change Research Program following his removal from the position under President Trump, Axios reports.

“Two [Trump] White House officials were struck by a mysterious illness late last year — including one who was passing through a gate onto the property — newly revealed details that come as investigators are still struggling to determine who or what is behind these strange incidents,” CNN reports.

“Multiple sources tell CNN that the episodes affected two officials on the National Security Council in November 2020, one the day after the presidential election and one several weeks later. The cases are consistent with an inexplicable constellation of sensory experiences and physical symptoms that have sickened more than 100 US diplomats, spies and troops around the globe and have come to be known as ‘Havana Syndrome.’”