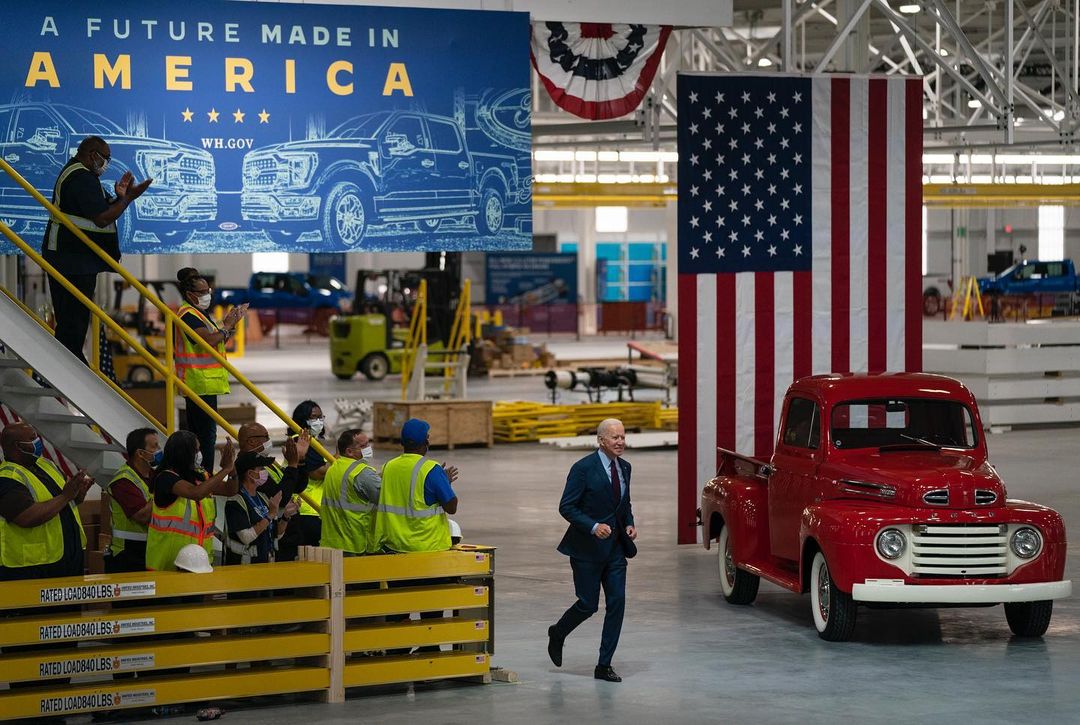 “Beating a two-term incumbent in a race centered on equity, state Rep. Ed Gainey won the Democratic primary on his way to becoming Pittsburgh’s first ever Black mayor on Tuesday,” the Pittsburgh Post-Gazette reports.

Dave Weigel on the Philadelphia district attorney primary results:  “Turnout was actually higher in Philadelphia yesterday than it was four years ago, when Krasner’s win was partially attributed to anti-Trump enthusiasm. Turnout was 152,302 in that race, it’s above 158k now and probably goes up a bit after provisionals.”

Associated Press: “Firms hired to run a partisan audit of the 2020 election for Senate Republicans in Arizona said Tuesday that data was not destroyed, reversing earlier allegations that election officials in the state’s most populated county eliminated evidence.”

“The claim of deleted databases was amplified by former President Donald Trump and his supporters, who believe conspiracy theories about election irregularities.”

FiveThirtyEight: “It’s not clear yet what Cheney’s exile will mean for Republicans like her who are anti-Trump and ready for the party to move forward without the former president at the helm, but the GOP’s breakup with Cheney once again raises the question of whether the party will experience an exodus.”

“A splintering of the Republican Party has long been speculated, and while it’s hard to know whether this is, in fact, a turning point or an isolated incident that will soon recede from the headlines, these four scenarios are possible.”

Whether the Republican party splinters or not is not clear. But Trump’s continued involvement is definitely not broadening the GOP’s appeal.

A new Monnouth poll finds former New Jersey Gov. Chris Christie with an upside down 26% to 64% favorability rating — “making him the most unpopular living governor by far.”

“When asked to describe what they remember most about Christie’s eight years in office, 1 in 4 mention the Bridgegate episode (26%). This is followed by his closure of state parks and a related meme of him sitting on the beach (12%). Another 4% reference corruption or scandal in general.”

“Only 9% of state residents mention his response to Superstorm Sandy and just 6% mention accomplishments on the state budget, taxes, and pensions.”

“Nearly a year after waving a long gun at protesters who had walked onto the street in front of his Central West End mansion, Mark McCloskey on Tuesday said he is running for U.S. Senate,” the St. Louis Post-Dispatch reports.

Washington Post: “The 52-page PowerPoint report, which Maloney presented to the caucus during a Tuesday evening call, splits the difference on the key question of whether Democrats just had bad polling or a bad agenda that turned away voters. Maloney laid out how Democrats simply underestimated the number of hardcore Trump voters and, with more Trump voters in the voting booths, the Republican attacks against the ‘defund the police’ movement proved more potent than Democrats ever anticipated.”

Kyle Kondik: “A telling sign about the pro-Republican redistricting outlook in Florida: Reps. Charlie Crist, Stephanie Murphy, and Val Demings all won their seats following a court-ordered remap in advance of 2016. They now are all reportedly running statewide as a fresh GOP gerrymander looms.”

The Hill: “Republican state legislators see this year’s decennial redistricting process as a prime opportunity to gain House seats in next year’s midterms — with some believing those gains alone can help the GOP take back the majority.”

“Legislators are preparing for the most public redistricting process in American history. Both Democrats and Republicans stand ready to accuse each other of radical gerrymandering, while advances in technology give each side the chance to draw ideal districts that are both pleasing to the eye and politically favorable.”

“Despite President Joe Biden carrying New Hampshire in a runaway, Republicans surged in other races to flip both chambers of the state legislature. Now, the Granite State GOP is openly plotting the ouster of Rep. Chris Pappas (D-NH),” Politico reports.

“His plight encapsulates one of the real-life impacts of Democrats’ failure to make more inroads in state capitals over the past four years, even as they claimed both chambers of Congress and the White House.”

“Dozens of Democratic members from states large and small — including rising stars like Reps. Sharice Davids (D-KS) and Carolyn Bourdeaux (D-GA) — now find their political survival might be at the mercy of Republicans eager to grab every inch of territory they can as they chart a way back to the majority.”

NBC News: “A federal appeals court sided with Ohio on Tuesday in the state’s effort to get detailed 2020 census data earlier than expected to draw new congressional and legislative districts.”

“Wisconsin Supreme Court justices on Friday rejected a plan meant to ensure lawsuits over new legislative and congressional district boundaries go to them instead of federal judges,” the Milwaukee Journal Sentinel reports.

GEORGIA SECRETARY OF STATE — Georgia Secretary of State Brad Raffensperger (R) announced he is running for re-election, the Atlanta Journal Constitution  reports.  Raffensperger has faced relentless criticism from former President Donald Trump and the Georgia Republican party, “who all falsely claim the secretary of state somehow stood by while the 2020 elections were rigged against Trump.”

WASHINGTON U.S. SENATOR — Democratic Sen. Patty Murray kicked off her bid for a sixth term this week. As the third-ranking member of the Democratic caucus, Murray is the most senior woman in the Senate, and she should have little trouble winning re-election next year in solidly blue Washington, which voted for Joe Biden by a 58-39 margin.

NEVADA GOVERNOR — Just hours after launching his campaign for Nevada governor, John Lee (R) announced he tested positive for the coronavirus — without explaining why he had not been vaccinated, CNN reports.

ILLINOIS 17TH CD — Democratic state Rep. Mike Halpin, whose name had previously come up as a potential candidate for Illinois’ open 17th District, now confirms he’s considering a bid. Noting he was focused on the final weeks of the current legislative session, Halpin said he would “probably make a decision sometime over the summer.”

Candidate filing closed Monday for the special election to succeed Republican Rep. Steve Stivers, whose resignation from Ohio’s 15th Congressional District took effect the previous day, and the Columbus Dispatch has a list of contenders here.

The party primaries will take place Aug. 3, while the general election will be Nov. 2; those dates also coincide with the special election for the heavily blue 11th District. The Republican nominee will be the clear favorite in this 56-42 Trump seat, a heavily gerrymandered constituency that includes the southern Columbus area as well as Athens. Democratic Sen. Sherrod Brown did carry the 15th District 50-48 in 2018, but that victory came as he was winning statewide by 52-46, a relatively very strong margin for a Democrat in this 53-45 Trump state.

Five other candidates are also running: businessman John Adams; Mike Carey, who serves as an executive at American Consolidated Natural Resources; nurse Eric Clark; golf club owner Thomas Hwang; and Ruth Edmonds, who is a former staffer at the state social conservative group Center for Christian Virtue. Another Republican, Fairfield County Commissioner Jeff Fix, had previously announced a bid, but he dropped out just before the filing deadline and endorsed LaRe.

There is no obvious frontrunner at this point in the race for the GOP nomination. Stivers, who chaired the NRCC during the 2018 Democratic wave, has pledged to make an endorsement at some point, though, which could help his eventual choice stand out in this extremely crowded field.

The Democratic field is far smaller, with state Rep. Allison Russo only going up against an opponent named Greg Betts; Franklin County Auditor Michael Stinziano had filed paperwork with the FEC to run, but he didn’t go forward with a campaign.