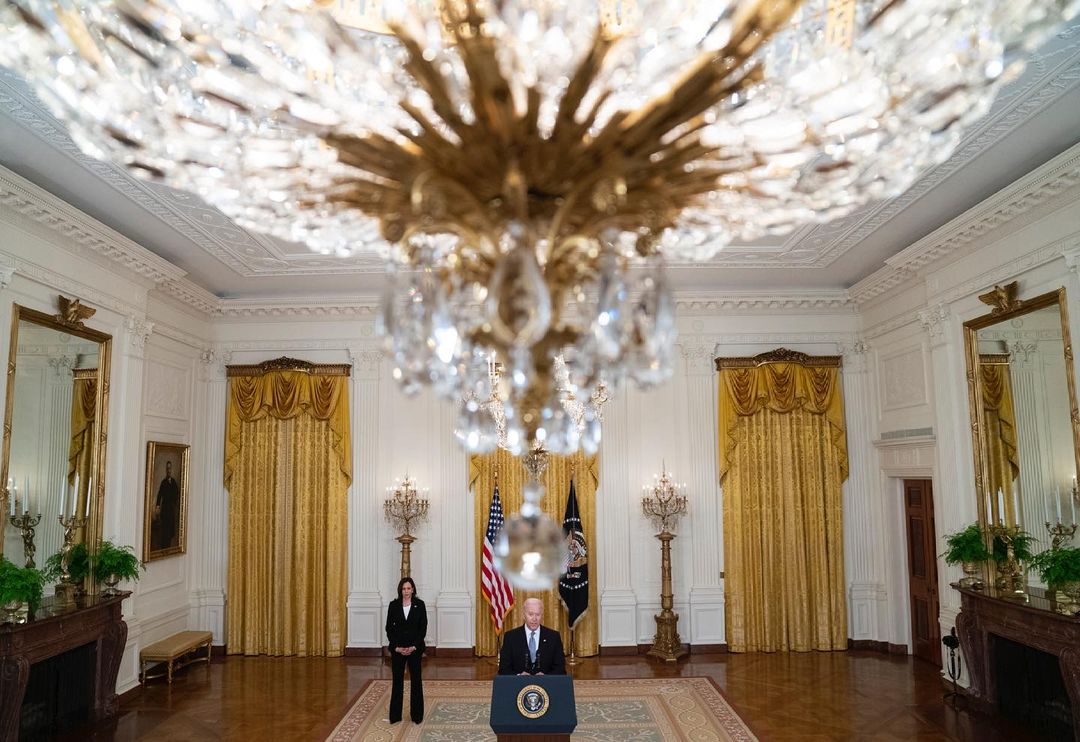 House Minority Leader Kevin McCarthy (R-CA) said he will not support bipartisan legislation for the 9/11-style commission to probe the Jan. 6 Capitol riots, The Hill reports.

Said McCarthy: “Given the political misdirections that have marred this process, given the now duplicative and potentially counterproductive nature of this effort, and given the Speaker’s shortsighted scope that does not examine interrelated forms of political violence in America, I cannot support this legislation.”

McCarthy’s decision to oppose a bill forming a bipartisan commission to investigate the January 6 insurrection is a slap in the face of one of his supposed loyalists, Rep. John Katko (R-NY). As the ranking member on the Homeland Security Committee, Katko negotiated and drafted the compromise bill with Chairman Bennie Thompson (D-LA). Katko thought he had McCarthy’s blessing and won many concessions from Democrats.

Now it’s possible McCarthy’s action could deter other congressional Republicans from working with Democrats. There are not many opportunities for bipartisanship in the current Congress, but Sen. Tim Scott (R-SC) and Rep. Karen Bass (D-CA) appear to be making at least some progress on police reform. And Sen. Shelley Moore Capito (R-WV) has take the lead in negotiating a bipartisan infrastructure bill with President Biden and the White House.

The bill forming the January 6 commission will still likely pass the House. A House Republican tells The Hill that between 30 and 50 Republicans will buck McCarthy tomorrow and vote in favor. It’s still unclear if the bill will get the 60 votes it needs in the Senate. But McCarthy’s betrayal of Katko is a clear signal that he’s much more interested in what Donald Trump thinks than his own members.

Many Senate Republicans are signaling they might not vote for the 9/11-style commission proposed by a bipartisan group of House members, Politico reports.

Said Sen. Roy Blunt (R-MO): “The commission will slow us down from some of the things we need to do. I’m no fan of the commission.”

“Senate Minority Leader Mitch McConnell declined to address the topic when asked on Monday and was noncommittal at a leadership meeting on the topic, instead soliciting input from his lieutenants.”

“We clearly had an insurrection on that particular day, and I don’t want it to be swept under any rug.” — Sen. Mike Rounds (R-SD), quoted by NBC News, on his support for a bipartisan commission focused solely on the Jan. 6 attack at the U.S. Capitol.

Politico: “While Biden told Israeli Prime Minister Benjamin Netanyahu on Monday that he ‘supports’ a ceasefire, according to the White House, that may not be enough for fellow Democrats who have urged the president to more aggressively join the international push for both sides to lay down arms.”

“The pressure campaign from top Democrats represents a recalibration of the party’s posture toward Israel, which has grown increasingly antagonistic on Capitol Hill after decades in which support for the Palestinian cause was seen as a political third rail. Many lawmakers have lost patience with Netanyahu, arguing that his government has taken actions against Palestinians that make a two-state solution to the conflict less achievable.”

Washington Post: “Even as pressure mounted from fellow Democrats and others urging a cease-fire, Biden administration officials had stopped short of joining their calls until Biden spoke to Netanyahu and then issued a carefully worded statement afterward.”

Washington Post: “The attorney general’s notification to the Trump Organization suggested a cooperative relationship has developed between investigators working for James and Manhattan District Attorney Cyrus R. Vance Jr., whose office has been heading a criminal probe into the company and its officers since 2018.”

A must-read piece in The Atlantic by Edward-Isaac Dovere:

“Biden’s story about his candidacy was already changing. In the new version, he had never intended to get into the 2016 race against his friend Hillary Clinton, no matter how much that account stretched the definitions of never and friend. And he definitely wasn’t going to enter the 2020 race.”

“Then the Nazis marched through Charlottesville.”

“State health officials said Monday that more than 25,400 Covid-19 vaccine shots were administered Friday, two days after the program was announced, making it the highest vaccination day in three weeks.”

“Maybe more telling were the people who got vaccinated. Vaccinations for residents ages 30 to 74 spiked by 6 percent after weeks of steady decline.”

A commander in the Space Force was removed from his post following comments he made while promoting his self-published book, which argues that Marxist ideologies are becoming common in the military, Military.com reports.

NBC News: “The costs to taxpayers from a racial profiling lawsuit stemming from former Sheriff Joe Arpaio’s immigration patrols in metro Phoenix a decade ago are expected to reach $202 million by summer 2022.”

“Other states also posted positive COVID metrics at the top of the week while COVID-19 deaths in the U.S. fell to their lowest in nearly 14 months.”

Politico: “Even if Kevin McCarthy wanted to punish Marjorie Taylor Greene for her hallway antics last week, could he?”

“McCarthy no longer can deploy his most powerful weapon: removing her from her two committees. Democrats already used it for him, stripping the Georgia Republican provocateur from her committee assignments earlier this year.”

“There is also the question of whether the GOP leader is willing to do anything. Republicans argue that Greene was unfairly booted from her committees because it was based on social media activity that happened prior to her time in Congress. McCarthy, who is known for being non-confrontational, could decide to make a remark that publicly distances the conference from her behavior or he could move to talk with her privately. TBD if he will… And then TBD if she’d listen to him.”

Washington Post: “McCarthy’s constituents are among those who have benefited most from the very programs he’s decried, with high poverty levels and a younger population creating acute needs for individual and family aid.”

“An unusually large share of children in McCarthy’s district stand to benefit from the expanded child tax credit included in the American Rescue Plan he opposed — more than 93 percent, the seventh-highest proportion in California.”

“Even as McCarthy has railed against the extension of enhanced unemployment benefits in the law, his region has been among the slowest in the state to recover from the pandemic-induced economic crisis.”

“After devastating India’s biggest cities, the latest Covid-19 wave is now ravaging rural areas across the world’s second-most populous country. And most villages have no way to fight the virus,” Bloomberg reports.

“In Basi, about 1.5 hours from the capital New Delhi, about three-quarters of the village’s 5,400 people are sick and more than 30 have died in the past three weeks. It has no health-care facilities, no doctors and no oxygen canisters. And unlike India’s social-media literate urban population, residents can’t appeal on Twitter to an army of strangers willing to help.”

Emails obtained by the Denver Post between staff members of Rep. Doug Lamborn (R-CO) “show requests for donating money for Christmas gifts and notes about running personal errands for his wife.”

“The emails buttress claims made in a lawsuit filed Thursday in federal court by a former Lamborn employee, which also alleged the congressman’s office was lax on COVID protocols even after staffers and Lamborn himself contracted the virus. Those internal communications fly in the face of Lamborn’s claim to Colorado Public Radio on Friday that the lawsuit consists of a ’tissue of lies.’”

Scientific American: “A large part of the answer is that this is what the party’s spokespeople have been saying for 40 years, from the early days of acid rain to our ongoing debates about climate change.”

“It has mostly been Republican governors resisting mask mandates, even when science showed they slowed the spread of COVID-19. And it was, by and large, Republican governors lifting those mandates in the spring, even while Rochelle Walensky, director of the Centers for Disease Control and Prevention, begged them not to.”

“Everyone deserves accurate information to be presented in an apolitical way and to be addressed with respect and not condescension. But the reality is that most of the science that matters most comes from the government or from scientists funded by the government. Until Republican leaders stop telling voters not to trust the government, many of them won’t trust science.”