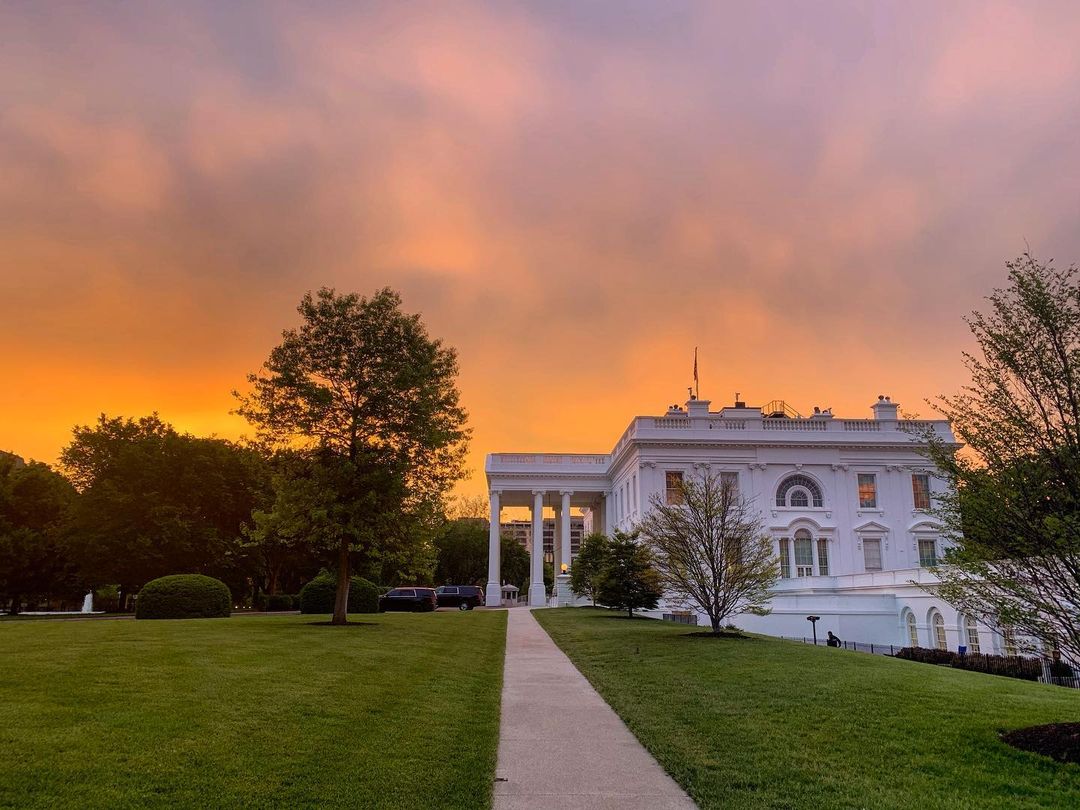 Associated Press: “Energy Secretary Jennifer Granholm says the nation is ‘over the hump’ on gas shortages following a ransomware cyberattack that forced a shutdown of the nation’s largest gasoline pipeline. Problems peaked Thursday night, and service should return to normal in most areas by the end of the weekend, Granholm said Friday.”

Playbook: “The CDC’s surprise decision this week to drop its recommendation that vaccinated Americans wear masks in public spaces was the best news some of us have received in months.”

“And it turns out the White House barely got any notice.”

“On Wednesday evening, a small huddle of senior White House aides were told about the CDC’s decision. President Joe Biden was informed on Thursday morning that the announcement was coming — just hours ahead of time.”

“When Rep. Matt Gaetz attended a 2019 GOP fundraiser in Orlando, his date that night was someone he knew well: a paid escort and amateur Instagram model who led a cocaine-fueled party after the event,” the Daily Beast reports,

“The Florida congressman’s one-time wingman, Joel Greenberg, will identify that escort to investigators as one of more than 15 young women Gaetz paid for sex.”

Washington Post: “Americans in Alabama, Mississippi and 11 other Republican-led states are set to see their unemployment checks slashed dramatically starting in June, as GOP governors seek to restrict jobless benefits in an effort to force more people to return to work.”

“The cuts are likely to fall hardest on more than half a million people who benefit from stimulus programs adopted by Congress at the height of the pandemic.”

Henry Olson: “By Monday, five red states — Alabama, Arkansas, Mississippi, Montana and South Carolina — had announced that they were pulling out of the federal program. That number has grown to at least 16, including the large states of Georgia, Ohio and Arizona. The details differ in each state, but unemployed workers in all of them will stop receiving their extra $300 a week no later than mid-July.”

This stampede creates a natural experiment that will test whether supplemental benefits are an impediment to working. If job openings are filled faster in states ending their participation in the program than in states still participating, we’ll have a clear case that they are creating a disincentive to work.”

A group of high-profile scientists published a letter calling for renewed investigation into the origins of COVID-19 — including the theory that it spilled out of a Chinese virology lab.

Axios: “The possibility that SARS-CoV-2 was created in a Chinese lab and accidentally escaped — rather than emerging naturally from an animal — was initially dismissed as a conspiracy theory. But the letter shows a potential lab leak is increasingly being taken seriously.”

Andrew Giuliani ranted on Russia Today about the injustice of the FBI raids on his father’s home and office.  Said Giuliani, of his father’s supporters: “They don’t want to live in a country where you’re going to have a Justice Department that is going to politicize something to the point where a former president’s personal counsel is going actually be spied on by the Justice Department… If they do it him, they could do it to us and no one would probably even know.”

“Rep. Marjorie Taylor Greene (R-GA) and her husband have two active homestead exemptions, which is against Georgia law,” WSB reports.

“A homestead exemption is a big tax break any Georgia homeowner is entitled to for their primary residence. It is against the law to file for more than one.”

“Last year, former President Donald Trump and Israeli Prime Minister Benjamin Netanyahu unveiled their peace plan for the Middle East at the White House. Now, 16 months later, the question that begs to be asked is whether that plan has worked at all,” CNN reports.

The Jared Peace Plan ignored the Palestinians completely, and only paid off Gulf Emirates to recognize Israel. That’s it. That was the plan. Amazing that it didn’t work. LOL.

President Biden has “a short fuse” at times and is reportedly susceptible to “flares of impatience,” especially when aides and advisers are unable to answer his many hyper-detailed questions, the New York Times reports.

Occasionally, he’s even hung up the phone “on someone who he thinks is wasting his time.”

The Week: “It’s a description seemingly at odds with the congenial and easygoing persona the American public usually sees.”

New York Times: “In the Biden era, wailing about cancel culture has emerged as a major tenet of Trumpism, a defining principle of a Republican Party far more focused on fighting culture wars than promoting any kind of policy platform.”

“Yet in recent weeks, it has been Republicans who seem most focused on canceling ideas they don’t like. And on Wednesday morning, the G.O.P. cancel mob came for Liz Cheney.”

Dan Balz: “The removal of Cheney as chair of the House Republican Conference has been described as part of a Republican Party civil war, and certainly it reflects divisions within the party over Trump’s and raises questions about the future of the GOP.”

“But talking about the removal of Cheney from leadership in the context of a civil war understates the stakes involved. It is far more than a case of internecine warfare, as a Democrat who has been in many partisan battles against GOP candidates said in a private email praising Cheney.”

Said the Democrat: “As regards the politics of the moment, Cheney needs affirmation and a megaphone. She is preaching for principle — and that is important. This is so far above partisan nonsense. We must all understand what she is doing and applaud it.”

Vice News: “A group of Arizona citizens, including one Republican Congressional candidate, is asking the state’s Supreme Court to invalidate all election results since 2018 and remove all elected officials from their offices immediately.” The lawsuit was dismissed almost immediately.

The EPA “is revoking a Trump-era rule that overhauled how the agency evaluates air pollutants, a move the Biden administration says will make it easier to enact limits on dangerous and climate-changing emissions,” the Associated Press reports.

Josh Kraushaar: “The increasingly heated debates over education—ranging from the slow pace of school openings to curricular changes to the elimination or rollback of gifted-and-talented programs for top students—are now galvanizing political issues at the local level and becoming relevant nationally as well. And unlike the evanescent nature of made-for-cable-TV policy fights, the disruptive changes driven by left-wing activists directly affect every parent with school-age children.”

“Republicans were slow to appreciate the political potency of these issues, but it’s now a central part of party messaging.”

“In all, 318 members of Congress submitted 2,380 projects for the House Transportation and Infrastructure Committee to consider in its upcoming surface transportation bill… Of those requests, 1,775 came from Democratic members and 605 came from Republican members.”

“The total cost of the earmark requests released Tuesday by the Transportation and Infrastructure Committee is $14.8 billion.”

“A network of conservative activists, aided by a British former spy, mounted a campaign during the Trump administration to discredit perceived enemies of President Trump inside the government,” the New York Times reports.

“Female undercover operatives arranged dates with the FBI employees with the aim of secretly recording them making disparaging comments about Mr. Trump.”