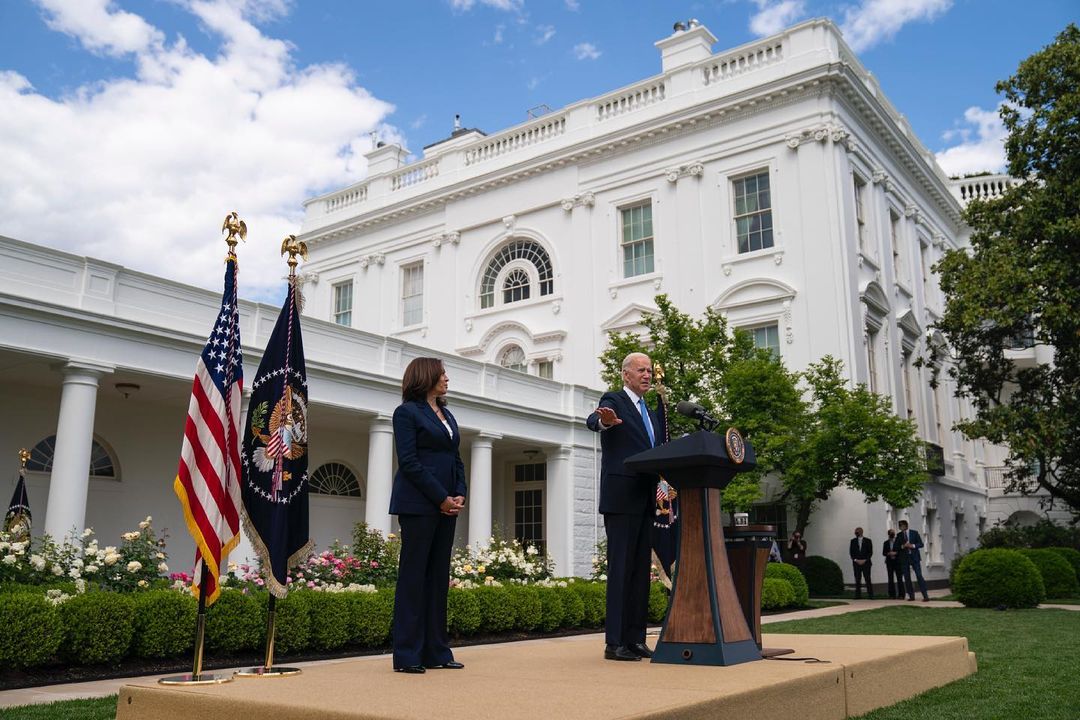 From a new Democracy Corps memo: “We conducted a large, mostly cell phone survey with an over sample of Republicans in the 2022 battleground for the U.S. Senate, governorships, and House, and it is painfully clear Donald Trump, Lindsey Graham, and Kevin McCarthy know their party.

We were also surprised by how much Donald Trump’s loyalist party is totally consolidated at this early point in its 2022 voting and how engaged it is. Yes, they have pulled back from historic presidential year levels: the percent scoring 10, the highest level of interest in the election, has fallen from 84 to 68 percent. But Democrats’ engagement fell from 85 percent to 57 per-cent. Republicans are following their political theater much more closely than are Democrats — producing an 11-point gap.”

Ethan Chen: “The 2020 House results were not merely due to a GOP advantage down-ballot. For open House races, Republicans only did slightly better on average than President Trump.”

“House Republicans benefited from a significantly stronger incumbency advantage than House Democrats. This was the main reason for their performance.”

“The historical anomaly is not incumbency being stronger for the Republicans, but the absolute collapse of the advantage for Democrats.”

One possible reason: The lack of in-person canvassing during the pandemic.

Jonathan Bernstein: “If it’s moderate Republican politicians who retired decades ago, a handful of political consultants, and some foreign policy specialists who are more hawkish than their party or most voters…well, that’s not much.”

“If it included Wyoming Representative Liz Cheney, Senator Mitt Romney of Utah, a couple of governors and many of the other current elected officials who supported impeaching and convicting Trump? That’s a group with a realistic, if still difficult, chance of making it hard for Republicans to win congressional majorities and the presidency. And it would still be unlikely to achieve the goal of changing the Republican Party.”

Rep. Liz Cheney (R-WY) says she regrets voting for former President Trump during the 2020 election, The Hill reports. Said Cheney: “I was never going to support Joe Biden and I do regret the vote.”

In a leaked video of a private meeting with big-money donors, the head of a top conservative group “boasted that her outfit had crafted the new voter suppression law in Georgia and was doing the same with similar bills for Republican state legislators across the country,” Mother Jones reports.

Said Jessica Anderson of Heritage Action: “In some cases, we actually draft them for them or we have a sentinel on our behalf give them the model legislation so it has that grassroots, from-the-bottom-up type of vibe.”

She added: “Honestly, nobody even noticed. My team looked at each other and we’re like, ‘It can’t be that easy.’”

Wall Street Journal: “Public opinion surveys ahead of the 2020 presidential election were the most inaccurate in 40 years, according to an expert panel convened by the main trade group for pollsters, which said its work hadn’t yet pointed to a way to correct the error.”

“In the aggregate, the panel said, polls overstated support for Democratic nominee Joe Biden by 3.9 percentage points in the national popular vote in the final two weeks of the campaign.”

“It was the most substantial error in polling since 1980, when surveys found it hard to measure the size of Ronald Reagan’s impending landslide and overstated support for President Jimmy Carter by 6 percentage points.”

Tony Blair: “Joe Biden’s victory in the United States apart, progressive politics across the globe is badly placed: four election defeats for the UK Labour Party and no one betting against a fifth; the German SPD placed behind a moderate Green Party; the French Socialists, who won the presidency in 2012, now polling at 11 percent; the Italian left imploded and divided; the Spanish and Swedish socialists hanging on to power, but way below their earlier levels of support.”

“And truth be told, no sensible Democrat or democrat should overplay the Biden victory. He won against an incumbent like no other, considered by centre-ground voters to be uniquely strange and unacceptable in his behaviour. In the middle of the Covid-19 crisis, Donald Trump’s actions appeared to have worsened the pandemic; and even then, Trump increased his number of votes in the 2020 presidential election from 2016, while the Republicans took seats in the House and probably only lost control of the Senate thanks to the bizarre post-election antics that ended in the storming of the US Capitol in Washington, DC on 6 January.”

“The Biden victory was a heavy reaction not so much against the policies as the comportment of Trump. And in Biden, the Democrats nominated possibly the only potential leader who could have won.”

New York Times: “The bills demonstrate how disinformation can take on a life of its own, forming a feedback loop that shapes policy for years to come. When promoted with sufficient intensity, falsehoods — whether about election security or the coronavirus or other topics — can shape voters’ attitudes toward policies, and lawmakers can cite those attitudes as the basis for major changes.”

“Lawmakers in at least 33 states have cited low public confidence in election integrity in their public comments as a justification for bills to restrict voting.”

David Leonhardt: “For Republicans, the question is whether they are willing to break with their own party, or at least criticize it honestly, to speak up for democracy. That’s not an easy thing to do. There are many Americans who believe in both democracy and a conservative agenda — less regulation, strict abortion laws, few gun restrictions, tight border security, strong support for police departments and churches. These Americans no longer have a comfortable partisan home.”

“But days after winning both the nomination and Trump’s endorsement, Youngkin appeared to change his rhetoric.”

Said Youngkin: “I have said before that Joe Biden was legitimately elected our president.”

Former President Trump is calling on his supporters to withhold financial support from Karl Rove, The Hill reports.

Said Trump: “Everyone is so tired of watching Karl Rove on Fox News. He has played the game for decades, but all he and his buddies want to do is take your money and run.”

He added: “He called me on the evening of November 3rd, Election Night, to congratulate me on my ‘great win.’ When it was revealed the election was rigged and stolen, he flew the coop.”

William Kristol: “It’s worth coming to grips with the fact that the contemptible, even dangerous behavior by the overwhelming majority of House Republicans does not automatically mean that they will be punished politically. (And by the way, Democrats holding the Senate in 2022 is no sure thing either.)”

“The arc of off-year elections is short, and it may not bend toward justice.”

Benjy Sarlin: “These moves helped bring millions of working-class independents and nonvoters into the Republican fold, and the party badly needs them to win. But Republicans are starting to realize how much the tradeoff has affected their traditional message.”

“An Economist/YouGov poll this month found that 71 percent of Republicans under 45 favored more government spending to create jobs, even if it required higher taxes. Among Republicans over 45, the numbers were almost perfectly reversed: 74 percent favored prioritizing lower taxes. The split between older voters who came of age under Ronald Reagan and younger voters defined by Trump reflects two different lived experiences as to what conservatism means.”

Jesse Ferguson: “No one should be Pollyannish. Democrats face real challenges going into the midterms. Our fights for working people are putting us up against three of the most well-heeled financial interests in all of politics: Big Oil protecting its subsidies, Big Pharma protecting its profits and Big Business protecting its tax breaks. History might indeed repeat itself. These midterms could spell a defeat for Democrats and the Biden administration.”

“But history is only certain to repeat itself when we refuse to learn from the past.”