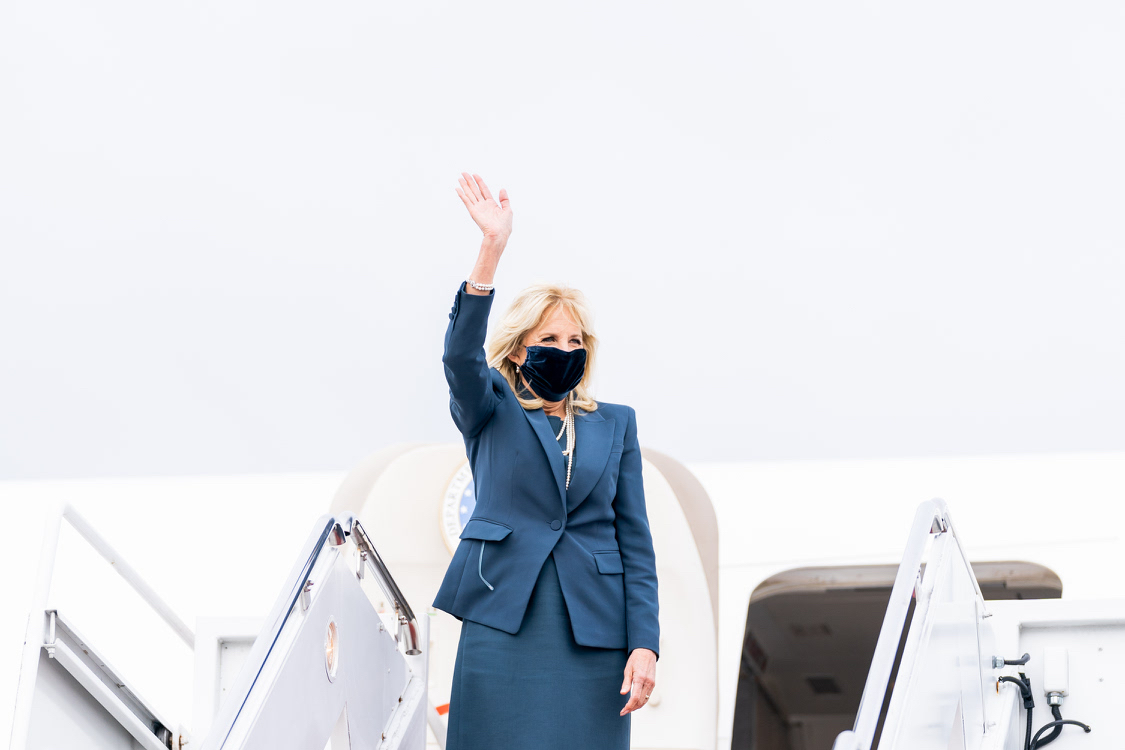 A new UC Berkeley/Los Angeles Times poll found that Sen. Dianne Feinstein’s (D-CA) popularity remains underwater with just 35% of respondents approving of her work and 46% disapproving. Said poll director Mark DiCamillo: “Voters are viewing her much differently now than they were three years ago.”

The same poll also tested Democratic Sen. Mark Kelly against a variety of potential Republican opponents, some more likely than others. The numbers are very similar across the board, with Kelly sitting in the mid-to-high 40s and Republicans in the mid-30s, putting the incumbent up about 10 points against almost all comers.

The closest matchup finds Kelly ahead 44-35 on former Arizona National Guard chief Michael McGuire, who (like all of the Republicans tested) was identified along with his title. That’s something of an unusual choice, but early in an election cycle when would-be challengers are so little-known, it can make sense to ask questions this way—and in any event, the inclusion of titles doesn’t seem to have affected the outcomes much if at all, given how similar they all are.

The one pairing that looks a bit different features Kelly versus Navy veteran Jack McCain, son of the late Sen. John McCain, who previously held this seat. The survey finds Kelly up 44-29 on the younger McCain, whose 56% support among GOP voters is more than a dozen points below that of any other Republican included in the poll, which may reflect conservative antipathy toward the McCain name that crescendoed during the former senator’s long feud with Donald Trump. Last year, Jack McCain said he did not “have any immediate plans to run for office,” and his name has not come up as a possible Kelly foe since.

Rep. Liz Cheney (R-WY) will be on “New Hampshire Today” on Friday morning — an appearance which will stoke speculation about whether she’ll run for president in 2024. Cheney knows it would be an impossible fight to win the GOP nomination, but she also knows the media will cover her if she keeps that option open.

Washington Examiner: “Rep. Liz Cheney is poised to pour her energy into winning reelection in Wyoming, an uncertain contest she views as a proxy war with former President Donald Trump and the critical first phase of her effort to wrestle away control of the Republican Party.”

“Cheney confidants acknowledge that an important step in that broader campaign for influence in the party is winning a fourth term as the statewide, at-large representative for Wyoming.”

In an interview in which he slammed Rep. Liz Cheney (R-WY) as a “loser,” former President Donald Trump teased the notion of running again for president in 2024, The Hill reports. Said Trump: “I’m loving what I do and I’m loving the result that we’ve had and I think people will be very happy with my decision. We’ve done a real job and I look forward to making people very happy.”

Times of London: “Although few details have been made public, including exact dates and locations, there will be two [Trump MAGA rallies] in June and one in July.”

“Insiders said the former president, who was impeached twice, was hoping to capitalise on a series of perceived crises facing President Biden, including a surge in arrivals at America’s southern border. This week he decamped from his base in Mar-a-Lago, Florida, to spend the summer at his New Jersey golf club, taking him closer to donors.”

“As dissension boiled in their ranks, House Republicans quickly turned on the chairman of their conference, the member of the leadership team responsible for party messaging. After a swift vote, the occupant of that office was unceremoniously dumped,” the New York Times reports. “The year was 1998 and the ousted leader was Rep. John Boehner (R-OH), who became a casualty of election losses that November and internal unrest over the tumultuous reign of Speaker Newt Gingrich.”

“It was an episode that could be instructive for Rep. Liz Cheney (R-WY), who was bounced from that same leadership post on Wednesday.”

Playbook: “The day-to-day storylines in political media emphasize the divisions within the Republican Party and how those divisions weaken the GOP and help President Joe Biden push through his agenda. But if you step outside that narrative, you’ll see something very different.”

“While it might look like a shitshow in Washington, the party is more like a hurricane gathering strength off shore that will wallop Democrats beginning in 2022. The Republican Party has a structural advantage in the House, Senate and Electoral College. It controls redistricting in a majority of states. Most ominously for Democrats — and democracy — it is using its power in statehouses and governors’ mansions across the country to pass voting laws that solidify these advantages.”

Jeff Greenfield: “The pattern is striking, if you want to survive as a Republican official, you will support the former president; if you support the former president, you will support laws that reflect his conviction that the election was stolen; if you enact those rules, you are making it more possible that he will win a second term. The party is talking with one voice; the voice is Trump’s, and it’s one that plenty of Americans are still perfectly receptive to.”

ATLANTA MAYOR — The Atlanta Journal-Constitution is out with another look at the potential field to succeed Mayor Keisha Lance Bottoms this year. The paper writes that City Councilman Antonio Brown “is preparing to enter the race for mayor as soon as Friday,” while Atlanta Hawks chief executive Steve Koonin has told people he won’t be competing. Former City Council President Cathy Woolard, who took third in the 2017 mayoral race, also said Tuesday that she wouldn’t run again.

The AJC also reports that two other politicos are considering getting in: 2014 Democratic gubernatorial nominee Jason Carter and City Councilman Andre Dickens. Mary Norwood, who is a rare independent politician in this heavily blue city, is also still thinking about mounting a third mayoral bid, but unnamed allies tell the paper that they anticipate she’ll instead continue with her campaign to return to the City Council.

PENNSYLVANIA U.S. SENATOR / 17TH CD — As expected, Army veteran Sean Parnell has kicked off a campaign for Pennsylvania’s open Senate seat, making him the first notable Republican from the western half of the state to join the race. Last year, Parnell narrowly lost a challenge to Democratic Rep. Conor Lamb by a 51-49 margin in the 17th Congressional District, a race that Donald Trump had pushed Parnell to run in before he’d even announced his candidacy in 2019.

There’s no telling whether Trump will weigh in on Parnell’s behalf again, especially given the crowded field, but Parnell is certainly gunning for Trump’s support once again. Following the results of last year’s election, Parnell joined an unsuccessful lawsuit seeking to invalidate 2.5 million disproportionately Democratic votes cast by mail in Pennsylvania in the hopes of throwing the state to Trump, and he still refuses to say whether the election “was fair and an accurate result.”

That refusal, of course, has now become a requirement to remain a member in good standing of today’s GOP, so Parnell’s adherence to the party line may no longer distinguish him much in the eyes of Trump. And like many other Republicans who were once wary of Trump, comments Parnell made during the 2016 presidential race may come back to haunt him: Wealthy businessman Jeff Bartos, who’s also seeking the GOP nod, was quick to launch digital ads attacking Parnell for saying, “Trump needs to release his taxes. It’s an avoidable vulnerability.”

Whatever happens in the Senate primary, Parnell’s decision will come as a disappointment to recruiters at the NRCC, who would have preferred he run for the House again. The forecast for the congressional map in Pennsylvania is uncertain, however, given both that the state is shedding a seat and that the Pittsburgh area, where the 17th District is located, has lost population. These factors likely explain why Lamb himself is considering a Senate bid of his own, since his district will likely have to expand into more conservative rural and exurban areas.

FLORIDA U.S. SENATOR — Democratic Rep. Stephanie Murphy’s team is pushing back on a report from Axios this week that said she’d launch a campaign against Republican Sen. Marco Rubio next month, saying that the congresswoman “has not made a decision on whether to run.”

CALIFORNIA GOVERNOR — Former Trump advisor Richard Grenell, who’d been squirrely about his interest in running in the likely recall election of Democratic Gov. Gavin Newsom, has finally confirmed he’s considering a bid. Grenell says he’ll wait “until about August or September” to decide. If it’s confirmed for the ballot, the recall likely would take place in November.

MISSOURI U.S. SENATOR — Kansas City Mayor Quinton Lucas, who said he was considering a Senate bid shortly after Republican Sen. Roy Blunt announced his retirement in March, reiterated his interest this week during a trip to D.C. to meet with unspecified Democratic officials. He did not, however, offer a timetable for making a decision.

“Missouri Republicans offered a last-minute proposal that would force U.S. Senate candidates into runoffs to win their primary election, reflecting fears that former Gov. Eric Greitens (R) could prevail next year against a divided GOP field,” the Kansas City Star reports. “The remarkable proposal… came seemingly out of nowhere late Wednesday night with two days left in the legislative session.”

“It would apply to all statewide offices, and the Congressional and U.S. Senate seats, and only apply through 2024.”

CALIFORNIA 21ST CD — Delano Mayor Bryan Osorio, who recently filed paperwork to create a campaign committee with the FEC, announced on Wednesday that he’d run for California’s 21st Congressional District, which is currently held by Republican Rep. David Valadao. Osorio, a Democrat and vocal Bernie Sanders backer, was elected to his current post last year at the age of 25.

FLORIDA 13TH CD — St. Petersburg Mayor Rick Kriseman says he has “not ruled out the possibility” of seeking Florida’s newly open 13th Congressional District, adding that the race is “on my radar.” Kriseman, a Democrat, unseated Republican Bill Foster in 2013 and won re-election four years later, though he’s prevented by term limits from running for his current post again.

GEORGIA 10TH CD — Trucking executive Mike Collins, who is the son of former Rep. Mac Collins and sought the GOP nomination the last time Georgia’s 10th Congressional District came open, has filed paperwork with the FEC ahead of a possible return engagement. Collins finished just a hair behind Jody Hice (who’s now running for secretary of state) in the 2014 Republican primary after then-Rep. Paul Broun decided to run for the Senate but lost the runoff by a wider 54-46 margin.

NEW MEXICO 1ST CD — Republican state Sen. Mark Moores’ latest ad goes after Democratic state Rep. Melanie Stansbury on police reform, complete with horror movie-style sound effects of a woman screaming. The spot chiefly attacks Stansbury for supporting the activist-drafted BREATHE Act, which would, among other things, “[d]ivest federal resources from incarceration and policing” and mandate “full decarceration of federal detention facilities within 10 years.” The bill has not been introduced in Congress.

TEXAS 6TH CD — Gov. Greg Abbott has scheduled the all-Republican special election runoff in Texas’ 6th Congressional District for July 27, with early voting to begin on July 19. The race pits conservative activist Susan Wright, the widow of the late Rep. Ron Wright, against state Rep. Jake Ellzey. Wright, boosted by a late Donald Trump endorsement, led Ellzey, whose most prominent backer is former Gov. Rick Perry, by a 19-14 margin in the first round of voting, which featured 23 candidates.