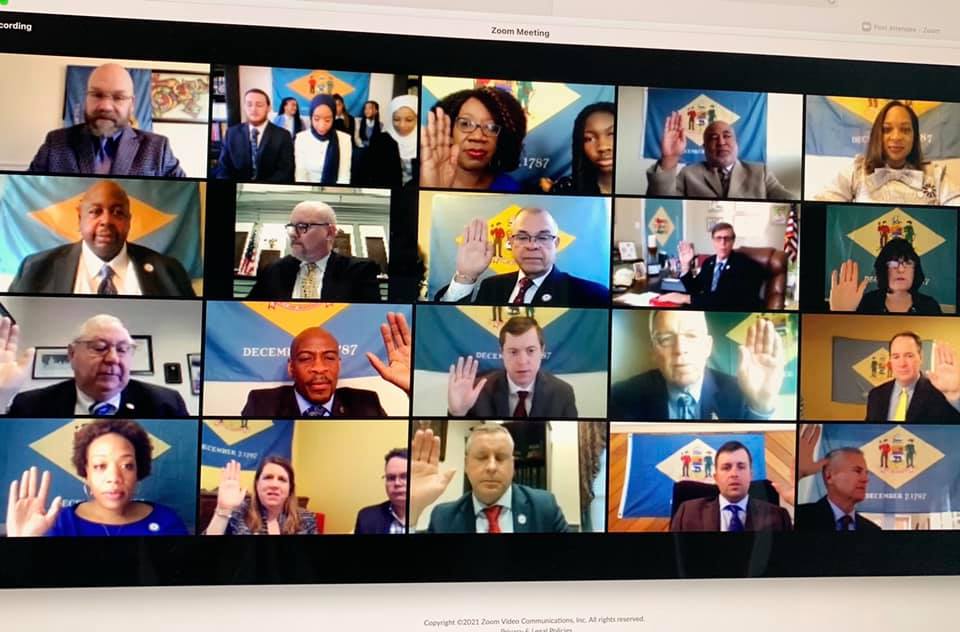 Yesterday, the Delaware Senate passed Senate Bill 94, a bill that would make virtual meetings a permanent option for all Delaware public bodies. For paranoid and petulant Republican, that does not mean that all public meetings will forever be virtual. It means that when public meetings return to being in person, there will still be a live stream of the meeting on Zoom or some other video conferencing service, because providing that virtual option brings more public participation, not less.

The bill passed 19-2. Who voted no? Mr. No, Colin Bonini, and his new Democratic counterpart, Senator Darius Brown, who seemed to be having a little bit of a tantrum yesterday, voting no on this bill and on the school board bill.

The current bill expands on the framework of Senate Bill 243(S), which was signed into law in July 2020. That legislation allowed all public bodies to meet and conduct business virtually during a State of Emergency, while granting advisory bodies the ability to continue that practice beyond the current State of Emergency. That emergency bill will expire June 30 without additional action from the General Assembly.

Senate Bill 94 would permanently extend the authority for all public bodies to hold virtual meetings beyond the State of Emergency, as long as a physical anchor location is also provided where at least one presiding member will be present, documents introduced during meetings are also accessible to the public, and the body provides at least seven days’ notice of how the public can participate virtually.

Virtual public meetings would not be mandatory under Senate Bill 94, although public bodies would be required to permit a sitting member with a disability to participate virtually as a reasonable accommodation under the Americans with Disabilities Act in most cases.

“The reality is people are far more likely to attend public meetings if they can participate from the safety and comfort of their own homes,” she said. “Here in the Senate, we’ve also seen how public bodies can advance the public good while meeting virtually. This legislation will help ensure that the expanded civic engagement and public accessibility we’ve seen during the pandemic can continue long after the current health crisis has ended.”

“Although there was some hesitance with moving into the virtual world, we’ve seen more and more evidence that virtual meetings provide people with more opportunities to participate and watch these proceedings without having to travel, take time off from work, or arrange childcare,” said Rep. Krista Griffith, SB 94’s lead House sponsor. “Virtual meetings have led to increased transparency in government and unprecedented public attendance and participation. While many of us are looking forward to holding in-person meetings again, this emerging and proven technology should continue to be a beneficial option for public bodies.”

“We support any legislation that makes local government more accessible to the people we serve,” said Lew Killmer, vice-mayor of the Town of Bethany Beach and president of the Delaware League of Local Governments. “Virtual meetings have been a highly effective tool during the pandemic.  This bill will give Delaware municipalities the flexibility they need to address online meetings without creating an undue burden.”

SB 94 now heads to the House for consideration.