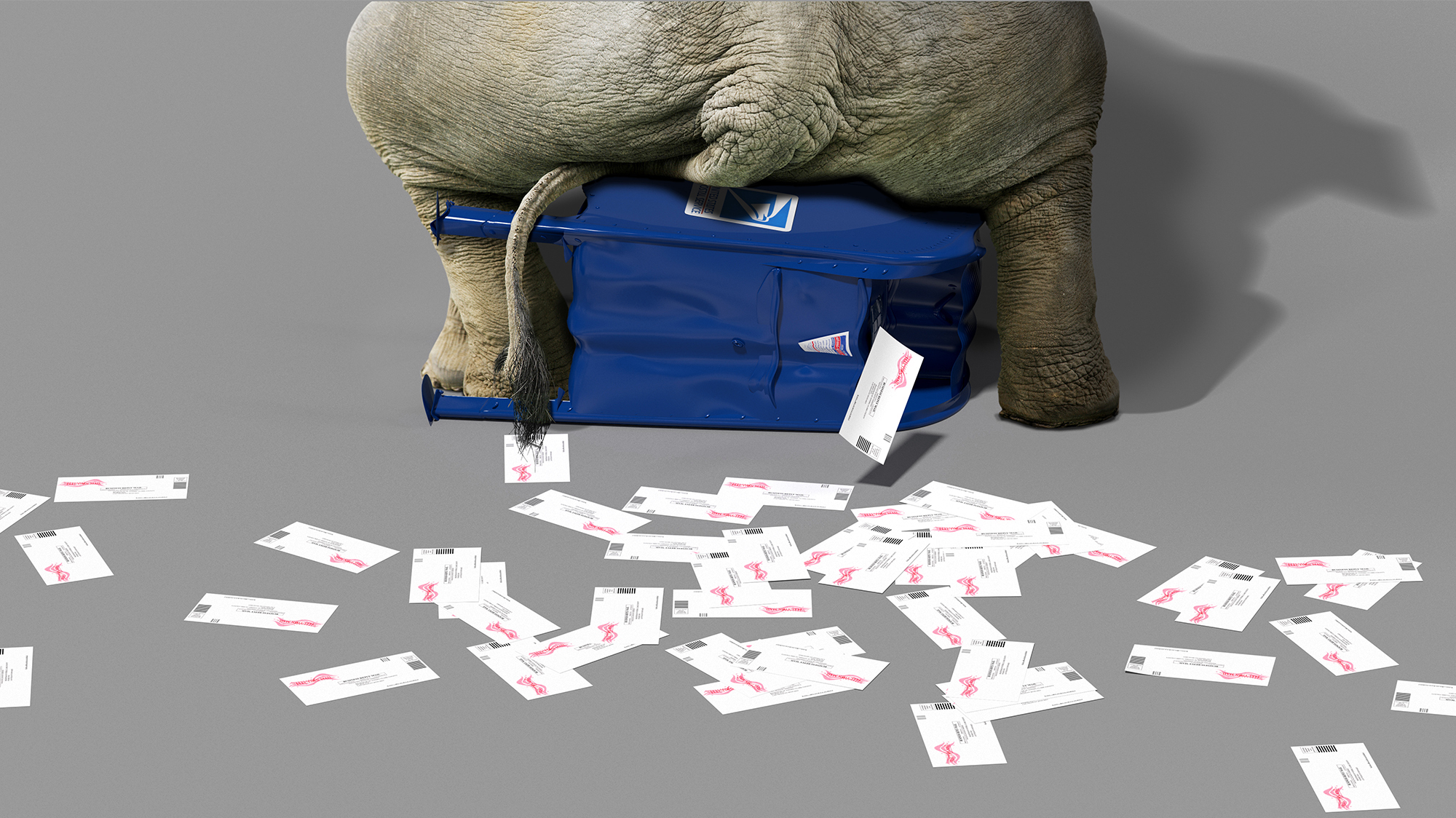 Either at the end of this week or sometime next week, House and Senate Republicans are going to introduce their own voter surpression bills in the General Assembly that their counterparts have introduced in Texas, Florida, Arizona, Georgia and elsewhere. Their plan is remove voters from the rolls and generally make it harder to vote by absentee.

Oh sure, they will couch the language of their press releases and of the bill synopsis in proactive words that say we are just going to use “best practices” to clean up the voter rolls with this efficient Registered Voter List Improvement Task Force. The mere mention of the words “Task Force” should be enough to get the House Democratic Leadership and Governor Carney on board. They love a Task Force.

That’s their first bill. Which is actually a Concurrent Resolution.

But before we get into the details, let me just say this: No Democrat can sign on to any one of these Republican bills, and these bills must never see the light of day. Why? Because Republicans nationwide, at every level of government, are attacking Democracy and limiting the right to vote. They just cancelled a Cheney because she refused to repeat and amplify the former guy’s election lies about voter fraud and stolen elections. These lies are necessary to support the Republican attack on Democracy and Voting Rights in many states across the nation. And no Delaware Democrat shall assist them in their task. Any Democrat who enables Trump and his Republicans will be get a primary challenger and will lose in their next election. The ads right themselves. Your picture will slapped right next to Trumps, both of you declaring that his election was stolen.

Back to the Suppression Bills. The Task Force to Purge the Voter Rolls. It will review current laws and practices associated with compiling and maintaining Delaware’s registered voter list and suggesting methods for improving its accuracy. In other states, Republicans pass laws that purge voters from the registered voter rolls if they miss any election, like the low turnout school board elections or small town elections, or party primaries. Now, they will say that we need to do this because because there might be some out of date addresses or no longer active registrations on our voter rolls. But that is the Republican cover story. They just want to purge registrations of infrequent voters who may only vote in presidential general elections.

Second, another Concurrent Resolution to order the Department of Elections to require signature matching on absentee ballots, as was recently passed in Georgia and Florida. The Governor of Florida’s own signature on a ballot was found not to match his earlier and older signature on file, meaning under the new law passed in Florida, and under what the Republicans would enact here, his ballot would be rejected as unverified. Does your signature always look identical? If not, your ballot will be rejected under what the Republicans want to do.

Third, a bill would be introduced to Increase the Penalties for Illegal Voting. Which is a funny thing, since whenever someone is caught trying to illegally vote, it is most always a Republican. So this will be the first time in recorded history that a Republican is trying to pass a law that will hold other Republicans accountable for their illegal actions.

Currently, if you are found guilty of illegally voting, you face a fine of between $50 and $200 and/or a prison sentence of between 30 days and two years. This bill would change the crime from an unclassified offense to a Class G non-violent felony. The revised law would maintain the possibility of up to two years in jail, but it would increase the fine to a minimum of $1,000 for a first offense and a minimum of $2,000 for any subsequent offense. Additionally, anyone found guilty of the offense would lose his or her right to vote for five years following the conviction.

I would ask the Attorney General or the Elections Commissioner how many people in Delaware have ever been caught illegally voting and/or charged with that crime? I sense, as Republicans love to say whenever a bill is proposed that they don’t like, that this is a solution in search of a problem.

Fourth, Republicans want a Voter ID bill. Now, in Delaware, poll workers already ask voters to show proof of identity in order to vote. Proof of Identity can include a drivers license, state ID card, US Passport, Polling Place card, Social Security card, Vehicle Registration, Credit Card with a photo or any other document that identifies the voter by photo or signature. If the voter refuses or does not have ID, then they have to fill out a form attesting that they are who they say they are.

The Republicans want to make it the law that you must show ID in order to vote. If you don’t have ID, then you can cast a provisional ballot, and that ballot might be counted if all information matches what is in the voter registration records.

Again, this is a bill searching to solve a problem that doesn’t exist. We already basically have Voter ID, in that every Delaware voter voting in person is asked to show their ID, and I dare say most if not the overwhelming many do show that ID before voting. This bill just wants to make it harder on those who do not have ID for whatever reason. And those people tend to be the poorer among us, and minorities. Ah, now we can see why Republicans want to pass this bill.