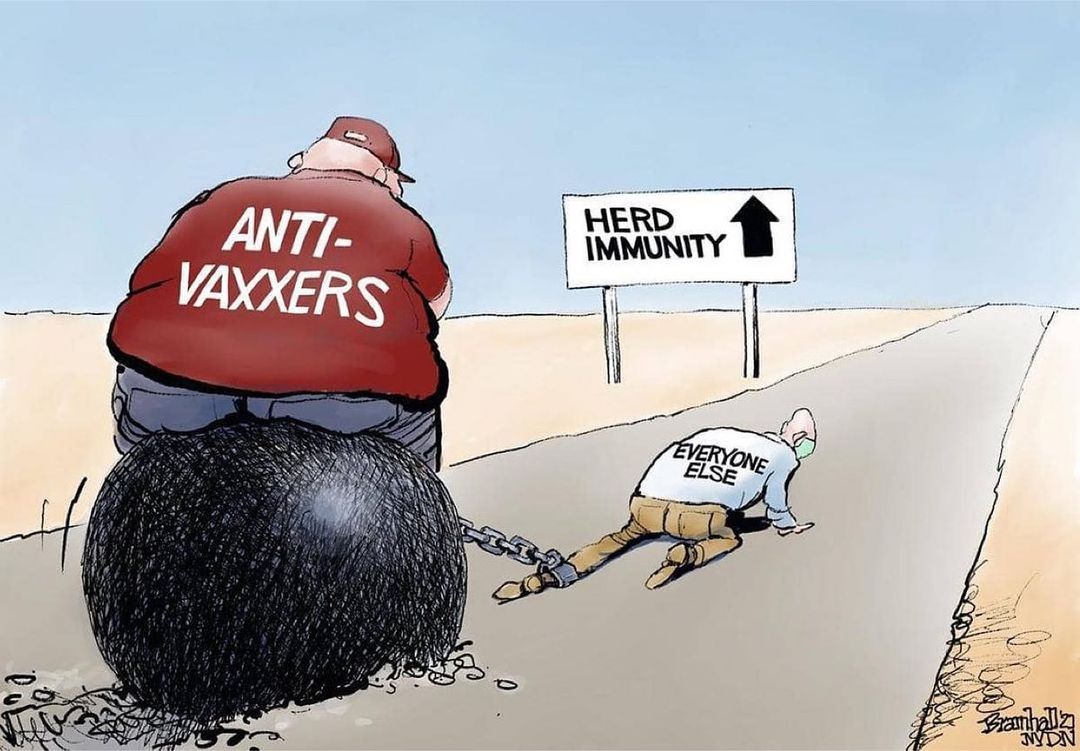 “He will meet with Sen. Thomas R. Carper (D-DE), who leads the Senate Environment and Public Works Committee with jurisdiction over transportation policy, as well as Sen. Joe Manchin III (D-WV), a critical swing Democratic vote who has shown some distance from Biden’s $4 trillion jobs and infrastructure package.”

“The Biden White House this week will make its most concerted push yet to find a middle ground with Republicans on the president’s massive infrastructure proposal. And as it does, the president’s position on a potential compromise has come into sharper focus,” Politico reports.

“Those officials say the White House is cognizant that any bipartisan proposal would likely involve only so-called ‘hard’ infrastructure, things like roads, bridges and tunnels. They are also drawing few red lines — at least openly — heading into the latest round of negotiations.”

It’s not clear if Biden really wants a bipartisan deal with Republicans or whether he wants it to look like he wants a deal.

As Joe Biden engages with Senate Republicans on an infrastructure package, Mitch McConnell is once again signaling the cost of bipartisanship will be very high.

This time, he’s insisting that any infrastructure deal that passes with Republican votes be paid for with an increase in the gas tax:

Economists tend to like the idea of a gas tax hike as a way for users to pay for more infrastructure, but voters will almost certainly hate it. Any significant increase in the gas tax will be highly visible and felt most acutely by everyday people.

McConnell knows this. A wide range of Democrats will object to a gas tax increase, and even on the off-chance a bipartisan infrastructure bill gets through with such an increase, it’s at-risk Democrats who will get pounded for it in the midterms.

Team Biden has good reason to engage in some amount of negotiation with the GOP on infrastructure, but there’s no path if McConnell’s consent is needed. He’s been 100% focused on denying Biden any sort of victory since day one.

Wall Street Journal: “Many Republicans say enhanced and extended unemployment benefits are discouraging Americans from seeking work, especially in low-wage jobs where the aid often pays more than they earned at previous jobs. The Biden administration and Democrats say other factors, including lack of access to child care and shortages of computer chips, are holding back more robust job growth.”

Said Commerce Secretary Gina Raimondo: “There’s nothing in the data which would suggest that that’s the reason people are out of work… The No. 1 reason now that people aren’t going back to work is…fear.”

California Governor Gavin Newsom (D) “plans a $100 billion economy recovery package, with the centerpiece a proposal to give $11.9 billion of direct cash payments to Californians,” Bloomberg reports.  “The plan would expand on a previous program distributing $600 checks to qualifying low-income residents by extending eligibility to the middle class. Two out of three Californians would receive a check of at least $600, and families with kids will get an additional $500.”

Wall Street Journal: “The Biden administration will begin distributing $350 billion to state and local governments this month, giving them money to pay for pandemic-related costs, fill revenue shortfalls and pay for water, sewer and broadband projects—but not to cut state taxes.”

“Money could start flowing to states, local and tribal governments within days.”

“The U.S. will protect gay and transgender people against sex discrimination in health care, reversing a Trump-era policy that sought to narrow the scope of legal rights in sensitive situations involving medical care,” the AP reports.

CNN: “In Thursday’s interview with conservative radio host Vicki McKenna, Johnson suggested there have been thousands of deaths connected to Covid-19 vaccinations and that receiving a vaccine could be particularly dangerous for those who had previously been infected.”

“To defend his position and call into question the safety of Covid-19 vaccines, Johnson cited numbers from the federal Vaccine Adverse Event Reporting System, which allows anyone to submit a report. Johnson said that according to the system, ‘we’re over 3000 deaths after within 30 days of taking the vaccine,’ suggesting these deaths were tied to Covid-19 vaccines.”

House Minority Leader Kevin McCarthy sent his caucus a letter about removing Rep. Liz Cheney from her leadership post: “Having heard from so many of you in recent days, it’s clear that we need to make a change. As such, you should anticipate a vote on recalling the Conference Chair this Wednesday.”

Mitt Romney: “Expelling Liz Cheney from leadership won’t gain the GOP one additional voter, but it will cost us quite a few.”

McCarthy confirmed that he backs Rep. Elise Stefanik for the role of House Republican conference chair, as Rep. Liz Cheney faces a vote to oust her from the influential GOP leadership post, CNN reports.

Associated Press: “House Republicans could vote as early as Wednesday to remove Cheney, the highest-ranking woman in the Republican leadership and daughter of former Vice President Dick Cheney, and replace her with Stefanik, whose ascension has received Trump’s backing.”

Rep. Adam Kinzinger (R-IL) on Twitter:  “A few days before Jan 6, our GOP members had a conference call. I told Kevin that his words and our party’s actions would lead to violence on January 6th. Kevin dismissively responded with ‘OK, Adam, operator next question.’ And we got violence.”

On March 21, House Minority Leader Kevin McCarthy hired Brian Jack to run his political operation.   Jack had been former President Donald Trump’s political director in the White House.  But even more interesting is that Jack had been involved in inviting speakers to Trump’s rally on January 6 before the Capitol insurrection.

Although McCarthy initially condemned Trump for instigating the riots, McCarthy has since pretended none of it ever happened. He’s even suggested Trump didn’t know about the extent of the riots even though there were many reports Trump was watching them unfold on television.   McCarthy is now leading the push to oust Rep. Liz Cheney (R-WY) from the House Republican leadership.

The conventional wisdom suggests Cheney’s biggest offense is continuing to criticize Trump. But as Charlie Sykes notes, Cheney also broke with McCarthy recently in pushing for the creation of a 9/11-style commission to probe the origins of the January 6 insurrection.  Both McCarthy and Jack would be witnesses in such an investigation.

They’re basically the same statement. Cheney said exactly what Kevin McCarthy said a week after the insurrection at the U.S. Capitol.  The big difference is that Cheney has kept saying it — and will soon be ousted from the House GOP leadership for it — while McCarthy is now pretending it never happened.

Chris Matthews: “It is still early in the game. But should Joe Biden make a positive mark in history it will be by doing it like Ronald Reagan did: Stick to your base; keep your focus, go big; go early.  His commitment to Reagan’s governing politics is clear and it’s working.”

“As a former speechwriter, I’m also impressed by his rhetorical focus. It’s not that he’s a great orator. The point is he’s kept his speeches within his rhetorical abilities. And while he’s governed left, his tone has been totally middle of the road, inclusive. He hasn’t gotten drawn into culture war battles over Dr. Seuss. When he got asked about America being a racist country, he deftly said he didn’t think most people were racists but there was clearly a legacy of racism holding people back right now. He’s used the term systemic racism but in a way that calls on people’s better angels. It’s been hard to pull off but in a slow and grandfatherly way, he’s made it look easy, During the Chauvin trial, it would have been easy to make a misstep. He didn’t. Moderate tone. Left governance. Reagan governed right with a moderate tone. It worked then. It works now.”

“The ransomware attack that forced the closure of the largest U.S. fuel pipeline this weekend showed how cybercriminals pose a far-reaching threat to the aging, vulnerable infrastructure that keeps the nation’s energy moving,” the Wall Street Journal reports.

The Guardian reports the Biden administration has invoked emergency powers over the ransomware attack.

“U.S. officials suspect that a notorious Russian spy agency may be behind alleged attacks that are causing mysterious health issues among U.S. government personnel across the world,” Politico reports.

“Officials do not have a smoking gun linking Russia’s military intelligence unit, the GRU, to the suspected directed-energy incidents… The intelligence community has not reached a consensus or made a formal determination. However, officials have told lawmakers that they have intensified their investigation in recent weeks to include all 18 federal intelligence agencies, and that it is focused on the GRU’s potential involvement.”

It’s time that we detonate a EM Pulse above St. Petersburg or Moscow, ending all technology in the cities for a generation.

“Dr. Anthony Fauci said that he was open to relaxing indoor masking rules as more Americans are vaccinated against the virus, just two days after the Centers for Disease Control and Prevention belatedly emphasized the danger of airborne transmission,” the New York Times reports.

New York Times: “In a narrowly divided Congress, an illness or a death could upend the balance of power and threaten an ambitious agenda.”

“As the accompanying chart shows, more than 1,160 sitting members and members-elect have died from accidents, disease and violence since the first Congress met in 1789, according to a New York Times analysis of House and Senate records. They include multiple House speakers, famed senators and two former presidents: John Quincy Adams and Andrew Johnson, who both returned to Congress after leaving the White House.”

House Majority Whip James Clyburn (D-SC) suggested that he would be willing to support policing reform legislation even if it did not end qualified immunity, the legal doctrine that shields individual officers from lawsuits, the Washington Post reports.

Said Clyburn: “I will never sacrifice good on the altar of perfect. I just won’t do that.”

He added: “I know what the perfect bill will be. We have proposed that. I want to see good legislation. And I know that, sometimes, you have to compromise. … If we don’t get qualified immunity now, then we will come back and try to get it later. But I don’t want to see us throw out a good bill because we can’t get a perfect bill.”

A new poll found that nearly 60% of people in Japan want the Olympic Games to be cancelled, less than three months before they are due to open in Tokyo.

“Japan has extended a state of emergency in Tokyo and several other regions until the end of May as it struggles to contain a surge in Covid-19 cases fuelled by new, more contagious variants, with medical staff warning that health services in some areas are on the verge of collapse.”

States are requesting fewer doses of the coronavirus vaccine as demand for the shots plummets, the AP reports.

New York Times: “Experts warn that states where vaccinations are falling behind — particularly in the South — could be especially prone to outbreaks in the weeks ahead as more contagious virus variants spread. Texas and North Carolina are trailing the national average in vaccinations, with about 40 percent of people receiving at least one shot. In Alabama, Mississippi, and Louisiana, about a third of residents have gotten their first shot.”

Arizona Republic: “The ongoing spectacle of the Arizona ballot audit is raising political pressure, but it’s some Republicans who are feeling the squeeze.”