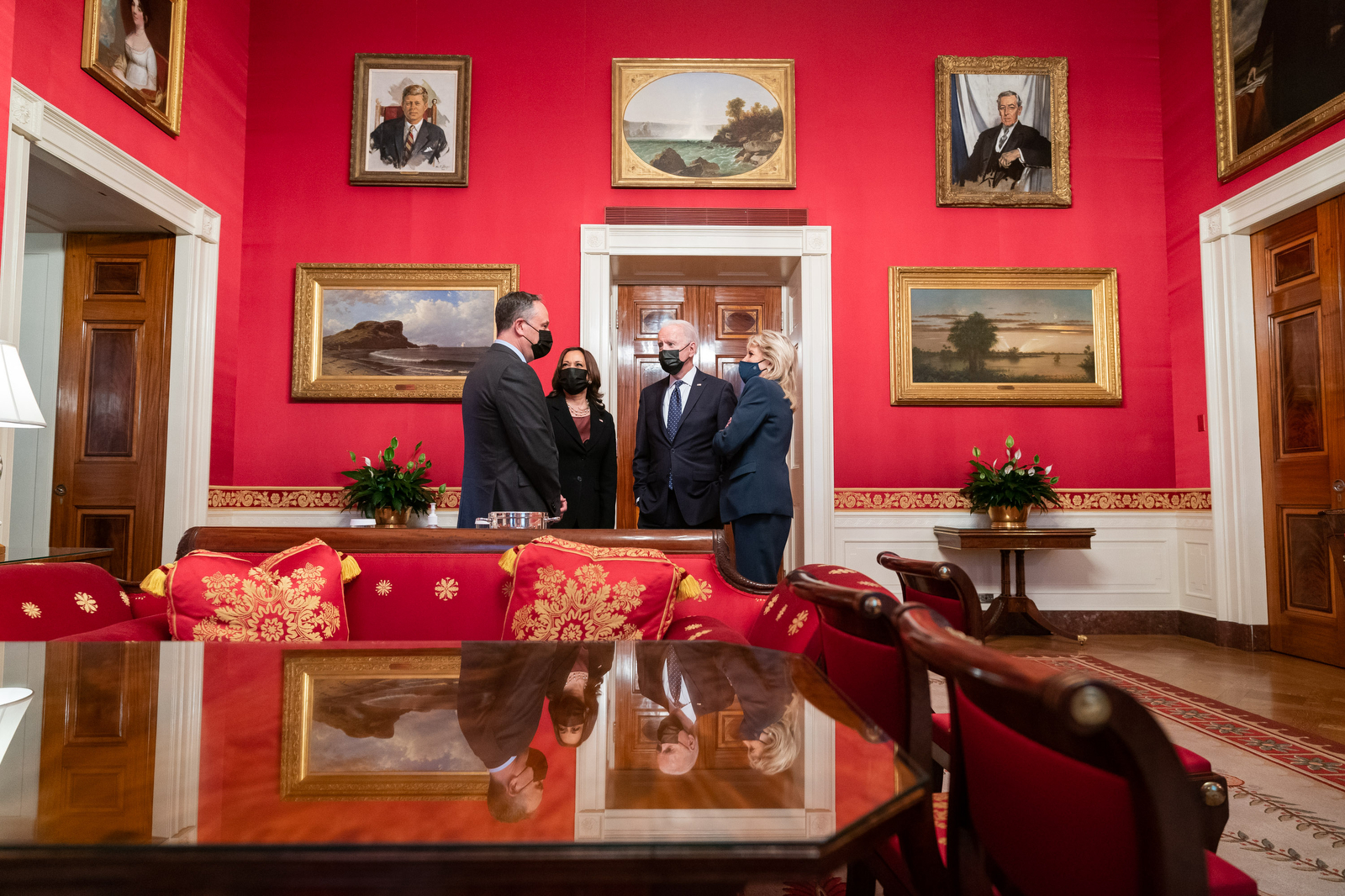 “Democratic and Republican staff in Congress are drafting language for possible police-overhaul legislation that would limit the transfer of some military equipment to local departments, ban police use of chokeholds except in life-threatening situations and set federal standards for so-called no-knock warrants,” the Wall Street Journal reports.

Ben Jacobs: “It may seem counterintuitive, but the debate over Puerto Rico’s status has become a primarily intra-Democratic fight, one that doesn’t fall along neat ideological lines and divides the four Democrats of Puerto Rican heritage within the caucus.”

“The debate isn’t just about politics. There are key questions of identity too. After all, Puerto Rico is a Spanish-speaking island with a national identity (including its own Olympic team). Its independence movement was suppressed in the late 1940s … This history weighs on advocates of independence, but they also use it to bolster their argument … But more than identity, the island is also in crisis.”

“The debate over coronavirus precautions and school reopening has fueled a surge of new candidates for school boards across the country,” Axios reports.

“What was traditionally a nonpartisan, hyper-local role is now at center of a swirling national political debate. Conservative and progressive parents have clashed over when and how to reopen classrooms — and it’s pushed some of them to run for office themselves.”

New York Times: Schools are open, but many families remain hesitant to return.

That is true here in Delaware. Remember to vote tomorrow, May 11 in your local school board elections.

“An unexpected slowdown in hiring nationwide has prompted some Republican governors to start slashing jobless benefits in their states, hoping that the loss of generous federal aid might force more people to try to return to work,” the Washington Post reports.

“The new GOP cuts chiefly target the extra $300 in weekly payments that millions of Americans have received for months in addition to their usual unemployment checks. Arkansas on Friday became the latest to announce plans to cancel the extra benefits, joining Montana and South Carolina earlier in the week, in a move that signals a new effort on the part of Republicans to try to combat what they see as a national worker shortage.”

“At the same time, GOP sources say that McConnell’s long-term future atop the Senate GOP may depend on what happens in the 2022 and 2024 elections and whether Trump, who is strongly considering another presidential campaign, expands his power in the party.”

Trump spokesman Jason Miller told the Washington Post that defeating Rep. Liz Cheney (R-WY) in her 2022 midterm primary is a top goal for the former president, The Hill reports.

Trump met with advisers in Florida recently to go over potential 2022 campaign endorsements, with the former president committed to backing a single candidate in order to not divide the vote among potential Cheney challengers.

“Despite warnings about the risks of superspreader events, the government allowed religious festivals to go ahead, drawing millions of people from around the country, along with huge political rallies—conspicuous for their lack of COVID-19 mitigation measures. Modi’s actions in attempting to stifle criticism and open discussion during the crisis are inexcusable.”

“Mitch McConnell has some personal animus toward Democrats that ought not be. We are one nation, under God, indivisible, with liberty and justice for all. Let’s operate like that. This Republican Party is losing its way on all fronts, and Mitch McConnell is contributing to that in a big way,”

Top Biden health adviser Anthony Fauci predicted that the country’s coronavirus situation will be dramatically different a year from now if larger proportions of the population are vaccinated, Politico reports.

Said Fauci: “I believe that we will be about as close to back to normal as we can, and there’s some conditions to that… We’ve got to make sure that we get the overwhelming proportion of the population vaccinated. When that happens, the virus doesn’t really have any place to go.”

New York Times: “Norwegian Cruise Line is threatening to keep its ships out of Florida ports after the state enacted legislation that prohibits businesses from requiring proof of vaccination against Covid-19 in exchange for services. The company will offer trips with limited capacity and require all guests and crew members to be vaccinated on bookings through at least the end of October.”

“The state attorney general’s office has expanded its investigation of sexual-harassment allegations against Gov. Andrew Cuomo to look at whether one of his top advisers linked access to Covid-19 vaccines to support for the governor,” the Wall Street Journal reports.

“Investigators have interviewed at least three Democratic county executives who said they were surprised to receive calls from Larry Schwartz, a volunteer adviser who oversaw vaccine distribution for the state, asking whether they would be calling for Mr. Cuomo’s resignation.”

“Scotland is headed for a protracted showdown with the U.K. government over the right to an independence referendum after leader Nicola Sturgeon’s nationalists scored a decisive election victory,” Bloomberg reports.

“The Scottish National Party won 64 of the 129 seats in the Scottish Parliament, one more than in 2016 and giving it a fourth term in power. The result left Sturgeon one seat short of a majority, though the pro-independence Green Party increased the number of its lawmakers to eight from six.”