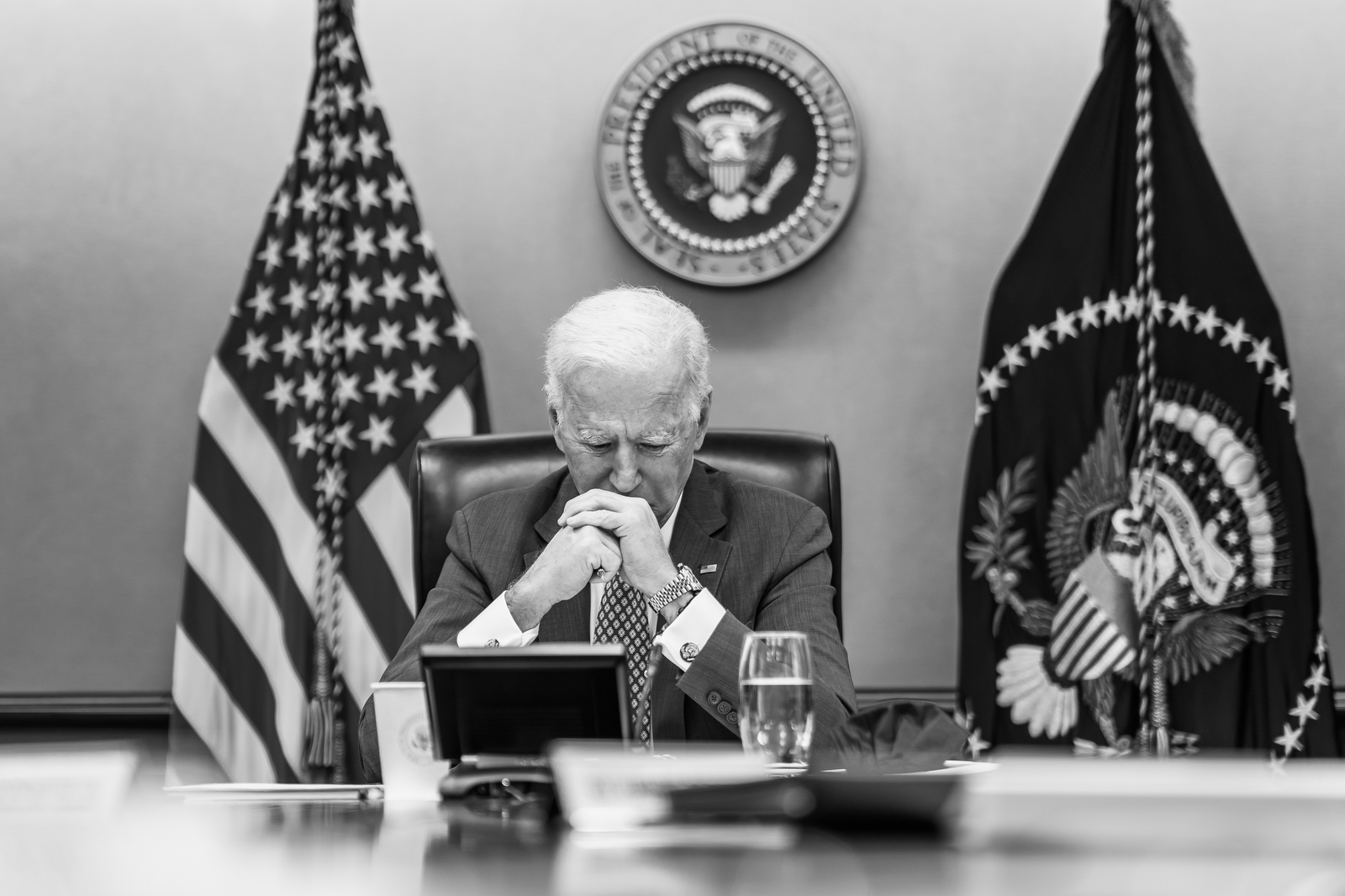 “The Trump Justice Department secretly obtained Washington Post journalists’ phone records and tried to obtain their email records over reporting they did in the early months of the Trump administration on Russia’s role in the 2016 election,” the Washington Post reports.

“It is rare for the Justice Department to use subpoenas to get records of reporters in leak investigations, and such moves must be approved by the attorney general.”

Playbook: “It is not surprising that the Trump administration obtained the phone records of reporters during a leak hunt last year. What is surprising is that the Biden Justice Department, in recent letters to the targeted journalists, appears to be defending the action.”

A new study estimates that the number of people who have died of COVID-19 in the U.S. is more than 900,000, a number 57% higher than official figures, NPR reports.

FEC WANTS TO BAN THE TRUMP PRECHECKED BOX.  The FEC voted unanimously to recommend that Congress bar political campaigns from guiding donors by default into recurring contributions through prechecked boxes, a month after a New York Times investigation showed that Donald Trump’s political operation had steered huge numbers of unwitting supporters into repeated donations through that tactic, the New York Times reports.

The FEC is often stymied by partisanship but this practice is so egregious the vote was unanimous.

National Review: “When the last Democratic president signed Obamacare, some red states resisted. They refused to expand their Medicaid programs — losing federal dollars in the process — to voice their displeasure and undermine a law they couldn’t stand.”

Axios: “A debate about whether generous unemployment cash is fueling a worker shortage is raging, with today’s disappointing jobs report caught in the middle.”

COLOMBIAN UNREST.  New York Times: “Colombians demonstrating over the past week against the poverty and inequality that have worsened the lives of millions since the Covid-19 pandemic began have been met with a powerful crackdown by their government, which has responded to the protests with the same militarized police force it often uses against rebel fighters and organized crime.”

“This explosion of frustration in Colombia, experts say, could presage unrest across Latin America, where several countries face a combustible mix of an unrelenting pandemic, growing hardship and plummeting government revenue.”

CALIFORNIA’S POPULATION DECLINED IN 2020. Politico: “California’s population declined in 2020 for the first time in the state’s recorded history due to Covid-19 deaths, federal immigration restrictions and declining births.”

“Though population growth has slowed dramatically in recent years, compounded by high costs of living and a housing shortage, this was the first time California experienced an actual annual drop since the state began recording such data in 1900.”

SHORT TERM STEFANIK. Rep. Elise Stefanik (R-NY), who’s poised to replace Rep. Liz Cheney as the No. 3 House Republican, has signaled to some of her colleagues that she plans to stay in leadership and as chair of the House GOP Conference for just this Congress, CNN reports.  She plans to pursue the top GOP job on the House Education and Labor Committee next Congress.

DESANTIS SUPPORT GROUP.  Playbook: “A ‘support group’ of former DeSantis staffers meets regularly to trade war stories about their hardship working for the governor. The turnover in his office and among his campaign advisers is well known among Republicans: In three of his five full years in Congress, he ranked in at least the 70th percentile in terms of highest turnover in a House office, according to data compiled by Legistorm. In the governor’s office, he has only two staffers who started with him when he was a junior member of Congress.”

“Within six months of taking office as governor in 2019, DeSantis fired five staffers. One was a 23-year-old scheduler who’d been with him since the beginning of his gubernatorial race. Shortly after she was sent packing, an unnamed member of DeSantis’ administration was quoted in a Florida blog trashing her performance. A month later, his deputy chief of staff left, prompting Florida reporters to press him about the rapid churn in his operation.”

“Another story relayed to us by five former staffers: At the beginning of his administration, DeSantis directed the Florida Republican Party leader to fire a party official who had cancer — on that person’s first week back from surgery.”

PELOSI DOESN’T WANT TO BE A LAME DUCK YET.  Washington Post: “House Speaker Nancy Pelosi (D-CA) is declining to say whether she will abide by an agreement she struck with a group of Democratic rebels three years ago to step down by the end of the 2022 cycle.”   Said Pelosi: “Well, let’s take it one step at a time. I myself had thought I was leaving in 2016, when Hillary Clinton would be the president of the United States. But I don’t have any intention of declaring myself a lame duck.”

NY AG SUES CONSERVATIVE CONMEN.  New York Attorney General Letitia James (D) is suing conservative operatives Jacob Wohl and Jack Burkman “over robocalls the pair allegedly made to suppress the Black vote ahead of the 2020 presidential election,” the Daily Beast reports.  “If successful, they will be on the hook for $2.75 million, in addition to the felony charges they face in other states.”

Said Warren: “Actions speak louder than words. And for 40 years, the driving principle of the Republican Party in Washington has been to help the rich and powerful get richer and more powerful. And that’s not an abstract proposition. They’ve done it over and over.”

NEWSMAX IN PERIL. Washington Post: “Newsmax’s visibility rose during the Trump era in no small part because Ruddy’s did. In numerous news stories that were often built on the accounts of unnamed Trump aides and allies, Ruddy was the rare associate willing to lend a colorful quote with his name attached. Through sheer ubiquity — and a strategically public presence at Trump’s clubs — he cultivated a brand name as a Trump ‘insider’ — though advisers to the former president maintain Ruddy was never as close to the man as he led people to believe.”

“Along the way, he presented an image of his small television operation as a David poised to overcome the Goliaths of cable news — and perhaps even join forces with the Trump family.”

“Yet Ruddy’s attempts to attach himself to Trump, and ingratiate himself with Trump’s base, have landed him in legal jeopardy. Far more so than Fox, Newsmax promoted Trump’s lie of a stolen election, and carried on with that message through and beyond Jan. 6, when a violent mob stormed the Capitol.”