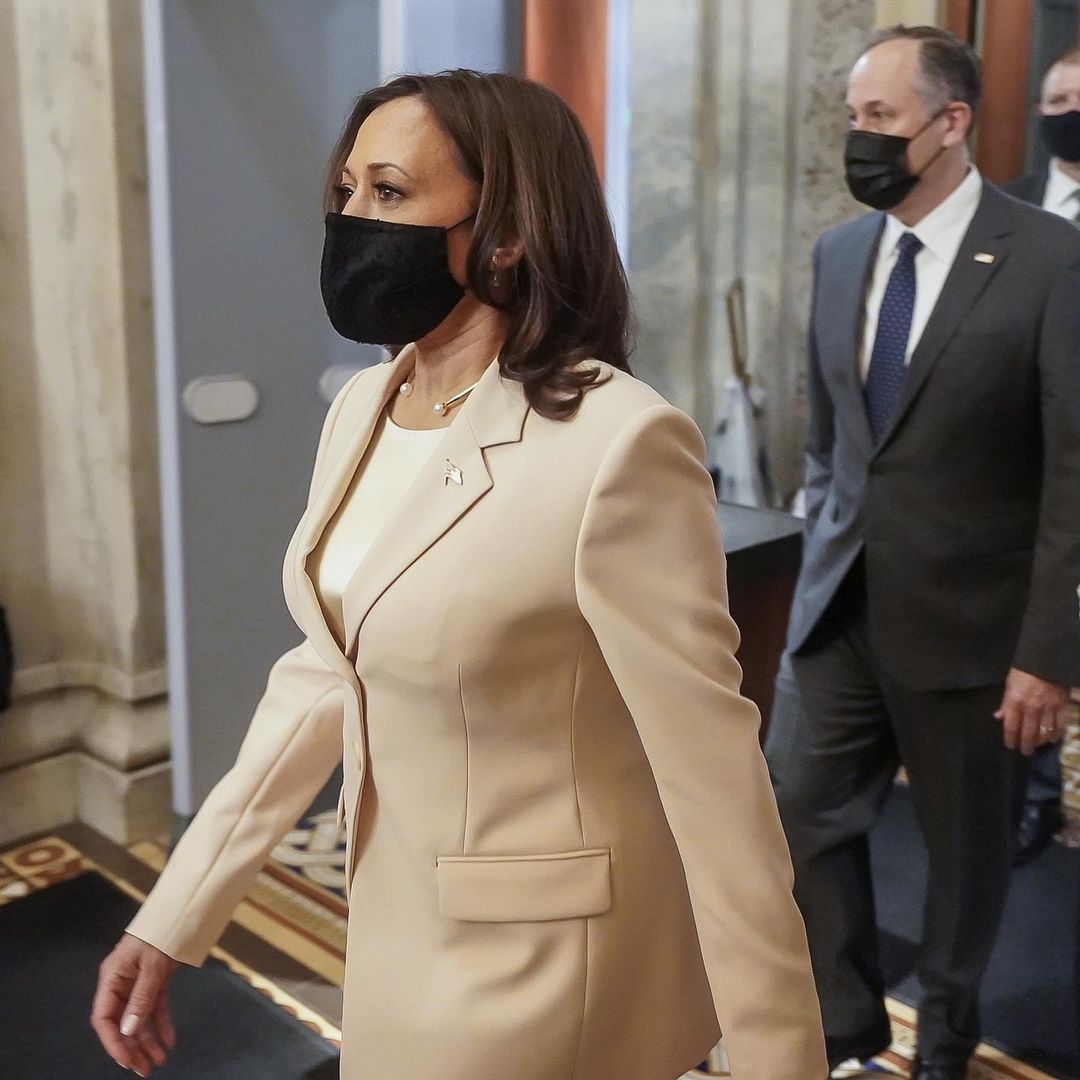 No other candidate cracked double digits, and 11% reported being undecided ahead of the June 22 primary.

“A member of the Arizona election audit team that has been heavily touted by former President Donald Trump revealed that its examination of the 2020 vote in Maricopa County will include a ‘forensic’ analysis of ballots to determine if the paper is made of bamboo—in order to determine whether or not China delivered tens of thousands of fraudulent ballots to tip the state to Joe Biden,” Slate reports.

“If that sounds much too crazy for an audit that was initiated by the Republican-led Arizona legislature and whose communications are being spearheaded by Republican former secretary of state, Ken Bennett, it very much is not.”

Vox: “It’s not at all clear what exposing the ballots to UV light is supposed to accomplish — a coalition of election experts wrote the Justice Department asking it to send observers to monitor this quizzical audit, and one of their concerns is that ‘ultraviolet light causes not only paper to deteriorate, but also leads to the deterioration of marks on paper ballots.’”

“Nevertheless, Trump reportedly talks ‘constantly’ about how these UV lights might reveal — something — that will undercut Biden’s victory.”

New York Times: “Data for Progress researchers have gotten used to being told to take a hike — and worse — by Trump supporters they try to poll, and the report detailed their difficulties in reaching that group. But perhaps most significantly, it also found that they were having trouble reaching a representative sample of Democrats, as well as Republicans — partly because liberals with strong political views were almost too willing to be polled.”

Rick Klein: “One way the Trump effect on the GOP can’t be measured? Candidates who aren’t running. Have talked to two pollsters in recent days who have similar stories of would-be Republican candidates seeing polling on Trump in their district/state and concluding they can’t win a primary.”

“Florida Gov. Ron DeSantis (R) signed a controversial bill that makes it harder to vote, in an event Thursday morning that excluded all media except for Fox News,” the Orlando Sentinel reports. DeSantis won the Florida governor’s race because he was popular on Fox News. He’s now running for the GOP presidential nomination in 2024.

“The decision by Facebook to keep former President Donald Trump off its platform could have significant consequences for his political operation as he tries to remain the leader of the Republican Party, thwarting his ability to amplify his message to tens of millions of followers and hampering his fund-raising ability,” the New York Times reports.

“Facebook has increasingly become one of the most vital weapons in a political campaign’s arsenal, with its ability to juice small-dollar online-fund-raising numbers into the millions, expand and acquire contact information, help build out data on a campaign’s voter file and provide the most sophisticated advertising platform available.”

“Few campaigns had tapped into Facebook’s potential for advertising and fund-raising as aggressively as Mr. Trump’s.”

“Sources close to Donald Trump believe he’s increasingly likely to run in 2024 — and that was even before the Facebook Oversight Board inflamed conservatives by upholding the ban on the former president,” Axios reports. “The decision gives Trump a juicy new target. But he needs Facebook for a run — both for its fundraising power, and for identifying and mobilizing supporters.”

It’s clear that Trump and his advisers view a Facebook or Twitter reinstatement as crucial to any political comeback.

Popular Information: “Donald Trump’s Facebook page is a symptom, not the cause, of the problem. Its algorithm favors low-quality, far-right content. Trump is just one of many beneficiaries.”

“NewsWhip is a social media analytics service which tracks which websites get the most engagement on Facebook. It just released its analysis for April and it shows low-quality right-wing aggregation sites dominate major news organizations.”

“Liz Cheney’s top financial supporters are standing by her despite a move by House Republicans to remove her as conference chair,” CNBC reports.

“Some even say they will withhold contributions to anyone who opposes Cheney. That signals a split in the wealthy Republican donor ranks between big-money financiers who continue to back former President Donald Trump and those more aligned with Cheney’s views that Joe Biden won the 2020 election fair and square.”

“Rep. Liz Cheney’s colleagues are set to boot her from House GOP leadership this month. Now Republicans back in her home state of Wyoming are plotting how to remove her from Congress entirely,” Politico reports.

“There is no shortage of Republicans eager to take on Cheney in a 2022 primary since her vote to impeach President Donald Trump and her subsequent criticism of him tanked her popularity in Wyoming. But the crowded field is also a risk for the anti-Cheney forces, making it more possible for her to win with a plurality.”

Playbook: “The all-but-certain decision by House Republicans to oust Conference Chair Liz Cheney (R-WY) looks like one of those historical hinge moments — a party solidifying around the idea of loyalty to a single person, one who is obsessed with repeating crackpot lies about election fraud, rather than to policy or ideas.”

Said Luntz: “I think the greater impact that — okay, I haven’t said this before. This could cost the Republicans, the majority in the House in 2022. What Donald Trump is saying is actually telling people it’s not worth it to vote. Donald Trump single-handedly may cause people not to vote. And he may be the greatest tool in the Democrats’ arsenal to keep control of the House and Senate in 2022.”

When asked if Trump could win the presidency in 2024: “If Donald Trump runs for president as a Republican, he’s the odds-on favorite to win the nomination. He could never win a general election, but I can’t imagine losing a Republican primary. That’s how significant he is within the GOP. And yet he’s lost all of those crossover voters that would deny him the chance to win in a general election.”

“The guy right across, he was packing up his hangar. And he says, ‘I’m moving to Sedona, Arizona. I can’t take it anymore. I can’t walk down the streets and see the homeless.’”  — Caitlyn Jenner, recounting a conversation with a fellow private plane owner on Fox News from her Malibu airplane hangar.

“In less than 24 hours, that comment has drawn more than 5 million views on Twitter and prompted a caustic string of rebukes, potshots and one-liners mocking the TV reality show star as out of touch. It raised the more serious question of whether — in one brief moment — the candidate disarmed one of the Republicans’ most effective caricatures of the wealthy Democratic governor as a tone-deaf leader who dined at the French Laundry during the pandemic.”

DeSantis announced the General Election to replace Hastings will take place on Jan. 11. Primaries will be held on Nov. 2 to decide the respective parties’ nominees.

“Virginia Republicans are gearing up for their party’s gubernatorial nominating convention on Saturday in a race that could signal how the party plans to navigate the post-Trump era,” The Hill reports.

“Unlike their Democratic counterpart, the GOP nominee will be chosen by a record 53,000 delegates on Saturday. Republicans say the sheer number of delegates slated to participate in the convention reflects energy among the commonwealth’s GOP grassroots.”

“Republicans characterized the bill, which would increase penalties for some voting irregularities, as a way to protect against voter fraud. Democrats said it would disenfranchise voters. It passed in an 81-64 party-line vote at 3 a.m.”

“A group of major companies and business organizations came out Tuesday against a Texas voting bill, after debating how aggressively they should be involved in state legislation,” the Wall Street Journal reports.

“Nearly 50 companies, including Microsoft, Unilever PLC, and American Airlines Group, signed a letter opposing ‘any changes that would restrict eligible voters’ access to the ballot’ in Texas, days ahead of an expected vote in the state legislature on a voting bill.

“In the civil war between Donald Trump and the GOP’s waning establishment, no Republican has crossed the former president and come out ahead. Yet as Rep. Liz Cheney’s likely ouster from House leadership lays bare, Trump has reserved a special fury for the scions of the GOP’s leading families in his attempt to exercise full dominion over the Republican Party,” Politico reports.

“Whether it’s the Cheneys, the Bushes or the lesser bloodlines — such as the Romneys or the Murkowskis — Trump has been relentless in his efforts to force them to bend the knee. Even CINDY MCCAIN, the widow of the late Sen. JOHN MCCAIN — who herself has never run for office — has been knocked down, censured by Trump allies who run the state Republican Party in Arizona. It’s the clearest sign that the modern Republican Party hasn’t just broken with its traditionalist past. It’s shredding every vestige of it.”

“In a stunning announcement Thursday night, Atlanta Mayor Keisha Lance Bottoms (D) told supporters that she will not run for reelection this year,” the Atlanta Journal Constitution reports.

“The move is a shocking reversal for Bottoms, a mayor with a rising national profile who had launched her reelection campaign and held a fundraising event featuring President Joe Biden. The decision creates a wide-open mayor’s race this year, and is likely to open the door for a slew of new candidates.”

“After a record 16 years in office, Cleveland Mayor Frank Jackson said it was time to call it quits,” the Cleveland Plain Dealer reports.

“The longest serving mayor in the city’s history announced Thursday that he would not seek an unprecedented fifth term, bringing an end to an era of governance in Cleveland that lasted the better part of two decades. It also officially sets off what has become a crowded primary field to succeed Jackson.”