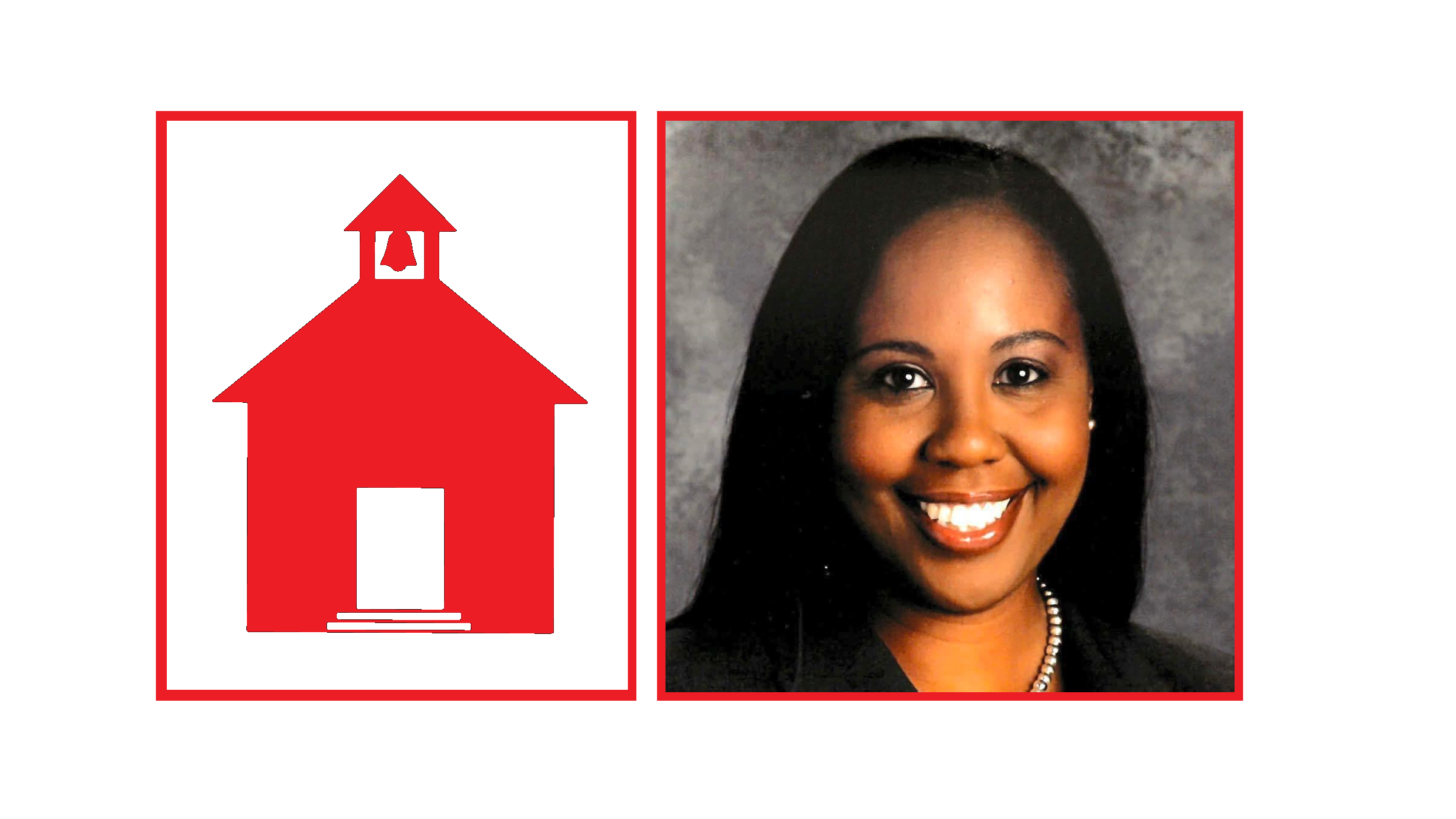 However, this year, there seems to be a great deal of attention on school board elections. In particular, in the Red Clay School District, a race for one seat being vacated by two-term incumbent Faith Newton has generated a fair amount of attention. There are three candidates vying for this District F seat, which represents the Pike Creek region of the Red Clay School District: Janyce Colmery, Kecia Nesmith, and Rafael Ochoa.

What should be a fairly routine election has turned into what can only be described as one reasonable candidate going up against one Trump-lite candidate and one very Trumpian candidate who seems to be dabbling in both misinformation-spreading and outright bigotry.

First, let’s talk about Blue Delaware’s preferred candidate. Kecia Nesmith is a mother of children who attend Red Clay schools. She is a 22-year educator, former Spanish teacher, and current administrator in Chester County, Pennsylvania. Her campaign is focusing on issues of ensuring equitable resources for students who need them most, with an emphasis on creating systems of community input to decide decision-making at the District level. She has received a number of strong endorsements from legislators like Rep. Kim Williams and Sen. Sarah McBride, both of whom live in and represent portions of Red Clay. Kecia has also been endorsed by the Red Clay Education Association, the local affiliate of DSEA. She appears to have the momentum, the qualifications, the experience, and the heart to serve on the Board and Blue Delaware recommends her enthusiastically.

In any election, it makes the most sense to focus solely on your preferred candidate’s assets. However, this year is different and we believe it’s critical to share with you some serious concerns related to Kecia’s two opponents.

First, let’s start with Rafael Ochoa. Ochoa is certainly the “less-harmful” of Kecia’s two opponents. What’s most concerning is that there seems to be little information about him. He hasn’t filed a 30-day campaign finance report even though he’s clearly winning the sign war throughout the District. Now, it’s true that in school board elections no reporting is required if a candidate raises or spends less than $2,000, but considering Mr. Ochoa continues to tout his experience on the District’s Community Financial Review Committee (CFRC), don’t you think he’d want to at least file a report in the interests of full transparency? He’s using his experience on the committee as a cudgel against his opponents in several candidate Zoom forums, who he claims aren’t as prepared as he because they don’t serve on any District-level committees. It should be pointed out that, according to the agendas and minutes from the last year of CFRC meetings, Ochoa doesn’t begin to make a presence on the committee until January 2021, shortly before he filed for election to the Board.

Another concern with Ochoa is that his Facebook campaign page shows a light amount of substance. What substance he does have is concerning. In the posts themselves and the comments section, Mr. Ochoa appears laser-focused on this idea that racism isn’t an issue in the District. Even more surprising, he seems obsessed with the belief that Critical Race Theory (CRT) is a danger to our schools and that it shouldn’t be taught to our students. When Ochoa isn’t busy deleting comments of those who are voicing disagreement with him, he’s busy “hearting” comments like this, which claim that white students in Red Clay are being taught “their [sic] bad because of the color of their skin.” Is this candidate for Red Clay School Board serious? Does he believe white students are being taught by Red Clay’s teachers that they are bad because of their skin color? The hearting of this absurd comment makes clear that Mr. Ochoa should not be considered a serious candidate for this seat.

Let it also be said that Ochoa appears to take issue with people who aren’t property owners in the District. Most of his posts and graphics on his Facebook page, as well as his comments in numerous public forums and PTA meetings broadcast via Zoom on Facebook continue to repeat this line that being a property owner makes one more qualified to be elected to the school board. I wonder if Mr. Ochoa would extend that logic to voting in school referenda? Does he believe renters should be allowed to vote? Instead of offering up actual ideas to help our schools, Mr. Ochoa appears interested in talking about issues that seek to limit the voices of marginalized communities in Red Clay.

Now, there may be some concerns with Mr. Ochoa, but nothing can prepare you for the outright craziness that is the campaign of Janyce Colmery. Like Mr. Ochoa, she hasn’t filed a campaign finance report, even though her signs are all over the place and she appears to have a very nicely organized canvassing game going throughout the District. While Janyce comes off really relatable and even sympathetic in every Zoom and PTA forum so far, voters would be advised to dig a little deeper on this candidate. And, to be honest, you don’t have to dig that deep because the concerns highlight themselves pretty quickly.

Where shall we begin? How about Google? A quick Google search comes up with a number of gems. First, a racist screenshot of hers from 2013 highlighted in a recent WDEL article. A little further down the search, Colmery is quoted in a News Journal article from last year raging against the steps taken to contain the COVID-19 pandemic in Delaware last year. But perhaps the most offensive and nutty commentary can be found on both her personal and campaign Facebook pages.

First, let’s highlight the homophobic Facebook post she made a little over a week ago. Before we do that, we should note that it’s not generally in Blue Delaware’s interest to involve candidates’ spouses or partners in these types of posts. However, considering WHO Ms. Colmery’s partner is and the belief that he’s playing an outsize role in her campaign, we believe readers should be made aware. Ms. Colmery’s partner is Chris Rowe, longtime Facebook hate peddler and former chair of the New Castle County GOP, who resigned his leadership role last year after troves of hateful postings were made available to the media. Many of Colmery’s posts on her campaign page certainly take on a tone similar to Rowe’s.

But back to her homophobia! In a post last week, she referred to current Board members Jose Matthews as the “wife” of teacher Mike Matthews. The post went viral last week when Mike Matthews shared it with his followers to illustrate how dangerous Colmery would be if elected to the Board. Calling a gay man’s husband his “wife” is a well-known slur in the gay community. In doing so, Colmery showed us exactly who she is at the height of this campaign season. And to degrade someone so vilely who, if elected, you would have to WORK WITH on behalf of kids, educators, and taxpayers of the district shows this candidate isn’t ready for primetime – or any time. See below an image of Colmery’s post.

So as not to repeat ourselves, we figured we would share this one image. And you get a 2-for-1 bonus in that Colmery has been explicitly endorsed by right-wing hatemonger and former US Senate candidate Lauren Witzke. If Colmery’s craziness wasn’t enough to invalidate her candidacy, then having the backing of a racist white supremacist like Witzke should seal the deal, although Witzke may want to learn how to spell her preferred candidate’s name correctly.

But don’t just stop there. Take a look around the rest of Colmery’s Facebook page. It’s littered with a number of bizarre, basically content-less posts and links to PragerU videos (a non-profit YouTube channel that peddles in right-wing lies and conspiracy theories), why teaching Black history amounts to racism against white people, and how possums are nature’s most efficient clean-up crew. Yes, that last one is really on her page.

And let’s not even mention that, like Mr. Ochoa, Ms. Colmery is a big fan of deleting and/or hiding comments on her page who ask her questions or respectfully critical of her extreme right-wing viewpoints. She even posted about this two weeks ago, saying her page isn’t for people to debate her. Because, as we all know, these right-wing Trump supporters live in a world rooted in conspiracy and not fact. And, any time they are presented with facts or asked to hold themselves accountable for spreading trash, they deem it an attack on them personally. Should a candidate willing to post something like this really serve on a school board?

Is Janyce Colmery really a serious candidate? Based on her posts and rants, no, she is not. But she is garnering a serious level of support from what few Trumpers we have in the Red Clay School District. However, turnout is SO low in school board elections that a few hundred aggrieved Trumpers could logistically win this thing for Colmery.

Which is why it’s critical every Blue Delaware reader in Red Clay turnout in this election and vote for Kecia Nesmith on May 11. But this isn’t enough. Every one of us needs to WORK for Kecia’s win. You need to call 20 of your friends and relatives in Red Clay and tell them to vote for Kecia. You need to knock on 10 of your neighbors’ doors and tell them to vote for Kecia. Leave no stone unturned. Polls are open from 7am-8pm at the following locations throughout the District. Turnout is usually low, so you will be in and out in less than two minutes. Red Clay’s students and educators can’t risk having two of these three candidates on their Board. They need Kecia Nesmith.