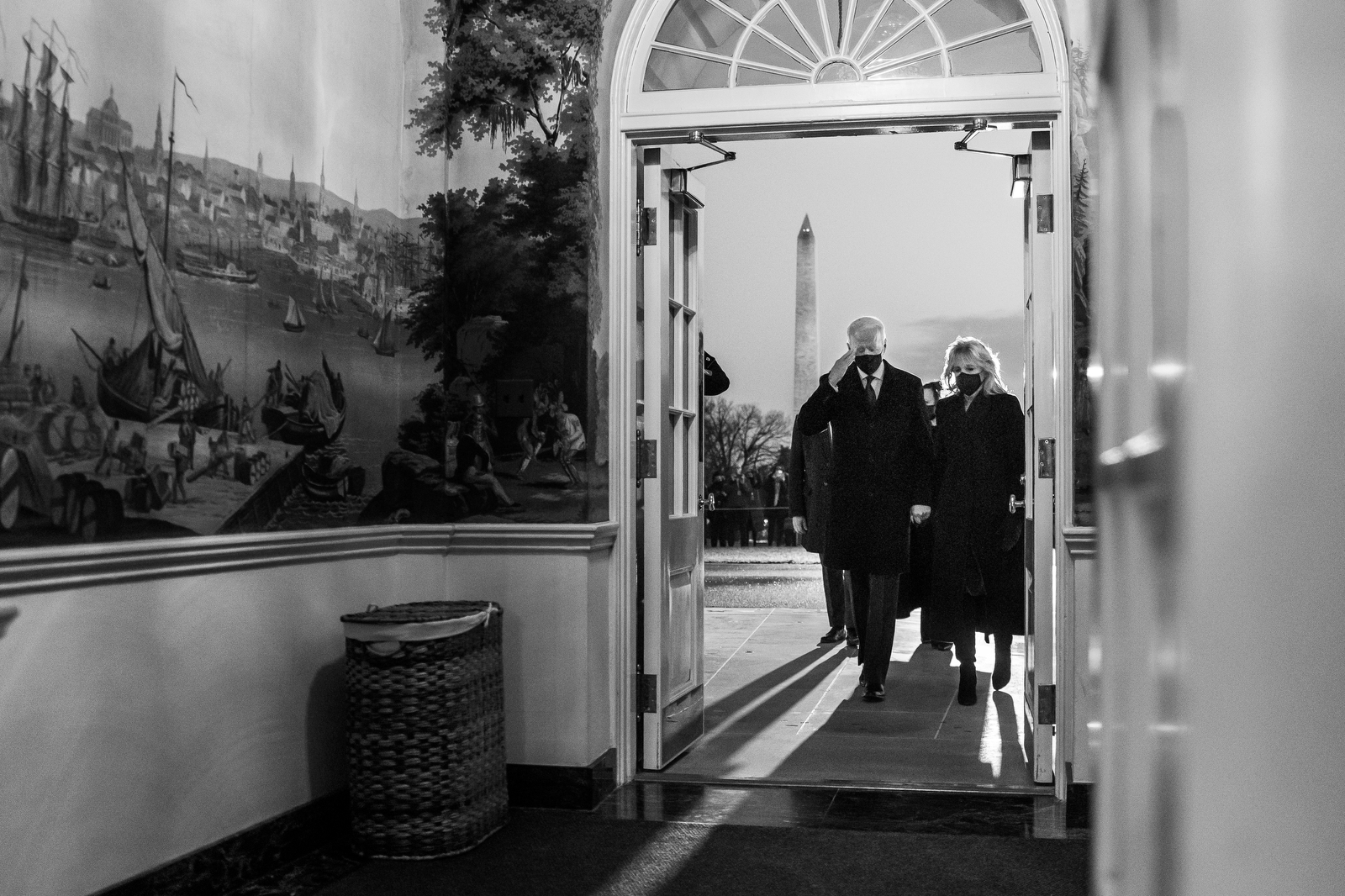 A new University of Texas/Texas Tribune poll finds that immigration and border security topped the legislative priorities list for 36% of voters, COVID-19, the energy system/grid, and the economy/jobs, together were the top priorities of 32%.

In February, COVID-19 was the top concern, with immigration and border security in second place.

A new Pew Research survey finds 68% of U.S. adults say that the federal government is doing a very (33%) or somewhat (35%) bad job of dealing with the increased number of people seeking asylum at the country’s southern border, while just 29% say it is doing a very or somewhat good job.

The most startling finding is that 51% of Republicans now say undocumented immigrants shouldn’t be allowed to stay in country legally, a 26-point overall shift in just four years.

This suggests Democratic momentum in the Sun Belt may be stalled if the Biden administration doesn’t find answers on the border.

“The haul suggests the Democrats’ stellar small-dollar numbers last year weren’t solely dependent on opposition to Trump, as many in the party feared. The average donation was $23.”

A committee spokesperson told Axios that “organic online contributions” skyrocketed by over 700% on the day of Biden’s speech to Congress last Wednesday from contributions given to the DNC the day before.

Perry Bacon Jr.: “At first glance, it might seem surprising that Trump gained among voters of color, since he often demonized Asian Americans, Black Americans and Latinos and invoked racist tropes.”

“But the data and research in the wake of the 2020 election suggests that many voters of color who backed Trump either already held GOP views on some racial issues or adopted those views to align with their decision to back Trump. So their views on racial issues are often closer to those of white Republicans than people of color who are Democrats.”

Inside Elections: “In 2017 and 2018, special elections were the talk of the political town. The race for Georgia’s 6th District, a traditionally Republican seat that Trump carried by just a point, attracted tens of millions of dollars in donor money and countless hours of news coverage. It also jump-started the career of an unknown Democrat named Jon Ossoff, now the youngest member of the U.S. Senate. But it wasn’t just Georgia. Specials in Pennsylvania, Montana, even Kansas and South Carolina were treated as major political events.”

“The contest to become the Republican candidate for governor is entering its final week, and the race remains just as unusual as when it started.”

FLORIDA — Washington Post: “Virtually every narrow Republican victor of the past generation — and there have been many, including two of the state’s current top officeholders, Gov. Ron DeSantis and Sen. Rick Scott — owes their victory, at least in part, to mail voting.”

“Now, some Florida Republicans are reacting with alarm after the GOP-dominated state legislature, with DeSantis’s support, passed a far-reaching bill Thursday night that puts new restrictions on the use of mail ballots.”

Said one Florida Republican consultant: “The main law that we pass when we pass election bills in Florida is the law of unintended consequences.”

Washington Post: “Local officials, too, are facing censure and threats — in states from Iowa to Michigan to Missouri — for publicly accepting the election results.”

“The issue also could reverberate through the 2022 midterms and the 2024 election, with Trump already slamming Republicans who did not resist the election results. For Republicans, fealty to the falsehood could pull the party further to the right during the primaries, providing challenges during the general election when wooing more moderate voters is crucial. And for Democrats, the continued existence of the claim threatens to undermine Biden’s agenda.”

Said one Trump backer: “I speak for many people in that Trump has never actually been wrong, and so we’ve learned to trust when he says something, that he’s not just going to spew something out there that’s wrong and not verified.”

New York Times: “Democrats hoping for some encouraging signs in Texas did not find any on Saturday in a special election to fill a vacant congressional seat. Instead, they found themselves locked out of a runoff that will now see two Republicans battle for the seat in northern Texas.”

“Democrats who needed a strong turnout to be competitive did not get one. They were hoping for signs of weakness in the Republican brand because of the state’s disastrous response to the brutal winter storm in February or any signs of weariness with Mr. Trump, but they did not see that, either.”

New York Times: “He is not as well known as wealthy liberal patrons like George Soros or Tom Steyer. His political activism is channeled through a daisy chain of opaque organizations that mask the ultimate recipients of his money. But the Swiss billionaire Hansjörg Wyss has quietly become one of the most important donors to left-leaning advocacy groups and an increasingly influential force among Democrats.”

“Newly obtained tax filings show that Mr. Wyss’s foundations donated $208 million from 2016 through early last year to three nonprofit funds that doled out money to a wide array of groups that backed progressive causes and helped Democrats in their efforts to win the White House and control of Congress last year.”

New York Times: “Hispanic Republicans, especially women, have become something of political rock stars in South Texas after voters in the Rio Grande.”

“Valley shocked leaders in both parties in November by swinging sharply toward the G.O.P. Here in McAllen, one of the region’s largest cities, Mr. Trump received nearly double the number of votes he did four years earlier; in the Rio Grande Valley over all, President Biden won by just 15 percentage points, a steep slide from Hillary Clinton’s 39-point margin in 2016.”

“That conservative surge — and the liberal decline — has buoyed the Republican Party’s hopes about its ability to draw Hispanic voters into what has long been an overwhelmingly white political coalition and to challenge Democrats in heavily Latino regions across the country.”

Former Vice President Mike Pence and several other potential 2024 presidential candidates are descending upon Texas next week to thank donors to the 2020 campaign here and to help raise money to flip the U.S House next year, the Texas Tribune reports.

Ramesh Ponnuru: “Republicans are more likely to drag Biden down by associating him with bad decisions than they are to discredit his decisions by besmirching him personally.”

“They can win, that is, but they may have to do it without a nickname.”