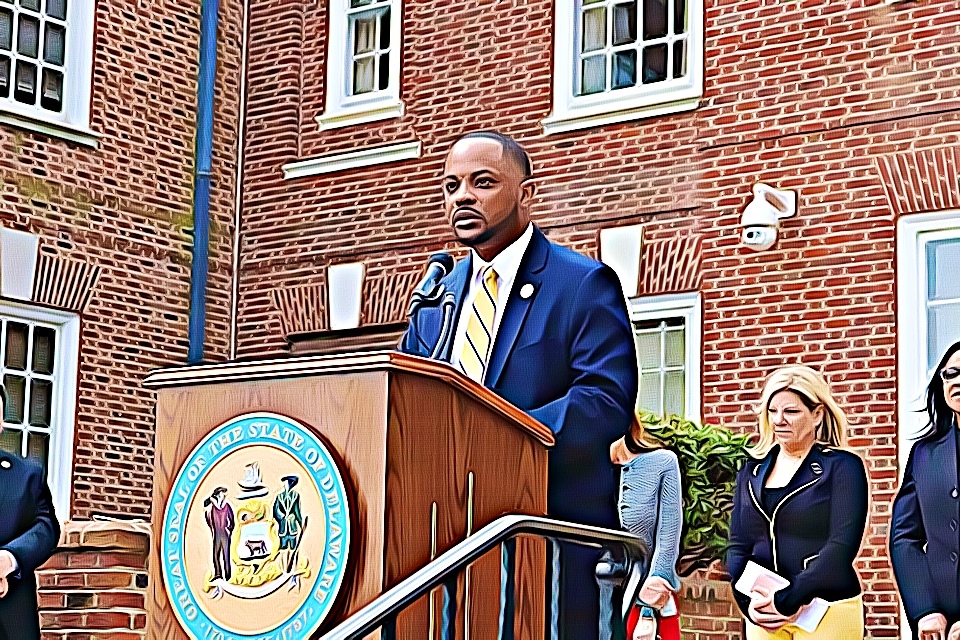 The State Senate on Thursday passed Senate Bill 111, a piece of restorative justice legislation that will significantly expand second-chance opportunities for Delawareans who have paid their debt to society.

Sponsored by Senator Darius Brown, the bill, also known as the Clean Slate Act, would automate Delaware’s existing criminal-record expungement process for thousands of adults and juveniles by eliminating the need for them to file a petition with the State Bureau of Identification (SBI).

“Delawareans with a criminal record for even the lowest level crimes face barriers to employment, housing and an education – a lasting punishment that can haunt them long after their sentence is complete,” said Senator Brown.

“We created a path to redemption for many of our formerly justice-involved neighbors two years ago, but only a fraction of people eligible for an expungement have obtained this important relief because the petition-based system currently in place can be expensive and time-consuming for the very people who need it the most,” he said. “The Clean Slate Act represents a major step forward in our advancement of restorative justice that will ensure these hurdles never again stand in the way of another Delawarean obtaining a second chance at life.”

Under the Adult Expungement Reform Act sponsored by Senator Brown in 2019, criminal records for certain isolated convictions must be expunged once a petition has been filed with the State Bureau of Identification. More complex cases can be expunged at the discretion of the courts.

Rather than require that the mandatory expungement process begin with a petition to SBI, the Clean Slate Act would direct the agency to identify and expunge eligible cases on a monthly basis, starting on Aug. 1, 2024.  Initial estimates indicate more than 290,000 adults would benefit immediately from the Clean Slate Act once it is fully implemented.

Research indicates Delaware’s economy also would benefit from the Clean Slate Act. A recent study by the Brennan Center for Justice found that communities forgo $5,760 in lost earnings and tax revenue per person each year when criminal records block individuals from employment. A 2020 study from the University of Michigan Law School found that people in that state who received expungements saw wages increase by more than 20% on average.

If every Delawarean who would benefit from the Clean Slate Act were to earn just $40,000 a year, the state could see about $500 million in income tax revenue – funds that could be used to further enhance improve education and skills training, expand access to health care and address other socioeconomic factors that contribute to crime.

“If passed, the Clean Slate Act would help ensure that tens of thousands of Delawareans who have turned their lives around but lack the money, time, or know-how to navigate the expungement process will not be denied a second chance,” Tom Horne, the Delaware Market Leader for JPMorgan Chase. “The benefits of Clean Slate are clear: lower crime rates, stronger families, taxpayer money saved as a result of reduced incarceration and less bureaucratic processes, a stronger economy that allows more qualified job seekers to participate and fewer people living in poverty.”

Senate Bill 38(S), which includes a number of technical revisions for the original Expungement Reform bill passed in 2019, passed the House on Thursday, and now heads to Gov. John Carney for his signature.

“People who commit crimes, even low-level offenses, often face judgement and stigma attached to criminal records, hindering their chances of success, and making it difficult for them to move past mistakes,” said Rep. Frank Cooke, House prime sponsor of SB 111. “A criminal record can be like having a life sentence, even after paying your debt. People deserve a second chance, and I’m committed to building a fairer criminal justice system that ensures people aren’t penalized beyond their sentence and can begin to rebuild their lives.”