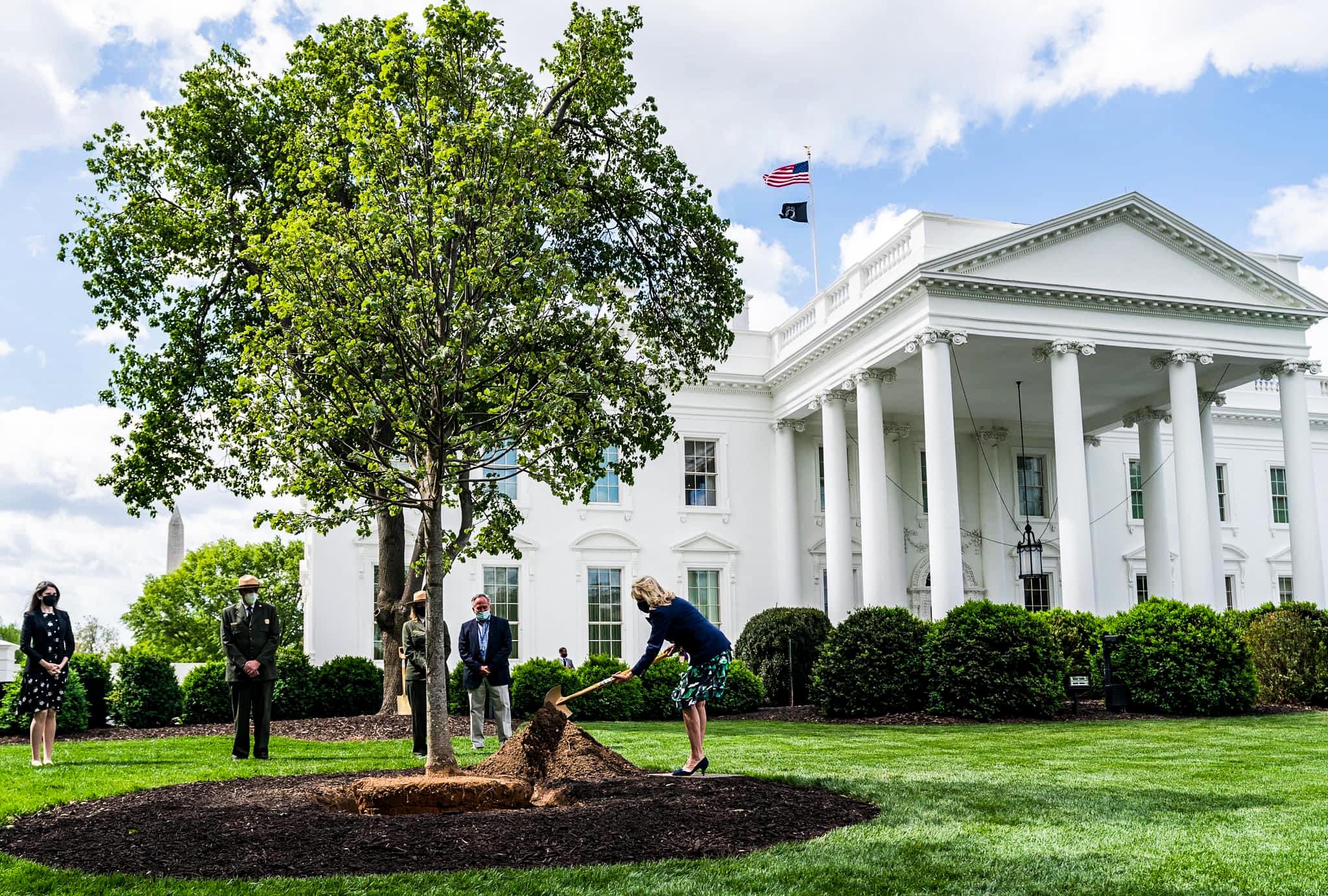 “Federal agencies are investigating at least two possible incidents on US soil, including one near the White House in November of last year, that appear similar to mysterious, invisible attacks that have led to debilitating symptoms for dozens of US personnel abroad,” CNN reports.

“Multiple sources familiar with the matter tell CNN that while the Pentagon and other agencies probing the matter have reached no clear conclusions on what happened, the fact that such an attack might have taken place so close to the White House is particularly alarming.”

“The Washington, D.C., police department said Monday that its computer network was breached, and a Russian-speaking ransomware syndicate claimed to have stolen sensitive data, including on informants, that it threatened to share with local criminal gangs unless police paid an unspecified ransom,” the AP reports.

“This shift toward insinuating Jews-as-communists arises from an intensive and successful branding of Democrats as socialists that has come to dominate Republican Hispanic political circles and messaging in South Florida.”

Don’t be surprised if the Russians are involved in this.

Bloomberg: “Behind the scenes, consumer groups such as Public Citizen and Better Markets are reminding administration officials that the never-finished pay constraints are mandatory under the Dodd-Frank Act. Democrats — upset that the rules languished when Donald Trump occupied the White House — are also exerting pressure, arguing that years after the 2008 financial crisis, banks’ compensation practices continue to incentivize dangerous behavior.”

“The pay strictures are among Dodd-Frank’s most controversial provisions, with watchdogs putting them off even during the Obama administration — a time when the government was eager to tighten Wall Street’s leash.”

New charges have been added in the kidnapping plot against Michigan Gov. Gretchen Whitmer (D), WTRC reports.  Prosecutors have added charges against three of the six plotters saying they conspired “to use a weapon of mass destruction in relation to the discussion of blowing up a bridge to delay police response.”

Garrett Graff: “The full story of how, and why, America’s top security officials decided to pull the trigger that night in May has never been told. This oral history—the story inside the West Wing and U.S. intelligence agencies as Neptune’s Spear coalesced over the fall of 2010 and spring of 2011—is based on extensive original interviews with nearly 30 key intelligence and national security leaders, White House staff, and presidential aides—including some who have never spoken publicly before, and roughly half of those pictured in Souza’s famous photograph.”

Rich Lowry: “In 2009, President Barack Obama created a spontaneous, hugely influential conservative grassroots movement on the basis of an $800 billion stimulus bill and a health care plan estimated to cost less than a trillion. In 2021, Biden is proposing to spend about $6 trillion in his first three big bills, and he can barely create more interest than the debate on wearing masks outdoors.”

“The conventional wisdom was that after the free-spending Trump years, Republicans would snap back to being deficit hawks when out of power. There’s been some of that, but the relatively muted reaction to Biden’s almost incomprehensible spending ambitions is testament to the fact that, no, Republicans simply aren’t as interested in fiscal issues anymore.”

“I disagree strongly with Joe Biden’s policies, but when the President reaches out to greet me in the chamber of the US House of Representatives, I will always respond in a civil, respectful and dignified way. We’re different political parties. We’re not sworn enemies. We’re Americans.” — Rep. Liz Cheney (R-WY), explaining her fist bump with Biden.

Sen. Tim Scott (R-SC), who is the only Black Republican in the U.S. Senate, revealed that he has been stopped by police seven times in the course of one year as an elected official, NPR reports.  Said Scott: “Was I speeding sometimes? Sure. But the vast majority of the time I was pulled over for driving a new car in the wrong neighborhood or something else just as trivial.”  He added: “I do not know many African-American men who do not have a very similar story to tell no matter their profession. No matter their income, no matter their disposition in life.”

Associated Press: “President Joe Biden intends to keep the watchdog overseeing the U.S. intelligence community, a longtime intelligence official who rose to the post after his predecessor was fired by President Donald Trump for his role in Trump’s first impeachment.”

“Biden on Tuesday announced that he intended to nominate Thomas Monheim for Senate confirmation as the permanent inspector general.”

Roll Call: “Senate Appropriations Chairman Patrick Leahy on Monday officially announced a return to earmarking, clearing the way for senators to request funding for home-state projects for the first time in a decade.”

Rep. Bruce Westerman (R-AR) hid on a toilet with a sword during the insurrection at the U.S. Capitol in January, the New York Times reports.  After being evacuated, Westerman and House Republican Leader Kevin McCarthy reportedly hid in McCarthy’s office. But when rioters began breaking into the building, McCarthy’s security detail had him leave Westerman behind.  For protection, Westerman said he “commandeered a Civil War sword from an office display, barricaded himself in Mr. McCarthy’s private bathroom and waited out the siege while crouched on the toilet.”

Vice: “If you don’t own guns or particularly care about guns, you probably had no idea that the United States is currently in the throes of the Great Ammunition Shortage of 2021.”

“But in the gun world, it’s all anyone can talk about.”

“Between March and September 2020, gun sales jumped by 91 percent compared to the same period the previous year. And the approximately 15.1 million new guns needed ammo. But there were manufacturing issues. International shipments of materials used in ammunition were delayed amid restrictions. Ammo and firearm manufacturers were required to temporarily halt operations in certain states where they weren’t deemed essential business.”

“Allegations that a Texas lobbyist drugged a legislative aide shook the state Capitol on Monday, leading to some lawmakers restricting access to their offices as both law enforcement and a major lobbying firm said they were investigating,” the AP reports.

Austin American-Statesman: “A forced kiss by a male colleague. A catcall by a state trooper assigned to guard the Capitol. Late-night texts. A work meeting hijacked by a male legislative staffer: You are my ideal woman, he told his female interlocutor.”

“The episodes illustrate what many women say is the biggest open secret at the Texas Capitol: That a culture of harassment persists despite repeated efforts to stamp it out.”