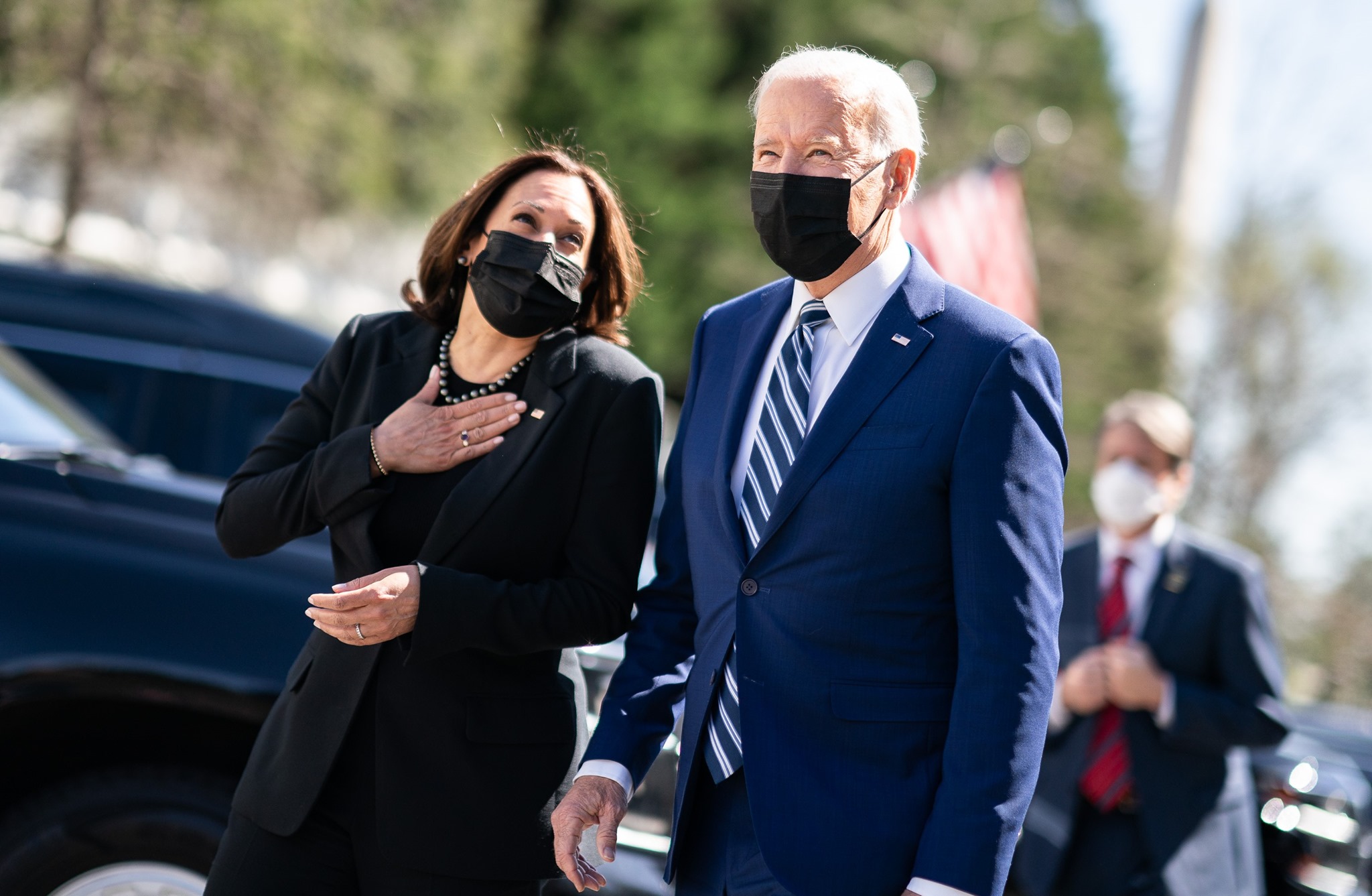 Associated Press: “For any new leader, a lingering pandemic that has killed more than a half-million citizens would be plenty for a first 100 days. But it has been far from the sole preoccupation for the now 78-year-old Biden.”

“The oldest person ever elected president is tugging the United States in many new directions at once, right down to its literal foundations — the concrete of its neglected bridges — as well as the racial inequities and partisan poisons tearing at the civil society. Add to that list: a call for dramatic action to combat climate change.”

“He’s doing it without the abrasive noise of the last president or the charisma of the last two. Biden’s spontaneity, once a hallmark and sometimes a headache, is rarely seen. Some say he is a leader for this time: more action, less talk and something for the history books.”

More than 5 million people have skipped their second shot of the COVID-19 vaccine, the New York Times reports.

“The reasons vary for why people are missing their second shots. In interviews, some said they feared the side effects, which can include flulike symptoms. Others said they felt that they were sufficiently protected with a single shot.”

I just got my second shot on Saturday, and yes, I am dealing with fatigue and aches on Sunday, but it goes away, and it is proof that the vaccine is working. Anyone refusing to get the second shot because they think they are sufficiently protected is an idiot, and anyone who is scare of being tired and sore for a day is a coward.

“Vice President Kamala Harris confirmed Sunday that she was the last person in the room before President Joe Biden made the decision to pull all U.S. troops out of Afghanistan,” Politico reports.

Harris said that Biden “is acutely aware that it may not be politically popular, or advantageous for him personally; it’s really something to see.”

She added: “I have seen him over and over again make decisions based exactly on what he believes is right.”

New York Times: “A suite of legislative responses, like requiring the release of presidential tax returns and barring presidents from channeling government money to their private businesses, is now hostage in the Senate to a more public fight over voting rights. And competing priorities of President Biden’s may ensure that the moment to fortify constitutional guardrails that Trump plowed through may already have passed.”

“Solid Republican opposition to S. 1’s voter access proposals threatens less debated elements in the measure, part of what was envisioned to be the most comprehensive ethics overhaul since Watergate.”

In many of the battles the Republican Party has fought during President Biden’s early days in office, there’s one person the GOP has largely ignored: Biden himself, NBC News reports.

Said a GOP Senate aide: “It’s not really a unified front against him. He sort of gets lost in the shuffle sometimes.”

Insider: “Staffers at all levels, from fellows to chiefs of staff and everyone in between, have struggled with burnout, several current and former employees told Insider. They described the line between their work and personal lives, already razor thin prior to the pandemic, being completely obliterated by remote work.”

Sen. Maggie Hassan (D-NH) is trying “to establish her independent bona fides as she faces a tough re-election battle in New Hampshire next year,” the Wall Street Journal reports.

“She has put daylight between herself and the Biden administration and signed on to high-profile bipartisan legislation while promoting the most popular aspects of Democrats’ agenda, like vaccine funds and stimulus checks. Hassan broke with the White House on its plan to end U.S. military involvement in Afghanistan, saying withdrawal shouldn’t be based on arbitrary deadlines.”

“And she was one of eight Democrats to vote against an amendment raising the hourly minimum wage to $15, a level sought by President Biden that passed in the House.”

“Marine Le Pen could defeat President Macron at next year’s elections if she capitalizes on contempt for him among left-wing voters, a leading think tank has suggested,” the Times of London reports.

“There is a growing consensus in the political world that a far-right victory is no longer unthinkable if the contest moves to a run-off between the pair, as it did in 2017.”

Atlanta Journal Constitution: “The packaging of Marjorie Taylor Greene as a successful businesswoman helped bring the political outsider into the Republican fold, as people in the 14th Congressional District brushed off criticism of Greene’s past support of QAnon and online posts that trafficked in right-wing conspiracies and advocated violence against Democrats.”

“Greene’s business record, however, is one of the least examined aspects of her life. An Atlanta Journal-Constitution review found that while the Trump acolyte touted her experience as a construction company executive running her family business, there’s little evidence of her involvement in the company’s operations.”

Susan Glasser: “It may well be what Boehner does not say, however, that best explains Trump’s enduring hold over his party. In an interview with Time magazine, Boehner admitted something that he did not in the book itself, which is that he voted for Trump in 2020, understanding full well that the President would never accept any election result that did not have him as the winner.”

“Boehner is hardly alone in this. Trump, after all, was not supported these past few years by only his most slavish sycophants. Many of Trump’s critics within the Republican Party voted for him, too, as did those, like Liz Cheney and Adam Kinzinger, who have emerged, post-January 6th, as leaders of a small but vocal new Republican congressional opposition to the former President. They did not repudiate him when it would have mattered, and that, in the end, is why he is gone but not at all forgotten. The Trump Administration is over; the Trump crisis is not.”

George Will: “Today, 53 percent of Americans live either in the 23 states that have abolished it or the three others where governors have imposed a moratorium on executions. Twelve states with death penalty laws have not executed anyone for at least a decade. And a majority of Americans oppose capital punishment for murder when prompted to consider the alternative of life in prison without the possibility of parole.”

“Capital punishment is ending because of a wholesome squeamishness that reflects (in Chief Justice Earl Warren’s words) society’s ‘evolving standards of decency.’ And because attempts to make it neither cruel nor unusual have made its implementation increasingly capricious, and hence morally absurd.”

The keynote speaker at a Minnesota county Republican Party’s event told members that George Floyd’s murder at the hands of police was “planned since 2016,” the Bemidji Pioneer reports.

He also said more than a hundred Democratic members of Congress deserve to be investigated for espionage for “working with foreign governments and the communist and Islamic movements.”

Said Kudlow: “Ok, got that? No burger on July 4. No steaks on the barbecue. I’m sure Middle America is just going to love that. Can you grill those Brussels sprouts? So get ready. You can throw back a plant-based beer with your grilled Brussels sprouts and wave your American flag. Call it July 4th Green.”

Of course, there’s nothing about eliminating meat in Biden’s climate plan. And beer has always been plant-based.