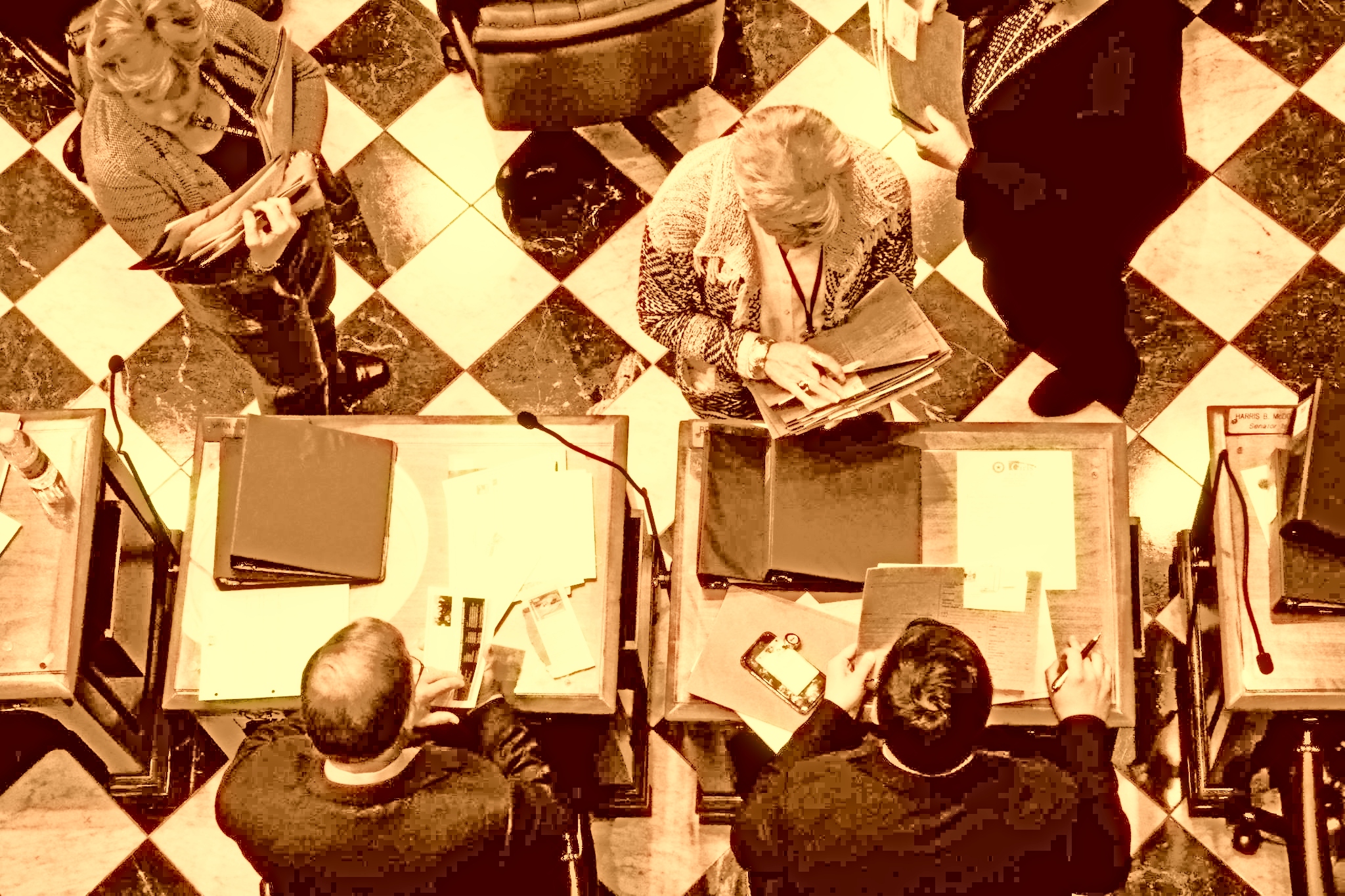 To start us off, here is the latest update to our Vote Tracker spreadsheet.

On the chart, we list all legislation that is of interest from a liberal or progressive policy perspective, from bills sponsored by Democrats that we support, to bill sponsored by Republicans that we oppose (or on rare occasions, support). We do not include every piece of legislation that has been filed this session, such as uncontroversial charter updates or license plate bills, or concurrent or joint resolutions unless they are particularly significant.

A link to the specific legislation is provided if you move your mouse over the Bill Number.   A link to the Blue Delaware post that covers the bill is provided on the far left.  Towards the end of the list, you will notice that a Blue Delaware link is not yet provided, but that will be filled in in the next week. In the second column on the right, we will provide the bill’s current status and whether or not it has passed a chamber of the General Assembly.    In the last column on the right, we indicate whether we support or oppose the legislation.  If the color is green, we support it.  If the color is red, we oppose it.  If the color is gray, we are neutral or unsure.


Meanwhile, later this week, the General Assembly will begin to return to in-person session, and not because Republicans have been crying like little whiny babies over it.

“As I have stated numerous times, the health and safety of fellow legislators, our staff and the public are my primary responsibilities. Remaining in virtual session has been critical to that goal,” said House Speaker Pete Schwartzkopf. “However, we are thankfully in a position where lawmakers and staff have been able to get vaccinated, which greatly reduces the risk to them and their families, and we can begin the process of resuming in-person session.

“Returning to session in person will give us the opportunity to discuss issues and interact with each other in a way that is both familiar and more productive for many members. However, it will require us to first ensure the safety of all those who would be present, and to plan for contingencies. The health and safety of all those involved is our top priority. This is a deliberate process that is being guided by the science and recommendations from experts.”

On April 29, the House will convene an in-person hybrid session day for floor votes and party caucuses. This is made possible because the vast majority of the Representatives and essential staff will have been fully vaccinated by that date.

More details will be forthcoming, but the session day will consist of Representatives participating via Zoom from their respective Legislative Hall offices. The building will remain closed to the public, except for elected officials and essential staff. Social distancing and mask-wearing guidelines must be followed.

Rep. Schwartzkopf noted that these plans have been in development by House staff and leadership for months, with House members notified more than a month ago that plans were being discussed for a return to in-person session. Details of this plan for an in-person hybrid session on April 29 was discussed with House Republican leadership on March 29.  Thus, Republican attempts to claim that they forced the Democrats back into in person session due to their complaints and lawsuits are, as with all things Republicans say and do, false.

“I want to be clear that this return to an in-person session has been discussed for months among staff and legislators and was not prompted by some outside pressure,” Rep. Schwartzkopf said. “In fact, this plan was vetted by the leaders of both caucuses last month, as will our ongoing efforts to conduct legislative business on the House floor.”

Future decisions about continuing or advancing in-person legislative session for the remainder of the year will be announced at a later date.

The House will have Committee Days on Tuesday and Wednesday. And they will reconvene for floor votes on Thursday, April 29, at 2 pm.

The Senate is scheduled to reconvene in virtual format on Tuesday, April 27, 2021, at 2 PM.

Members will discuss these proposals for inclusion in the Task Force’s formal list of recommended policy measures to be presented for further action by lawmakers, criminal justice agencies, law enforcement entities, and community advocacy groups.

The meeting starts at 10 am and can be streamed live at the links below.

Members of the public who wish to give comments during this meeting must register in advance at this link: http://bit.ly/LEATF429

This meeting will be streamed live on the General Assembly’s YouTube page: https://bit.ly/2QqZWgG