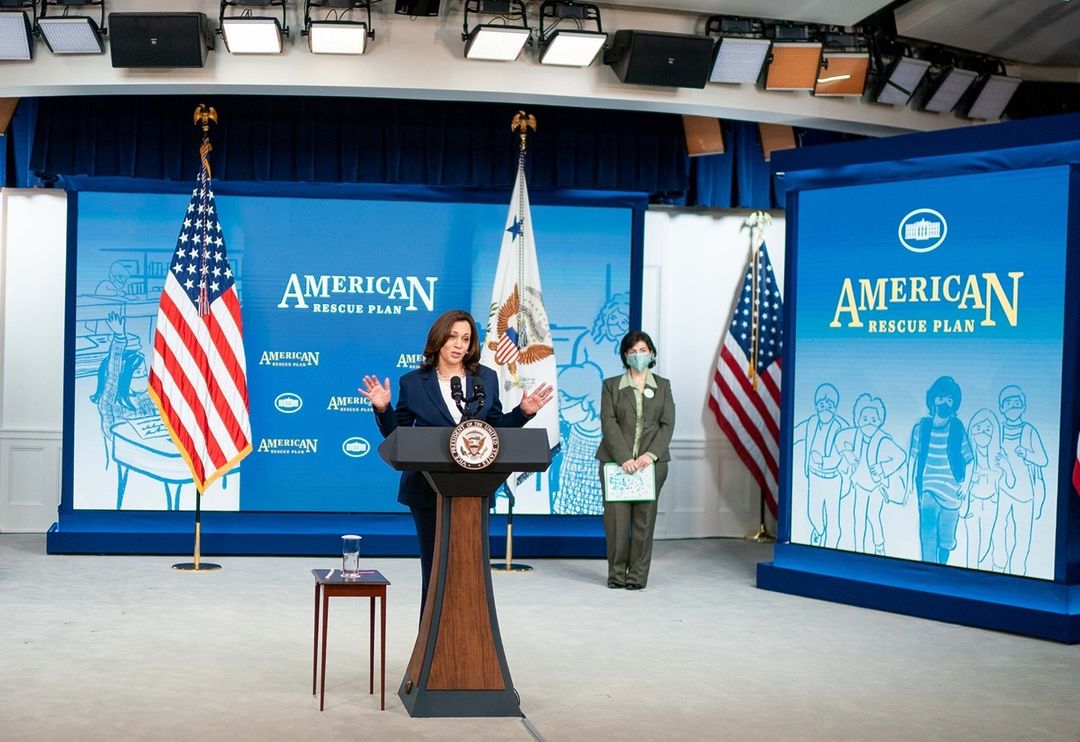 A new Washington Post-ABC News poll finds 52% of adults say they approve of the job President Biden is doing, compared with 42% who disapprove.

At this point in his presidency four years ago, Trump’s rating was nearly the reverse, with approval at 42% and disapproval at 53%.

Overall, 34% of Americans say they strongly approve of Biden’s performance, compared with 35% who strongly disapprove.

Biden is also set to unveil a large spending plan to expand access to healthcare and childcare as well as provide paid leave and college tuition support. This plan has 64% support while 34% are opposed.

A new ABC News-Washington Post poll finds just 22% of Americans not yet immunized against the coronavirus say they would be willing to get the vaccine made by Johnson & Johnson.

“By all accounts, Carter will be a reliable supporter of President Joe Biden and the Democratic agenda in Washington, and he will likely work well with the other seven members of the state’s congressional delegation — all Republicans — for Louisiana spending projects.”

Carter was endorsed by former Rep. Cedric Richmond (D-LA), who vacated the seat to join the Biden White House.

“According to multiple sources close to Crist, the Republican Governor-turned-Democratic Congressman has made a stream of calls to Florida leaders — local elected officials, donors, and activists — to gauge their support for another 2022 gubernatorial campaign.”

ARIZONA U.S. SENATOR — “Libertarian tech titan Peter Thiel is spending $10 million to boost one of his closest allies in next year’s Arizona Senate race, a contest crucial to the fight for the majority,” Politico reports.

“The billionaire is coming out in support of Blake Masters, the chief operating officer of Thiel Capital and the president of the Thiel Foundation, who is expected to soon enter the race.”

TEXAS 6TH CD — The progressive firm Data for Progress has released a survey of the May 1 all-party primary that shows Republican party activist Susan Wright, the wife of the late Rep. Ron Wright, in first with 22%.

2018 Democratic nominee Jana Lynne Sanchez leads Republican state Rep. Jake Ellzey by a small 16-13 margin in the contest for the second spot in an all-but-assured runoff, with a few other candidates from each party also in striking distance. Former Trump administration official Brian Harrison and Democrat Shawn Lassiter, who works as an education advocate, are both at 10%, while 2020 Democratic state House nominee Lydia Bean is at 9%.

The only other poll we’ve seen all month was a Meeting Street Research survey for the conservative blog the Washington Free Beacon from mid-April that showed a very tight four-way race. Those numbers had Sanchez and Wright at 16% and 15%, respectively, with Ellzey at 14% and Harrison taking 12%.

Data for Progress also polled a hypothetical runoff between Wright and Sanchez and found the Republican up 53-43. This seat, which includes part of Arlington and rural areas south of Dallas, supported Trump only 51-48 in 2020 after backing him 54-42 four years before, but Republicans have done better downballot.

MAINE 2ND CD — The Bangor Daily News takes a look at the potential Republican field to take on Rep. Jared Golden in this 52-45 Trump seat, a northern Maine constituency that is the reddest Democratic-held House district in America. So far, though, the only notable politician who appears to have publicly expressed interest is state Rep. Mike Perkins, who said Thursday he was forming an exploratory committee.

2020 nominee Dale Crafts, meanwhile, said he wasn’t ruling out a second try. Crafts, who is a former state representative, was decisively outraised by Golden last time, and major outside groups on both sides dramatically cut their ad buys in the final weeks of the race in what Politico characterized at the time as “a sign of no confidence” in the Republican. Golden ended up prevailing 53-47, which was far closer than what almost any publicly released poll showed.

State Sen. Lisa Keim and former state Rep. Alex Willette said they wouldn’t run, but the Bangor Daily News writes that former Rep. Bruce Poliquin, who lost this seat to Golden in 2018, did not respond to questions about his plans. Poliquin spent much of 2019 talking about seeking a rematch against Golden, but he ultimately announced that, while he was “itching to run again,” he had to skip that race to care for his elderly parents.

While Democrats control the governorship and both houses of the legislature, redistricting isn’t likely to alter Maine’s congressional boundaries all that much. The state requires two-thirds of each chamber to pass a new map, and there are more than enough Republicans to block any districts they view as unfavorable. If the legislature deadlocks, the state Supreme Court would take charge of redistricting.

IOWA U.S. SENATOR / GOVERNOR — Democratic state Auditor Rob Sand recently told Iowa Press that he was thinking about running for the Senate, governor, or for reelection in 2022, and that he didn’t have a timeline to decide. Sand won this post in 2018 by unseating a Republican incumbent 51-46 even as GOP Gov. Kim Reynolds was prevailing 50-48.

GEORGIA U.S. SENATOR / GOVERNOR — Former Rep. Doug Collins (R-GA), who lost to Sen. Kelly Loeffler (R-GA) in the 2020 Republican Senate primary, announced on Twitter that he won’t be a candidate for any office in 2022.

Ryan could have a relatively clear path to the Democratic nomination which will be a big help in a state that’s trended to Republicans.

“A brief weekend pause in the Arizona Senate’s election audit that a judge ordered on Friday won’t happen because the Arizona Democratic Party declined to put up a $1 million bond that the judge requested to cover any expenses that the Senate wrongfully incurs due to the halt,” the Arizona Mirror reports.

Arizona Republic: “Lawyers for Cyber Ninjas, the Florida-based company the Arizona Senate hired to lead a recount of Maricopa County’s 2.1 million general election ballots, are asking a judge to keep secret its procedures for the recount and shut out the public as well as the press from a hearing in which the documents might be discussed.”

Said Kelly: “This…is a solution to a problem that doesn’t exist. It is designed to disenfranchise Kansans, making it difficult for them to participate in the democratic process, not to stop voter fraud.”