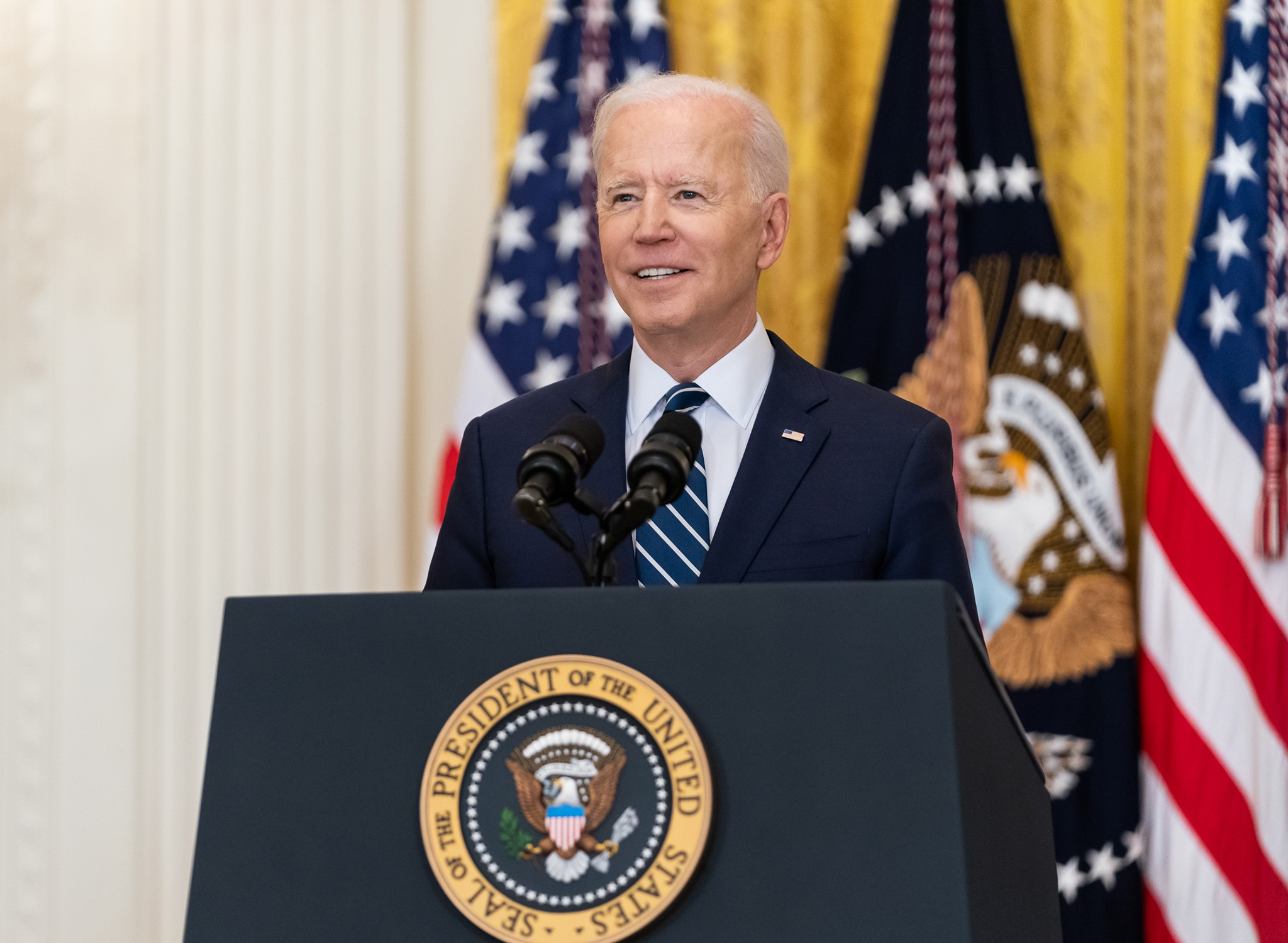 “The White House is preparing to unveil a roughly $1.8 trillion spending and tax plan this coming week that includes many of President Biden’s campaign promises but also reflects the daunting challenges facing the administration as it tries to transform the U.S. economy,” the Washington Post reports.

“The American Families Plan, set to be released ahead of the president’s joint address to Congress on Wednesday, calls for devoting hundreds of billions of dollars to national child care, prekindergarten, paid family leave and tuition-free community college, among other domestic priorities. It will be at least partially funded by about a half-dozen tax hikes on high-income Americans and investors, proposed changes that are already provoking fierce opposition in Congress and on Wall Street.”

“President Biden recognized the massacre of Armenians by the Ottoman Empire in 1915 as a genocide Saturday, a designation that U.S. presidents long avoided for fear of damaging the U.S.-Turkey relationship,” the Washington Post reports.

“The decision follows a lengthy lobbying campaign by members of Congress and Armenian American groups eager to see the White House use a term embraced by many scholars of early 20th century history.”

Wall Street Journal: “The Pentagon is sending B-52 bombers to the Mideast alongside an aircraft carrier as a signal to Taliban militants that the U.S. intends to ensure a peaceful withdrawal of American forces from Afghanistan.”

“The White House on Friday is expected to approve the temporary deployment of the carrier and as many as six B-52 bombers as a way to protect American and North Atlantic Treaty Organization forces as they leave Afghanistan starting in less than two weeks, the officials said. President Biden announced on April 14 that he was ending the American role in the 20-year-old conflict.”

Meanwhile, from Gallup: “The announcement of the proposed new defense budget and the pending withdrawal of all remaining troops from Afghanistan most likely will not have a major impact on the equanimity of the American public. Neither is a hot-button issue about which Americans are expressing deep concern, and available data do not show signs of significant opposition to either decision.”

“We’re getting out of Afghanistan. I happen to support that… I’ve always been one who felt that one sure way to doom a presidency is to commit the country to an endless conflict… A land war in Afghanistan, my goodness! You couldn’t pick a tougher place to go to fight a land war.” — Former Secretary of State James Baker, quoted by Politico.

The top U.S. general for the Middle East told Congress that Afghanistan’s military “will certainly collapse” without some continued American support once all U.S. troops are withdrawn, the AP reports.

Gen. Frank McKenzie also said he was very concerned about the Afghan government’s ability to protect the U.S. Embassy in Kabul.

A busy section of Donald Trump’s southern border wall — which cost $27 million a mile to build — is being foiled by inexpensive ladders, the Texas Monthly reports.

Alabama Gov. Kay Ivey (R) signed a controversial bill into law that bans transgender public school students from playing on sports teams for the gender that they identify as, AL.com reports.

Associated Press: “The pictures always make it look so presidential … but inside the Oval Office, lawmakers tell a different story, of a president so warm, so engaged, so animated — standing up, sitting down, calling on lawmakers by name, swapping stories about their hometowns — and so determined to make them get to work and get things done.”

“On their way out the door, they are offered a chocolate chip cookie, that most American of snacks, a to-go boost for the potential partnership between this White House and the Congress. … Digging deep into the roster of lawmakers, he is bringing in the subcommittee chairs handling infrastructure, the former small-town mayors with executive office know-how and those who, despite years on Capitol Hill, have never seen the inner sanctum of the Oval Office. … Sending them off with pockets full of cookies wrapped with the golden seal of the presidency doesn’t hurt, either, a little chocolate chip cookie diplomacy to carry back to the Hill.

“The Biden Administration and President Biden have definitely exceeded expectations that progressives had. A lot of us expected a much more conservative administration.”  — Rep. Alexandria Ocasio-Cortez (D-NY), quoted by the New York Post.

Politico: “Biden can’t control whether Congress will pass his green-themed $2.5 trillion infrastructure bill, or whether the Supreme Court will let him regulate carbon pollution. He can’t control whether other nations trust his climate commitments after four years of American backsliding.”

“All he can control is his executive branch — which he’s stacked with a who’s who of climate leaders — and he served notice to the world this week that he intends to transform his entire government into an emissions-cutting machine.”

“In Washington, saying you want to do something is always easier than doing it. But it still means something when a president says something on the global stage, and Biden could not have said with any more clarity in front of a more relevant audience that he wants to accelerate the transition to clean energy. Now he just has to try to do it.”

“A Pentagon panel is recommending that decisions to prosecute service members for sexual assault be made by independent authorities, not commanders, in what would be a major reversal of military practice and a change long sought by Congress members,” the Associated Press reports.

“House Majority Whip Jim Clyburn has been fined for violating the procedure of going through the metal detectors installed off the House floor, the first Democrat to receive such a fine,” CNN reports.

Associated Press: “The number of Americans applying for unemployment aid fell last week to 547,000, the lowest point since the pandemic struck and an encouraging sign that layoffs are slowing on the strength of an improving job market.”

Georgia Attorney General Chris Carr (R) has stepped down as chairman of a national group that advocates for Republican attorneys general, citing a “significant difference of opinion” in the organization’s direction following a robocall that urged people to march to the U.S. Capitol and “stop the steal” ahead of the deadly Jan. 6 insurrection, the Atlanta Journal Constitution reports.

Taiwan electronics manufacturer Foxconn is drastically scaling back a planned $10 billion factory in Wisconsin, confirming its retreat from a project that former President Donald Trump once called “the eighth wonder of the world,” CNBC reports.