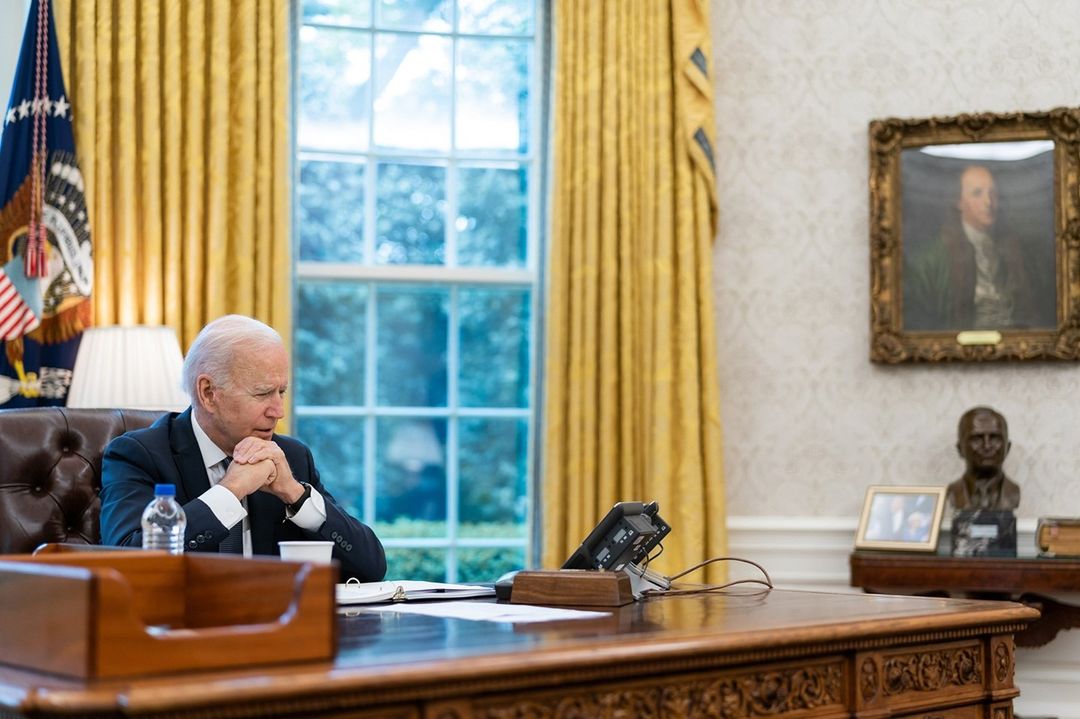 Rep. Marjorie Taylor Greene (R-GA) is scrapping the planned launch of her “America First” caucus after receiving blowback from leaders in her own party, despite confirming through a spokesperson on Friday that the caucus would launch, CNN reports.

The flier promoting the new caucus calls for a “common respect for uniquely Anglo-Saxon political traditions” and pushes a series of conspiracy theories about election integrity.

Exactly. The thing that most angers the right is that, at some point in the early 1990’s, the left won the culture war, and has controlled American culture ever since, even if they didn’t control the government.

New York Times: “The disparity in vaccination rates has so far mainly broken down along political lines. The New York Times examined survey and vaccine administration data for nearly every U.S. county and found that both willingness to receive a vaccine and actual vaccination rates to date were lower, on average, in counties where a majority of residents voted to re-elect former President Donald J. Trump in 2020. The phenomenon has left some places with a shortage of supply and others with a glut.”

“It’s almost paradoxical that on the one hand they want to be relieved of the restrictions, but on the other hand they don’t want to get vaccinated. It just almost doesn’t make any sense.” — Dr. Anthony Fauci, discussing vaccine hesitant Republicans on CNN.

Washington Post: “For some, the U.S. invasion created opportunities that would have been unimaginable just years before. But the same forces and the policy that guided them also ripped communities apart, led to thousands of civilian casualties, and ultimately left the Taliban a more formidable force than the group was before its overthrow.”

“A doctor for imprisoned Russian opposition leader Alexei Navalny, who is in the third week of a hunger strike, says his health is deteriorating rapidly and the 44-year-old Kremlin critic could be on the verge of death,” the AP reports.

The U.S. warned Russia of “consequences” if jailed opposition leader Alexey Navalny dies, deepening the conflict over the dissident who has already survived an alleged assassination attempt and is now engaged in the third week of a hunger strike, Bloomberg reports.

Wall Street Journal: “The U.S. and China, the world’s two biggest emitters of greenhouse gases, said they would work together to set more ambitious goals to tackle climate change, a rare statement of agreement at a time of heightened bilateral tensions.”

“Ukraine, Taiwan and Iran’s nuclear program always loomed large on the menu of potential crises President Biden could face. But over the last several days, the lights have been blinking red on all three fronts all at once.”

“The current Iran nuclear talks mark a defining moment for President Biden and the new, less-cozy relationship that is shaping up between Biden and Israel, its longtime leader and its American supporters,” the Washington Post reports.

“Biden campaigned on a pledge to return to the Iran deal, which was brokered by President Barack Obama over the fierce objections of Israeli Prime Minister Benjamin Netanyahu. But until the talks began this month, it was not clear how either leader would handle their differences of opinion, or what they portended for an alliance already in flux.”

“An attack on a key Iranian nuclear facility, widely attributed to Israel, has made the simmering disagreement suddenly acute.”

“That attack, an apparent act of sabotage ahead of the second round of talks that opened Thursday, did not derail the effort. But it may make the question of U.S.-Israeli ties more personal for Biden, since his prestige is tied up in the Iran talks.”

“A parliamentarian ruling touted as a breakthrough for the Democratic agenda is putting the Senate in uncharted territory and sparking confusion,” The Hill reports.

“More than a week after Parliamentarian Elizabeth MacDonough signaled that Democrats could have more than just two shots this year at using budget rules to bypass the 60-vote filibuster legislation normally must clear to become law, senators say they are largely in the dark about its ramifications.”

Jamelle Bouie: “Put another way, you can think of the New Deal as a third founding moment in the history of American democracy. And in the same way that we still struggle to live up to the ideals of political equality expressed in our first founding and those of racial equality expressed in our second, we have not yet realized the ideal of economic equality and opportunity put forth in the New Deal.”

“With the Louisiana Legislature entering the second week of its 2021 session, at least 68% of the legislators say they have been vaccinated against COVID-19,” according to a Advocate/Times-Picayune survey.

“The two most powerful lawmakers – House Speaker Clay Schexnayder (R) and Senate President Page Cortez (R) – refused to say whether they had been vaccinated. They joined a dozen other GOP lawmakers who wouldn’t answer the question, with some calling the survey an invasion of privacy.”

“This administration wants complete open borders, and you have to ask yourself why. Is it really they want to remake the demographics of America, to ensure their — that they stay in power forever? Is that what’s happening here?”