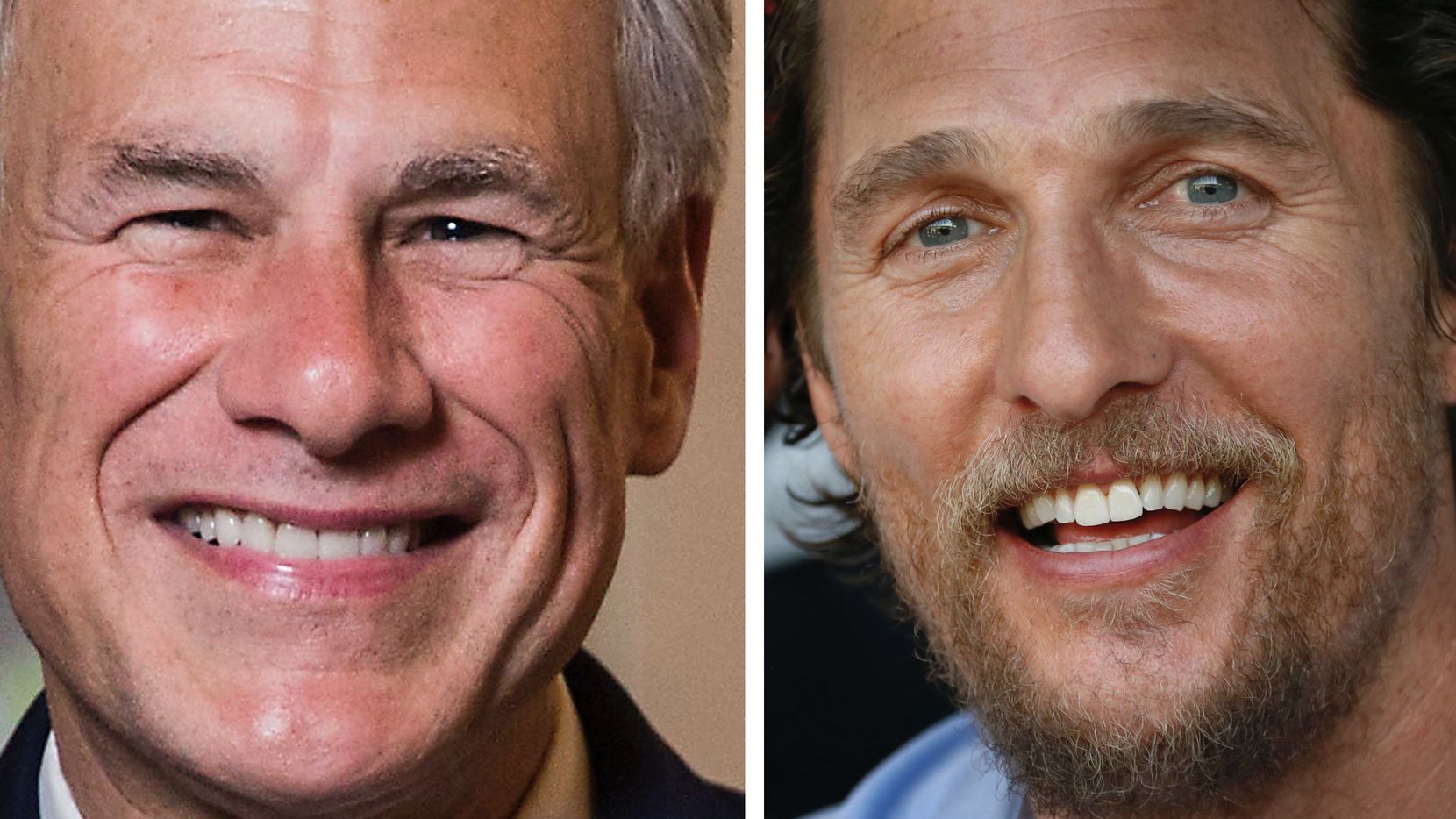 “However, the film actor and political newcomer could hit potholes in either major party’s primary if he enters next year’s governor’s race.”

“Months after the inauguration of President Biden, One America News Network, a right-wing cable news channel available in some 35 million households, has continued to broadcast segments questioning the validity of the 2020 presidential election,” the New York Times reports.

“That segment was one in a spate of similar reports from a channel that has become a kind of Trump TV for the post-Trump age, an outlet whose reporting has aligned with the former president’s grievances at a time when he is barred from major social media platforms.”

Washington Post: “Just months into his tenure, [U.S. Senator Rick Scott (R-FL)] has undertaken a rapid effort to reorient the party committee toward small-dollar digital fundraising, hired some of Trump’s top campaign operatives, made a controversial decision not to support favored candidates in key primaries, and placed himself at the center of much of the group’s communications — to the point that some GOP operatives have privately snickered that NRSC now stands for the ‘National Rick Scott Committee.’”

“McConnell firmly rebuked the former president following the Jan. 6 Capitol riot, prompting Trump to lash out on several occasions, including during a private speech this month to GOP donors. With the two most powerful men in the GOP at odds, Scott has taken steps to bridge the divide — including by lavishing Trump with the newfangled award.”

Ross Douthat: “[Florida Governor Ron DeSantis’] career has been a distillation of this Florida-Republican adaptability. Born in Jacksonville, he went from being a double-Ivy Leaguer (Yale and Harvard Law) to a Tea Party congressman to a zealous Trump defender who won the president’s endorsement for his gubernatorial campaign. A steady march rightward, it would seem — except that after winning an extremely narrow victory over Andrew Gillum in 2018, DeSantis then swung back to the center, with educational and environmental initiatives and African-American outreach that earned him 60 percent approval ratings in his first year in office.”

“Combine that moderate swing with the combative persona DeSantis has developed during the pandemic, and you can see a model for post-Trump Republicanism that might — might — be able to hold the party’s base while broadening the G.O.P.’s appeal. You can think of it as a series of careful two-steps. Raise teacher’s salaries while denouncing critical race theory and left-wing indoctrination. Spend money on conservation and climate change mitigation through a program that carefully doesn’t mention climate change itself. Choose a Latina running mate while backing E-Verify laws. Welcome conflict with the press, but try to make sure you’re on favorable ground.”

Los Angeles Times: “Three years after his underwhelming performance in the California governor’s race, former Los Angeles Mayor Antonio Villaraigosa is being talked about as a possible Democratic candidate in the likely recall election of Gov. Gavin Newsom.”

“Some political analysts argue that a well-known Democrat should appear on the ballot to blunt the chances of a Republican or fringe candidate winning. Others, including state Democratic leaders, urge a united front and are discouraging Democrats from running. Villaraigosa has criticized the recall. But he’s not publicly ruled out a run, prompting speculation about his plans.”

Washington Post: “Rep. Dan Crenshaw’s memoir and social critique, Fortitude: American Resilience in the Era of Outrage, soared to the top of the bestseller lists when it was published last year. The book helped raise the former Navy SEAL’s profile and burnished his credentials as a rising star among freshman congressmen.”

“As it happens, Crenshaw and his publisher, Hachette Book Group, got a little help from the Texas Republican’s friends. The National Republican Congressional Committee, which works to elect GOP candidates to Congress, spent nearly $400,000 on bulk purchases of the book. The organization acquired 25,500 copies through two online booksellers, enough to fuel ‘Fortitude’s’ ascent up the bestseller lists. The NRCC said it gave away copies as incentives to donors, raising $1.5 million in the process.”

“The NRCC wasn’t the only outfit providing a big-bucks boost to conservative authors. Four party-affiliated organizations, including the Republican National Committee, collectively spent more than $1 million during the past election cycle mass-purchasing books written by GOP candidates, elected officials and personalities.”

Washington Post: “Since Trump left office, McDaniel has taken a hands-on approach to staying in Trump’s good graces — meeting with him privately at Mar-a-Lago, having the RNC spend more than $100,000 to hold the donor event at his club and regularly conferring with him, even after the deadly Capitol riot on Jan. 6.”

“But as the Republican National Committee prepares to meet next week in Dallas for its first gathering since Trump left the White House, McDaniel is under increasing pressure from some of the committee’s members to show more independence from the former president — particularly after his Saturday Mar-a-Lago speech, in which he slashed Republicans and called Senate Minority Leader Mitch McConnell (R-KY) a ‘dumb son of a bitch.’”

Politico: “The four swing-state Senate Democrats likeliest to face the toughest reelection fights — Raphael Warnock of Georgia, Mark Kelly of Arizona, Maggie Hassan of New Hampshire and Catherine Cortez Masto of Nevada — each raised more than $2 million, posting higher totals than any incumbent senator two years ago. All four had over $4 million in the bank, a total only two senators had at this point in 2019.”

“Meanwhile, House Democrats quickly assuaged any fears that they would struggle to keep up fundraising with their main antagonist, Donald Trump, out of office. Over two dozen of the 45 House Democrats that Republicans plan to target in 2022 raised over $500,000. Four of them, including California Reps. Katie Porter and Josh Harder, raised over $1 million — an impressive amount for the first quarter of an off-year.”

“Republicans loyal to Donald Trump raised record sums of money in the first three months of this year, even as US corporations said they would pause or stop political giving in the wake of the January 6 siege on the US Capitol,” the Financial Times reports.

“The figures underscore the enduring enthusiasm of Trump’s supporter base and the Republican grassroots. It also highlights the increasing power of small-dollar donors at a time when corporations have withheld political spending over the US Capitol attacks, which interrupted the certification of Joe Biden’s electoral college victory and left five people dead.”

Politico: “It’s not just about voting rights; it’s that businesses and the Republican Party increasingly care about incompatible things.”

But then again… Wall Street Journal: “The U.S. Chamber of Commerce urged senators to oppose a sweeping Democratic-backed voting-overhaul bill, saying it would impose onerous restrictions on political advocacy by corporations and other associations.”

“Michigan Democrats have promised that any bills that attempt to place new restrictions on voting won’t get past Gov. Gretchen Whitmer,” NBC News reports.

“But the state’s GOP lawmakers, who enjoy majorities in both chambers but not enough to override a veto, have a unique option that could allow them to enact sweeping changes to elections in a critical presidential battleground without the governor’s support: a little-used quirk in the state’s ballot initiative process.”

Rep. Adam Kinzinger (R-IL), the most prominent Republican in Illinois, told the Chicago Sun Times that if Democrats carve up his congressional district in the pending remap, he would consider a statewide run for senator or governor in 2022.

Said Kinzinger: “My intention is to run again for the House. But you know, look, we’re coming up on redistricting, so if I end up without a district, of course that comes into play.”

Max Boot: “I’m no economic determinist, but if you want to understand how the right got the way it is, follow the money. The GOP highlights culture-war issues to shake down rank-and-file donors while cutting taxes to please wealthy donors. Republicans have won the presidential popular vote only once since 1988, but they can’t afford to broaden their appeal by embracing a more populist economic agenda or by toning down the divisive social messages because either move would jeopardize the flow of fundraising.”

“The right-wing money machine has become the tail wagging the Republican elephant.”

Of course they should. They were idiots to abandon it in the first place. CONTEST EVERY RACE.