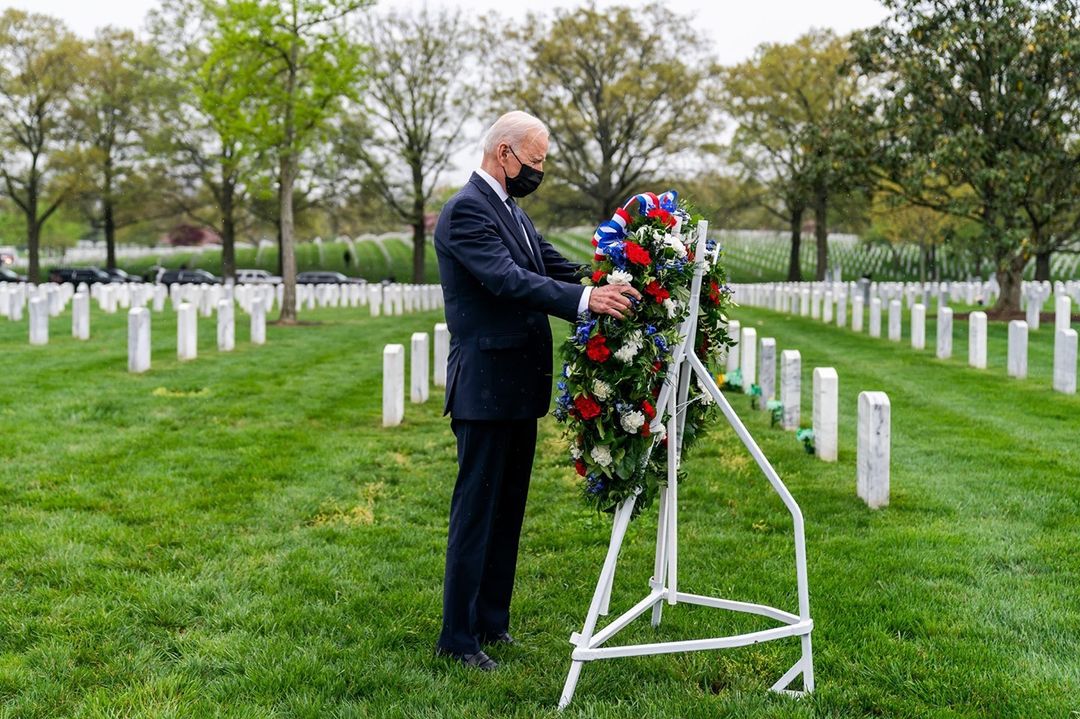 The Feds may have finally found a way to get Stone to talk.

“The officials did not disclose when or how the U.S. came into possession of the new intelligence about Kilimnik, including whether or not the information was developed during the Trump or Biden administrations.”

House Minority Leader Kevin McCarthy (R-CA) said that the Republican Party is not the party of “nativist dog whistles” in an apparent response to a new right-wing caucus that explicitly calls for promoting “Anglo-Saxon political traditions,” The Hill reports.

Politico: “The House GOP has so far confronted no large-scale blowback from Gosar’s speech to the America First Political Action Conference, or from other incidents that link a few of its members to far-right imagery or rhetoric.”

“But some fear that if the conference — which just ushered in a historically diverse freshman class — doesn’t stomp out those political brush fires now, there’s a risk they will spread and engulf the party. Democrats are already trying to make QAnon, the far-reaching conspiracy theory labeled as a domestic terrorism threat by the FBI, the face of the GOP ahead of the midterms.”

Noah Smith: “With nothing else left to hold onto — no economic program, no religion, no flag — is it any wonder that conservatives are looking for something new to unite around? And here comes the Great Replacement theory, offering one unified explanation of why conservatives are declining in cultural and political power. It’s all about Them. The newcomers. Resist the inflow of aliens, and perhaps the center-right nation you remember can be restored.”

“Matt Gaetz’s former girlfriend has told friends she’s worried that the woman who is key to the federal government’s sex-crimes investigation tried to get her to incriminate the Florida lawmaker on a recorded call,” Politico reports.

“The revelation raises the possibility that federal prosecutors have two top cooperating witnesses: the woman who was an alleged sex-trafficking victim when she was a minor and the Gaetz associate already indicted for that crime, former Seminole County Tax Collector Joel Greenberg.”

Washington Post: “The allegations against Beute, federal investigators concluded, had been fabricated by his incumbent opponent, Joel Greenberg, in a bid to smear him. But when authorities arrested Greenberg and sifted through his electronic records and devices — according to documents and people involved in the case — they discovered a medley of other alleged wrongdoing, leading them to open an investigation of possible sex trafficking involving a far more high-profile Florida Republican: Rep. Matt Gaetz.”

Politico: “Even as life slowly returns to normal on Capitol Hill amid the shrinking threat of Covid, strict safety protocols will remain in place for Biden’s April 28 joint address inside the House chamber. That means only 200 lawmakers, administration officials and staff will likely be allowed to attend the distanced and heavily sanitized event, a far cry from the typical crowds for a prime-time presidential speech.”

“Such tight limits mean Democrats are already jockeying to score one of the precious few seats. And a handful of lawmakers have already logged a request with party leaders, who have the unenviable task of divvying up the small passel of tickets for the president’s debut speech.”

One of the police officers who participated in the no-knock raid that resulted in Breonna Taylor’s death last year just got a book deal, the Louisville Courier Journal reports.

Daily Beast: “Right-wing provocateur James O’Keefe, best-known for his undercover ‘sting’ operations and deceptively edited videos, was permanently suspended from Twitter on Thursday for what the social-media site said were violations of its policy on manipulation and spam.”

Nicholas Burns, a career diplomat, is in the final stages of vetting to serve as President Biden’s ambassador to China, Axios reports.

“Those are the publishers of four of the five most popular Facebook posts of articles about the Johnson & Johnson COVID-19 vaccine this week. They’re ranked 2 to 5 in total interactions, according to data from the tracking tool CrowdTangle. The No. 1 posting, however, isn’t from a news organization. Or a government official. Or a public health expert.”

“The most popular link on Facebook about the Johnson & Johnson news was shared by a conspiracy theorist and self-described ‘news analyst & hip-hop artist’ named An0maly who thinks the pandemic is a cover for government control.”

China’s Vice Minister of Foreign Affairs Le Yucheng told AP that China is unlikely to pursue climate proposals beyond its current arsenal, calling it “not very realistic” for a country of 1.4 billion people.  Said Le: “Some countries are asking China to do more on climate change. I am afraid this is not very realistic.”

“Brazil’s Supreme Court has annulled all previous convictions against the former president Luiz Inacio Lula da Silva, clearing the path for the leftist to run for office next year,” the Times of London reports.

Former Gov. Chris Christie (R) told the Republican Study Committee the GOP has forgotten how to fight, RealClearPolitics reports. Said Christie: “Oh, it’s ‘poor old Joe’ now? You can’t call poor old Joe a liar? No. You can. And we need to.”

He added: “The American people understand fairness. Right? That’s it. They say, ‘Oh, you’re just being negative to the president.’ No. No, I’m not being negative to President Biden. I’m holding him to the same standard you all held President Trump to, and if it was fair then, it is sure as heck fair now.”

OK. What’s he lied about, Chris?

Rep. Steve Scalise (R-LA) held up a milk carton mocked up with a “missing” picture of Vice President Kamala Harris — nominally to criticize her for not fulfilling her role as a point person on the White House’s border response.

Where was Harris? She was leading an international roundtable on migration issues.