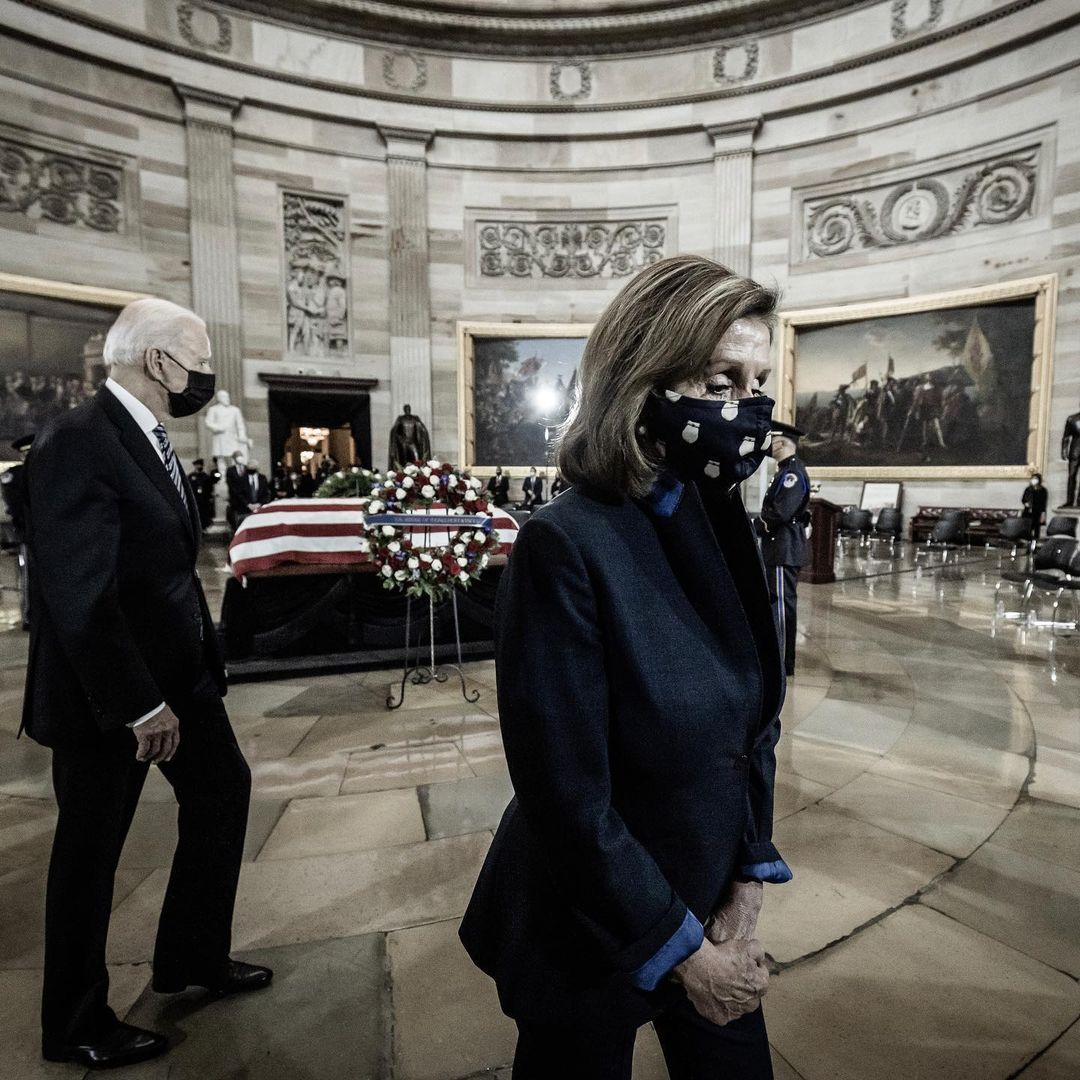 Earlier in the day on Friday, “the Biden administration [announced that it would] keep the target of refugee admissions for this year at the historically low level set by the Trump administration, walking back an earlier pledge to welcome more than 60,000 refugees into the United States,” the New York Times reports.

But, in a proof that the Biden Administration is particularly sensitive to progressive criticism, and “[a]fter blowback from allies, the White House says President Biden will move to lift Trump-era refugee caps next month,” on May 15, the Associated Press reports.

“The U.S. economic recovery is accelerating as stimulus money, Covid-19 vaccinations and business re-openings spur a spring surge in consumer spending, a sharp pullback in layoffs and a bounceback in factory output,” the Wall Street Journal reports.

“Retail sales—a measure of purchases at stores, at restaurants and online—jumped 9.8% in March, the Commerce Department reported Thursday. The gain in consumer spending—the biggest driver of economic activity—came as the government began distributing hundreds of billions of dollars of stimulus funds to households.”

NBC News: “More than a week after President Joe Biden announced a sprawling $2.25 trillion package that includes proposals addressing bridges to nurses, Republicans are struggling to begin putting together their own package — underscoring the titanic effort that will be needed to reach a bipartisan agreement.”

“The parties don’t even agree about what they’re negotiating… Republicans agree on one thing: They don’t like Biden’s proposal. But that’s about all.”

Aside from the 2017 tax cuts, it’s been more than a decade since Republicans had consensus on any policy proposal.

The U.S. has administered more than 202 million coronavirus vaccine doses since the start of its inoculation campaign, with nearly 4 million vaccinations reported on Friday alone, Axios reports.

Punchbowl News says it is “some of the most nakedly nativist stuff we’ve ever seen.”

They’re getting to closer to admitting what “America First” really means.

“A founding member of the Oath Keepers arrested in the Jan. 6 riot at the Capitol has agreed to plead guilty and cooperate against others in the case — the first defendant to potentially flip in the sprawling domestic terrorism investigation that has led to charges against more than 400 people,” the Washington Post reports.

Politico reports Jon Schaffer acknowledged in court that the deal requires him to “cooperate fully with the United States.”

This comes exactly 100 days since the insurrection at the Capitol.

Politico: “Republicans on the House Intelligence Committee used the panel’s first public hearing in five years on the United States’ most dire global threats to air a range of domestic grievances to intelligence and law enforcement leaders Thursday — from the prosecution of former Trump administration official Michael Flynn to the Steele dossier to antifa.”

It might be the most dysfunctional committee in Congress.

During a meeting of the House Coronavirus Crisis Subcommittee on Thursday, Chair Maxine Waters (D-CA) had to intervene in a shouting match between Rep. Jim Jordan (R-OH) and Dr. Anthony Fauci, the Daily Beast reports.

Jordan kept ranting after his time expired, prompting Waters to yell: “You need to respect the chair and shut your mouth!”

Sen. Ted Cruz (R-TX) “responded to fiery criticism from John Boehner with a tactic beloved of authoritarian regimes: threatening to burn his book,” The Guardian reports. “In an email to supporters, the Texas politician said he also might machine-gun or chainsaw the memoir, depending on how much his supporters paid for the privilege to watch.”

Cruz added that he would livestream the evisceration or incineration of the book.

“The Biden administration has asked the Supreme Court not to take up a lawsuit that calls the all-male military draft unconstitutional,” the Washington Post reports.

“The brief does not state whether President Biden believes women should be included, nor does it defend the current system that requires only men 18 to 26 to submit their information should a military draft be needed again.”

Vice News: “Legislators in at least five states have introduced a so-called Vaccine Bill of Rights. The text of these bills is strikingly similar for a reason: they’re all based on a document released in January by a group called America’s Frontline Doctors, a pseudo-medical collection of physicians and not-at-all-physicians devoted to spreading the worst possible information about COVID.”

Doubling down on his pro-gun rights credentials, Gov. Pete Ricketts (R) signed a symbolic proclamation designating Nebraska as a “Second Amendment Sanctuary State,” the Omaha World-Herald reports.  Such a resolution means “that a state, county or city will not enforce federal gun laws they consider to be too restrictive.”

Said Smith: “My NRA voting record, as a state senator years ago, was a triple A rating — the best you could get at the time. I understand both the politics and the importance of being vigilant regarding gun rights. But this is going way too far. I am not sure where we would be as a city without the partnerships we have with our US Attorney, the FBI, ATF, and DEA, but I do know it would be much worse than it is already.”

Associated Press: “A Republican-backed bill aimed at cracking down on protests by increasing penalties for blocking roadways and granting immunity to motorists who kill or injure rioters received final legislative approval on Wednesday.”

“The bill would make it misdemeanor punishable by up to a year in jail and a $5,000 fine for anyone who blocks the use of a public street. The measure would also grant a motorist criminal and civil immunity if they kill or injure someone while fleeing from a riot.”

“Former Secretary of State Mike Pompeo violated federal ethics rules governing the use of taxpayer-funded resources when he and his wife, Susan, asked State Department employees to carry out tasks for their personal benefit more than 100 times,” Politico reports.

“By digging through emails and other documents and interviewing staff members, investigators uncovered scores of instances in which Mike or Susan Pompeo asked State Department staffers to handle tasks of a personal nature, from booking salon appointments and private dinner reservations to picking up their dog and arranging tours for the Pompeos’ political allies.”

“Liberty University has sued Jerry Falwell Jr. for $10 million, exacerbating the messy divorce between the Christian university and its former president whose family name has been synonymous with the university since its founding,” the New York Times reports.

“The new suit, which alleges breach of contract and fiduciary duty, claims that Mr. Falwell withheld scandalous and potentially damaging information from Liberty’s board of trustees, while negotiating a generous new contract for himself in 2019 under false pretenses.”

“Mr. Falwell also failed to disclose and address ‘his personal impairment by alcohol,’ the suit alleges.”