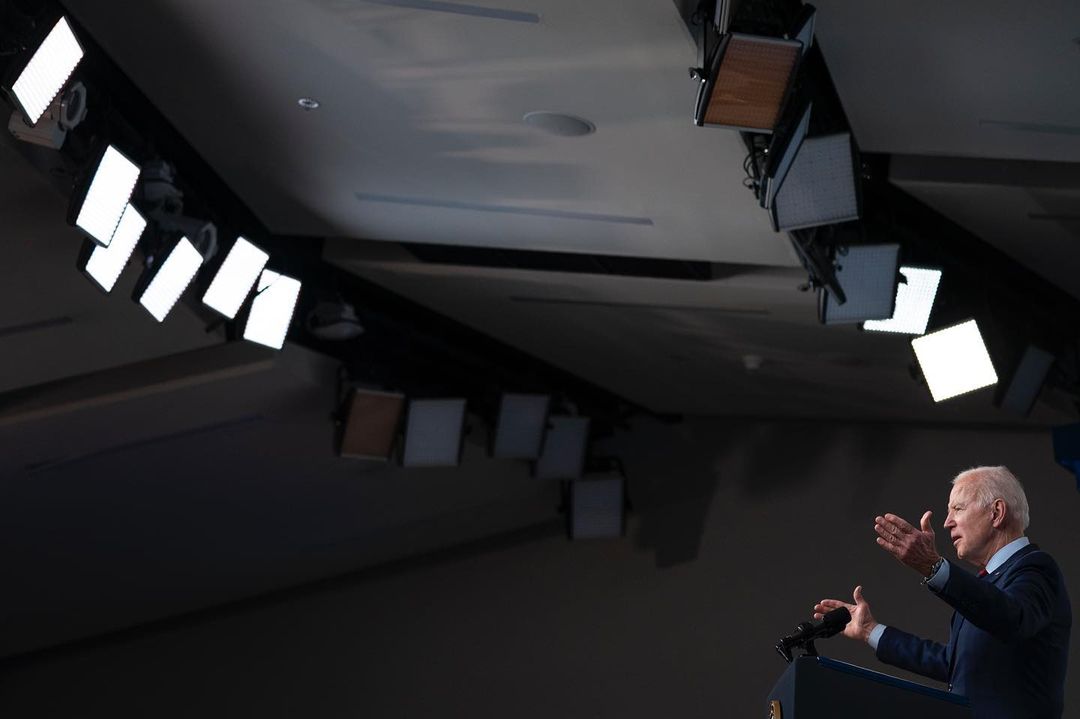 “Federal health agencies on Tuesday called for an immediate pause in use of Johnson & Johnson’s single-dose coronavirus vaccine after six recipients in the United States developed a rare disorder involving blood clots within about two weeks of vaccination,” the New York Times reports.

Josh Marshall: “There is a huge amount of criticism of the CDC and FDA bubbling up on social media about the decision to pause administration of the J&J Janssen vaccine. As I noted earlier, based on these preliminary and unconfirmed rates of risk it is virtually certain that discontinuing use of this vaccine would lead to many more deaths from COVID than any saved from the rare clotting disorder. But before you think the regulators are idiots who are down a rabbit hole of untethered risk aversion, a few points are worth mentioning.”

If you look at the statement from CDC and FDA the pause seems less like a preliminary step on the way to discontinuing usage as much as a pause to analyze the demographic profile of who is affected and prepare guidance for surveillance and treatment. The standard treatment for blood clots can be harmful with this condition.

One key source of public mistrust of regulators, state authority, health guidance is the belief that the real information is being hidden. There are many sources of vaccine hesitancy. But this is certainly one of them. So once you find a potential safety signal there’s no way around making it public and going through a process of analysis.

I’m seeing lots of people saying that this halt will only increase hesitancy. I share that concern. Perhaps a better approach would have been to issue this announcement but wait on issuing a call for a pause. I’m really not sure. Lots of people die every year from side effects and secondary effects of antibiotics. Birth control pills cause a small but non-trivial number of blood clots every year. My point is that trust is a key factor in vaccine hesitancy. Trust requires a system of transparency and disclosure.”

Bloomberg: “The Biden administration on Monday put Michigan’s Democratic governor on notice that her plea for more vaccines to be sent to the state isn’t going to happen, despite a surging Covid-19 outbreak there.”

Vox: “The US is nearing a tipping point of sorts on marijuana legalization: Almost half the country — about 43 percent of the population — now lives in a state where marijuana is legal to consume just for fun.”

“What’s less clear is how it’ll happen. Maybe it’ll be a slow, state-by-state battle before the federal government ends its own prohibition on cannabis, or maybe federal action will lead to a flurry of states legalizing. What has become clear is that legalization will eventually win, and the vast majority of states, if not all of them, will soon join the ranks of the legalizers.”

New York Times: “The operation raised the question of whether Israel was acting on its own to strike Iran and undermine American diplomacy as the Biden administration seeks to reconstitute a nuclear agreement. Or, alternatively, whether Israel was operating in concert with American interests, carrying out dirty work that would weaken Iran’s negotiating position in the talks.”

“The White House was saying almost nothing in public on Monday about the apparent explosion inside Iran’s Natanz facility, below more than 20 feet of reinforced concrete, which destroyed the power supply that keeps the centrifuges spinning at supersonic speeds, enriching uranium. … White House and State Department officials said they had no idea whether the Iranians would show up in Vienna again on Wednesday, when the talks were scheduled to resume.”

Said Trump: “With leaders like Mitch McConnell, they are helpless to fight.  He didn’t fight for the Presidency, and he won’t fight for the Court. If and when this happens, I hope the Justices remember the day they didn’t have courage to do what they should have done for America.”

“Though the Senate GOP is tantalizingly close to retaking the majority next year and largely united in opposition to President Joe Biden’s agenda, the ongoing feud between the former president and the Senate minority leader has decayed to an entirely untenable place. Trump’s insult-laden diatribe against McConnell this weekend signals that the GOP could splinter badly in primaries next year — and raises the question of whether McConnell and Trump can work together at all.”

Rep. Matt Gaetz’s (R-FL) “wingman” Joel Greenberg went so far as to push the congressman to use his influence with Donald Trump for a pardon as a federal indictment for sex trafficking neared, Politico reports.

“Asked about the request from Greenberg, Gaetz previously declined to confirm or deny that it occurred. But the congressman said he did not ask Trump to pardon Greenberg.”

Former President Trump lashed out at a report this week that Rep. Matt Gaetz (R-FL) was denied a meeting with him, The Hill reports. Said Trump in a statement: “Fake News CNN, relying on all anonymous sources, meaning they probably made the whole thing up, wrote a very dishonest story claiming Congressman Matt Gaetz asked for a meeting with me at Mar-a-Lago, in Palm Beach, Florida, and was denied. This is completely false.”

The Biden administration is vetting Ken Salazar, a former senator and Interior secretary, to serve as U.S. ambassador to Mexico, Axios reports.

“The Biden administration recently decided to keep the Trump-appointed US ambassador on the job in Moscow for the foreseeable future, demonstrating a willingness to nurture areas of stability in the US-Russia relationship after it got off to a tumultuous start,” CNN reports.  “John Sullivan has been on the job for almost a year and a half. He is viewed by administration officials as a steady hand as the administration ramps up the pressure on Russia for taking actions to undermine the US and democratic values broadly.”

President Joe Biden is expected to nominate Pentagon veteran Christine Wormuth to be the first female Army secretary, Politico reports. Biden’s sustained push for racial and gender diversity in his appointments could be his greatest legacy.

“President Biden will withdraw all American troops from Afghanistan over the coming months, people familiar with the plans said, completing the military exit by the 20th anniversary of the Sept. 11, 2001, attacks that first drew the United States into its longest war,” the Washington Post reports.The “forever war” finally has an end date.

Sen. Lindsey Graham (R-SC) slammed President Biden’s plans to fully withdraw all troops from Afghanistan, calling the decision “dumber than dirt and devilishy dangerous,” The Hill reports. He added: “President Biden will have, in essence, cancelled an insurance policy against another 9/11.” Of course, when his Dear Leader Trump announced his plan to remove all troops before the end of his Presidency, or at the latest by May 1, Lady G was silent.

New York Times: “The United States will increase its military presence in Germany by about 500 personnel to better defend Europe, Defense Secretary Lloyd J. Austin III said during a visit to the country on Tuesday.”

“The statement not only reverses the previous administration’s plans to withdraw up to 12,000 of the roughly 36,000 U.S. troops stationed in Germany. It also expands the U.S. footprint at a time when Europe is growing uneasy over Russian troop movements near the border with Ukraine.”

Biden also told Putin the U.S. would “act firmly in defense of its national interests” regarding Russian cyber intrusions and election interference.

The NCAA announced it will pull events from states that have passed anti-trans bills.  The organization says “only locations where hosts can commit to providing an environment that is safe, healthy and free of discrimination should be selected.”

Will Smith’s movie Emancipation is the first project to withdraw its production from Georgia over the state’s new restrictive election laws, Newsweek reports.

“Senate Republicans are weighing whether to mount the first official filibuster of the new Congress — a move that would re-ignite debate over whether the minority has too much power to block most bills,” Politico reports.

“The legislation in question, a modest anti-Asian American hate crimes bill, is also forcing Republicans to confront their diminished standing in a Washington where they no longer set the political agenda.”

“The next few months may give Democrats the opportunity to walk the walk after campaigning extensively on health care for years, and to plug some of the glaring holes in the system that were exposed by the pandemic.”

The officer who fatally shot a Black motorist Sunday, and the police chief who said the shooting was accidental, have both resigned from their jobs in a suburb north of Minneapolis.

Kim Potter, the police officer who shot 20-year-old Daunte Wright after threatening to tase him during a traffic stop, said in a brief resignation statement to Brooklyn Center, Minneapolis officials that “I believe it is in the best interest of the community, the department, and my fellow officers if I resign immediately.”

Potter had been with the Brooklyn Center Police Department for 26 years, according to a statement from the Minnesota Department of Public Safety Bureau of Criminal Apprehension (BCA) identifying her. The BCA is leading the investigation into Wright’s death.

Wall Street Journal: “A year after the pandemic burst onto the U.S. economy, 8.4 million fewer Americans hold jobs. There are many reasons, but one of the most important and least appreciated is the one that keeps Ms. McLaurin at home: fear. A U.S. Census survey conducted in the second half of March found that about 4.2 million adults aren’t working because they are afraid of getting or spreading the coronavirus.”

“The large number helps explain why some companies say labor is scarce even though the unemployment rate is 6%. It suggests that even with generous fiscal and monetary stimulus, the U.S. labor market might not fully heal until the virus is tamed.”

Associated Press: “The Biden White House is amplifying the push for its $2.3 trillion infrastructure package with the release of state-by-state breakdowns that show the dire shape of roads, bridges, the power grid and housing affordability.”

“The figures in the state summaries paint a decidedly bleak outlook for the world’s largest economy after years of repairs being deferred and delayed.”

Josh Kraushaar: “For a lesson in the perils of trying to play both sides of the aisle in a polarized Washington, look no further than the U.S. Chamber of Commerce’s unenviable position in the early months of the Biden administration.”

“The Chamber now finds itself in political purgatory—alienated from many Republican lawmakers it once considered close allies, while not winning much of a hearing from the new Democratic administration and Congress on its pet priorities.”

Meanwhile, the Business Roundtable group will run ads against any tax increases in the infrastructure plan. Bloomberg: “The group’s radio and digital advertisements, airing within the Washington D.C. market, will extol the benefits of the U.S.’s current tax regime and contend that the Biden administration shouldn’t attempt to raise corporate tax rates during an economic downturn.”

“In the coming weeks, the group will run ads in 19 markets across 13 states.”