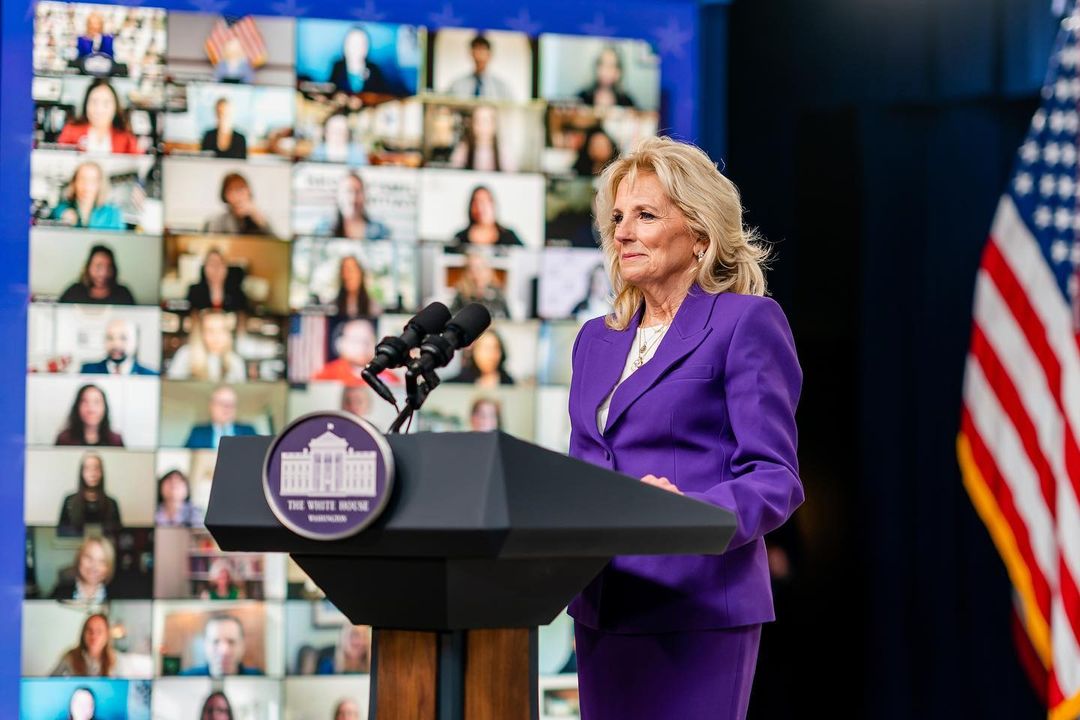 “Pelosi’s office is pushing the White House to make permanent a temporary expansion of Affordable Care Act subsidies that were included in the $1.9 trillion stimulus legislation last month, according to a senior Democratic aide who spoke on the condition of anonymity to describe internal conversations.”

“Sanders said in an interview that he is arguing for lowering the age of Medicare eligibility to 55 or 60 and expanding the program for seniors so it covers dental, vision and hearing care.”

Senate Republicans have sent around a memo calling President Biden’s infrastructure package a “slush fund,” ahead of a bipartisan meeting at the White House on Monday, The Hill reports.

“Members of Congress have begun a frenzy of lobbying to ensure that their pet projects and policy priorities are included in President Biden’s $2 trillion infrastructure and jobs plan, eager to shape what could be one of the most substantial public works investments in a generation,” the New York Times reports.

“Invites the question: Is he really in charge?”  — Sen. John Cornyn (R-TX) on Twitter, commenting on President Biden’s lack of appearances on cable news.

Rep. Matt Gaetz (R-FL), who’s facing a federal investigation into sex trafficking allegations, was recently denied a meeting with Donald Trump at his Mar-a-Lago estate as the ex-President and his allies continue to distance themselves from the Florida congressman, CNN reports.

“As the mother of daughters, the charges certainly are sickening. And as the speaker noted, there is an ethics investigation underway. There are also criminal investigations underway. And I’m not going to comment further on that publicly right now.” — Rep. Liz Cheney (R-WY), talking about the sex trafficking allegations against Rep. Matt Gaetz (R-FL) on Face the Nation.

John Harris: “Representative democracy, it turns out, means representation for everyone. That includes whizzes and schlumps and reprobates and the dudes at the seaside Hooters 15 minutes from Gaetz’s Panhandle home of Fort Walton Beach, who might find it OK that their member… showed cell phone photos of nude women he supposedly slept with to other members on the House floor.”

Said one lawmaker: “All parts of the Bell Curve of society are well represented.”

“A member of the First Family publishing a book is not without recent precedent: Ivanka Trump released Women Who Work, a frilly ode to Girl Boss capitalism, in 2017, and her brother Donald Trump Jr. later published Triggered, a rant about woke dogma, and Liberal Privilege, a screed against Joe Biden. But that was just shallow marketing literature designed to promote the Trump brand. In 2021, on the other hand, a genuine gut-spiller from the First Fuckup, detailing in his own words all the major personal issues the right-wing media has tried and failed to weaponize for years — that had the potential to derail a presidency. Yet Hunter Biden’s ballad of the black sheep landed quietly in Washington.”

Said one senior White House official: “I’m shocked. I get stuff on the dogs all the time. I’ve been so surprised I didn’t get anything on Hunter.”

“Whether they had braced for a media frenzy or not, members of the Joe Biden administration report that, internally, the arrival of Hunter’s book (which was ghostwritten by the journalist Drew Jubera) on April 6 was a big nonevent.”

Wall Street Journal: “A Supreme Court decision that threw out the fraud convictions of two political aides to former New Jersey Gov. Chris Christie is rippling through other white-collar cases, possibly buttressing appeals by other defendants who say federal prosecutors have become too aggressive in using antifraud laws to go after dishonest conduct.”

“President Biden will nominate Chris Magnus, the police chief of Tucson, Ariz., and a critic of the Trump administration’s anti-immigration policies, to lead Customs and Border Protection, one of six new installments of leadership at the Department of Homeland Security,” the New York Times reports.

“Roberta Jacobson, the former ambassador to Mexico whom President Biden chose as his ‘border czar’ on the National Security Council, will step down at the end of the month, even as the administration struggles to confront a surge of migrants at the nation’s southwestern border,” the New York Times reports.

Jacobson says she only intended to serve for 100 days but her departure will still raise questions about Biden administration policy.

New York Times: “Lifelines like unemployment insurance and federal stimulus checks were out of reach because undocumented people are ineligible for most government aid. Instead, they have relied on food pantries, lenient landlords and loans from friends.”

“But after a sweeping move by lawmakers this week, New York will now offer one-time payments of up to $15,600 to undocumented immigrants who lost work during the pandemic. The effort — a $2.1 billion fund in the state budget — is by far the biggest of its kind in the country and a sign of the state’s shift toward policies championed by progressive Democrats.”

“Iran’s foreign ministry has blamed Israel for an attack on a nuclear plant, as US intelligence sources claimed the incident would set back Tehran’s nuclear program by nine months,” The Guardian reports

“Israel has not confirmed it was behind a cyber-attack on the heavily guarded Natanz facility, but its security officials have done little to dispel the notion.”

President Biden is preparing to nominate a slate of ambassadors, and among them will be Cindy McCain, the widow of Sen. John McCain (R-AZ) and a key Biden backer in Arizona last year, Politico reports.

McCain is being vetted as the U.S. envoy to the United Nations Food Programme in Rome, a “coveted ambassador post in Western Europe in what would be his administration’s first Republican appointee to a Senate-confirmed position.”

It’s an interesting strategy to nominate ambassadors all at once.

Wall Street Journal: “Median pay for the chief executives of more than 300 of the biggest U.S. public companies reached $13.7 million last year, up from $12.8 million for the same companies a year earlier and on track for a record.”

“Leading progressives like Alexandria Ocasio-Cortez had a choice after they won election in 2018 and expanded their ranks in 2020: challenge Democratic leaders from the sidelines, or get in the game,” Bloomberg reports.

“Now their decision to play by Congress’ rules is giving them clout in a government under unified Democratic control with President Joe Biden.”

“Members of Representative Ocasio-Cortez’s so-called Squad are taking leadership roles in the House and building experience on Capitol Hill, turning them into not just ideological purists but also strategic legislators. They’re gently pushing a bolder Democratic strategy and meeting regularly with White House aides, bringing liberal dreams like a $15 federal minimum wage and a permanent child tax credit within reach.”

He added: “I would identify the principal risk to our economy right now really is that the disease would spread again more quickly.”

“Three months in, Joe Biden’s White House has settled on a firm press strategy: First, do no self-harm,” Politico reports.

“The president is not doing cable news interviews. Tweets from his account are limited and, when they come, unimaginably conventional. The public comments are largely scripted. Biden has opted for fewer sit down interviews with mainstream outlets and reporters. He’s had just one major press conference — though another is coming — and prefers remarks straight to camera for the marquee moments. The White House is leaning more heavily on Cabinet officials to reach the audiences that didn’t tune into his latest Rose Garden event.”

“It’s the Hippocratic Oath for engagement with the fourth estate. And if it means criticism from the press and opponents about Biden’s availability, so be it.”

Meanwhile, the main source of scandal so far in the Biden White House, “Major, one of President Biden’s German shepherds, will be moved from the White House complex to receive training after he was involved in a series of biting episodes,” the New York Times reports.