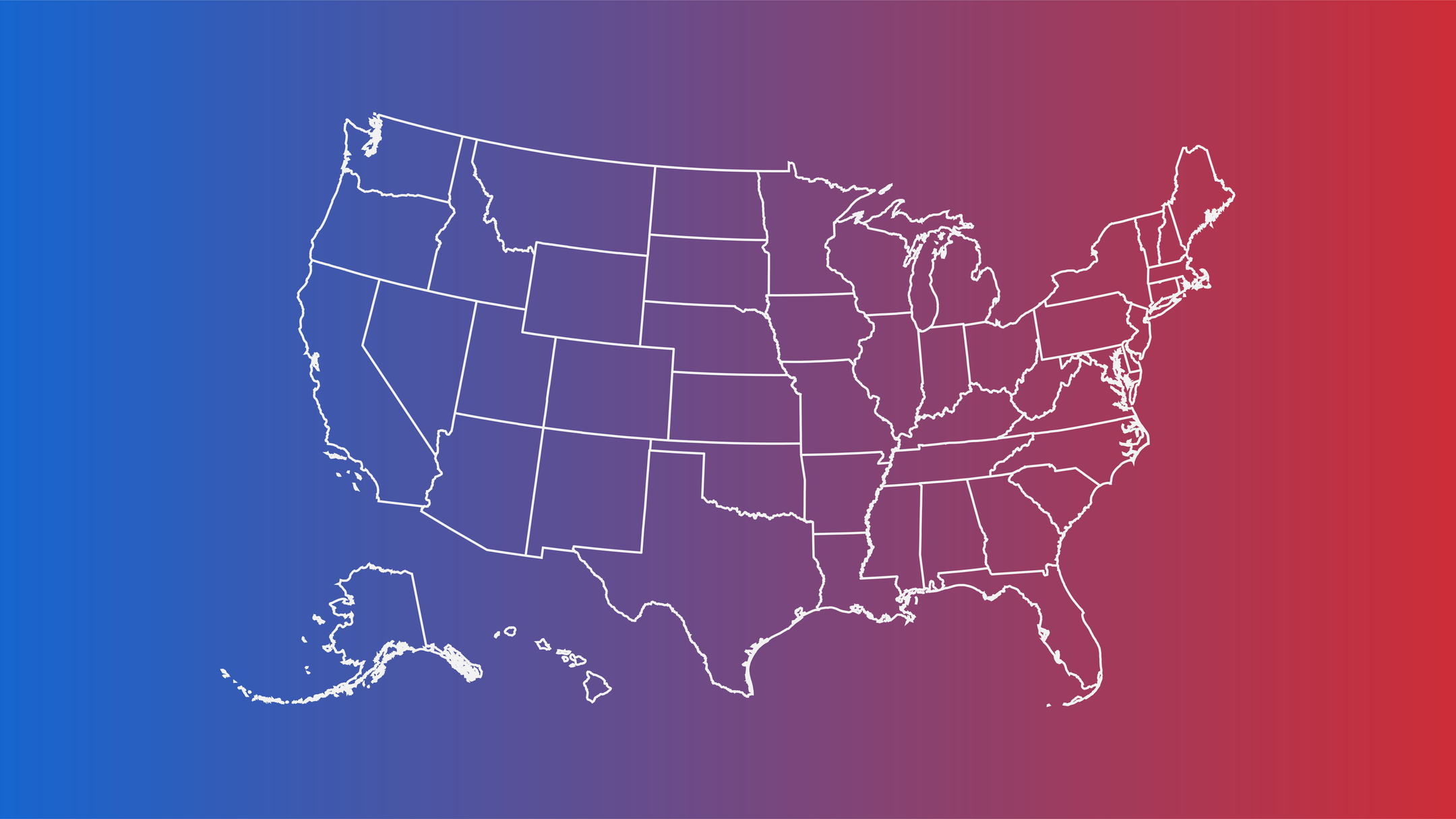 Nate Cohn: “Beyond any provisions on voting itself, the new Georgia election law risks making election subversion easier. It creates new avenues for partisan interference in election administration. This includes allowing the state elections board, now newly controlled by appointees of the Republican State Legislature, to appoint a single person to take control of typically bipartisan county election boards, which have important power over vote counting and voter eligibility.”

“All of this represents an obvious threat to American democracy. And yet the risk of election subversion has been overshadowed by the fight over new restrictions on voting, especially by mail.”

David Hopkins: “The idea of Joe Biden as a depolarizing figure, someone who aimed to transcend rather than exacerbate the nation’s political divisions, was both a dominant rhetorical theme of his campaign and a major strategic premise behind his nomination. In particular, Biden was supposed to be uniquely appealing to the type of white, older, modestly-educated, socially traditionalist voter who had wandered away from the Democratic Party sometime between Barack Obama’s first victory and Hillary Clinton’s last defeat.”

Sean Trende shows off a model that is largely tied to presidential approval ratings in the battleground states where Senate races are happening in 2022.

“As you can see, Biden isn’t that far off a job approval (currently at 52%) where he could see significant gains in the Senate — enough to almost certainly jettison the filibuster and enact a wide-ranging agenda. Just four points higher, at 56%, Democrats would be expected to gain between two and five seats.”

“But he also isn’t that far off a job approval rating where things would go very poorly: If he enters the midterms at 45% — roughly where presidents have been for the last four midterm elections — Democrats would lose between one and four seats, possibly setting Republicans up for a massive Senate majority after the 2024 elections.”

Republican Rep. Steve Stivers, who said earlier this week that he has “a long way to go” before deciding whether to run for Ohio’s open Senate seat, now says he’ll make up his mind around July 4. Stivers hauled in a hefty $1.4 million during the first three months of 2021.

“The first spring donor retreat after a defeat for a political party is typically a moment of reflection and renewal as officials chart a new direction forward,” the New York Times reports.

“But with former President Donald Trump determined to keep his grip on the Republican Party and the party’s base as adhered to him as ever, the coming together of the Republican National Committee’s top donors in South Florida this weekend is less a moment of reset and more a reminder of the continuing tensions and schisms roiling the G.O.P.”

“As former President Donald Trump prepares to make his first appearance in front of a group of the GOP’s top donors since leaving office, some Republican officials and fundraisers fear that his own political group will cannibalize a significant portion of the party’s financial base heading into a critical midterm election cycle,” McClatchy reports.

“Over the course of two campaigns, Trump built up a loyal army of small-dollar donors, who the former president is now encouraging to contribute to the political action committee he formed shortly after his 2020 election defeat, as he seeks to reestablish himself as the leader of the Republican Party and potentially set himself up for another White House run.”

Washington Post: “The GOP is still Donald Trump’s party. The clearest proof of that: It is still finding ways to pay Donald Trump money.”

“Since Trump left office, at least six Republican candidates have held fundraisers at the former president’s Florida properties. This weekend, there will be at least six more events put on by GOP-aligned groups.”

“The events show that Trump has maintained his status as the party’s central figure, even after the violent effort by supporters to overthrown the election results on his behalf, and a post-presidency exile in which he has rarely left his own property.”

KANSAS 3RD CD — Former state GOP chair Amanda Adkins, who’d reportedly been prepping for a rematch with Democratic Rep. Sharice Davids, kicked off a second bid for Kansas’ 3rd Congressional District on Monday. Davids beat Adkins by a convincing 54-44 margin last year, as the district, based in the Kansas City area, moved sharply to the left, going for Joe Biden by the same spread—just eight years after backing Mitt Romney by precisely that margin.

However, last year, then-state Senate President Susan Wagle specifically exhorted supporters to preserve the GOP’s supermajorities in the legislature to ensure Republicans could draw a new congressional map that “takes out Sharice Davids up in the 3rd.” Republicans were in fact successful keeping their two-thirds majorities while also purging some of the moderates in their caucus in last year’s primaries, meaning they’d likely be able to override a veto of any new districts by Democratic Gov. Laura Kelly.

MASSACHUSETTS 9TH CD — The Boston Herald relays that some unnamed observers believe that Republican Lt. Gov. Karyn Polito could challenge Democratic Rep. Bill Keating. Polito and Gov. Charlie Baker are up for a third term in 2022, and there’s been plenty of speculation that Polito could run to succeed her boss should Baker retire.

Polito has said nothing about a potential bid for Congress, though she and her husband notably purchased a $1.8 million second home last month that’s located in Keating’s district. Polito, however, has continued to raise cash for her state campaign account, which is money she could not use on a federal campaign

Keating’s constituency, which includes the South Shore region near Boston and stretches east to Cape Cod, is the most conservative of Massachusetts’ nine congressional districts, though GOP presidential candidates have still struggled here. Joe Biden won 58-40 here last year, which was an improvement from Hillary Clinton’s 52-41 victory in 2016. Legislative Democrats also have more than enough members to pass a new congressional map over Baker’s veto, so it’s unlikely this turf would dramatically change.

ARIZONA U.S. SENATOR — The Arizona Republic reports that Jim Lamon, the chairman of the solar energy company Depcom Power, is considering seeking the Republican nomination to take on Democratic Sen. Mark Kelly, though Lamon has not yet said anything publicly. Lamon does not appear to have run for office before, though a local NBC reporter says that he founded a conservative voter registration group in the state and has spoken to a number of Arizona Republican organizations.

ST. LOUIS MAYOR — City Treasurer Tishaura Jones became the first Black woman elected mayor of St. Louis on Tuesday when she defeated her fellow Democrat, Alderwoman Cara Spencer, 52-48 in the nonpartisan general election. Jones is also the first African American to lead the city since 2001, when Francis Slay unseated incumbent Clarence Harmon in the Democratic primary under the city’s old voting system, as well as the first single mother to hold this office.

LOUISIANA 2ND CD — State Sen. Karen Carter Peterson earned an endorsement on Wednesday from New Orleans Mayor LaToya Cantrell, a longtime ally, ahead of the April 24 all-Democratic primary. New Orleans, which is coterminous with Orleans Parish, makes up about 40% of the 2nd District and was responsible for 50% of all ballots cast in the first round of voting on March 20.

NEW MEXICO 1ST CD — Republican-turned-independent Aubrey Dunn is out with his first TV spot ahead of the June 1 special election, and the former land commissioner’s messaging seems designed to appeal to voters from his old party. Dunn insists that his opponents “follow their party lines no matter how extreme” before proceeding to employ right-wing rhetoric about “[t]he border crisis, liberal abortion laws, defund the police and Nancy Pelosi.” There is no word on the size of the buy.

Republican state Sen. Mark Moores has released his first TV ad for the June 1 special election, and it’s really confusing. The only topic it covers is the fact that he used to play football for the University of New Mexico some 30 years ago, but it also features a bunch of unidentified white guys—all wearing red polo shirts—talking directly to the camera (former teammates?) without making it particularly clear which one even is Mark Moores until the very end of the spot (aside from a quick chyron when the actual Moores first speaks). The ad also doesn’t mention Moores’ party affiliation, which makes sense given that New Mexico’s solidly blue 1st District voted for Joe Biden 60-37 last year.