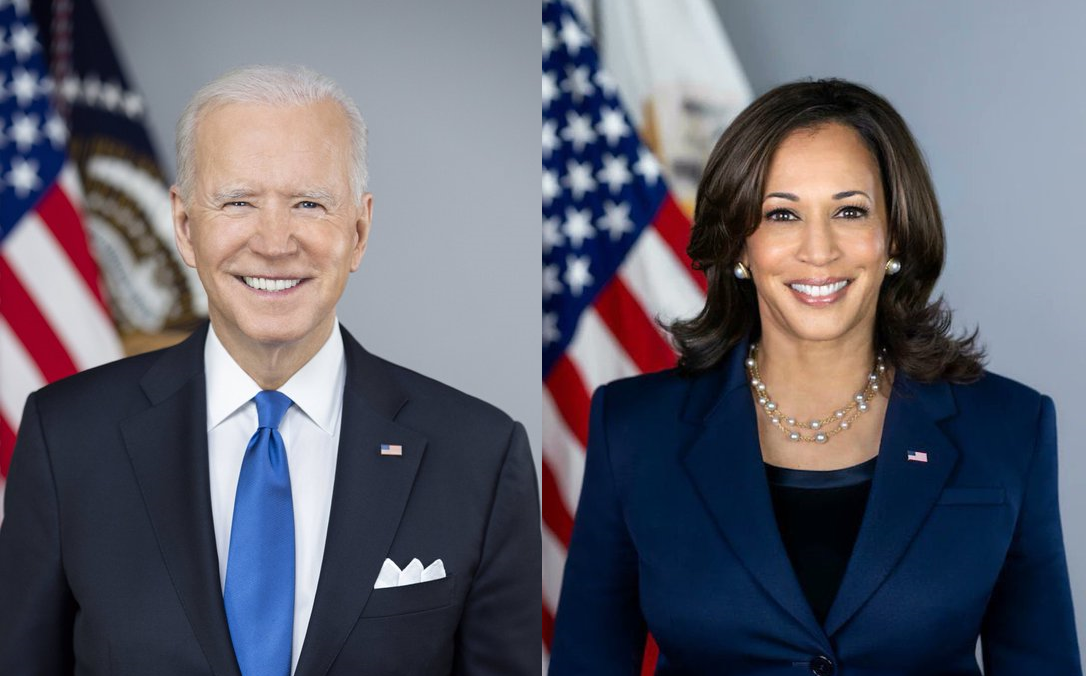 “The request marks Biden’s first-ever proposal for discretionary spending, a precursor to a fuller, annual budget slated later in the spring that will also address programs like Social Security, Medicare, and Medicaid. The president’s early blueprint calls for a nearly 16 percent increase in funding across non-defense domestic programs, reflecting the White House’s guiding belief that bigger government — and spending — can close the country’s persistent economic gaps.”

Politico: “One of Biden’s all-time favorite sayings is ‘Don’t tell me what you value; show me your budget, and I’ll tell you what you value.’”

“What Biden values, according to this plan, is a sharp break with the past when it comes to how Democrats think about federal spending. The White House is making it clear that fears about deficits are outdated, any pivot to austerity after the recent surge of spending is a non-starter, and the era of budget caps is over. Biden’s embrace of these views isn’t completely new, but it’s always been a little awkward for him to discuss because it’s an implicit admission of the failure of policies that defined the post-2010 Obama-Biden administration…”

“The Biden presidency is clearly a rejection of almost everything that Trump stood for, but what’s not often stated is that, when it comes to economic policy and federal spending, it’s also a rejection of much of what Barack Obama stood for as well.”

“President Biden on Friday will order a 180-day study of adding seats to the Supreme Court, making good on a campaign-year promise to establish a bipartisan commission to examine the potentially explosive subjects of expanding the court or setting term limits for justices,” the New York Times reports.

Daily Beast: “In two late-night Venmo transactions in May 2018, Rep. Matt Gaetz sent his friend, the accused sex trafficker Joel Greenberg, $900. The next morning, over the course of eight minutes, Greenberg used the same app to send three young women varying sums of money. In total, the transactions amounted to $900.”

Federal prosecutors investigating Rep. Matt Gaetz over sex-trafficking allegations are also considering whether he talked about running a fake candidate in a Florida Senate election to skew the results, the New York Times reports.

“The aide, Devin Murphy, resigned as Mr. Gaetz’s legislative director on Friday. He told associates that he was interested in writing bills, not working at TMZ — equating the work that Mr. Gaetz’s aides were now handling to the tabloid publication.”

“The House Ethics committee said it would launch an investigation into Rep. Matt Gaetz (R-FL), who has been accused of a sexual relationship with an underage girl, among a litany of other things,” the Washington Post reports.

“Rep. Adam Kinzinger became the first congressional Republican to call on his colleague from Florida, Rep. Matt Gaetz, to resign in the face of a federal investigation into sex trafficking allegations,” CNN reports.

Sen. Joe Manchin (D-WV) “flashed a warning sign for President Biden’s infrastructure ambitions this week, renewing his pleas for fellow Democrats not to ram through a large spending bill without first working to compromise with Republicans who have panned the president’s plans,” the New York Times reports.

“In a divided Washington, the chances that such a compromise will materialize are slim — at least for a sprawling spending plan of up to $4 trillion, as Mr. Manchin, a pivotal swing vote in the Senate, and administration officials favor. But even so, Mr. Manchin’s calls for bipartisanship were less an insurmountable obstacle for Democrats than a road map for Mr. Biden if he wants his party’s tiny congressional majorities to deliver him another economic policy victory.”

“It involves reaching out to Republicans to explore possible areas of compromise while laying the groundwork to steer around them if no such deal materializes.”

She also says that while she’ll listen to suggestions on paring back the size of the proposal, that the overall package “it can’t be too small.”

“America’s financial titans are coming to a consensus: We are on the early edge of the biggest economic boom since World War II, with the promise of years of growth after the privation of the pandemic,” Axios reports.

“They might be wrong, but all point to the same data — this expansion will be kickstarted by trillions in spending from presidents Trump and Biden, the Fed’s easy money, and piles of cash that consumers and companies accumulated during the COVID shutdown.”

Remember when Donald Trump predicted the stock market would crash if Joe Biden became president? Well, the S&P 500 and Dow Jones Industrial Average hit all-time highs this week — up roughly 8% since Biden was elected. More important, nearly every economist is predicting historic economic growth over the next two years.

Goldman Sachs last month raised its U.S. growth projection for this year to 8%, which would be the largest economic expansion in generations. JPMorgan CEO Jamie Dimon said in his annual shareholder letter: “This boom could easily run into 2023 because all the spending could extend well into 2023.”

The surge in economic activity is driven by massive amounts of government stimulus, low interest rates and consumer spending that was deferred during pandemic lock downs. However, none of this optimism would exist without Biden’s laser focus on trying to end this pandemic.

Presidents frequently try to claim credit for a good economy and it’s usually not entirely clear if their policies had anything to do with it. But if these economic forecasts materialize, that won’t be true this time.

Politico: “To defray the cost of their $2 trillion infrastructure spending plan, they are turning to one of the densest, most impenetrable parts of the tax code in search of revenue. They want to raise hundreds of billions of dollars by changing the arcane rules governing how multinational corporations do their taxes.”

“It is a section of the tax system that even gives tax experts trouble, and it comes with a vernacular that will mean nothing to most lawmakers: GILTI, QBAI, earnings stripping, intangible income, Subpart F, transfer pricing, FDII, BEAT… Most members of Congress don’t understand the first thing about the international corporate tax system and won’t have the bandwidth to figure it out — which should make Democrats’ proposals easier to approve.”

McClatchy: “Republican and Democratic strategists alike say at stake in the argument over taxes is whether wealthy, suburban voters were only temporary Democratic supporters because of Trump and the pandemic, or whether they’re poised to snap back to the GOP in coming elections.”

Times of London: “Russia has moved troops, tanks and heavy artillery to a new base about 150 miles from the Ukrainian border, stoking fears of a military offensive. It is thought to be Russia’s biggest show of force in the area since 2015, when Ukraine and Kremlin-backed separatists signed a peace deal to end fighting in the eastern Donbass region.”

Hal Brands: “Over the past century, globally ambitious autocracies have frequently made two fatal mistakes. First, they have underestimated the U.S., a country whose shambolic democracy masks its tremendous resilience and strength. Second, they have failed to see how their own aggressive behavior will, eventually, drive their multiplying enemies together. Judging by recent events, Xi Jinping’s China is making both mistakes at once.”

“I’m actually okay at 28%. The level we got to in our tax plan on the corporate side was actually a bit lower than we needed to go… I always thought that a compromise rate in the mid 20’s made sense.”  — Former Trump economic advisor Gary Cohn, quoted by Yahoo Finance in June of 2020, on raising the corporate tax rate.

“Gov. Gavin Newsom is making a big, risky bet on his future. The bet shows who Newsom thinks his enemy is as he faces a likely recall campaign against him,” San Francisco Chronicle reports.  “It isn’t the Republicans who may replace him. It’s Newsom versus the virus.”

“It’s a gamble, and Newsom has made and won big gambles before. He was at the forefront of the legalization of same-sex marriage and marijuana before it was politically cool to do so.”

President Joe Biden is thanking naturalized Americans for “choosing us” in his official video message to the nation’s newest citizens, the AP reports.  Said Biden: “I want to thank you for choosing us and believing that America is worthy of your aspirations.”

Max Boot: “We won’t transform our political system anytime soon. In the meantime, centrists have a binary choice: Support either an increasingly extremist and obstructionist Republican Party or a Democratic Party that, under President Biden, is working to solve our most pressing problems.”

“Biden is governing from the ‘new center’ while Republicans are increasingly catering to the far right with shrill, divisive rhetoric and antidemocratic actions such as bills to restrict voting. Under those circumstances, those of us on the center-right can’t afford a third-party flirtation. We need to become Biden Republicans.”

Several former Trump officials told the Washington Post that “the job climate was even more difficult than they believed it would be, and both former vice president Mike Pence and Trump have kept a coterie of staffers still on their payrolls, some because they have not been able to find other work. Some seem to have disappeared.”

“Kirstjen Nielsen, the former head of Homeland Security who is linked to the family separation scandal at the border, sold her house in Washington, and moved in hopes that fewer people would recognize her in public. Mark Meadows, the president’s former chief of staff, changed his longtime cellphone number. A number of other Cabinet secretaries have struggled to find jobs.”

“Amazon employees in Alabama voted not to unionize, handing the tech giant a victory in its biggest battle to date against labor-organizing efforts after the contest fueled national debate over working conditions at one of the nation’s largest employers,” the Wall Street Journal reports.

“Israeli President Reuven Rivlin gave Prime Minister Benjamin Netanyahu the mandate to form a coalition on Tuesday morning, after the Likud leader received the most recommendations from his fellow members of Knesset,” the Jerusalem Post reports.  This seems likely to fail as Netanyahu still doesn’t have a majority in the Knesset.