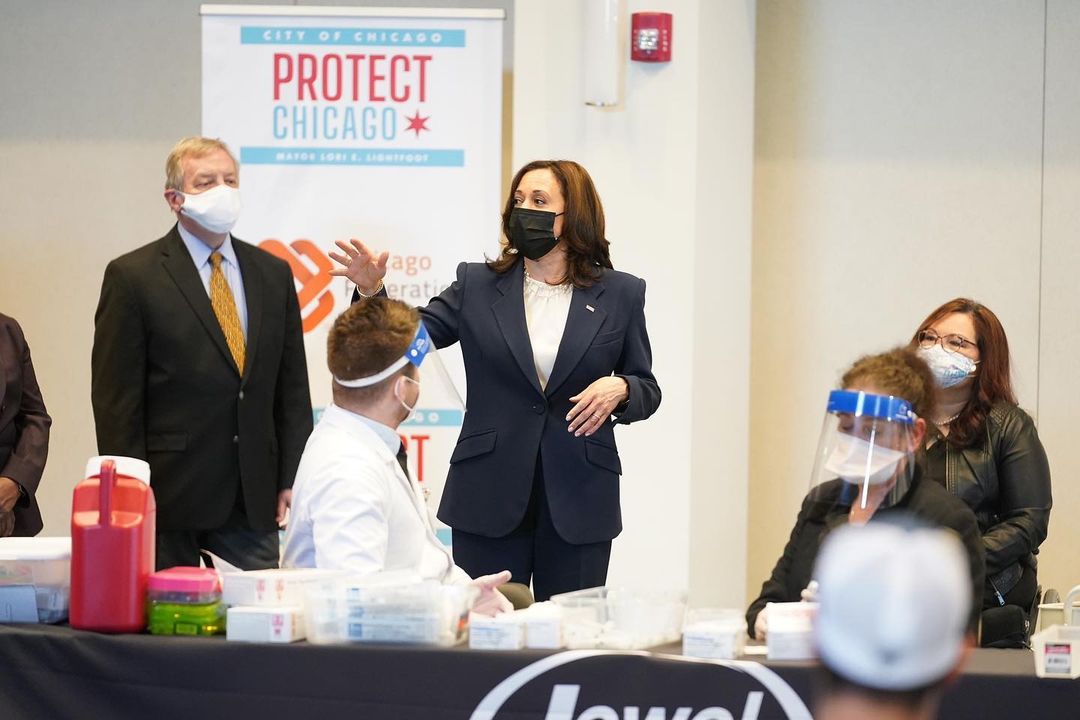 A new Reuters/Ipsos poll finds President Joe Biden’s $2 trillion infrastructure plan is loaded with initiatives that are widely popular on their own, but public support declines when the initiatives are sold as a Biden-backed plan.

For instance, 79% support an overhaul of highways and bridges, 71% want high speed internet access, 68% want to replace lead pipes and 66% back renewable energy. In additon, 64% supported a tax hike on corporations to pay for the plan and 56% supported ending tax breaks for the fossil fuel industry.

However, just 45% of Americans said they would support an infrastructure plan that was “recently released by the Biden administration.”

We saw the same phenomenon when polling “Obamacare” vs. the “Affordable Care Act.”

Gallup said the jump comes mostly from Republicans leaving the party at the end of President Donald Trump’s tenure. Only 25% of U.S. adults firmly identify with the Republicans, down from 29% late last year.

PENCE 2024 — Former Vice President Mike Pence launched Advancing American Freedom, a policy and advocacy organization “to promote the pro-freedom policies of the last four years,” Axios reports. The organization has an advisory board of prominent Republicans, presumably ones who don’t want to hang him

New York Magazine: “There are now five vacancies in the U.S. House of Representatives… So the 222-213 margin by which Democrats originally held the House after the 2020 elections is currently at 218-212, pending special elections in May (Louisiana and Texas), June (New Mexico), and November (Ohio), with Florida’s date not yet established. The Texas and New Mexico districts are somewhat competitive but lean Republican and Democratic, respectively. The rest are not competitive.”

“Assuming the May special elections go as expected and cancel one another out, between now and June, Pelosi can afford to lose only two Democratic votes and still enact legislation.”

“Florida law requires local party leaders to hold a meeting about filling the vacancy created by Rep. Alcee Hastings’s (D) death within five days, but Gov. Ron DeSantis (R) has wide discretion on when a special election can be called,” the Washington Post reports.

“In 2014, when a House Republican from southeast Florida resigned, then-Gov. Rick Scott scheduled a primary for three months later, and a general election, which the GOP nominee won easily, two months after that.”

“Yet Republicans seem far more interested in demonizing Coca-Cola and Major League Baseball these days than they are in bashing the vice president. They didn’t even bother to make the case that she was under-qualified during the campaign, even though she was only in her fourth year in the Senate. Surely that would’ve been an easy line of attack. Surely, you’d think, the audience for Republican-aligned media would be interested?”

“Acton had toyed with the idea of running for the retiring Republican’s position, but said in a statement that she had decided against a bid. Top Democrats around the state had been trying to lure her away from the private sector to make a run for office.”

CALIFORNIA GOVERNOR — Former reality TV star Caitlyn Jenner is talking with political consultants as she actively explores a run for governor of California against Gov. Gavin Newsom (D) in a recall, Axios reports.

SOUTH CAROLINA 1ST CD — Conservative TV host Eric Bolling tells Politico he has ruled out waging a primary challenge to Rep. Nancy Mace (R-SC). Mace is part of a group of House Republicans who Trump allies have accused of being disloyal to the former president.

“Her office stated these actions will ensure every Atlanta resident can exercise their right to vote.”

“The order will enact efforts to develop a plan within the city’s authority to expand opportunity and access to the ballot box.”

Roll Call: “House Democrats signaled Tuesday that they will be taking a conservative approach to picking up seats next year as they defend their narrow majority and fight historical headwinds facing the party in control of the White House during a midterm election.”

“The initial target list from the Democratic Congressional Campaign Committee includes one open seat and only 21 Republican-held districts where the party will be focusing its resources over the next two years.”

“The Republican National Committee is requiring attendees of the party’s spring donor retreat in Florida to get tested for the coronavirus and submit proof of a negative result as a condition for gaining entry to the event,” the Washington Examiner reports.

What about a vaccine passport?

“This finding is a testament to the power of the issue and massive indictment of America’s information ecosystem. Dr. Seuss’s books weren’t banned. It’s a completely fake issue driven by blow-dried blowhards on cable and MAGA grifters on Facebook. Yet, it received as much attention as the passage of a historic piece of legislation that will put checks in people’s bank accounts and shots in their arms.”

“They just completely reinvented a coalition and their messaging overnight has gone from an Episcopalian, Presbyterian, white party to rural and non-college. They don’t want to talk about free trade or anything like that. And Biden is not this polarizing figure. I mean, you can’t gin it up. I mean Obama, for obvious reasons, he could get them all ginned up. They try to get a charge out of Biden, but it just doesn’t work that well.” — James Carville, quoted by the Daily Beast, on why Republicans have had a difficult time opposing President Biden’s agenda.