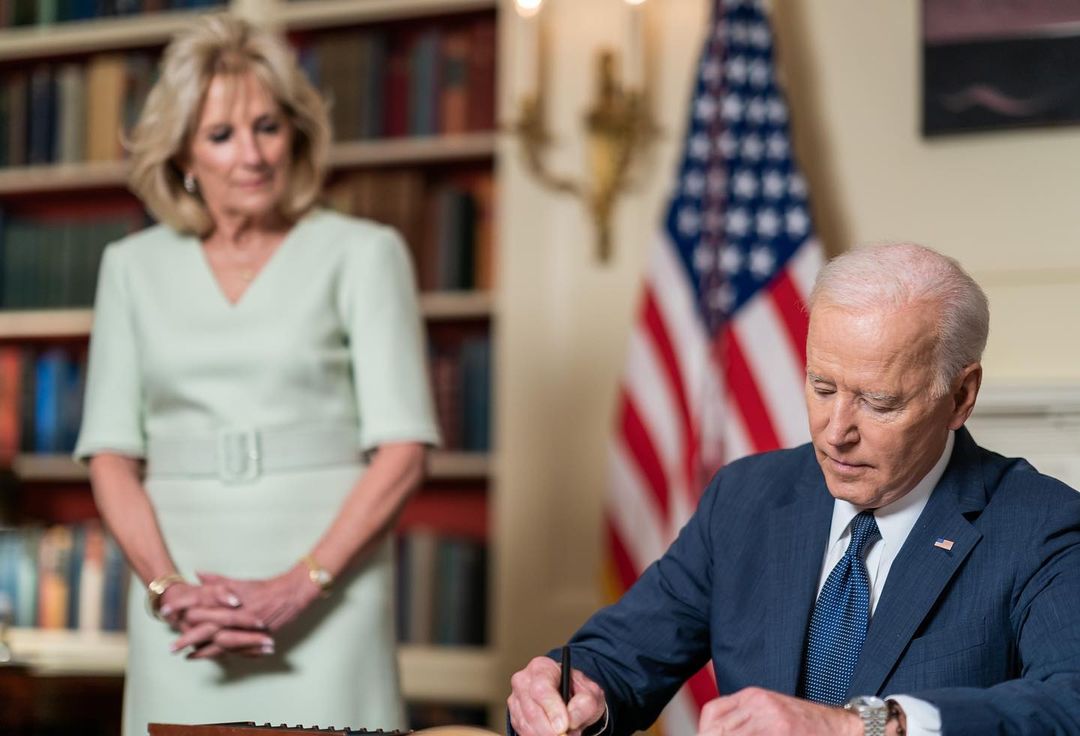 “Republicans are publicly airing a wish list of bills they could pass in a future GOP-controlled Senate free of the filibuster, a warning shot intended to curb Democrats’ growing enthusiasm for abolishing the 60-vote threshold to advance most legislation,” the Wall Street Journal reports.

“Other possibilities, according to Mr. McConnell and fellow Senate Republicans: anti-abortion bills, tighter election and immigration laws, loosening of environmental regulations, concealed-carry gun reciprocity in all 50 states and the District of Columbia and defunding cities that have adopted so-called sanctuary policies to limit cooperation with immigration authorities.”

Wall Street Journal: “Republicans face less grass-roots pressure to kill off the filibuster. Many of their top priorities, such as confirming judges, repealing the Affordable Care Act or cutting taxes, already can be pursued with just 51 votes, since a simple majority is sufficient to confirm nominees, and a fast-track process, known as reconciliation, exempts budget-related bills from the 60-vote threshold.”

“Just as the Biden administration is pushing to raise taxes on corporations, a new study finds that at least 55 of America’s largest paid no taxes last year on billions of dollars in profits,” the New York Times reports.

“The sweeping tax bill passed in 2017 by a Republican Congress and signed into law by President Donald J. Trump reduced the corporate tax rate to 21 percent from 35 percent. But dozens of Fortune 500 companies were able to further shrink their tax bill — sometimes to zero — thanks to a range of legal deductions and exemptions that have become staples of the tax code.”

Sen. Jon Ossoff (D-GA) in a statement to National Review: “I absolutely oppose and reject any notion of boycotting Georgia. Georgia welcomes business, investment, jobs, opportunity, and events. In fact, economic growth is driving much of the political progress we have seen here. Georgia welcomes the world’s business.”

“Corporations disgusted like we are with the disgraceful Voter Suppression bill should stop any financial support to Georgia’s Republican Party, which is abusing its power to make it harder for Americans to vote.”

“The White House says it no longer has custody of the documents House Democratic investigators sought to shed light on the inner workings of then President Donald Trump’s top aides in the lead up to, and on the day of, the January 6 attack on the US Capitol,” CNN reports.

Wrote White House counsel Dana Remus: “It has been the longstanding practice for all White House records to be transferred to the custody of the National Archives and Records Administration at the end of each President’s tenure.”

CBS News: “A Trump-era plan to cut food stamps is now off the table after the Biden administration said it is abandoning a previous plan to tighten work requirements for working-age adults without children. Those restrictions were projected to deny federal food assistance benefits to 700,000 adults, a proposal that had drawn strong condemnation from anti-hunger advocates.”

Associated Press: “These are busy days for Republican state attorneys general, filing repeated lawsuits that claim President Joe Biden and his administration are overstepping their authority on immigration, climate change, the environment and taxes.”

“Most of the action is in federal courts where former President Donald Trump was able to appoint conservative judges. The strategy harks back to what Democrats did during Trump’s presidency, heading to court in New York, California, Maryland and other states where they were likely to receive a friendly reception.”

“Alabama’s decades-old ban on yoga in public schools could stay in place a little longer following push-back from conservative groups,” the AP reports.

“The Alabama Senate Judiciary Committee on Wednesday did not advance the bill after a public hearing in which representatives from two conservative groups objected, saying they were worried it could lead to the promotion of Hinduism or guided meditation practices.”

“The deaths of nearly 200 people are linked to February’s cold snap and blackouts, making the natural disaster one of the worst in Texas this past century,” the Houston Chronicle reports.

“The tally, which is nearly double the state’s official count, comes from an investigation of reports from medical examiners, justices of the peace and Department of State Health Services, as well as lawsuits and news stories.”

Bloomberg: “House Speaker Nancy Pelosi backed a move to put a repeal of the $10,000 cap on state and local tax deductions in the infrastructure and social-spending program that Democrats are hoping to pass as soon as this summer.”

House Republicans are pressing the Justice Department for a “confidential briefing” on Democratic allegations that some GOP lawmakers provided “suspicious” tours to possible rioters in the days before the January 6 attack on Congress, Politico reports.

White House chief of staff Ron Klain told Politico that bipartisanship on legislation is nice, but it’s not the objective.

Said Klain: “Let’s work together and see if there’s a way for us to deliver this. In the end, let me be clear, the president was elected to do a job. And part of that job is to get this country ready to win the future. That’s what he’s going to do. We know it has bipartisan support in the country. And so we’re going to try our best to get bipartisan support here in Washington.”