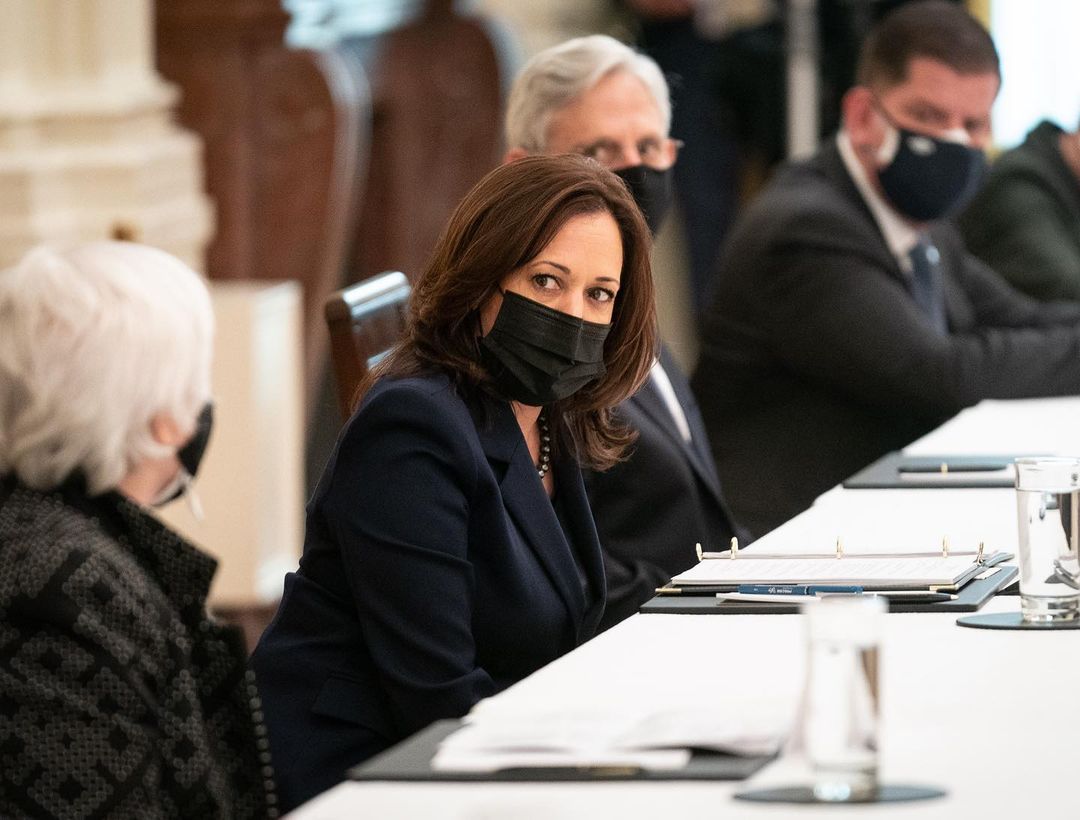 The first fundraising quarter of the year, covering the period of Jan. 1 through March 31, has come to an end, and federal candidates will have to file campaign finance reports with the FEC by April 15. But as per usual, campaigns with strong hauls are leaking numbers early, which we’ve gathered below.

“All those efforts are rolled into a single bill that cleared the GOP-controlled state Senate — a key marker in a campaign by Republicans, including Gov. Greg Abbott, to impose new restrictive measures over elections in America’s biggest red state.”

Associated Press: “American Airlines, which is based in Fort Worth, came out against restrictive voting measures that have a favorable path to reaching Republican Gov. Greg Abbott’s desk in the coming weeks.”

“Public opposition from the airline came after a package of sweeping elections changes cleared the GOP-controlled Senate and, notably, a day after some of Georgia’s most prominent corporate leaders came out publicly against a new election law after civil rights activists criticized their silence.”

Matt Lewis: “What had been (in the days of Ronald Reagan and Jack Kemp) an optimistic philosophy has metastasized. We are left with a right wing that is animated by despair, desperation, and an inevitable belief in American decline. We have been hearing this sort of clamoring since 2016, culminating with the Capitol insurrection on Jan. 6. But there was always the hope it would dissipate if or when Donald Trump left the White House.”

“But sadly, Trump’s exit has done little to quell the incipient thirst for authoritarianism from many on the right. Indeed, the fever seems to be getting worse.”

“Facebook removed a video featuring former President Donald Trump, citing his indefinite suspension from the platform,” NBC News reports.  “The removal tests just how far Facebook is willing to interpret its suspension, which followed the insurrection at the U.S. Capitol on Jan. 6. The video featuring Trump was posted by his daughter-in-law, Lara Trump, who was interviewing the former president.”

Politico: “A list of more than 80 upcoming fundraisers for House Democrats sent out by the Democratic Congressional Campaign Committee on Friday includes no in-person events…”

“A list of upcoming fundraisers sent out by the National Republican Congressional Committee on Friday lists 204 upcoming events, more than half of which are described as ‘in person.’”

Broun was elected to the House in a 2007 special election, and he quickly emerged as the go-to guy for far-right quips, including his infamous 2012 proclamation that “[a]ll that stuff I was taught about evolution, embryology, Big Bang theory, all that is lies straight from the pit of hell.” It was Broun’s career that soon descended into the pit of hell, though. In 2014, Broun gave up the 10th District to run for an open Senate seat, but he finished a weak fifth in the primary with just 10% of the vote.

Two years later, Broun relocated to the adjacent 9th District and challenged incumbent Doug Collins for renomination, but the former congressman failed to raise much money and lost by a lopsided 61-22 margin. Broun tried again in the 9th last year when Collins left to mount a failed Senate bid of his own, but Broun ended up taking fourth in the primary with 13%.

Nathan Gonzales: “It’s a good thing Republicans hoping to take control of the Senate next year don’t need to pick up more than one seat, because there’s a dearth of takeover options. Indeed, the Senate battleground at this point in the cycle has been smaller only once in the past 22 years.”

“At the outset of the 2022 midterm elections, eight states are competitive, with each party holding four seats that look initially vulnerable. Democrats are on defense in Georgia, Arizona, New Hampshire and Nevada, while Republicans are defending Pennsylvania, Wisconsin, North Carolina and Florida.”

“Just a few months into the cycle, five Republican senators have announced that they will not seek reelection, but those decisions haven’t altered the color or the shape of the initial Senate battleground.”

Jennifer Rubin: “The media, it seems, are caught in a Republican framing of policy that does not match reality. There is not a hue and cry over a mammoth infrastructure bill. To the contrary, it is super popular. And Republicans might want to stop harping on the tax increases: Those make the bill even more popular.”

“By shifting Trump’s rhetoric from immigration to fears around the economic impact of shutdowns, the virus gave conservative and low-information Latino voters a permission structure to back Trump even if they shunned him in 2016.”

New York Times: “Go page by page through Georgia’s new voting law, and one takeaway stands above all others: The Republican legislature and governor have made a breathtaking assertion of partisan power in elections, making absentee voting harder and creating restrictions and complications in the wake of narrow losses to Democrats.”

“The New York Times has examined and annotated the law, identifying 16 provisions that hamper the right to vote for some Georgians or strip power from state and local elections officials and give it to legislators.”

CBS News: Which states will be next?

WISCONSIN U.S. SENATOR — Politico: “It’s not only that Democrats see Sen. Ron Johnson (R-WI) as finally ripe for defeat after closely aligning himself with former President Donald Trump’s penchant for incendiary rhetoric. They also want to make a point that Johnson’s confrontational style is no longer a fit in his perennial swing state.”

“Officially, Senate Republicans want him to run again. But Johnson has a frigid relationship with Senate Minority Leader Mitch McConnell … McConnell is eager for Johnson to make a decision soon… Republicans want clarity because they are already defending an open seat in a state Joe Biden carried in last year’s presidential race, in Pennsylvania. With the Senate equally divided at 50 seats for each party, a single race in a swing state like Wisconsin could determine the majority in 2023.”

In an initial round of voting held among 200 party leaders on Tuesday, Sedillo Lopez led Stansbury 37% to 22%, eliminating six other candidates and sending the two leaders to a runoff. That advantage appeared to give an edge to Sedillo Lopez, the more vocally progressive of the pair, but Stansbury pulled out a 51-48 victory the next day (one delegate abstained).

The 1st District backed Biden by a 60-37 margin in 2020, an improvement from Hillary Clinton’s 52-35 showing four years earlier. That makes the 1st, which is centered around Albuquerque, considerably more Democratic than the bluest district held by a Republican anywhere in the nation (California’s 21st, which backed Biden 54-44). It was also the first time ever that the 1st gave a higher share of the vote to the Democratic candidate for president than the neighboring 3rd.

Making life even more difficult for the GOP, two other right-leaning candidates will also be on the ballot: Libertarian Chris Manning, who took 5% in a 2018 bid for the 3rd District, and independent Aubrey Dunn, an ex-Republican who was elected state land commissioner in 2014 but switched to the Libertarians in 2018 while still in office. Candidates are required to file first-quarter fundraising reports with the FEC by April 15, so we’ll get a better sense then whether there’s any Republican enthusiasm over the possibility of an upset.

PENNSYLVANIA U.S. SENATOR– Democratic state Sen. Sharif Street, who last month said he’d set up an exploratory committee for a possible Senate bid in April, has now done exactly that. (Candidates often wait until after the end of a quarter to set up a campaign committee with the FEC, which lets them avoid having to file a fundraising report for what might be a short and unrepresentative time period.) Street previously said he wouldn’t make a final decision until some unspecified time later this year.

Rep. Brendan Boyle (D-PA) announced on Friday that he will forgo a bid for an open and highly contested Pennsylvania Senate seat, The Hill reports.